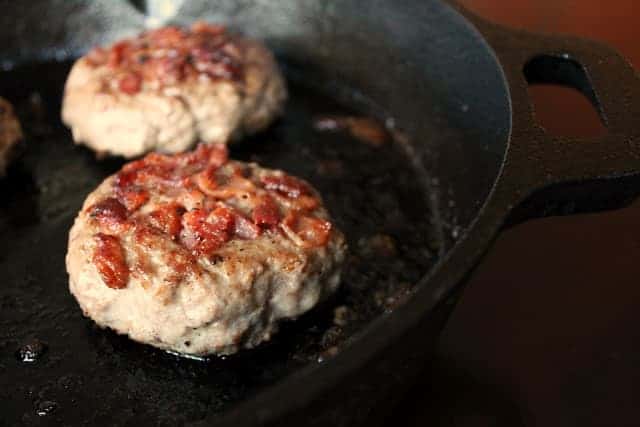 It's probably no surprise, if you look at the patterns in my recipe posts, that meat doesn't really rank high on my list of favorite foods. {I'm pretty sure the hierarchy starts with cheesecake, with Nutella as a close second, followed by brie, and then alternating between other sweets, cheeses, and breads... }.

I don't eat red meat at all. Haven't for years and don't miss it one bit. Not for any moral reason, or for health purposes, but more because I stopped eating it long ago and never had the urge to start up again.

You'll find chicken, turkey, lean pork, and fish on our table when we're looking to fill the protein requirement, but I've often thought that I could probably go vegetarian pretty easily.

I'm pretty sure I will be getting a craving for turkey burgers now that I've created and eaten these.

{Have you noticed that my recipe titles get longer & longer?!}

I made these on a complete whim, bored with the same old turkey burgers we always have and trying to use up a pear that looked like it only had a few hours left before it would need to be trashed. 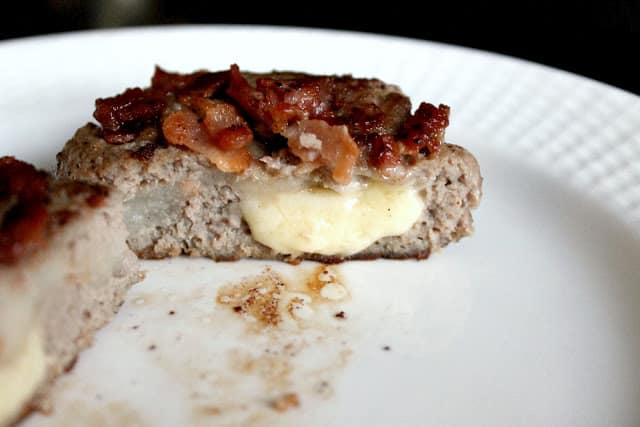 We eat our burgers plain {no bun} around here, but I can imagine these would be fantastic nestled into a fresh bun as well. We obviously didn't even notice the lack of carbs. {And notice our feeble attempt at negating the bacon by adding some roasted asparagus to the dish. Ha.} 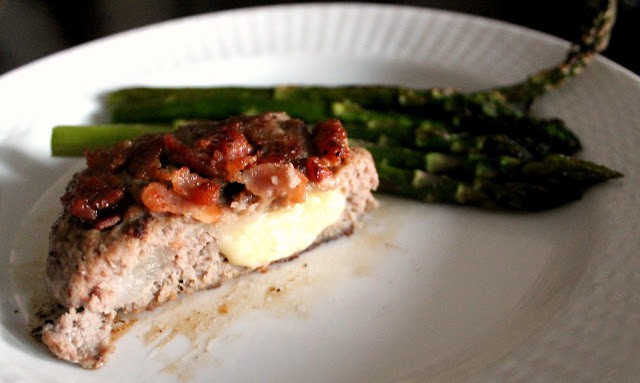 Turkey Burgers may have just moved up on the favorites list. {Don't worry, Nutella, you're still safe.} 😉

Divide into four portions, and form each portion into 2 pieces. Gently flatten turkey into a patty and place cheddar cheese and pear on bottom half. Form another patty and place on top of cheese  and pear, sealing edges and patting to make sure filling is completely encased.

Heat a cast iron skillet over medium heat. Add bacon to skillet and cook until browned and crisp. Remove bacon from pan and place on a plate with a folded paper towel to drain.*

When bacon pieces are cool enough to handle, place approximately 1 tablespoon on top of each stuffed burger and press lightly into patties to make it stick.

Place stuffed patties in rendered bacon drippings and cook 5-7 minutes or until browned. Flip burgers onto bacon side and cook for another 4-6 minutes. {Because these are thick burgers, they may not be completely cooked through. If this is the case, turn down the heat and allow to cook through, or place cast iron skillet in a 375 degree oven for 5 minutes or until completely cooked.}

*I have to confess, originally I was going to add the bacon pieces to the ground turkey before forming patties, but I forgot... so the burgers became "bacon crusted" instead as an afterthought. Feel free to do it your way!