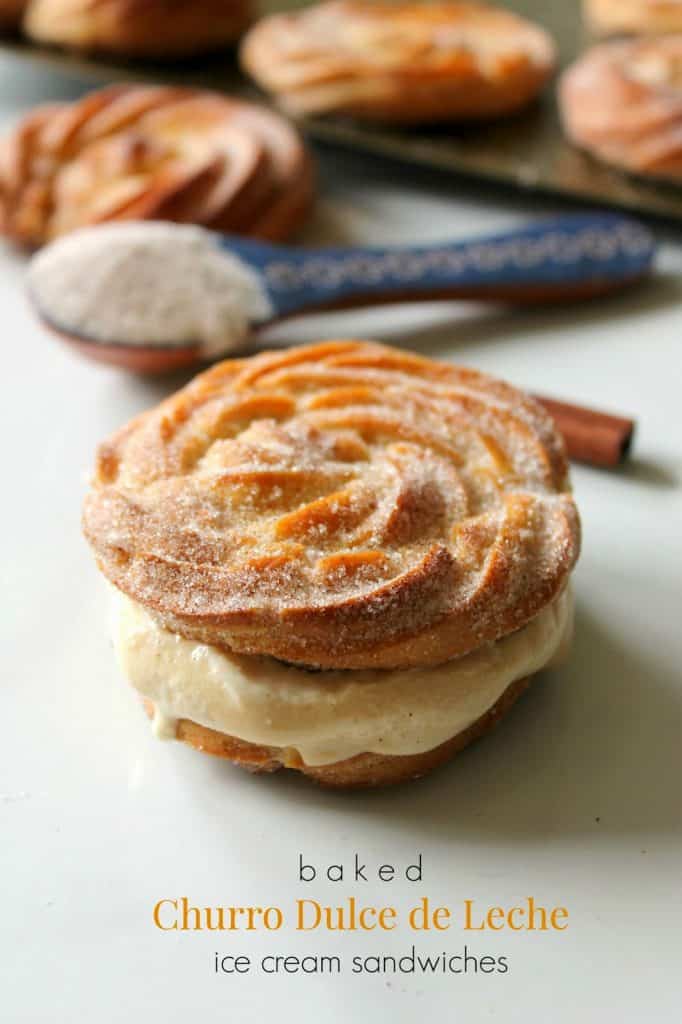 If you clicked over here because of the title of this post, you can stop rubbing your eyes. You read that correctly!

Most of the time, my recipe ideas come while I'm doing something else -- laundry, vacuuming, changing a diaper {I promise I won't tell you if that's the case...}. But sometimes when I'm having a hard time coming up with something new, I'll start playing word associations until inspiration strikes. 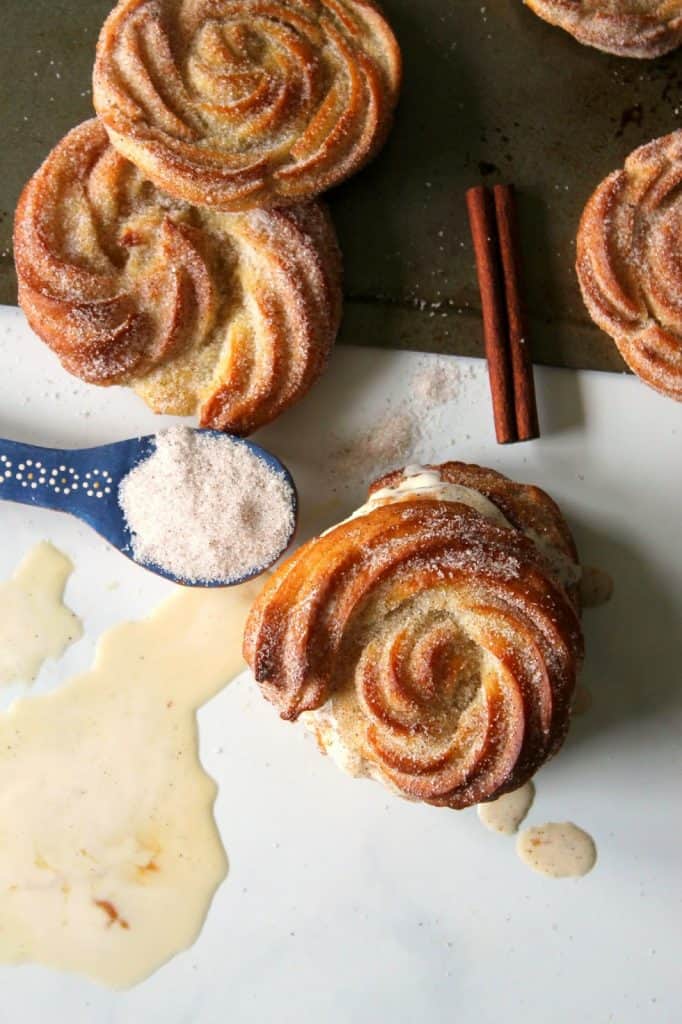 With Cinco de Mayo coming up {and the weather being pretty hot and steamy where I live}, this just evolved naturally. As will your trip to the grocery store to get the ingredients... 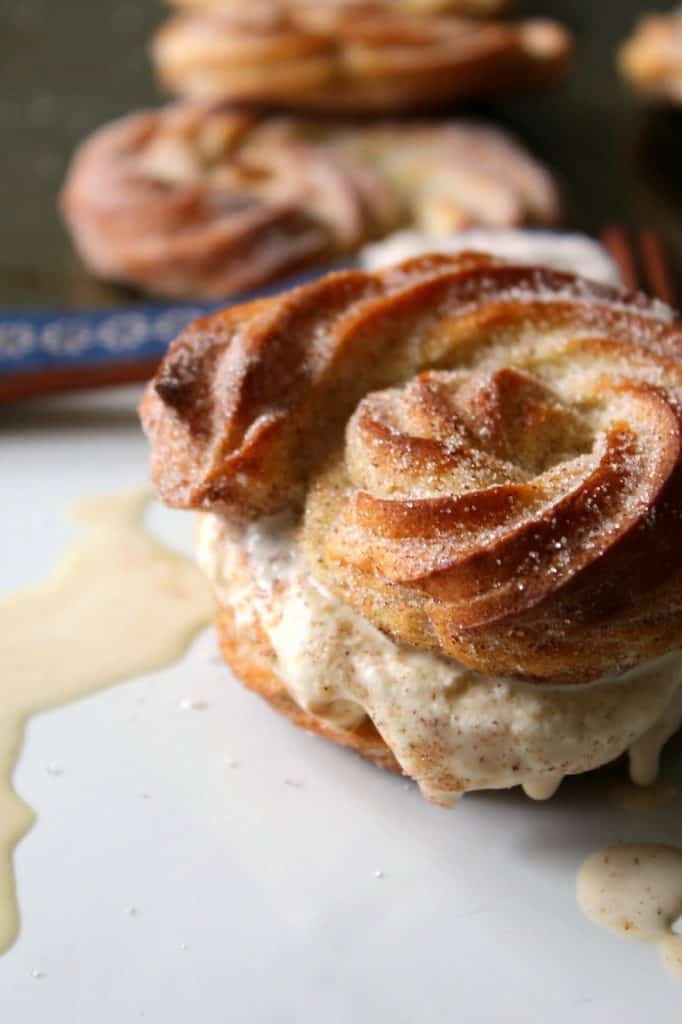 Lightened up cinnamon sugar churros are baked to form the base of these creative ice cream sandwiches. Though I originally intended to make my own dulce de leche ice cream, I wound up picking up a store bought version as a short cut. {Thank you, Häagen-Dazs!} Because you won't want to delay getting these in your mouth. 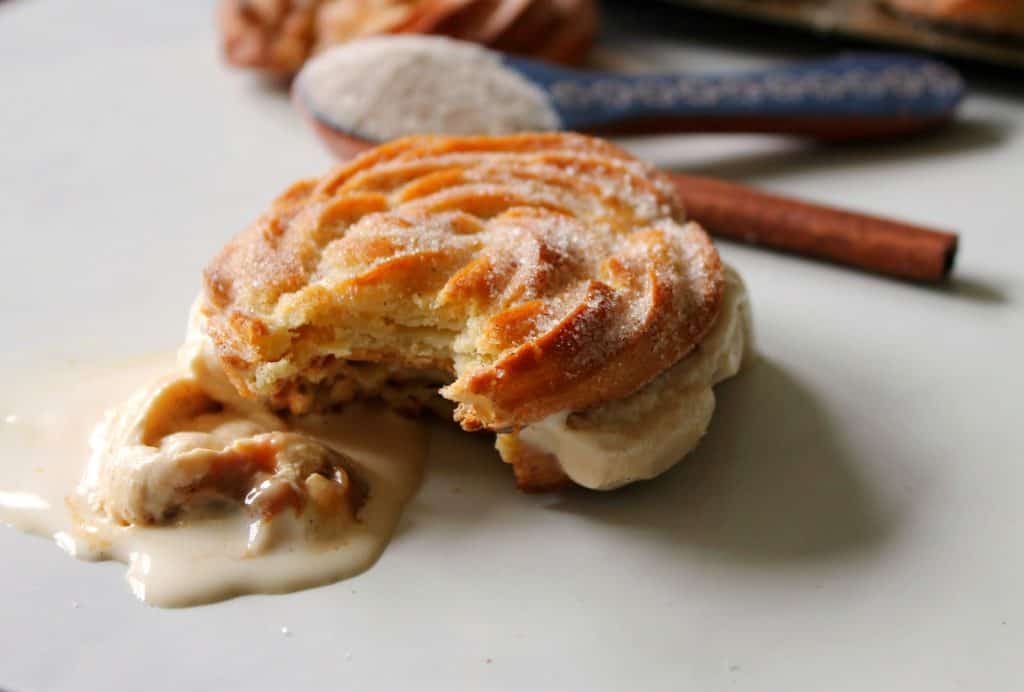 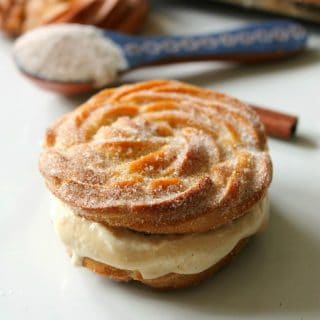 *You can pipe the dough right away, but I found that letting it sit for about 20-30 minutes allows it to firm up a bit and produces a nicer "swirl". *If your cinnamon sugar is not sticking the the churro, spray the churro lightly with cooking spray {I just use my Misto} before tossing in the cinnamon sugar mixture.
« 4 Tips For Organizing Your Kitchen
Iced Almond-Lemon Loaf Cake »