Benedictine Spread! This Kentucky Derby classic is a cool, creamy spread used for tea sandwiches or served with pumpernickel toasts. It can also be thinned out with extra some sour cream or mayo to form a dipping consistency for crudites, chips, or crackers. 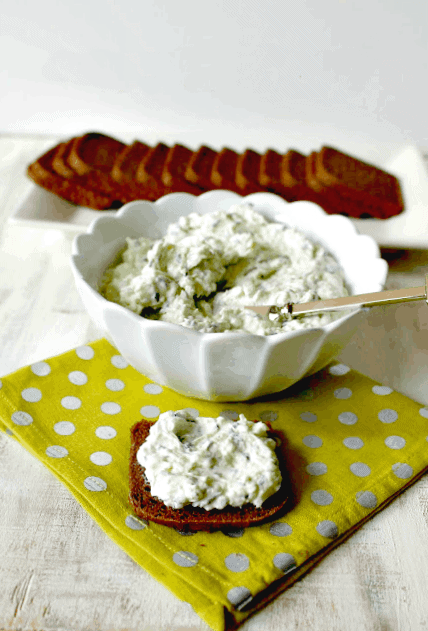 Note: This post was originally published on May 1, 2013 and updated on April 25, 2020. This post contains affiliate links.

In Monday’s post, I told you all about my semi-obsession with the Kentucky Derby despite my less-than-appealing experiences with the event, and my extreme excitement over hosting my very first Derby party. {Fun Fact: I have a thing for Southern stuff in general. Did you know that I pretty much only read Southern novels? It’s true. I’m a sucker for a drawl and an antebellum mansion.}

Maybe I like the idea of Derby so much because it lends itself to a theme… and boy, do I love a themed party. The only thing I love more is a recipe with a long standing history, like this Benedictine Spread.

What is Benedictine Spread?

Benedictine or Benedictine Spread is a cream cheese-based dip or spread containing grated cucumber and onion, sour cream, and hot sauce. It's often tinted green, sometimes naturally with the addition of spinach and other times with a few drops of green food coloring. I gave mine a green tint by adding Green Jalapeno Tabasco and that was green enough for me.

This spread is cool, creamy and perfect for tea sandwiches or served with pumpernickel toasts. You can also thin it out by adding a bit more sour cream and use it as a dip for crudites. No matter how you decide to serve it, you may want to consider mixing up a double batch as it tends to go quickly!

In doing my research for my Southern inspired party menu, I came across the intriguing recipe for Benedictine Spread. I immediately added it to my list of “musts”, after seeing it mentioned over and over again in association with race day. But I just had to know why and how this simple cucumber spread became such a Derby staple.

According to The University of Google {ha.}, Benedictine Spread was created and made famous by a lady named Miss Jennie Benedict... hence “Benedictine”. Duh. {JI-nee, if you’re gonna say it all Southern-like.} She became well known in her neck of the woods for her scrumptious catering business, run out of her 256-square-foot kitchen built in her back yard. Her burgeoning success lead her to later opening a tearoom in Louisville, Kentucky, which was a pretty hoppin’ spot at the time.

Now remember, this was 1893. It amazed me to think that a lady was able to gain such credibility and achieve such success… enough to become the first woman to hold a membership on the Louisville Board of Trade. {Go Jennie!} She was also a proud graduate of Fannie Farmer’s Boston Cooking School {move over, Le Cordon Bleu}, a cookbook author, and a humanitarian for several causes.

I love this lady and I just “met” her.

I can almost picture Miss Jennie in her kitchen whipping up Benedictine tea sandwiches, which happen to be a perfect pairing with Mint Juleps. {I’m sure the cream cheese & cucumber help soothe the burn caused by all that bourbon.} 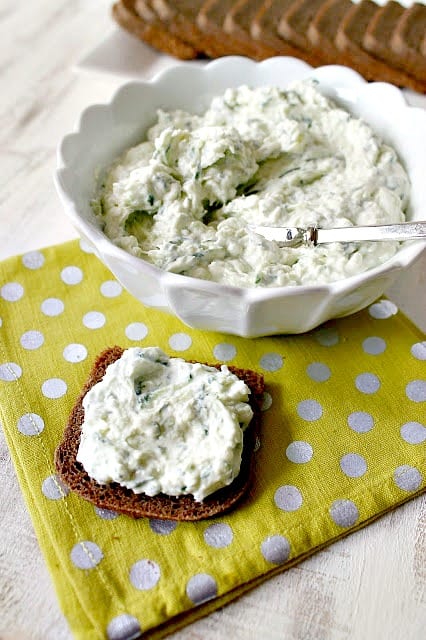 One of the reasons I chose this recipe to include in my Kentucky Derby celebration was it's simplicity. Despite being one of the more "quick and easy" things I served for the party, it was also one of the most popular! Here's what you'll need:

You'll need to grate the cucumber and onion {this grater is my favorite tool for the job}, and then squeeze out the excess water to keep the dip from getting too runny.

How to Make Benedictine Spread Vegan

Don't miss out on all the tasty goodness of this spread, my vegan friends. Simply swap out the cream cheese and sour cream with a vegan version such as Tofutti, Forager, or Follow Your Heart. Everything else can stay the same!

No matter how you serve it up, you’ll be treating your guests to a little taste of history… and with any luck, it’ll be one that Miss Jennie herself would’ve approved of. 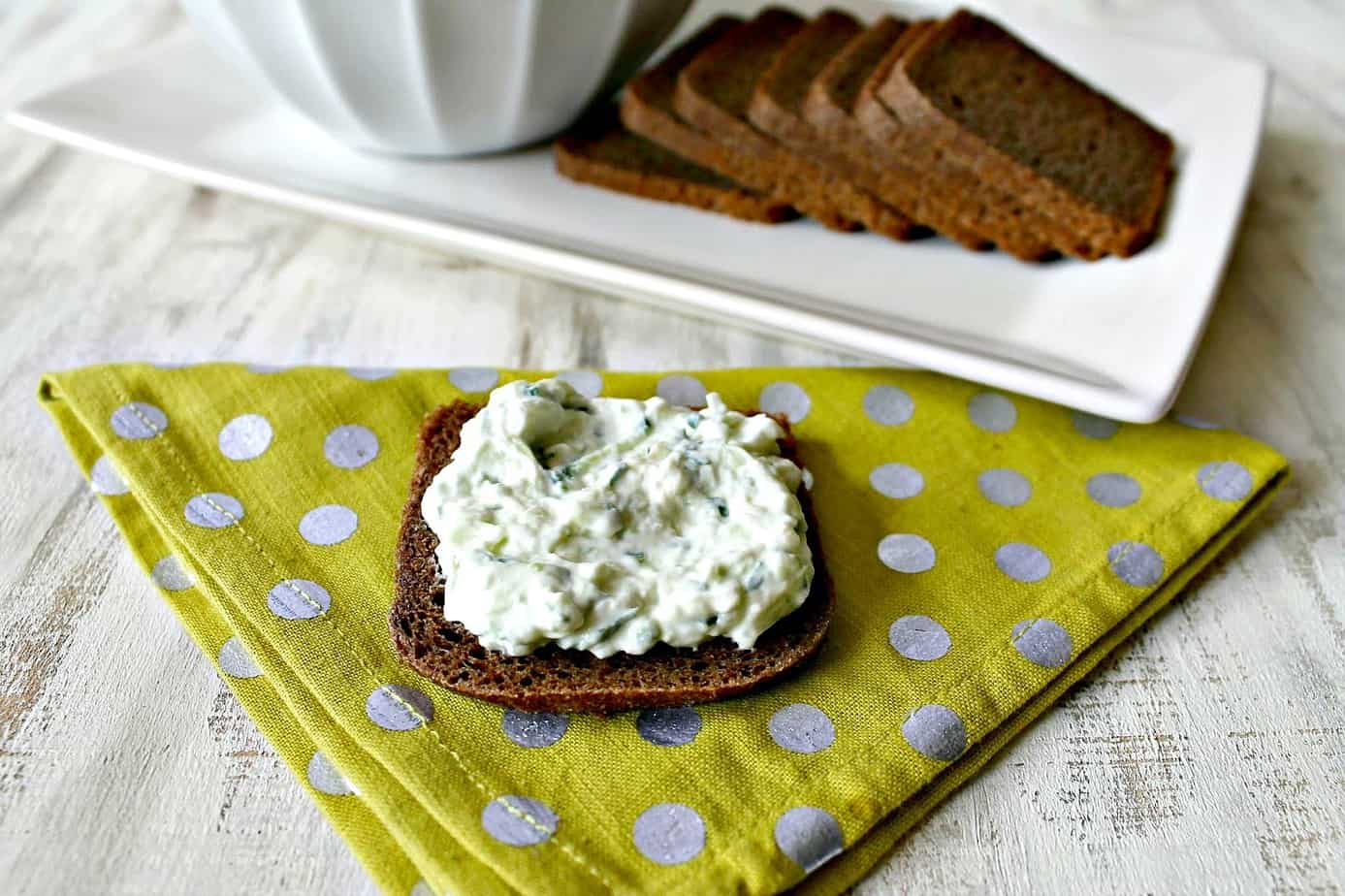 Looking for more Southern-inspired, Kentucky Derby recipes to add to your Derby Day spread? Check out some of my favorites! 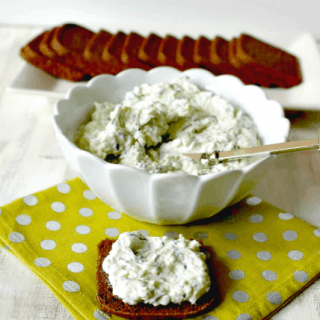