Race Day Pie! This Kentucky Derby pie recipe is one you should bet on: A rich, bourbon-infused chocolate and walnut filling bakes inside a pastry dough shell, creating a cookie-like confection that's trophy-worthy! 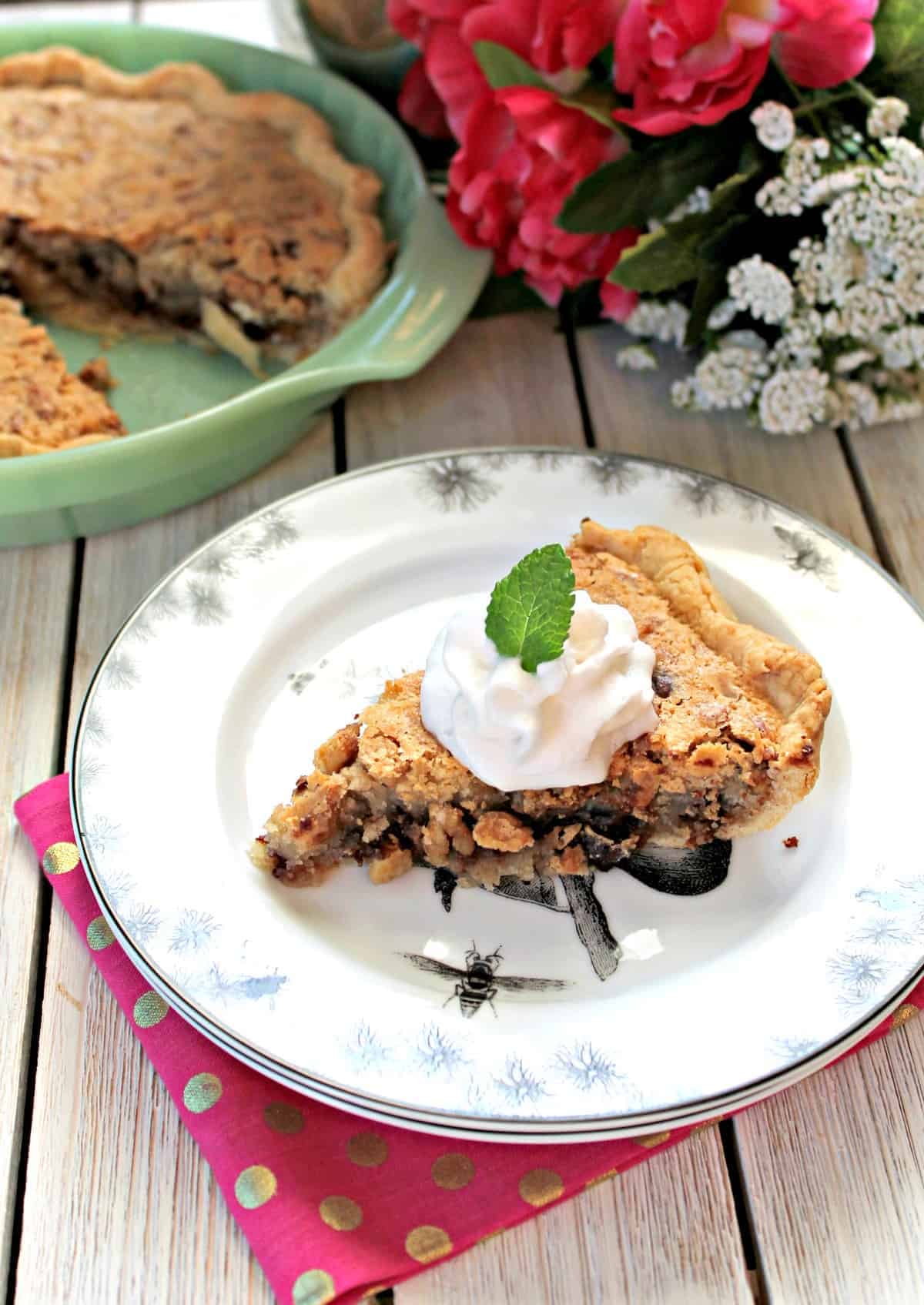 I've been trying to stick to my party planning timeline all week in an effort to avoid a major meltdown at the 11th hour, but you know how it goes... something always comes up last minute! So, I guess that plan is not to expect to stick with the plan. {I'm learning to be a little more flexible.}

Anyway, I've been working my way through the menu this week, starting to chop, assemble, and make anything that I can do ahead of time so that I can have fun with everyone else on Saturday. It's taken me many, many parties, events, and gatherings to learn how to plan things out so that this is possible. I can't tell you how many times I've wound up in the kitchen during an entire party, which makes for a very sad hostess & very neglected guests.

This time around, I've made things ahead and have a good mixture of items that can be served cold or at room temp to balance out those that need to be baked or heated through the day of. {Life would be much easier with a double oven, I'm not gonna lie. But we'll make do with what we've got!}

I can't keep it to myself anymore... I've got to share my Southern inspired menu for Derby Day. The rest of the details will just have to stay under wraps until after the party. {Rats.}

What exactly is Derby Pie ?

Did you know that you can't actually call it "Derby Pie" because it's a registered trademark of Kern's Kitchen? They're famous for the official Pie of the Kentucky Derby, and they sure take it seriously. Their recipe is super top-secret, and they're very picky about other people claiming to make the real thing. So, out of respect, I'm calling mine "Race Day Pie" ... no need to tick anyone off. 😉

The iconic Kentucky Derby pie is a delicious blend of chocolate, bourbon, and walnuts, though I've also seen many recipes made with pecans. I stuck to walnuts because that's how Kern's does it, and they're obviously the most official! It's almost like a chocolate chip-walnut cookie baked in a pie crust with the sweet flavor of bourbon shining through. Nothing wrong with that! 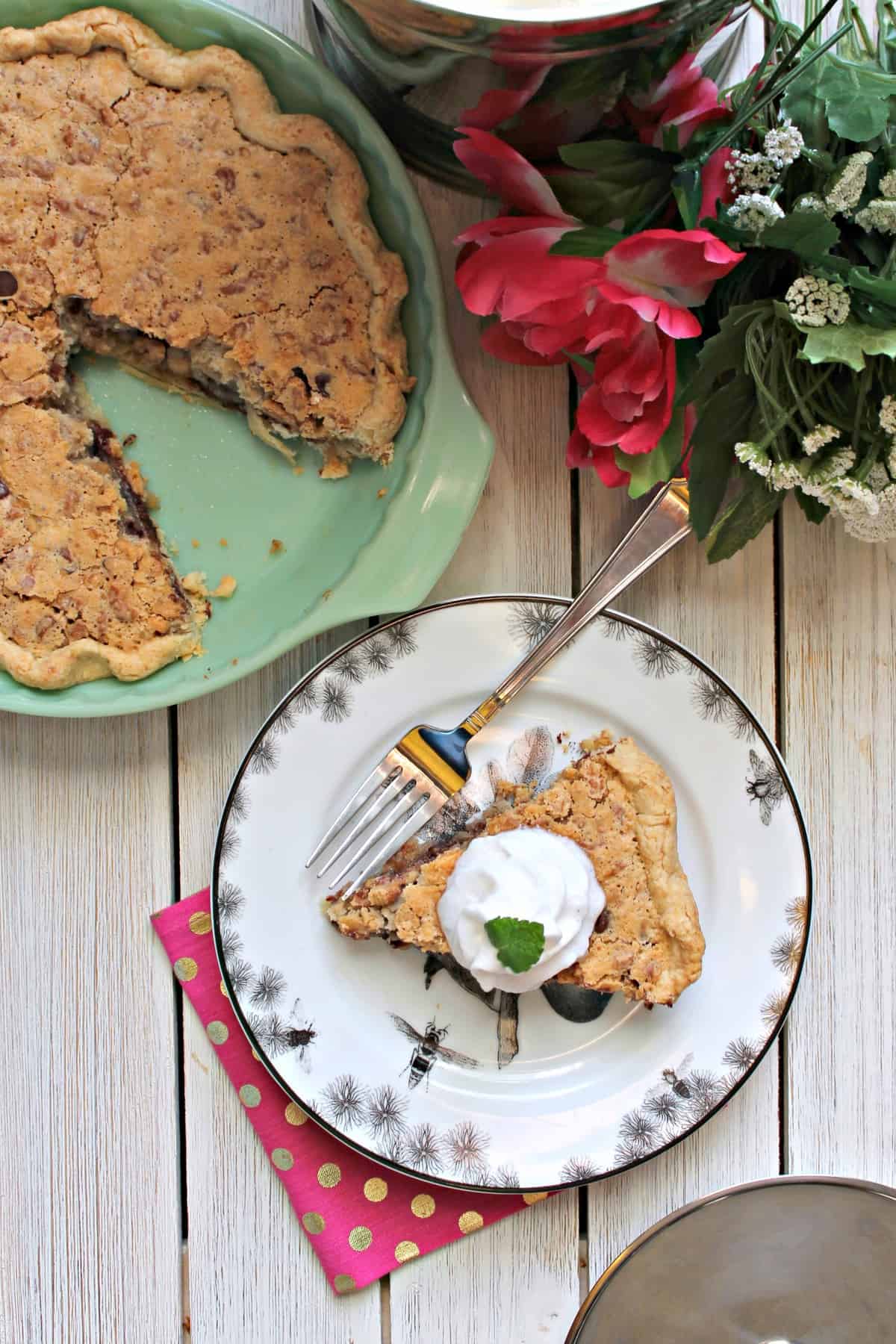 No matter what you call this sweet treat, it's sure to be the ideal ending to Derby day... though winning a few bucks on the race wouldn't hurt, either. 😉
.... And they're off! 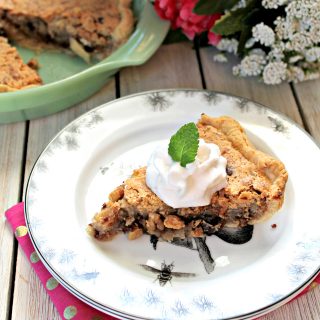 Recipe from The Chattanoogan
Original Photos circa 2013: 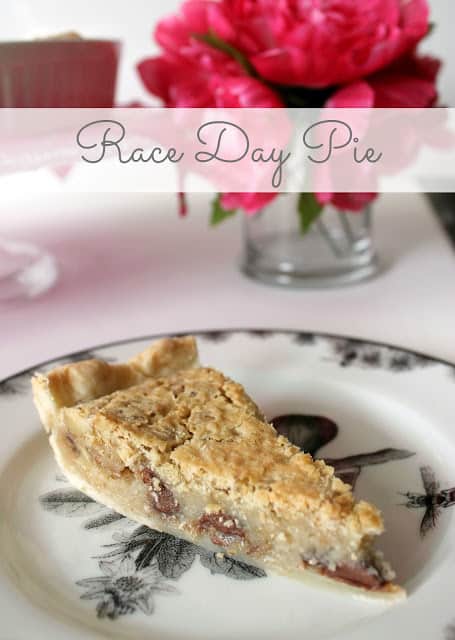 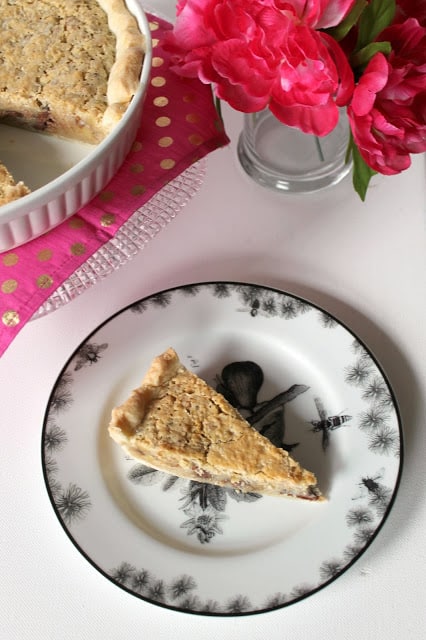 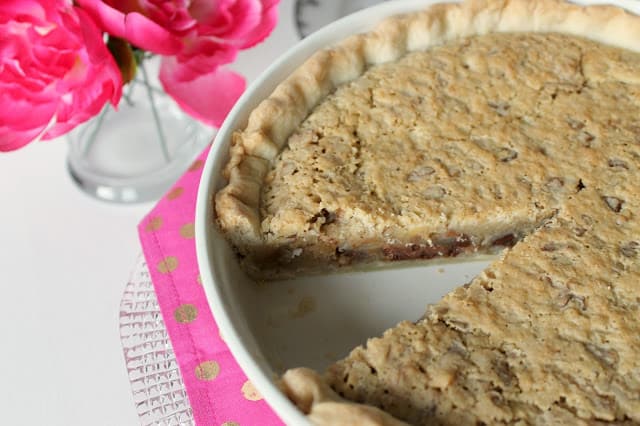