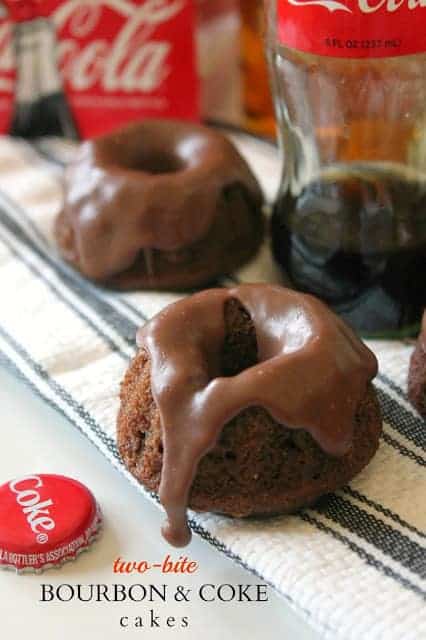 I hate saying, "We've been so busy." because it's usually just a lame excuse for being bad at staying in touch or not posting on Mondays being able to make it to something, no matter how true the statement is. But you guys, we've been so busy.

The month of May began like a starting pistol and we've been going ever since. We have had a wedding every weekend -- one out of state -- and weeks filled with projects and obligations, not to mention, you know, life.

Currently, I am typing this with 1,200 other things swirling around in my brain, Cole sitting next to me eating a set of colorful plastic car keys & listening to "Under the Sea" on Pandora, sweet potatoes boiling so I can puree them for his lunch and pollen violently attacking my sinuses. It's always a good time around here. 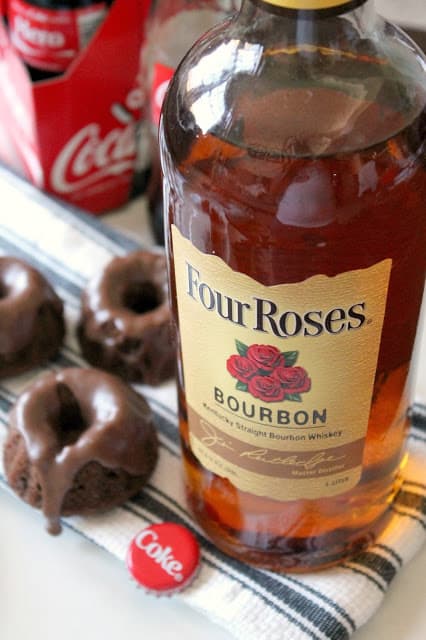 I have mentioned several times before that I am a fan. And that most people look at me funny because apparently you should only like it if you have chest hair peeking out from the neck of your collar. Whatever. My taste buds like it and that's all that matters.

But I understand that it's not everyone's cup of... er... liquor. If you are among the folks that fall into this category, I highly suggest you try this recipe before writing it off altogether. Because YUM. 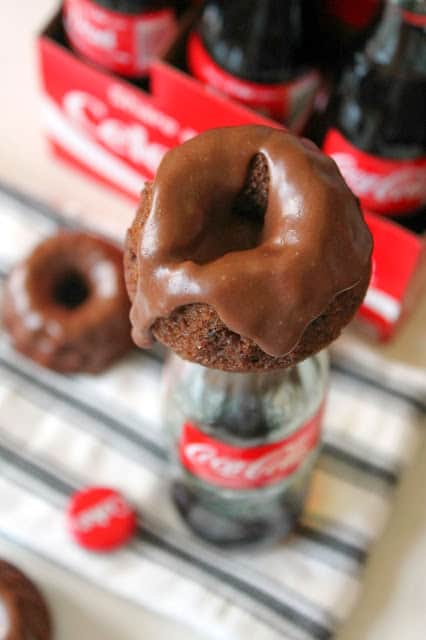 A classic cocktail-turned-cake, this recipe from Morgan Murphy's cookbook, Bourbon & Bacon, has the sweetness of chocolate and cola with just a hint of Four Roses Bourbon shining through. The little cakes are rich and fudgy, crowned with a generous drizzle of Bourbon & Cola Glaze to gild the lily. 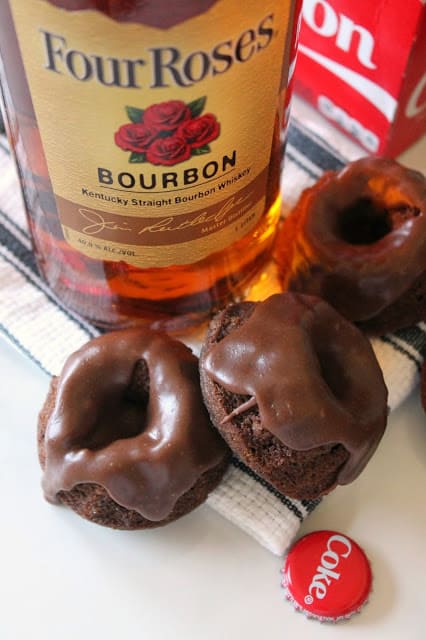 No matter how "crazy busy" you are, make some time to try out these little two-bite cakes. You won't regret it for one overbooked second!

Disclosure: I received a bottle of Four Roses Bourbon and compensation for this post. As always, the opinions here are all my own! 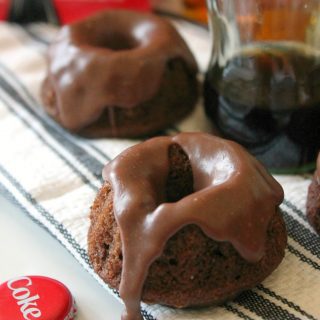 Take note: Batter can be poured into 1 greased and floured 15-cup Bundt pan. Bake at 350 degrees for 45 to 50 minutes or until a wooden pick inserted in center comes out clean. 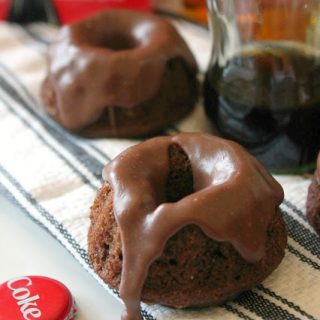