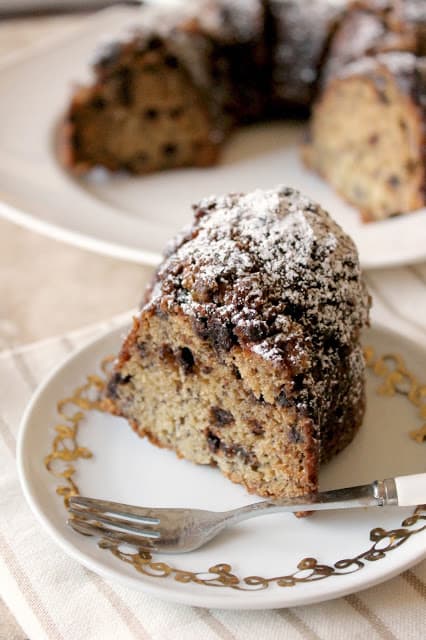 Would you believe me if I told you this was a bundt cake and that it was really, really good?

Because it is, and it was.

I haven't done a whole lot of baking lately, and the baking I have done hasn't produced anything blog-worthy. Instead, I have become addicted to watching Dateline, 20/20 and 48 Hours On Demand and getting my baking fix through Kids Baking Championship on Food Network. It's all the fun, minus the clean up and calories. It's also a nice little show to lighten the watchlist, because I'd rather go to sleep dreaming about cake than about murderers.

If you haven't watched KBC, it's basically a baking competition featuring a group of kids vying for $10,000, being judged by cake guru Duff Goldman and actress-turned-cooking personality Valerie Bertinelli. Each week they are given a theme or a challenge for their baking creations and either advance to the next round or get voted off. {I have no idea how Duff & Valerie do it with those puppy dog eyes staring at them!}

I am blown away by those smart, talented little people. They are hilarious and inspiring, and I'm hoping that watching them in action will give me some clue as to how to make my own child turn out to be charming and eloquent. I won't hate it if he can whip up a mean French pastry while he's at it, but beggars can't be choosers.

You'd never know from from all the talk of  "ganache", "coulis" and "creme anglais" that these pint sized bakers only range in age from 10-13, and their ingenuity at problem solving when their plans go awry is pretty spectacular. {Plus, their nasal little voices and chubby cheeks are so stinkin' cute. It's amazing the things you find darling when you're no longer in charge of teaching these rascals.} Most of the time, they try to convince the judges that they meant to produce whatever it is that turned out once their time is up, which isn't necessarily truthful, but is a nice last-ditch effort to win.

So when this very delicious Brown Butter Banana Chocolate Chip Bundt Cake crumbled into a pile of cake rubble as I was turning it out of the {clearly, not properly greased} pan, I channeled the mini baking masterminds and thought to myself, "Hmm. Now how can I make it look like I meant to do that?" And this is as good as it got.

If you're not falling for the presentation, don't let it deter you from trying it out for yourself because you'll be missing out for sure. Not only is this recipe super easy, but it's also extremely flavorful thanks to the extra {but worthwhile} step of browning the butter, which lends a nutty, almost toffee-like note. And banana and chocolate together? Always a winning combo. 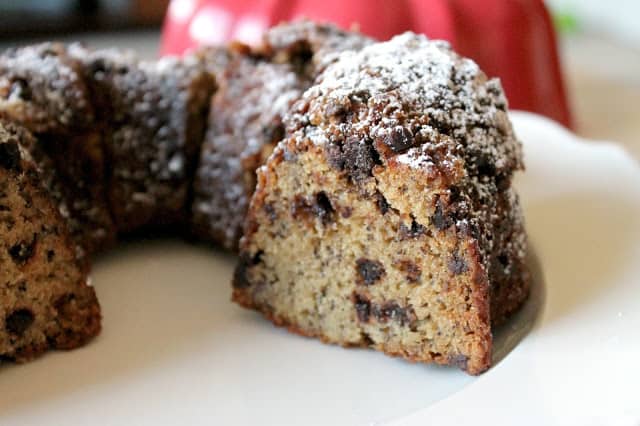 Some weeks things don't quite work out the way you want them to. This is one of those weeks. But let's just pretend I meant to lose half of my cake to the bundt pan, and that I had planned to photograph it all cut up. Yeah. We'll go with that... 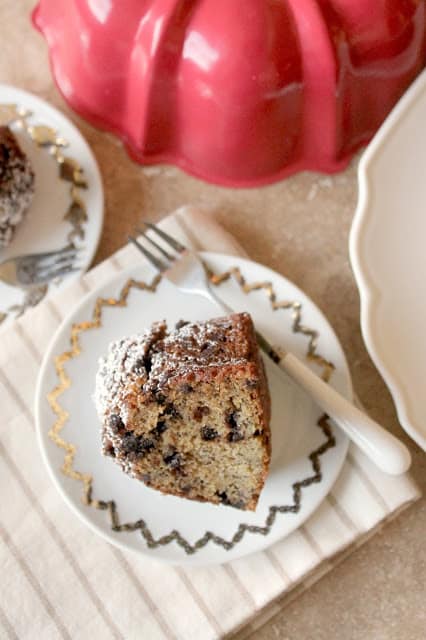 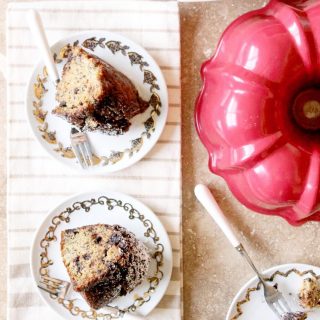 The good news is, whether in crumbs or as a whole, the cake is equally as divine! * Making this much batter will give you either 1 large bundt cake in a 10-cup bundt pan, or 2 small bundts made with a 6-cup pan {baked for about 25 minutes}. You can also make this in muffin tins or any other cake tins you desire, but you'll have to adjust the cook time accordingly. Have I given you enough options yet?
« Easy Roasted Tomato Soup
Easy Mini Cheesecakes »