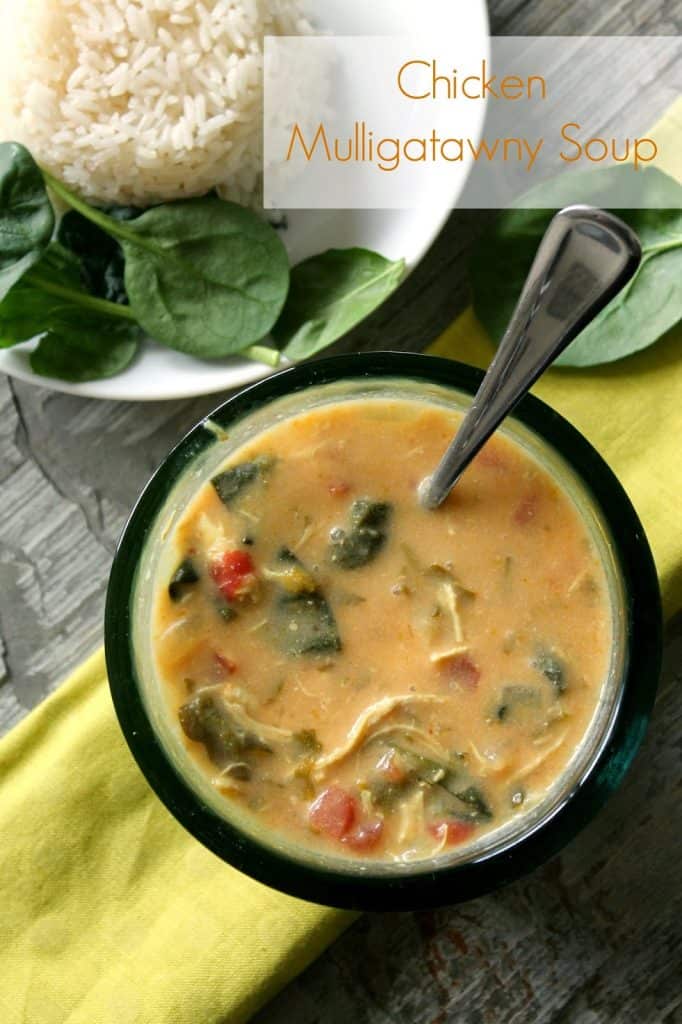 Here is the breakdown, by percentage, of what motivated me to make this soup:  90% because of Seinfeld's "Soup Nazi", 5% because "Mulligatawny" is a fun word to say, 4% because I had all the ingredients on hand, and 1% because it's been chilly out.

Clearly, it doesn't take much to excite me.

But, for real, how could you NOT want to make Mulligatawny Soup?

To be completely honest, I had no idea what all would be included in a dish with such an interesting name. As it turns out, there are LOTS of things that can be included -- the recipe I'm sharing is just one version of the many different combinations out there.

I have been totally taking advantage of the dip in our usually steamy temps and enjoying piping hot bowls of soup. Not that you can't enjoy soup year-round. But it's nice to be able to do so without having to turn the air conditioning down a few degrees.

Though I had obviously already developed a fondness for this soup simply due to its name and its cameo on 90's sitcom television, I was pleasantly surprised to discover that I truly enjoyed its flavors, too. 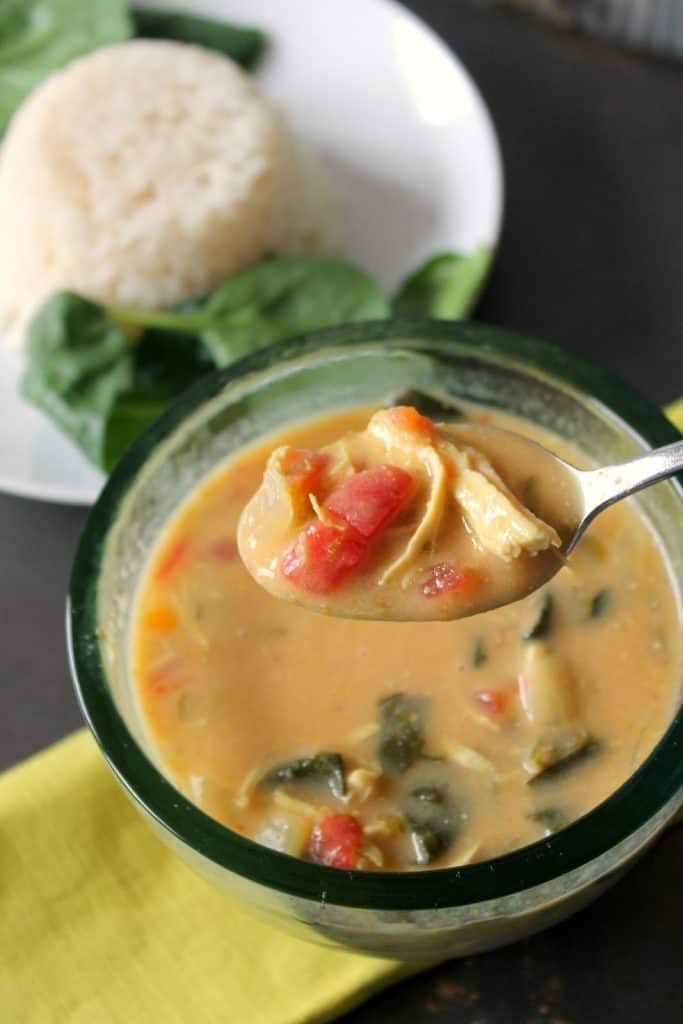 Mulligatawny {see?? I just can't stop saying it!} is an Indian soup that literally translates to "pepper water", meaning that it can pack a seriously spicy punch. Like any recipe, however, you can tone down the burn to suit your own tastes or turn it up if you like to sweat! I love recipes like this one where there is an element of spice that is balanced by a silky, creamy texture {thank you, coconut milk!}.

In my version, I added chicken, diced tomatoes, ginger and cilantro. Other versions have bits of apple, celery, carrots and other ingredients. Use what you have on hand or what you like best! 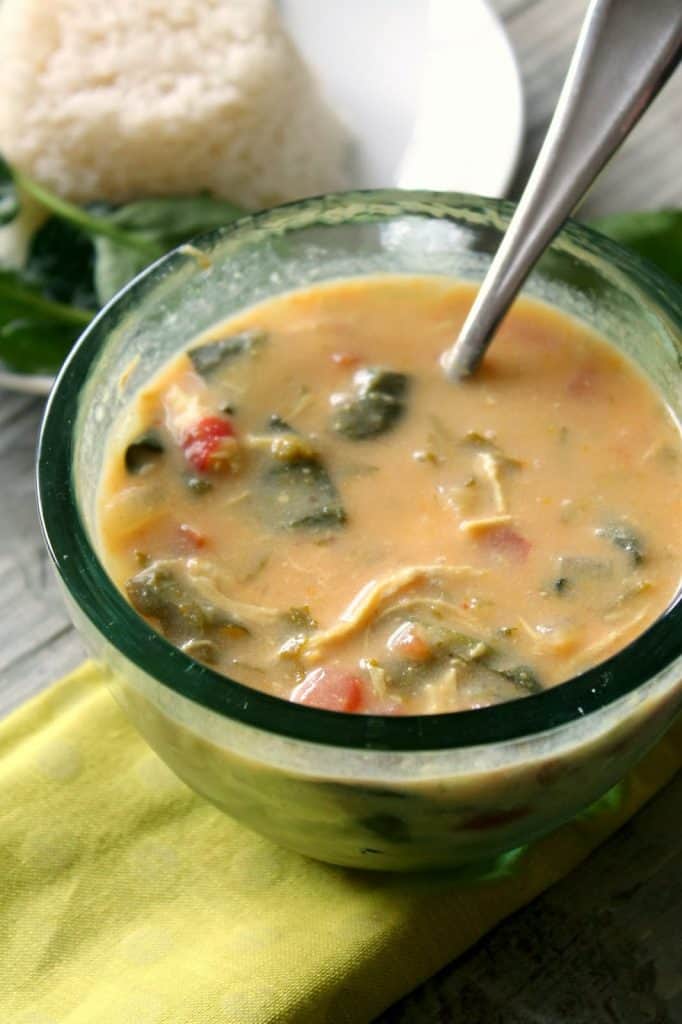 I'm fairly certain you won't be able to get enough of the soup OR the name!

1. In a large pot, saute onion, garlic, ginger, curry powder and red pepper flakes with a pinch of salt in about a tablespoon of olive oil over medium heat until the onions are softened and translucent, about 4-5 minutes. {Be careful not to burn garlic or red pepper flakes... don't turn the heat up too high.}

2. Stir in chicken broth, water, tomatoes, cilantro and shredded chicken, and bring to a simmer.

3. In a small measuring cup or a microwave-safe bowl, melt butter in the microwave, about 45 seconds. Whisk in flour until smooth. Add about 2-3 ladlefuls of hot broth from the soup to the butter/flour mixure, and whisk until completely smooth. Pour the mixture back into the pot with the soup.

4. Bring the soup back up to a bubble, then add the coconut milk and spinach and stir to incorporate. Cook until the soup is completely heated through and the spinach is just wilted.

Serve with a side of rice or quinoa if desired.