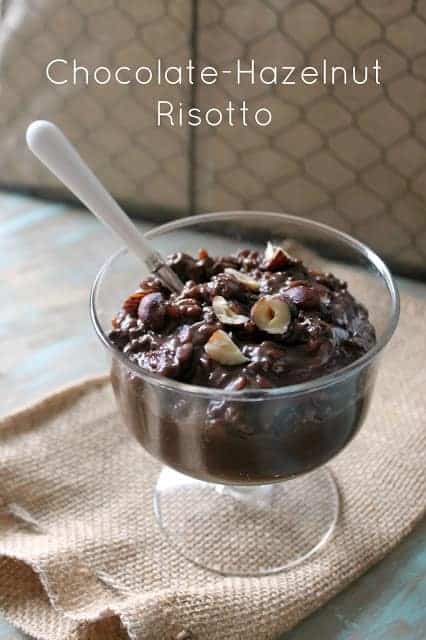 I'm irritable, uncomfortable, and just want to stick my face in a bucket of gelato.
Is that so much to ask?
I'm even having weird nightmares about all kinds of crazy things.
Last night, I dreamed that I was leaving a friend's party and had to drive someone else's car to the next place I was going. The seat was pulled too close to the steering wheel, so I tried to adjust it while I was driving. Suddenly, it went flying backwards faster than I expected. My feet were too far from the pedals to be able to brake. So, I was careening out of control while merging onto a busy highway.
Somehow I managed to avoid catastrophe and made it to college, where I had a huge exam awaiting me. Except, I had no idea what room it was in, what time it started, who my professor was, or how to make my way around the giant campus.
Meahwhile, I get a call on my cell phone from "The Government" {no specific branch, just a lady saying "This is a call from The Government". They had seen my reckless driving fiasco and had some questions to ask me. As I'm trying to explain my situation {and still navigate my way around this terrible labyrinth of a school}, my phone battery dies.
Crap.
I miraculously get to the right place and find that there is a huge line of people waiting to pick up their testing materials, which are given out by machine. After a long wait {and a near meltdown thinking that this test is timed & probably almost over by now}, I make it to the front of the line and can't figure out how to work the darn machine. I'm swiping my student ID over and over again, but it isn't working, and the mob of students behind me is growing tired of waiting.
Out of nowhere, a librarian holding a phone with one of those long, curly cords from back in the day, tells me that someone from The Government is calling for me, and that they seem pretty mad.
In the meantime, I've figured out that the test I'm taking is made up of a combination of advanced anatomy and some sort of math I've never seen. WHAT?
Luckily, this is where I woke up. Which is good because I'm pretty sure my blood pressure was probably through the roof from the stress of this nightmare.
I have got.to.get.a.grip.
And I think part of the solution is dessert. 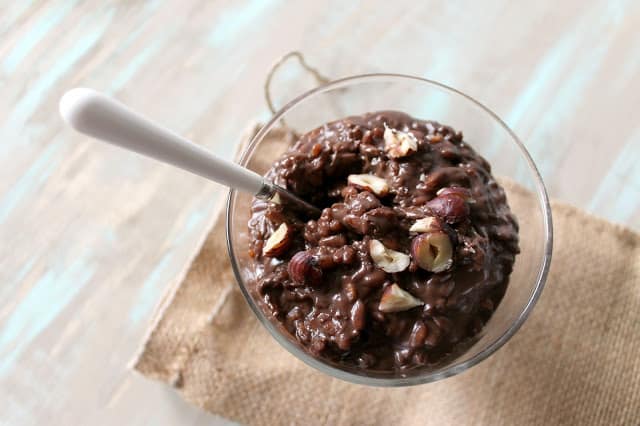 No, but seriously. I'm enjoying the healthy recipes I've been making -- a lot -- but the real issue is that I'm MISSING the things I'm trying to avoid.

Specifically sweet treats. Because a life without Nutella is not a life worth living.

They say that necessity is the mother of invention. Well, so is desperation. 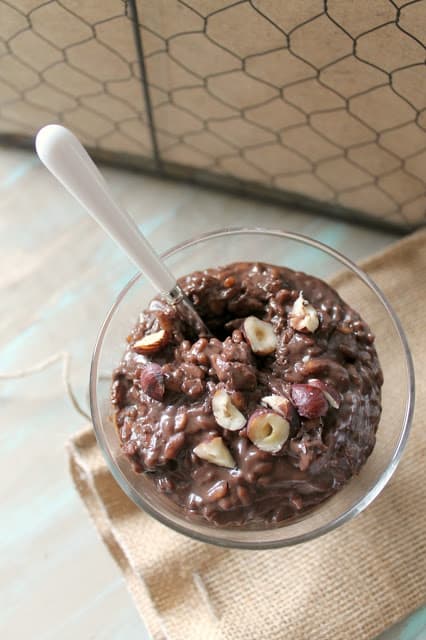 I am happy to say that this "cleaner" dessert recipe* hits the spot. Ok, so it's not Nutella, exactly. But you won't hear any complaints.

Completely inspired by the Chocolate Risotto I had at Disney, this version is non-dairy, uses honey as a sweetener instead of sugar, and gets its rich, creamy texture from coconut milk.

Did I ever think I'd come up with something this good? Only in my dreams. 😉

Chocolate-Hazelnut Risotto
Inspired by the chefs at Disney, and this Whole Foods Recipe

1. In a medium saucepan, whisk together cocoa powder and a few tablespoons of almond milk to make a paste. Gradually add in remaining almond milk, whisking to combine. Stir in hazelnut creamer, honey, and vanilla extract.  Bring to a simmer and leave over medium-low heat.

2. Meanwhile, in a skillet with high sides, warm 1 ½ tablespoons coconut oil over medium heat. Add rice and stir to coat, toasting for about 2 minutes.

3. Ladle about ½ cup of hot milk mixture in to the pan with the rice. Stir often until most of the liquid is absorbed. Continue to add liquid in small amounts {approx. ⅓ - ½ cup at time}, simmering until almost absorbed and stirring, stirring, stirring {that's what creates the creaminess of risotto... developing those starches!}.

4. After the last bit of liquid has been absorbed, stir in coconut milk. Continue to stir until thickened and  {once again}, mostly absorbed.

{This whole process took me about 40 minutes. The rice might still have a tiny bit of a bite to it, but shouldn't be hard. If you find that it is still a bit hard, reduce heat to low and put a lid on the pan. Cook this way for 6-8 minutes, making sure to monitor the liquid level... it shouldn't get too dry.}

5. Spoon risotto into serving dishes and top with chopped toasted hazelnuts if desired.

*A Note about "Clean Desserts" - Desserts are desserts. And while this is definitely a more wholesome version of the original, please remember that these sweet treats should still be enjoyed in moderation. {Bummer, huh?}

** You can substitute with brown arborio rice if you prefer, but it will affect the cooking time as brown rice takes longer to soften and cook through.
« Strawberry Quinoa Salad
Red Curry Spaghetti Squash Bowls with Chicken »