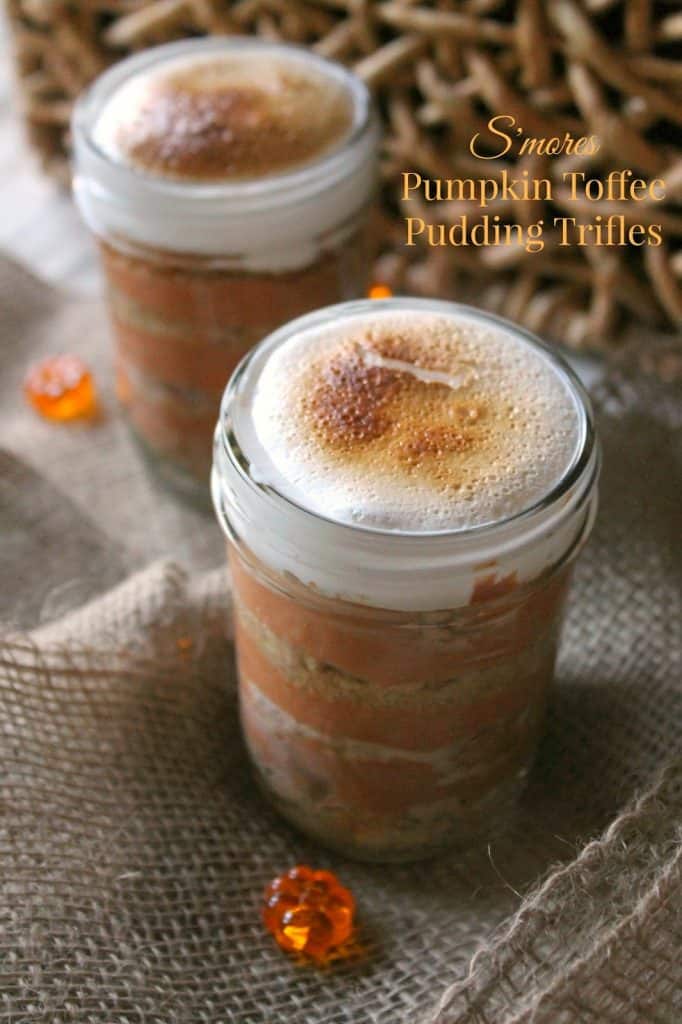 Not to sound desperate or anything, but there are less than 65 days standing between me and a pumpkin ale. {Ok, maybe a few more considering the last thing I'll be thinking about is beer when I'm trying to juggle the joys of bringing home a newborn. But you know what I mean.}

I joked around with Steve and told him that he better start a stockpile for me since I'm due the 2nd week of November, just in case there's a shortage or something. That would be disastrous.

Meanwhile, I've got one foot in summer and the other wanting to crunch in some fall leaves. {Not in Florida, of course, but somewhere.} It's just too darn hot to trade in the flip flops for suede flats. The tank tops for sweaters. The ice tea for apple cider.

At the same time, all my favorite bloggers are throwing pumpkin recipes out like they're goin' out of style. I'm not gonna lie, it's made me want to be in a pumpkiny mood. But then I remember that it's 95 degrees outside and I retreat to the kitchen, sticking my head in the freezer.

Since I still have some waiting to do until I can simultaneously cool down and get into the fall spirit with a frosty pumpkin beer, I decided to do the next best thing: Make pudding. Naturally, that's a logical alternative. 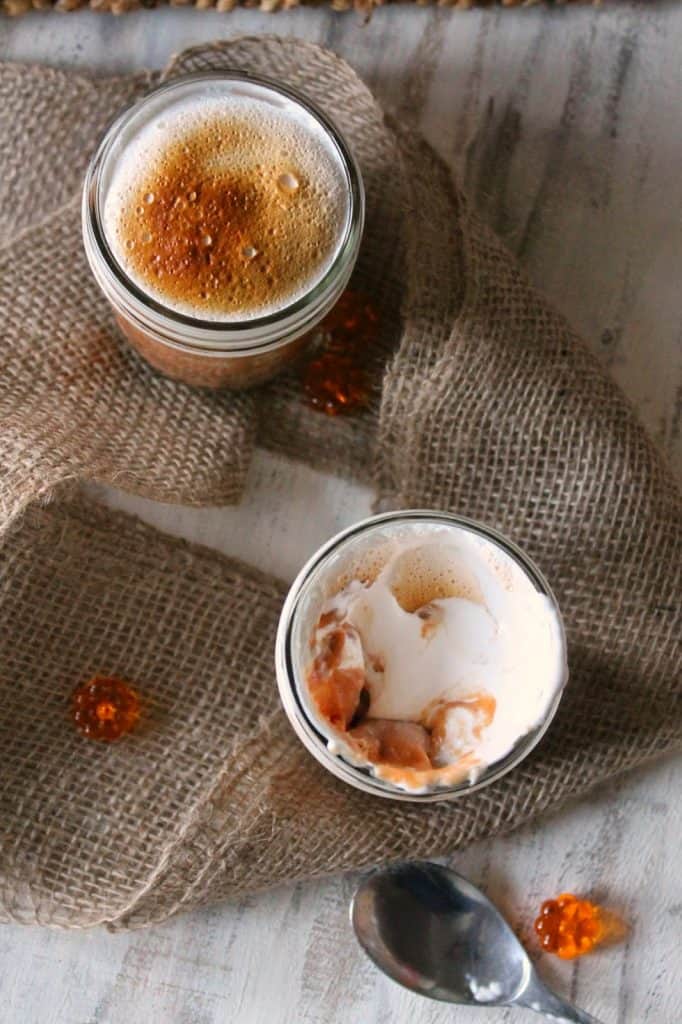 I must confess that I didn't come up with the idea for these all by myself. A few weeks ago Steve and I were up in Orlando for a business thing and we went to lunch in Winter Park at a place called The Porch. The food was pretty yummy -- specifically the little Pretzel Poppers that I could probably eat by the truckload. Save me. 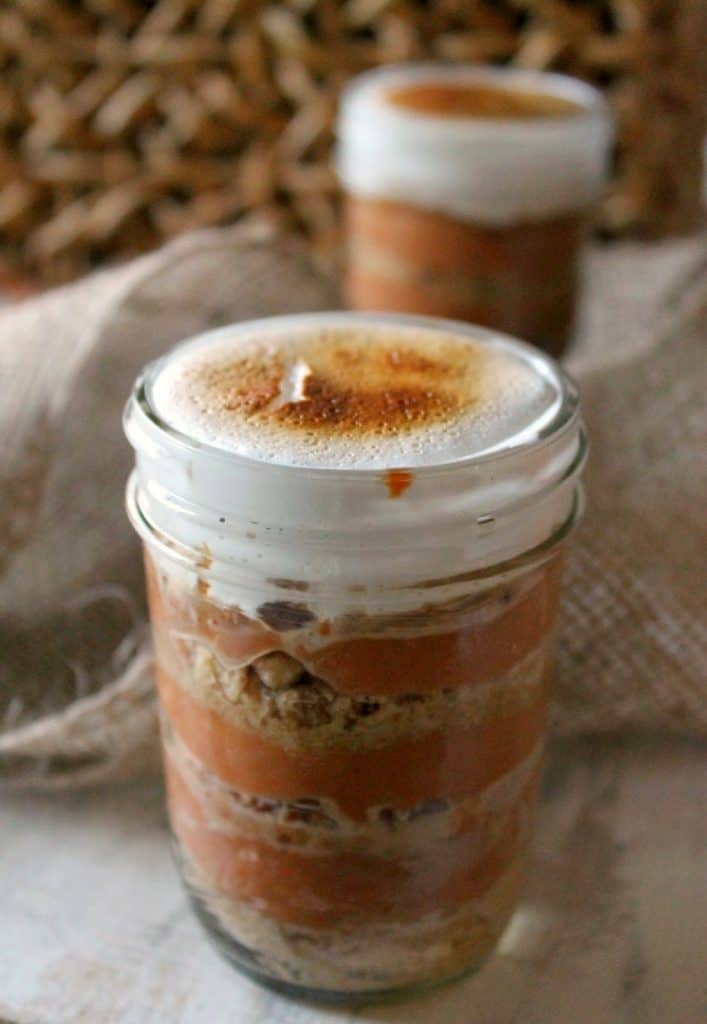 Though I usually don't order dessert, I was tempted by something on the menu called the "Fluff & Nuts" -- "Layers of homemade Nutella pudding, chocolate chips & graham crackers then topped with toasted marshmallow fluff." Why, yes, I do want you in my belly. {This happened to occur a few weeks after my nerve-racking glucose tolerance test, so I thought of it as a rebellious celebration for passing the darn thing and having a functional pancreas.} It was delightful.

This S'mores Toffee Pumpkin Pudding version I made at home is an autumnal knock-off of The Porch's version - Layers of homemade pumpkin pudding, toffee chips, graham crackers and toasted marshmallow fluff. 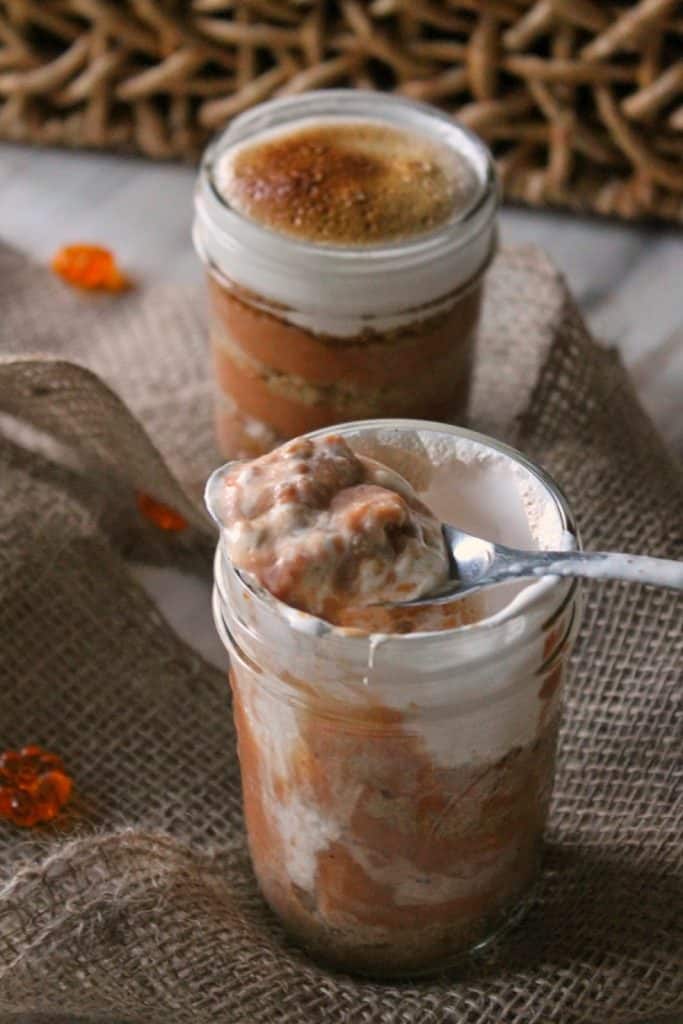 I made my own pudding, but if you want to cheat, you can buy your favorite pumpkin pudding mix and shave some more time off of satisfying your sweet tooth. I won't tell. 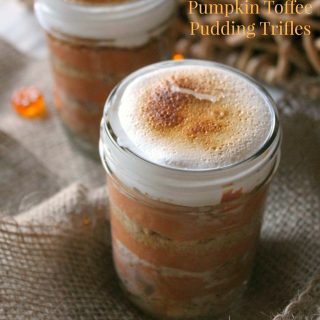