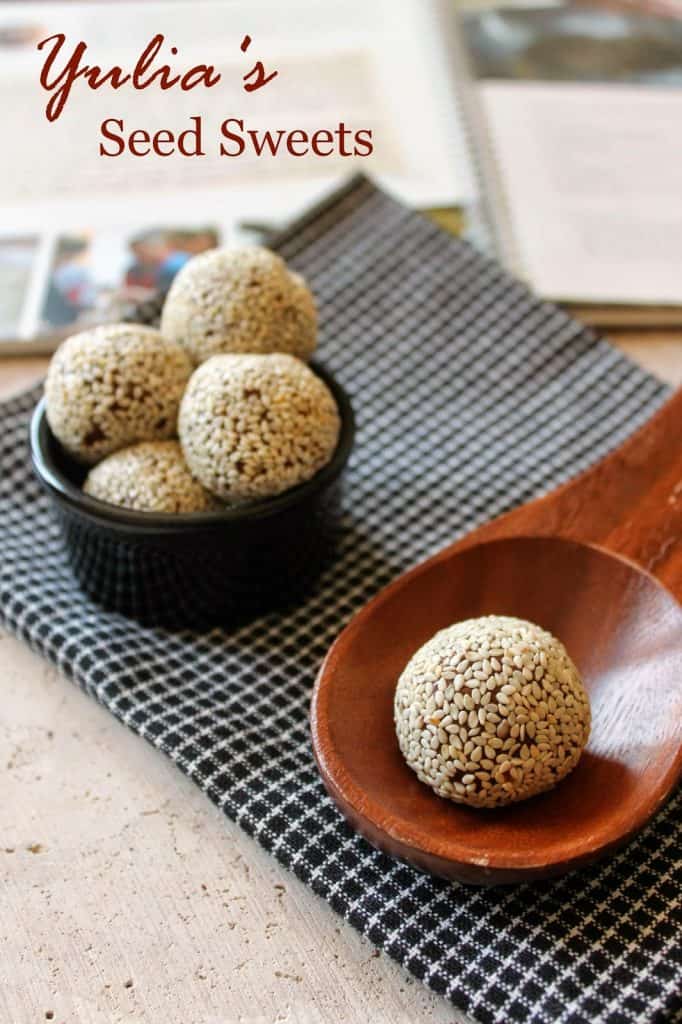 I love cooking for so many reasons. Among them is the fact that so many dishes are steeped in tradition. Recipes often come with a story... a history. A past.

There are recipes I treasure that have been passed down from my Abuela that I will continue to make the way she did for years to come. In our family, this is especially important because a lot of our heirlooms and traditions were left behind in Cuba when my parents fled to this country many years ago. They may not have been able to take their fine China or jewelry to pass down to future generations -- but no one could make them leave behind the recipes that will forever remind them of special times with family and friends, breaking bread over laughter and joyful times.

I was recently contacted about a new cookbook that was written by a local called Cooking Up a Story: Empowering Women Through Cooking. In it, author Susan Shulman Pertnoy shares recipes from women of all different backgrounds who immigrated to Israel. Though their journeys all differed and their paths were unique, each of the women shared a common link in their stories: food. 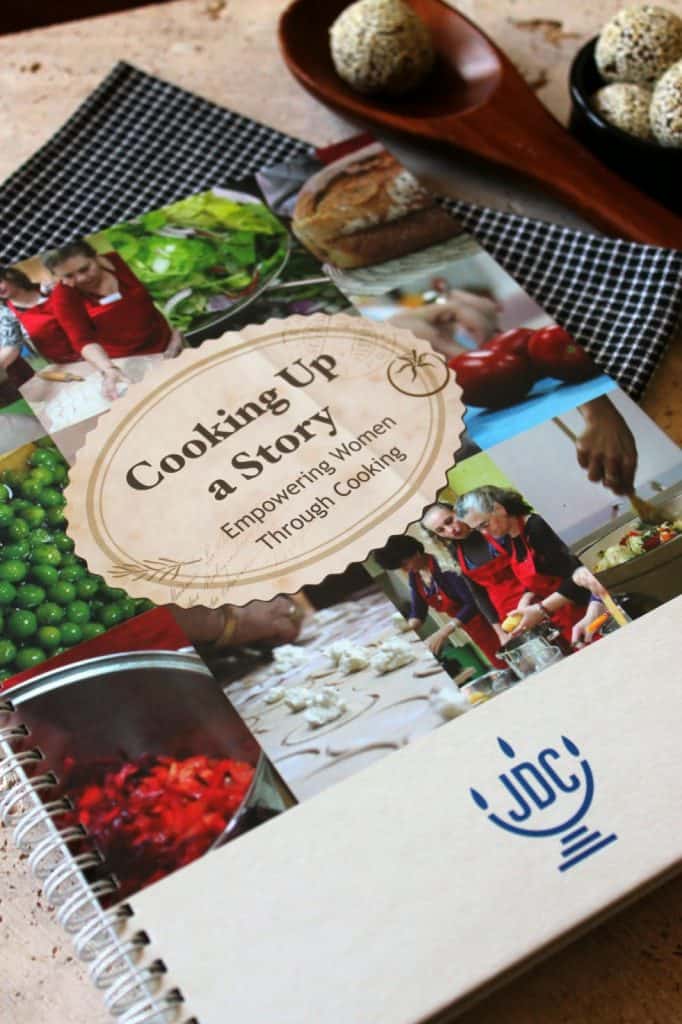 Many of the women whose recipes are featured in this cookbook underwent difficult times in their lives -- family tragedies, famine, poverty, ailments and, of course, the difficult task of assimilating into a new and unknown culture. With the help of a program called the Cook and Host Group, these women were able to come together and find a group with whom they could connect, cook and ultimately heal.

Part of the Cook and Host Group's mission is to show individuals how to create healthier versions of traditional foods all while keeping costs low in order to be able to feed a family. Though the recipes in the book stem from age-old favorites passed down through these families, they have all been slightly adapted to be more healthful and nutritious. But their goals go beyond just nourishing the body; the practice of bringing these women together has also provided emotional support and bridged cultural gaps. 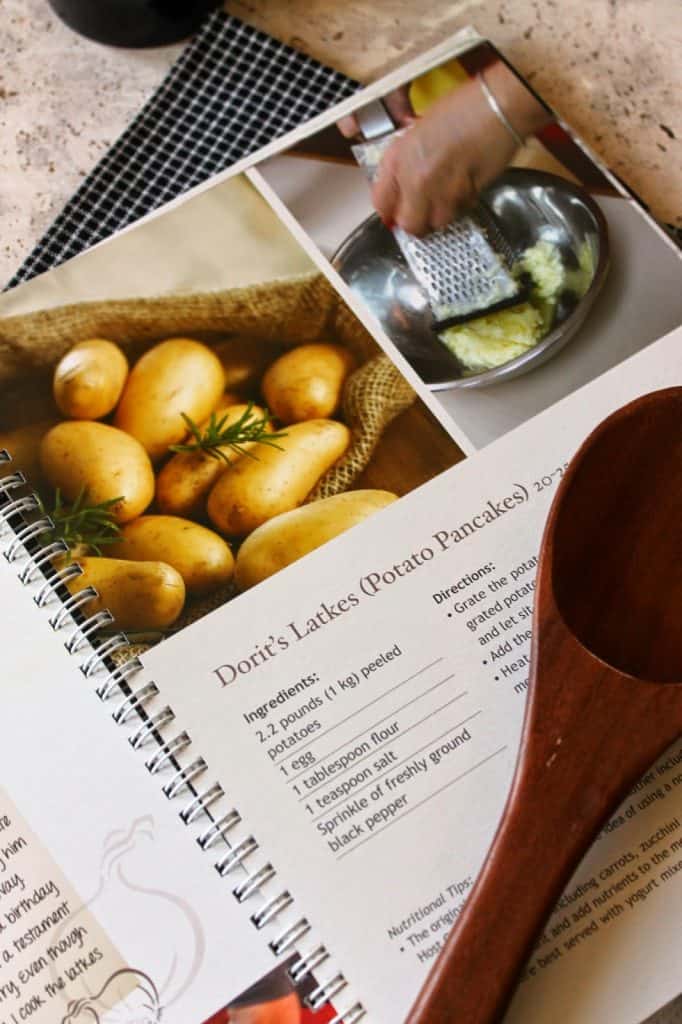 In one of the stories shared by Chani, a Georgian woman who moved to Nazareth Illit at the tender age of 6, she remembers a time when the children of exiled families from many nationalities would gather in the courtyard of her neighborhood while their families prepared dinner. Though the children didn't speak the same language, they began to learn about one another through the foods they brought out to share each evening.  "Food was our first language. It helped us form connections and make friends", she explains.

Among the recipes shared in this book are classics like Dorit's Latkes and Hannah's Borscht to recipes infused with the flavors of a specific region such as Shula's Ethopian Chicken Stew and Chana's Harira. The recipes are organized into four thematic sections like "Cooking Through Lack and Hardship" and "Finding My Place", and each recipe tells the story of its origin. 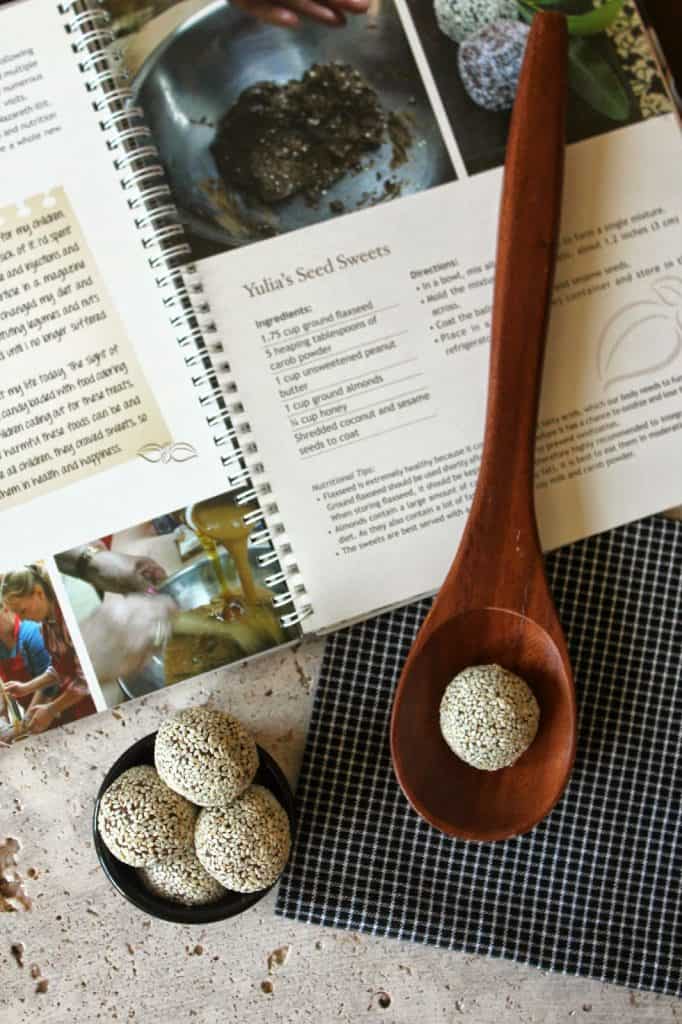 One hundred percent of the proceeds from Cooking Up a Story go to the S & P Foundation, which funds the American Jewish Joint Distribution Committee's {JDC} Nutrition Enrichment and Healthy Living Program. It is available for purchase {$36} through the Jewish Federation of Palm Beach County.

Today, I'm giving away a copy to one reader! Simply leave a comment below telling me: What is your favorite traditional family recipe, and what is its origin? {Who knows, I may even get a few new ideas and have to ask for details!} I'll be choosing a winner on Tuesday, July 1, so make sure to enter before then!

Reading this cookbook was a good reminder of the power of something as simple as a shared meal and of the emotional component of food in our lives. I often say, "Food is love." And I truly believe it! 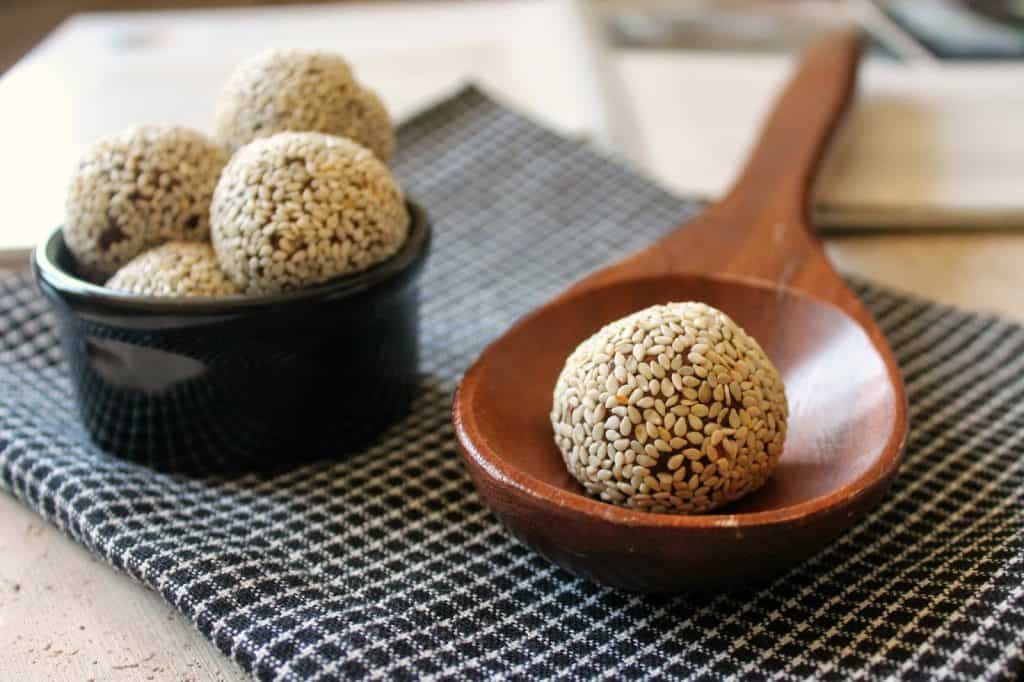 I'll leave you with a recipe from the cookbook -- Yulia's Seed Sweets -- created by a Russian woman whose health issues as a child prompted her to create these sweet, nutritious treats which she now shares with her children.

Disclosure: I was given a complimentary copy of this cookbook for this giveaway.

Yulia's Seed Sweets
From Cooking Up a Story: Empowering Women Through Cooking

1. In a bowl, mix all the ingredients to form a single mixture.
2. Mold the mixture into small balls, a little over an inch big.
3. Roll the balls in the sesame seeds and/or coconut flakes to coat them.
4. Store them in an opaque container in the refrigerator.