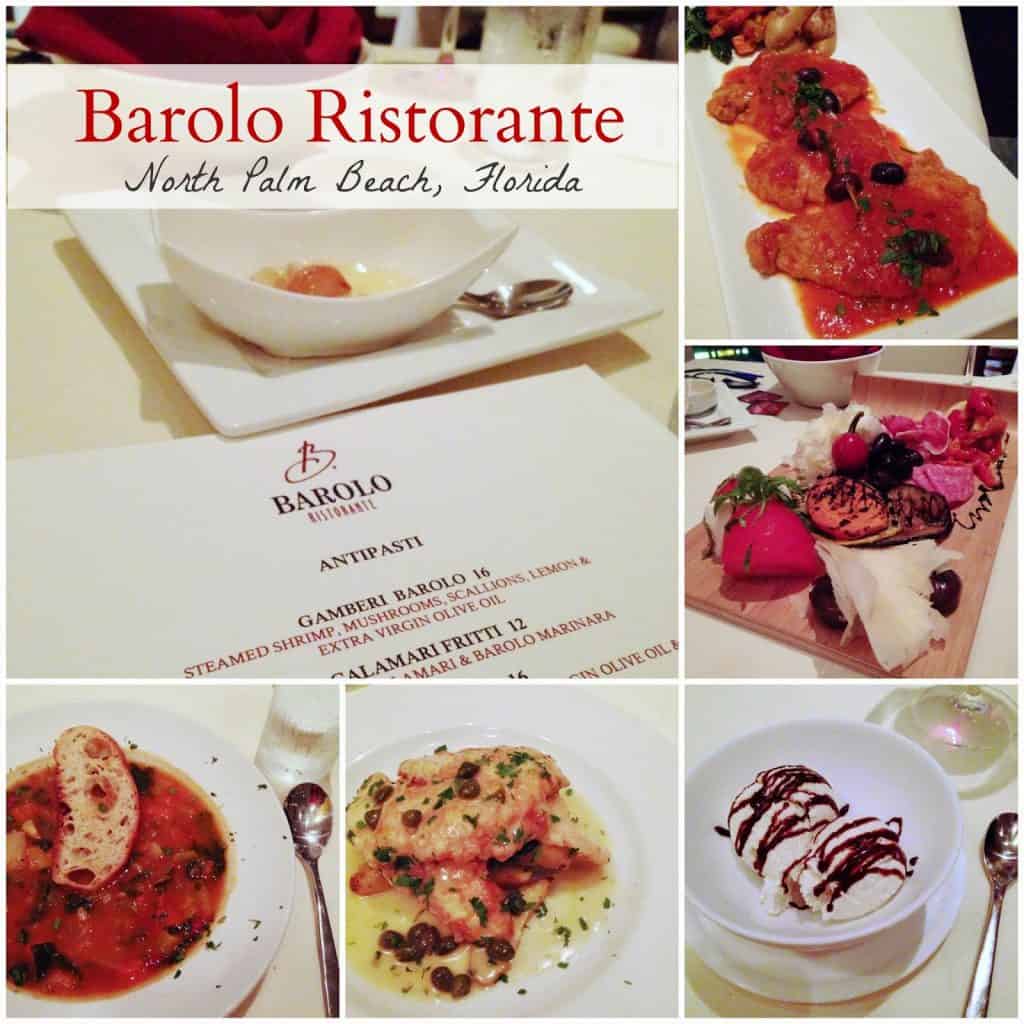 I've become pretty picky when it comes to Italian food. Between being schooled by my in-laws and eating my father-in-law's amazing home-cooked versions of all the classics, it's safe to say that my standards have been raised by leaps and bounds.

So, when I received an invite from Barolo Ristorante in North Palm Beach to come dine at their restaurant, I was cautiously optimistic. It looked nice. Sounded good. Seemed worth a try. But I wasn't going in with lofty expectations, just in case.

Barolo has been around for about 6 months, and in that time, they've found great success in doing what they do best -- pouring perfectionism into their dishes and providing a wonderful dining experience for patrons.

I chatted with Barolo's General Manager, Anthony Cammarano, who told us a bit about the labor of love that goes into creating the ideal restaurant, menu, and service. For him, it all starts with seeing the experience through the eyes of a customer, starting right at the front door. He asks himself, "What am I seeing, hearing, and smelling from the moment I walk in?" He knows that, as is the case in meeting individuals, the first impressions often sets the tone.

From our first few minutes at Barolo, I knew we'd "hit it off" just fine. The dining room was low lit and attractive {even romantic, one might say}, with a modern feel and clean lines -- no rustic barrels draped with fake grapes at this Italian restaurant. A view of  their climate-controlled wine room subtly nudges diners to peruse the extensive wine collection and indulge in a glass or two. {Though sadly, I had to stick with water this time. Is it November yet?!} 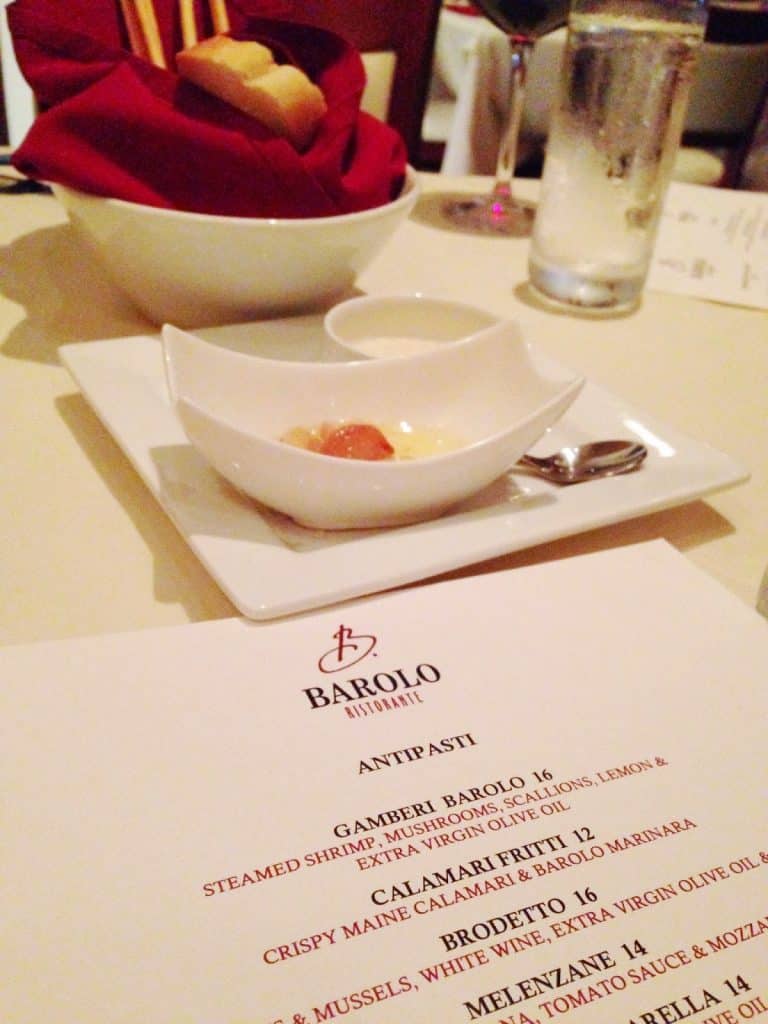 Where the impression of the surroundings leave off, the service picks up with their friendly staff. We immediately loved our server, who not only was sweet and bubbly, but also knew the menu and was able to quickly get the answer to anything she didn't know offhand. {Like, "Is there raw egg in the Caesar dressing?" Gah, I hate being that pregnant person.} She promptly offered suggestions and her opinion on anything we couldn't decide on right away -- very accommodating and patient... we got carried away with the chatting a took a while to order.

Steve and I both decided to go with the Prix-Fixe that Barolo is promoting for the summer. Four courses plus wine sounded like a good deal. But first, we started off with an appetizer: a classic Italian antipasto, which my dear husband cannot pass up if it is offered. I obliged to his suggestion, but soon remembered that technically I shouldn't eat half the stuff on the platter! Oops. You could tell that the items were high quality; the cheeses, cured meats and veggies made a beautiful presentation. 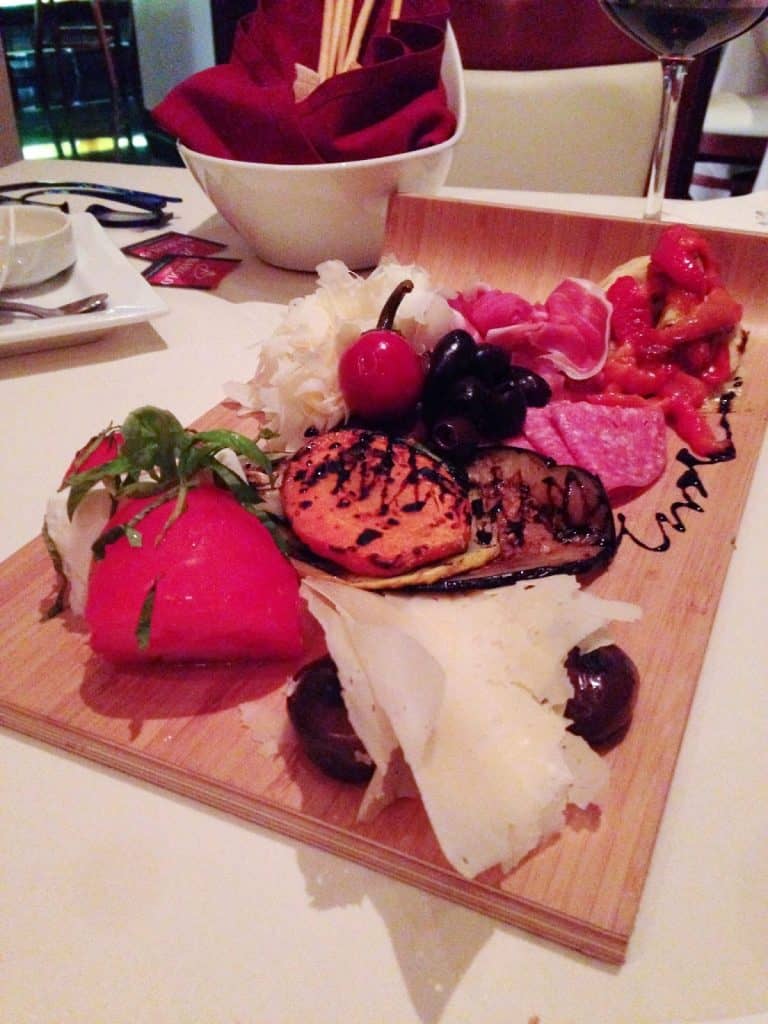 Next course was salad and soup; I had the Minestrone and Steve the Caesar salad. The soup reminded me of "grandma soup". That's a good thing as far as I'm concerned. 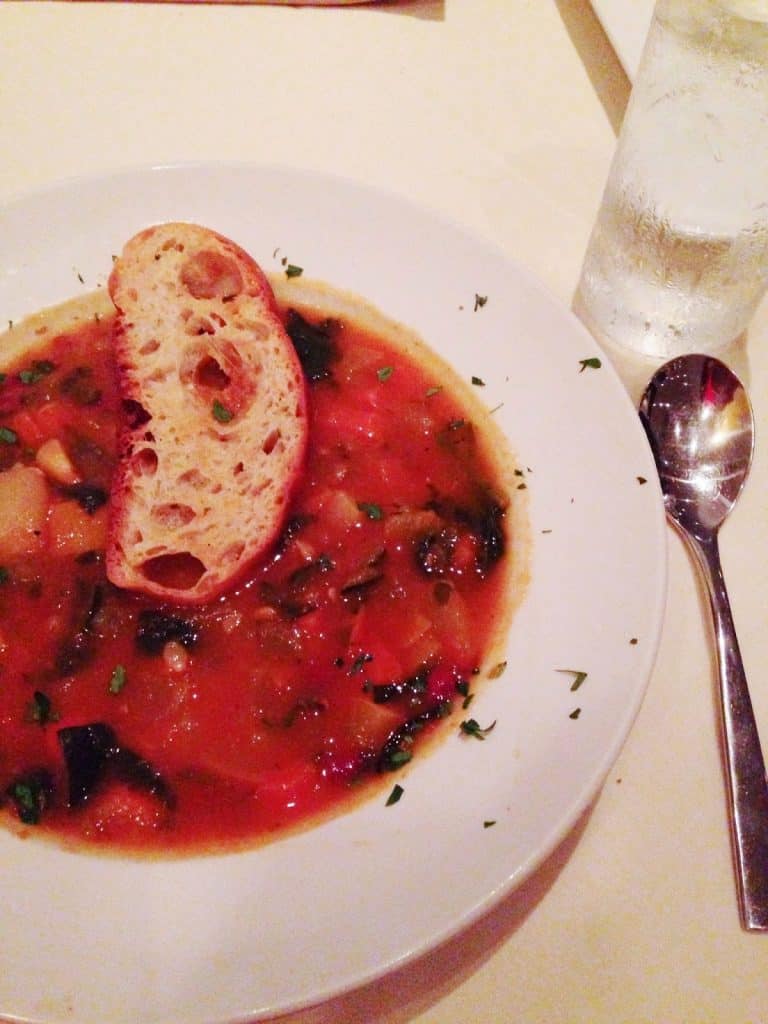 The entrees came and I was actually surprised at the portion sizes, especially for a fine dining spot. I had the Sole Francese, which was served over sauteed spinach and fingerling potatoes, and Steve had the Veal Pizzaiola. Both looked beautiful, and I though the fish was delicious, though I had a little remorse over not going rogue and getting one of their homemade pasta dishes. The entree did come with pasta -- spaghetti with marinara -- which was good, but I felt like it probably didn't speak for their other, more exciting options. 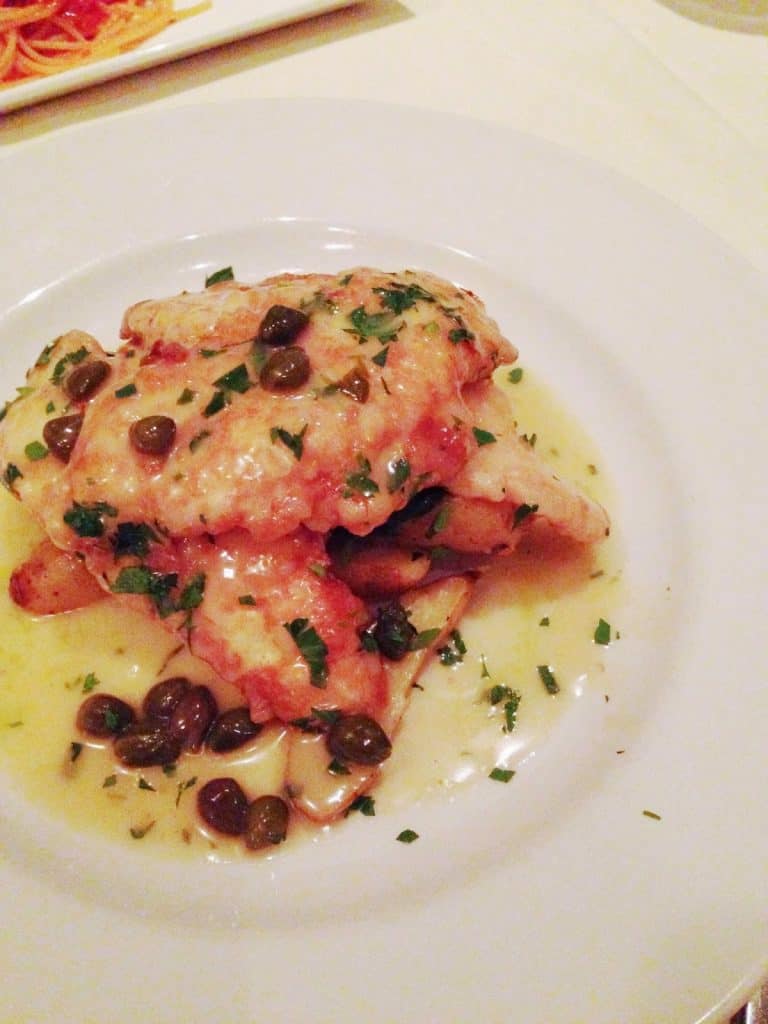 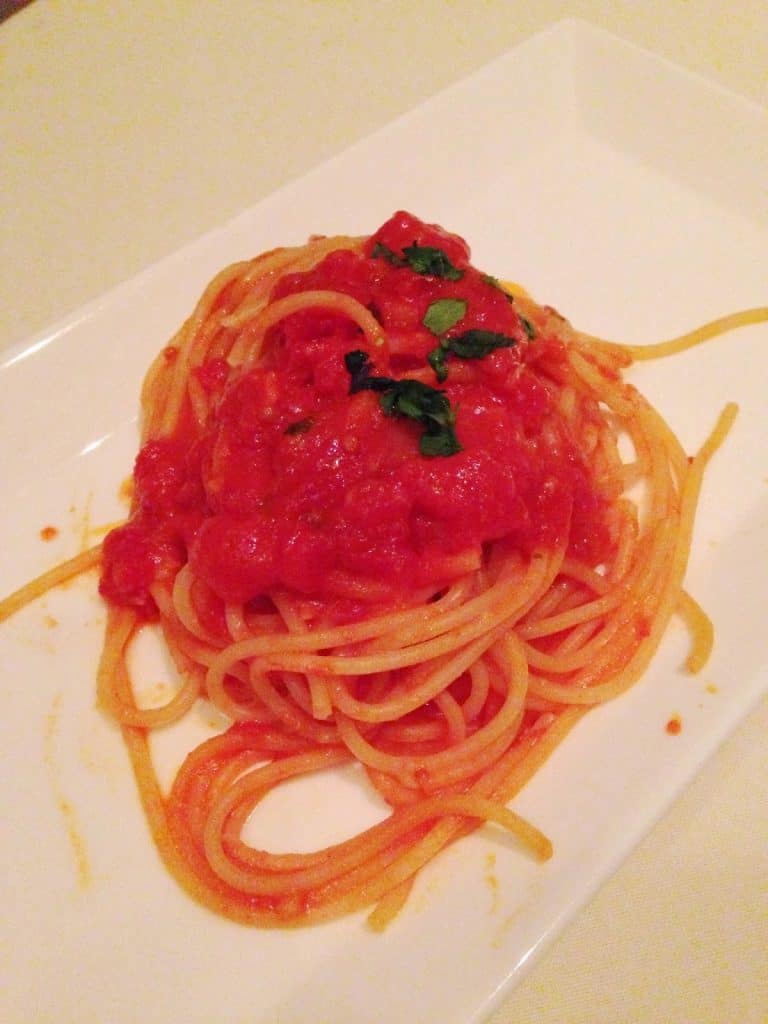 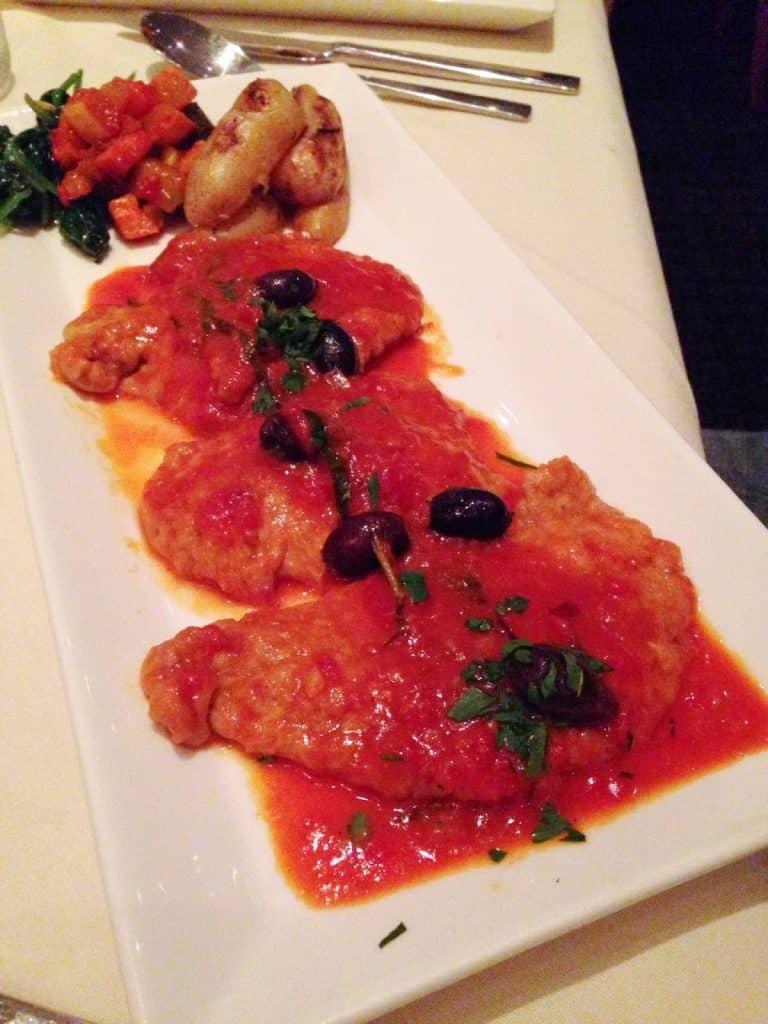 Though everything was delightful, I must confess there was one downfall to the meal: Dessert. The Prix Fixe menu comes with a standard scoop of gelato with a drizzle of chocolate sauce, which is sort of boring, but never underappreciated in my world. But :::gasp::: I actually wasn't a fan of the gelato! You know how sometimes ice cream that's left in the freezer too long gets a sort of chewy edge around the top? I kept finding those in my scoop, which made for a very sad pregnant girl. The gelato itself wasn't smooth and silky, but sort of icy. Did it stop me from eating the whole thing? Nope. But after such a great experience, I wished it had ended on a better note! Next time, we spring for a dessert OFF the Prix Fixe! 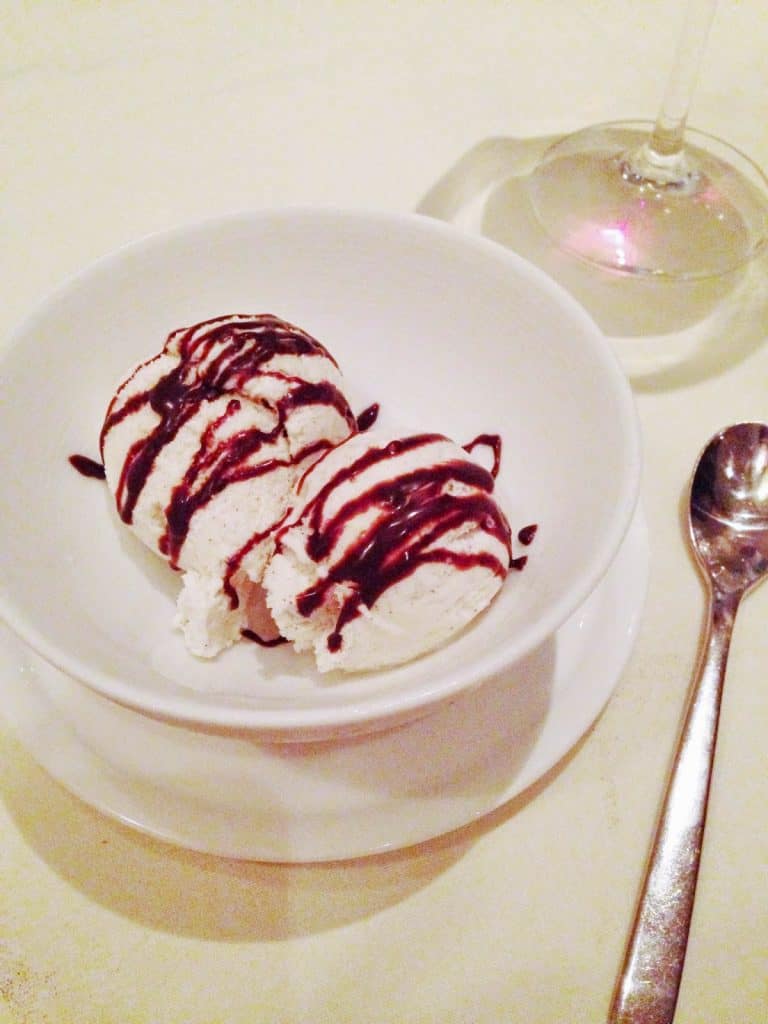 My final conclusion: Barolo is going to do just fine. From the happy chatter around us from other folks enjoying their meals to the rave reviews they've already managed to acquire on Yelp and Facebook, it seems the community has spoken.

When we visit again {I think this place would be Mama & Papa Muscari approved, which says a lot}, I'm going to choose more creatively, because I really think they have something special to offer.

Thanks so much for the great visit!