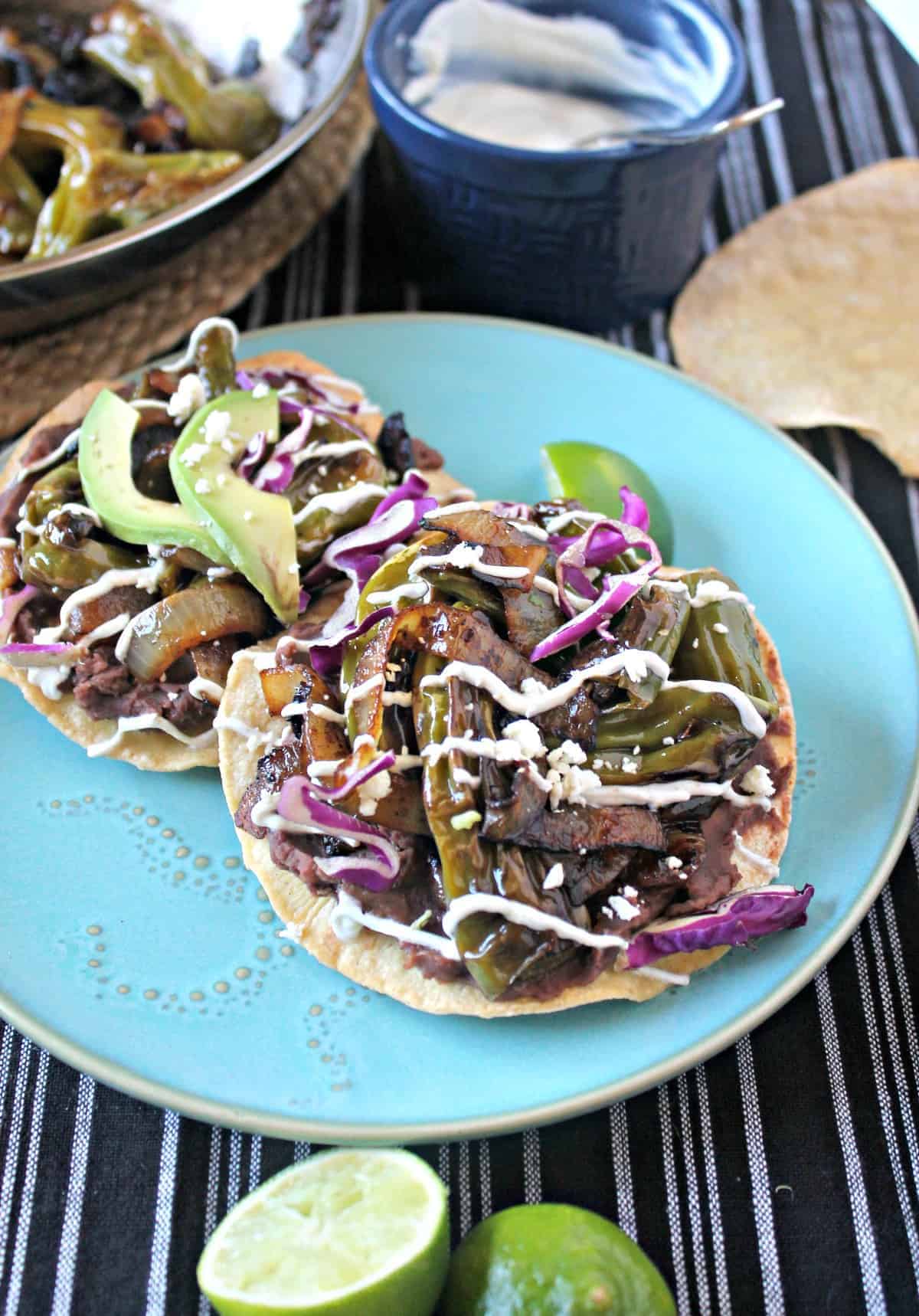 If you ask my husband what he wants for dinner on any given night of the week, you are almost guaranteed to get a reply that includes some form of taco, tostada, or Mexican-inspired fare. Oddly enough, we almost never take part in an official "Taco Tuesday" and when we do, they're not usually tacos of the common variety.

Though I like using tortillas as the mode of transport for all the good stuff you normally pile into a taco, I'm always on the lookout for unique filling ideas {especially ever since I said "adios" to most forms of meat.} I love a good shrimp or blackened fish taco, but even those can seem a little common for my taste when I'm feeling like trying something a little different.

So, recently, when I was peering into the fridge trying to figure out what to make for dinner and I spotted a bag of shishito peppers {I pick them up almost weekly at Trader Joe's}, I thought, "Hmm... now that might be interesting." And it turns out, I was right. 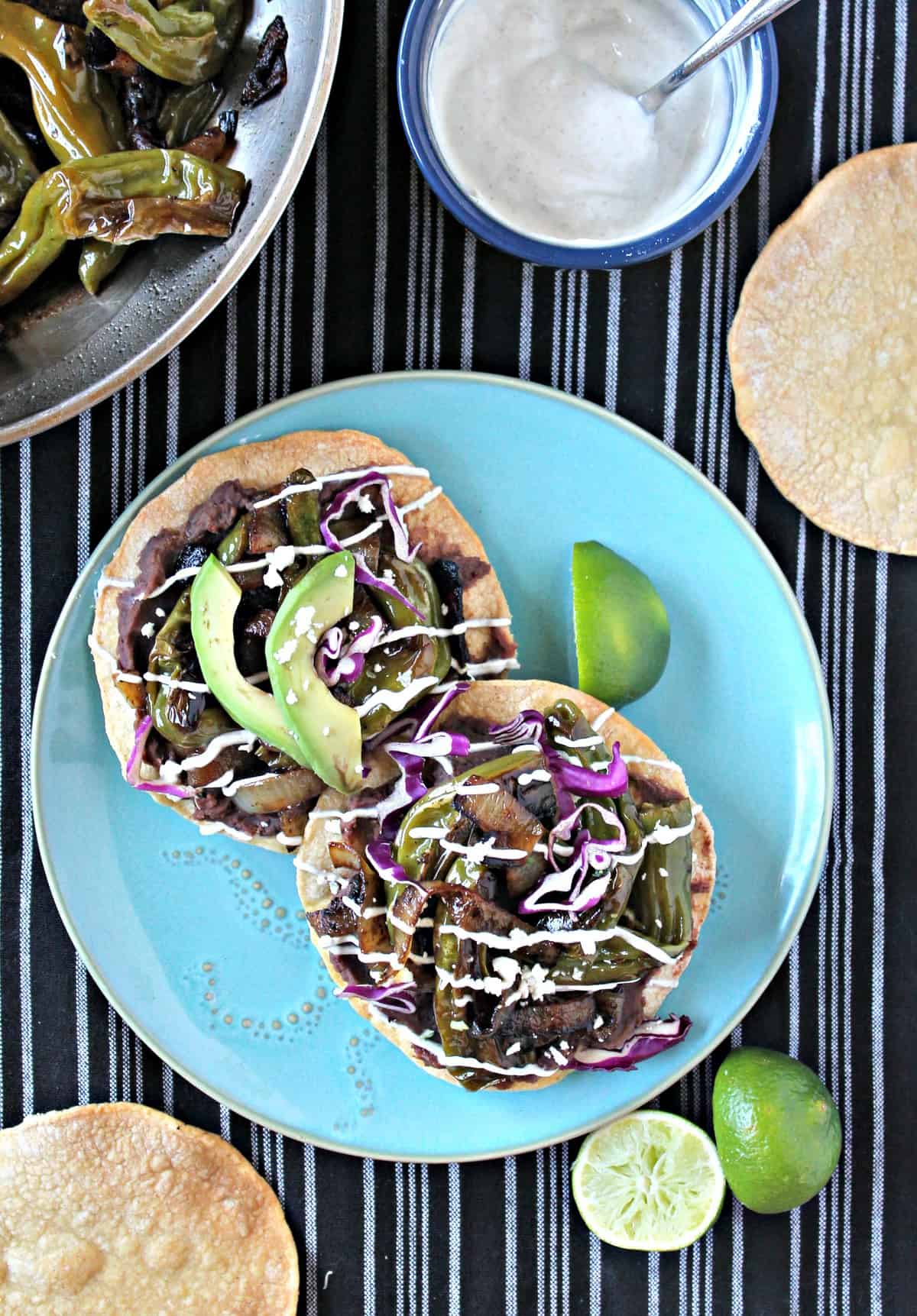 If you've never tried them, shishito peppers are nothing to be afraid of. The majority of shishito peppers are mild in flavor and minimal in heat. BUT. About 1 in every 10 to 20 peppers packs a fiery punch, so have your glass of water {or frozen margarita} on standby just in case you happen to win {lose?} at shishito roulette.

Other than liking to surprise unsuspecting victims from time to time, shishitos have a nice flavor and are perfect for charring in the oven, over the grill or, in this case, quickly in a hot skillet.

In these Charred Shishito Pepper & Refried Bean Tostadas, they add a nice smoky flavor to each bite while the onions lend a little sweetness. I use canned refried beans for these because they're something that I typically whip up quickly on a weeknight, but sometimes I also use cooked black beans that are lightly mashed since they're a pantry staple I almost always have on hand. To top them off and add a little extra zip, I whisk together a simple yogurt sauce flavored with cumin and lime juice and drizzle it over the top before adding whatever else strikes my fancy -- sliced avocado, queso fresco or even some cabbage mix for extra color and crunch. 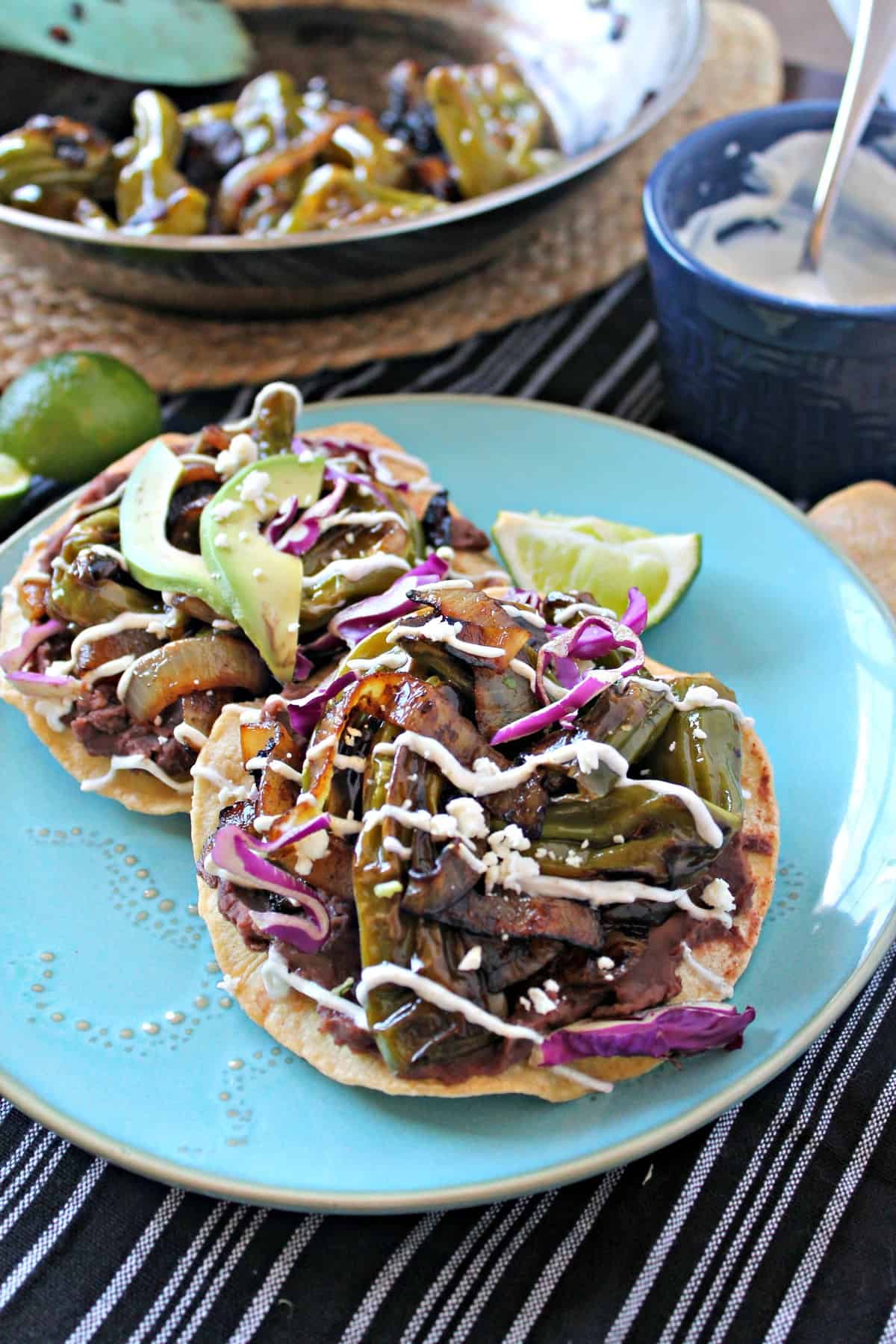 These would make a great {easy!} Cinco de Mayo bite --  tacos or tostadas typically are since they're quick, simple and can feed a crowd even if you're on a budget -- but, like I said, we typically enjoy these any day of the week... that is, my husband has anything to do with it.

His tastes may be a bit predictable but those sneaky shishitos? They're enough of a gamble. 😉 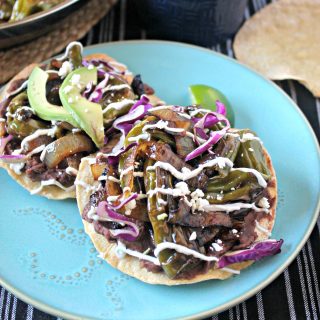