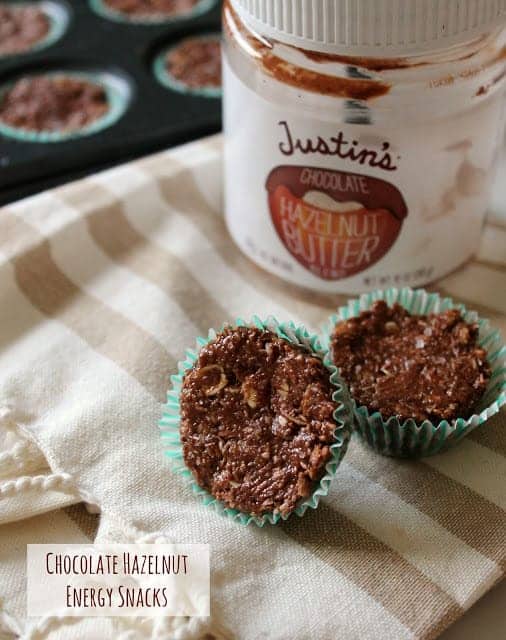 Confession: I've been running on empty.

Sputtering along with barely enough fumes of creativity to move forward, which I'm certain has been obvious by the lack of regular posts lately. For a girl who's never truly had "writer's block", the experience has been completely maddening.

Sure, blogging has come with its own list of challenges {namely, learning how to do pretty much everything involved}, but writing was never been among them. I got 99 problems, but blabbing ain't one. Or it wasn't up until now, anyway.

I used to be able to sit down and fill post after post with anecdotes {that I found slightly amusing, at least}, but now... this. Talking about having nothing to talk about.

The condition has been creeping up on me slowly over the past few months, but I've managed to pull it together and plug along, until a few months ago when I found myself having a meltdown stressing over a blinking cursor. And then suddenly -- in the middle of a succession of uninspired key strokes --  I realized that while, yes, I do have obligations and posting deadlines from time to time... I am the boss of me.

And The Boss said, "Dianna, take some time off to get a life so you have something to write about."

That's how I knew it was time for a little break from the way I've been doing things. So while I've been gone from a regular posting schedule, I've been attempting to fill my real schedule with things to fill me with wonder, joy and peace. You know... stuff to write about.

I've spent late afternoons outside sitting on a blanket under a tree letting my son climb me like a jungle gym. Cooked and baked all kinds of things, just for fun {imagine that!}. Cleaned and organized parts of my house that I've been putting off attacking since we moved in years ago. Took a weekend trip to Miami to celebrate 6 years of marriage with my guy. Met friends for lunch. Took Cole to a baby yoga class. Visited with my Aunt & Grandma. FINISHED A BOOK I STARTED READING 3 YEARS AGO.

In other words, I lived.

There have been times during all this living that I've had the urge to sit to down and write, or have had a creative idea or two pop up... and then fade again. In short: I haven't been "cured" of writer's block. But I know that the memory is there, filed away and ready to be written about another day when I'm inspired to do so -- not just because I feel the need to regurgitate what happened to meet a {self-inflicted} "3 posts per week" quota.

A few weeks ago, I was able to recapture some of my enthusiasm at the Food & Wine Conference in Orlando, where I couldn't help but be energized by the folks around me who are brimming with creativity and talent. It didn't hurt to receive a compliment from the conference keynote speaker, Monica Bhide, who kind of knows what she's talking about.

My tank is full.

Things have changed. My motivation has changed. This blog may change. {A little bit. Not too much.} There is a lot and nothing at all happening in my life all at once. It's a weird place to be.

While I figure out where this is all going, I'll still be sharing recipes and collaborations when I can. And when I can't? Well, hopefully that will mean that you can find me living, collecting stories to share again when the writer's block falls away.

Because living is the only thing that truly matters.

Incidentally, I have a tie-in here to a project I've had the good fortune of being a part of as a Stonyfield Blogger: Target's Made to Matter campaign. 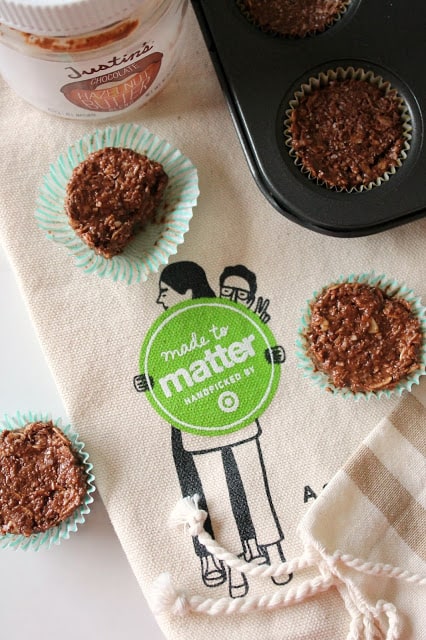 Target and Stonyfield understand what really matters, too -- conscious living that focuses on the health and prosperity of humankind and the planet. Though it may seem like a very small step, choosing to purchase products that are made by companies who take the time to create products that make a difference to the environment and their consumers' lives is a powerful way to start a wave of change.

Stonyfield, along with 29 other wellness brands {such as Justin's, Annie's Homegrown, EVOL., Ben & Jerry's and Seventh Generation} is being included in Target's collection of products that promote better living. To celebrate being among such an elite group of sustainable, quality-driven companies, Stonyfield is launching a new line of "Supergrain" Greek yogurts {think: flaxseed, buckwheat and quinoa!} that will be hitting store shelves soon, exclusive to Target!

I love Stonyfield because of their commitment to organic, smart choices... and I love anyone who helps me stay on track with better-for-you snacking. 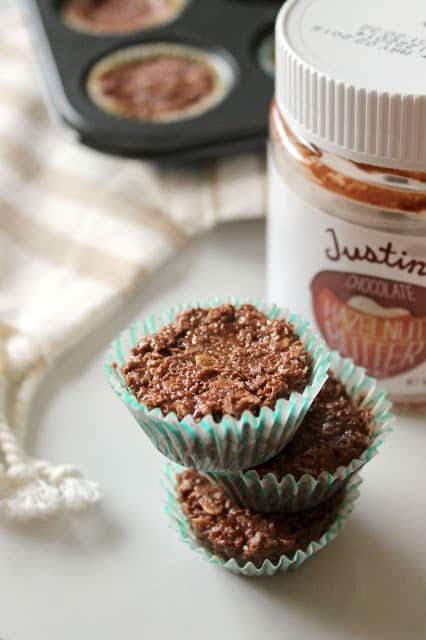 Among the goody bag of Made to Matter products that I received was a jar of Justin's Chocolate Hazelnut Butter. Knowing that this delicious treat could only lead to a trip to the silverware drawer for a spoon to dig in with, I whipped up a batch of their Energy Snacks... best idea ever!

These little bites are packed with oatmeal, unsweetened shredded coconut , and of course, rich, decadent Chocolate Hazelnut Butter to hold it all together. In other words, there's no guilt in popping a few of these as a sweet treat... and how amazing would a few of these crumbled over some Stonyfield yogurt be for an afternoon snack? 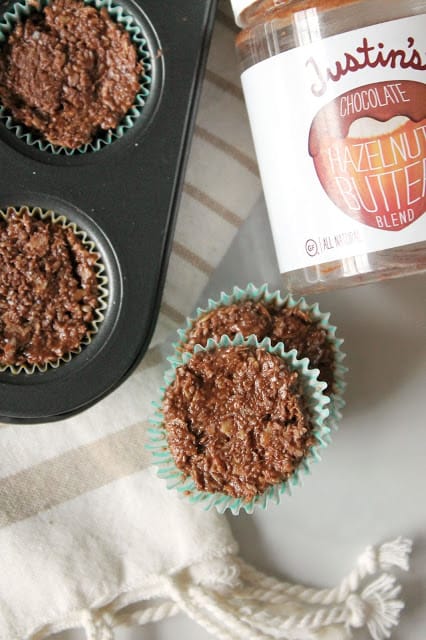 Enjoy these treats knowing that you're doing something good for yourself and for the world with products that are "Made to Matter" AND made to satisfy! 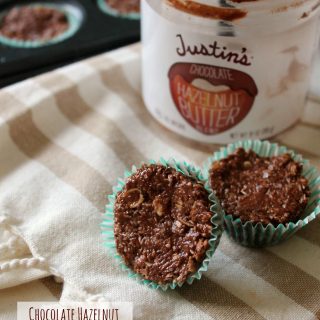 Note: I have also made these by rolling the mixture into balls. Equally as delicious, but a bit messier! If you don't have a muffin tin, this is an option.

Disclosure: As a Stonyfield Blogger, I received samples of some of the Target Made to Matter products and compensation. As always, all opinions here are my own!