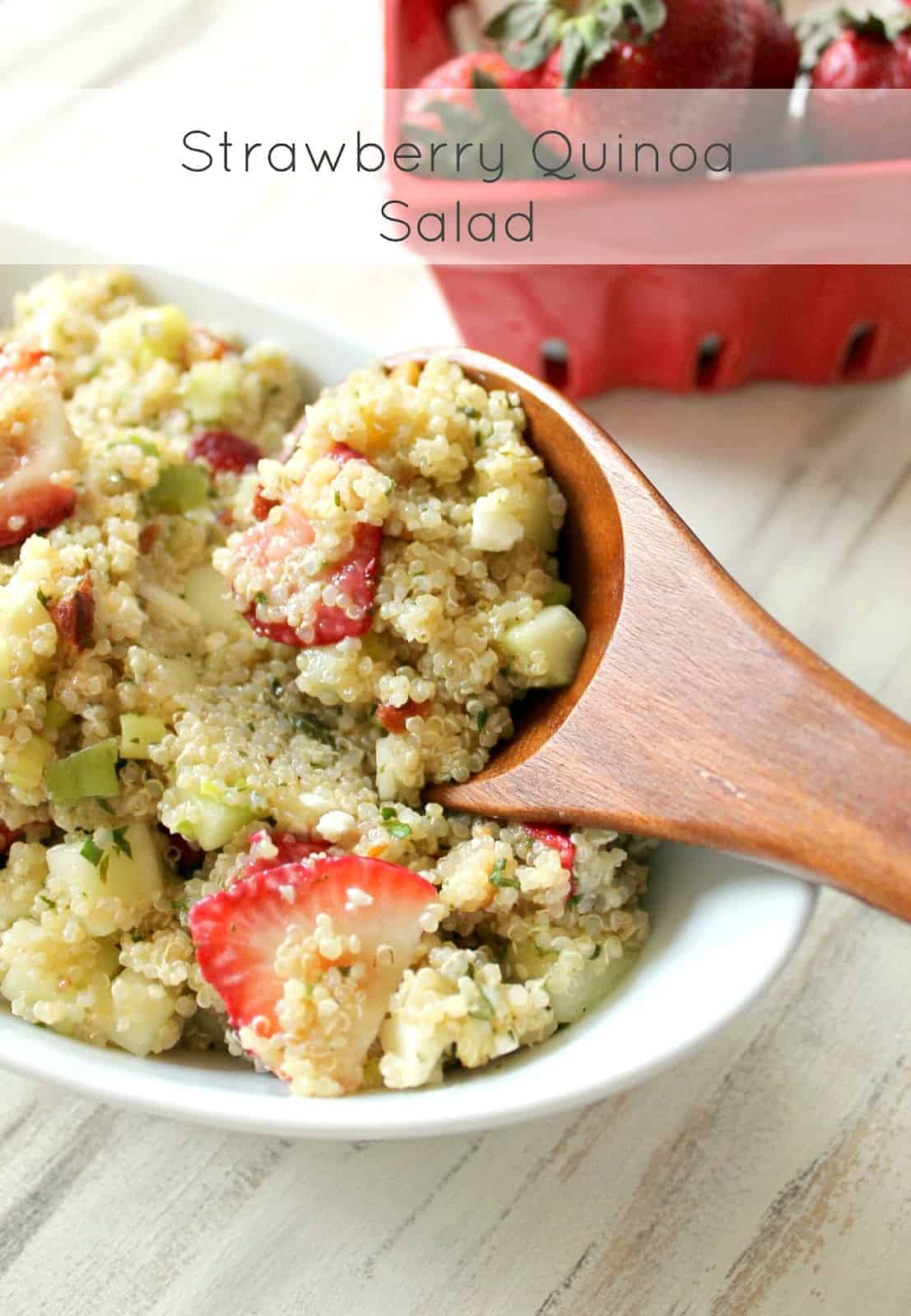 They say the truth hurts.

I can attest to that.

Sometimes it's a stinging feeling, like you fell and scraped your pride. Sometimes it's a dull ache. The kind that alarms you enough to go to a doctor and get it checked out.

At least that's the kind that I experienced recently. Nothing serious, just a little reminder that at 31, I need to be on top of things pertaining to reproduction and eventually attempting to create offspring.

NOTE: This post discusses things of a personal nature. If you feel uncomfortable reading the word "ovary" on a food blog {which, I wouldn't fault you for}, this would be your cue to scroll down to the recipe or click to another post. I won't be getting too graphic, but I thought I'd give you a heads up just to be fair.

Anyway, I recently went to my annual lady parts appointment {And OH MY GOSH, I am sort of in disbelief that I'm actually telling you this here. All of you. Wow.}, and had the same conversation that I have with my doctor every year. It went something like this:

And so, just to be certain that the "one thing" was, in fact, nothing new to report, my doctor set up a follow up appointment to check out a few more things and make sure all was well.

It's never a good thing when you overhear the doctor say, "No, I want to talk to her for a sec.", and then close the door behind her. It's the kind of thing that makes your stomach churn and your palms sweat. And in the few minutes leading up to that "talk", your imagination can seriously run wild.

Long story short {And saving you LOTS of unnecessary details. You're welcome.}, I was told that I have a cyst on one of my ovaries.

It's actually not a big deal. In fact, it wasn't "news", exactly. The first time I heard about it was a few years ago when my doctor initially discovered a few of them. Upon my most recent visit, they found that the original ones had disappeared.

But those aren't the current problem. The problem is this new addition which is larger than my doctor feels comfortable leaving to resolve on its own. Which means surgery. Which means I'm a basket case. Which means, I can't think about anything but this damn thing.

I can imagine that you're wondering, "And what exactly, Dianna, does this have to do with food?? You know that's why we come here, right?" {And yes, I do.}

But it has everything to do with food. Because food is the fuel that we run on. And I, my friends, have been doing a poor job of fueling myself properly. 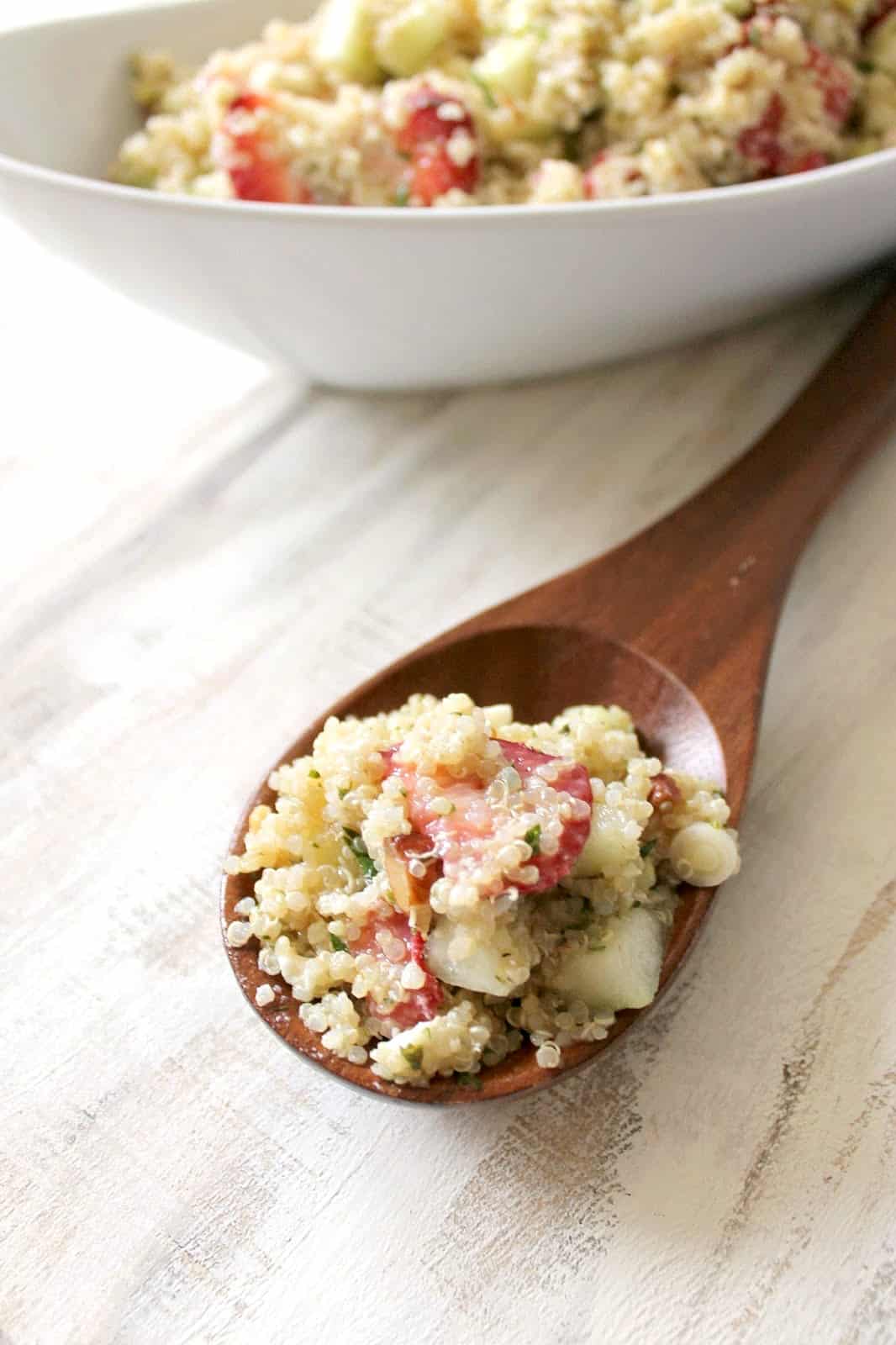 Don't get me wrong... I'm careful about what I eat. I read labels. I eat my veggies. I cook { and bake} from scratch. I limit my bad fats. I don't even eat red meat. My husband is a super healthy eater, and by default, I don't get away with a whole lot.

That being said, I have a vice. A few of them, actually. Namely dairy {cheeeeese}. And sugar. And coffee {with sugar and dairy}. And wine. Mmm, wine.

These things that I love so much... they're {sadly} inflammatory. And I know that. I do. But this little thing called blogging has given me just enough reason to consume way more of them than I need to. Even though I give away the majority of the things I make. Even though I'm all about "moderation". I've eaten far more goodies than I should in the name of the blog. 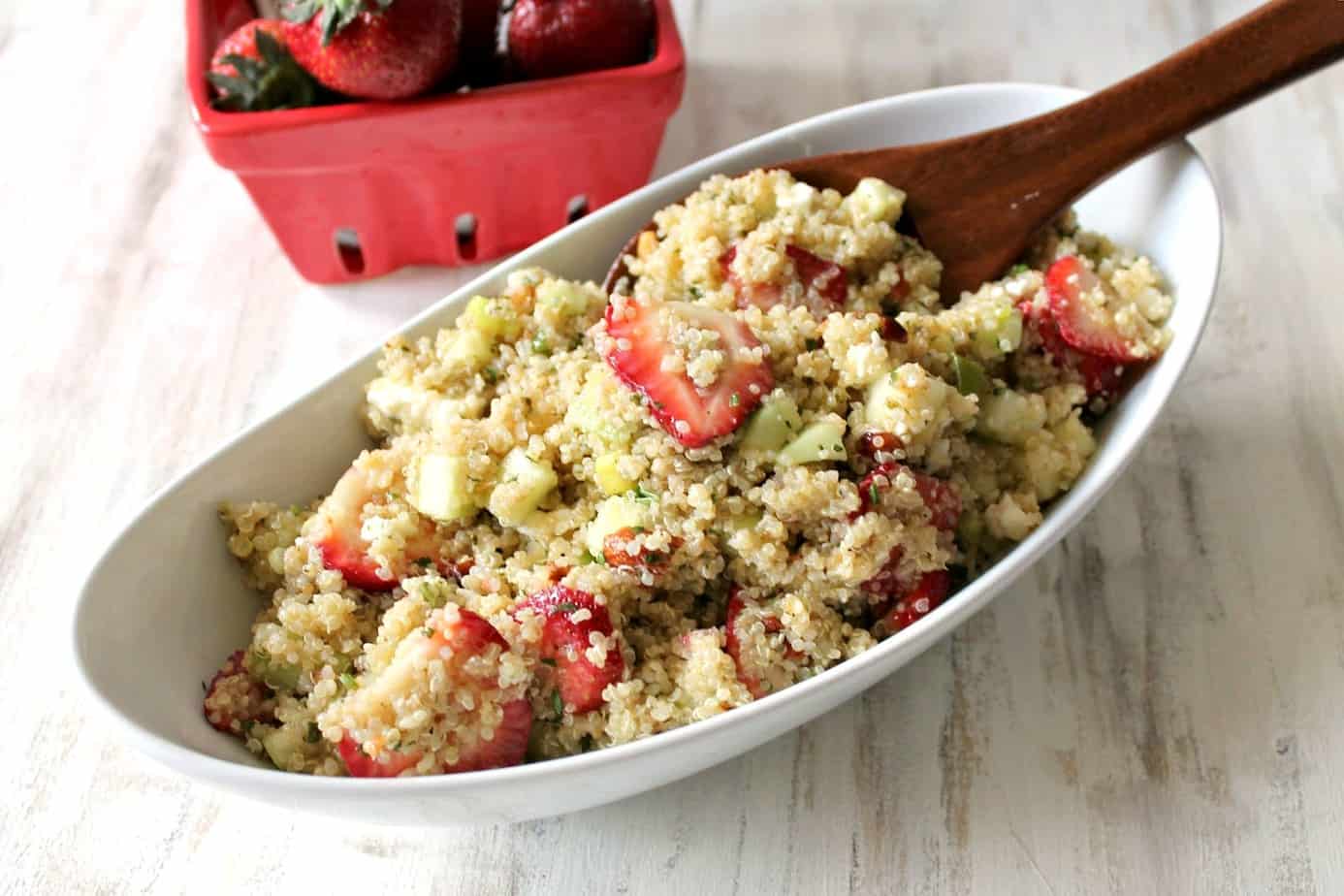 It's what happens when you notice that your cupcake posts get about 10 times more views than your roasted vegetable posts, and as a natural result, you have cupcakes in your house 10 times more often than you normally would.

But that's not your fault. And it's not the blog's fault. 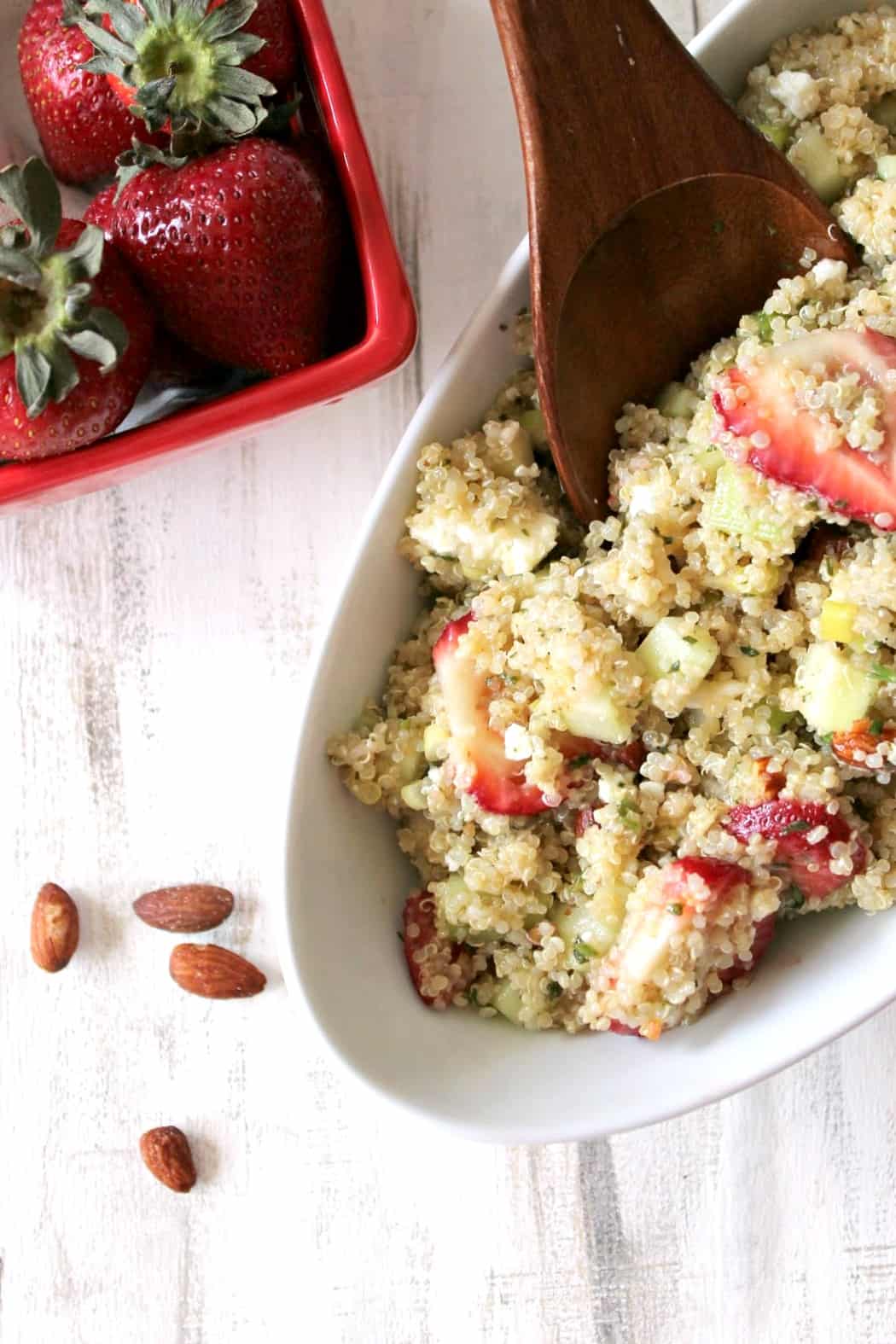 Here's the thing: I cannot live a life without the aforementioned items. Well, ok. I can. I just don't want to. And I don't think anyone should have to if they don't want to. So, I don't plan on eliminating them completely, because quite frankly, that's just cruel.

But something's got to be done. And since there isn't much I can control in this situation, I figured the least I could do was try to aid my body in healing itself so that I can avoid surgery. Perhaps the food isn't the direct culprit, but it can't hurt to investigate.

So... I'll be writing some posts in a new series: Coming Clean.

I debated writing about this in such a public forum. It could make people uncomfortable. It could stir up controversy. I've already had these talks with friends {and family} who have different opinions about diet and medicine and holistic approaches. I respect all of them.

I'm just not a "Here, take a pill." kinda gal. And I feel like I need to take some responsibility for my own health. I'm not suggesting this is the only route, or the right route for you, but it's the route I'm taking.

So, since this is going to affect what you'll be reading, I decided to share. You might have suspected something was up anyway when you started seeing less frosting and more fruits & veggies. 😉

For your sake and mine, I'm going to to do my very best to share only the tastiest things I come up with. And don't worry... there will still be cheese. And sugar. And wine. Just not as much as before. 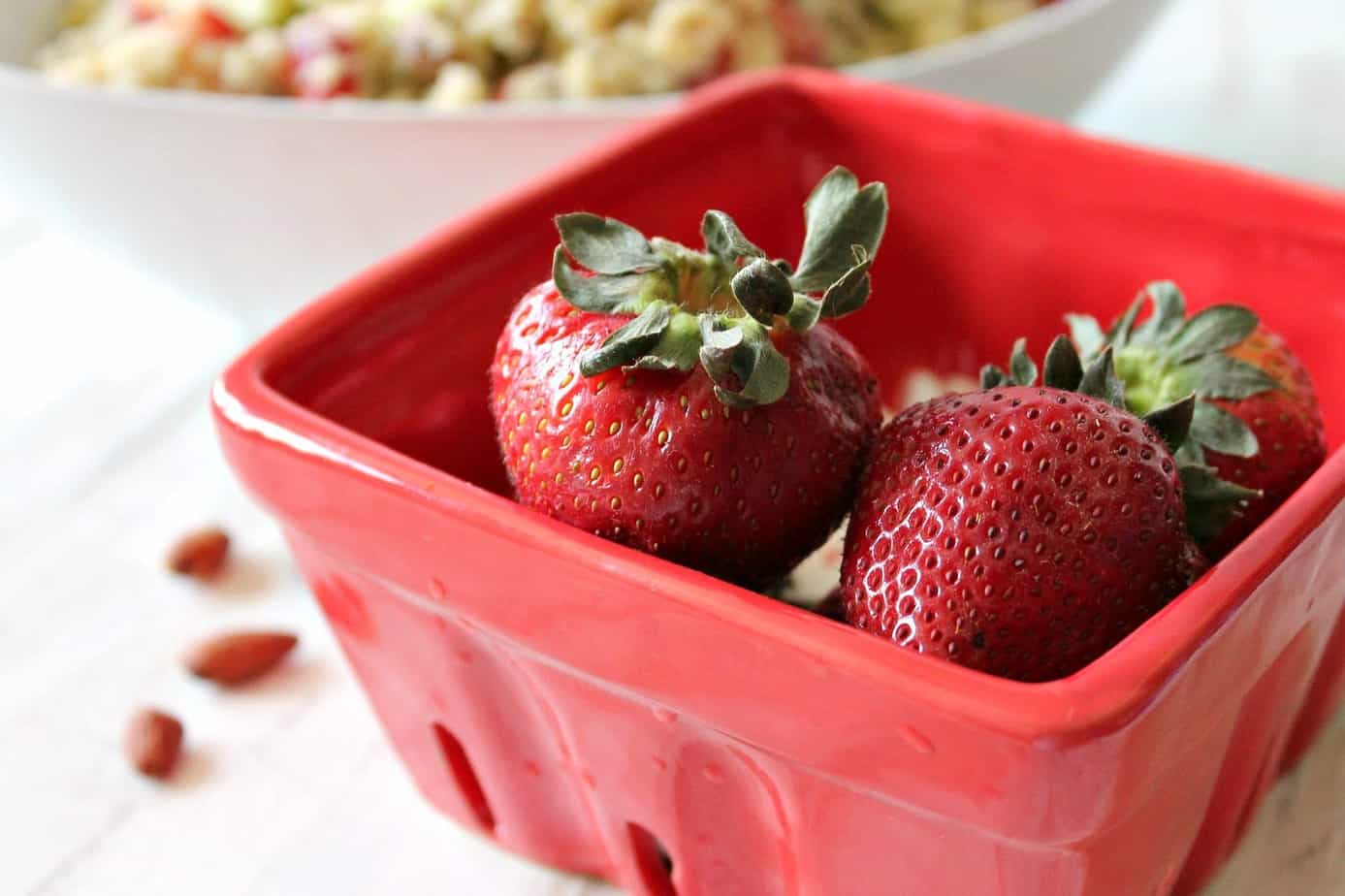 I've got six weeks before my next appointment... six weeks to shrink this little sucker and show it who's boss. And if eating stuff like this Strawberry Quinoa Salad is the solution, then I don't think I'll mind it one bit.

This dish is a perfect combination of flavors - savory, sweet, crunchy, refreshing. And yes, there's even a little cheese involved. 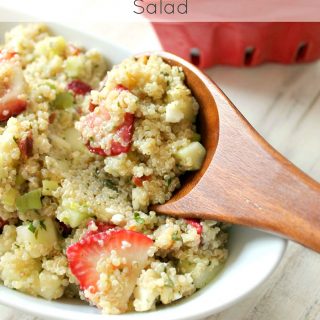