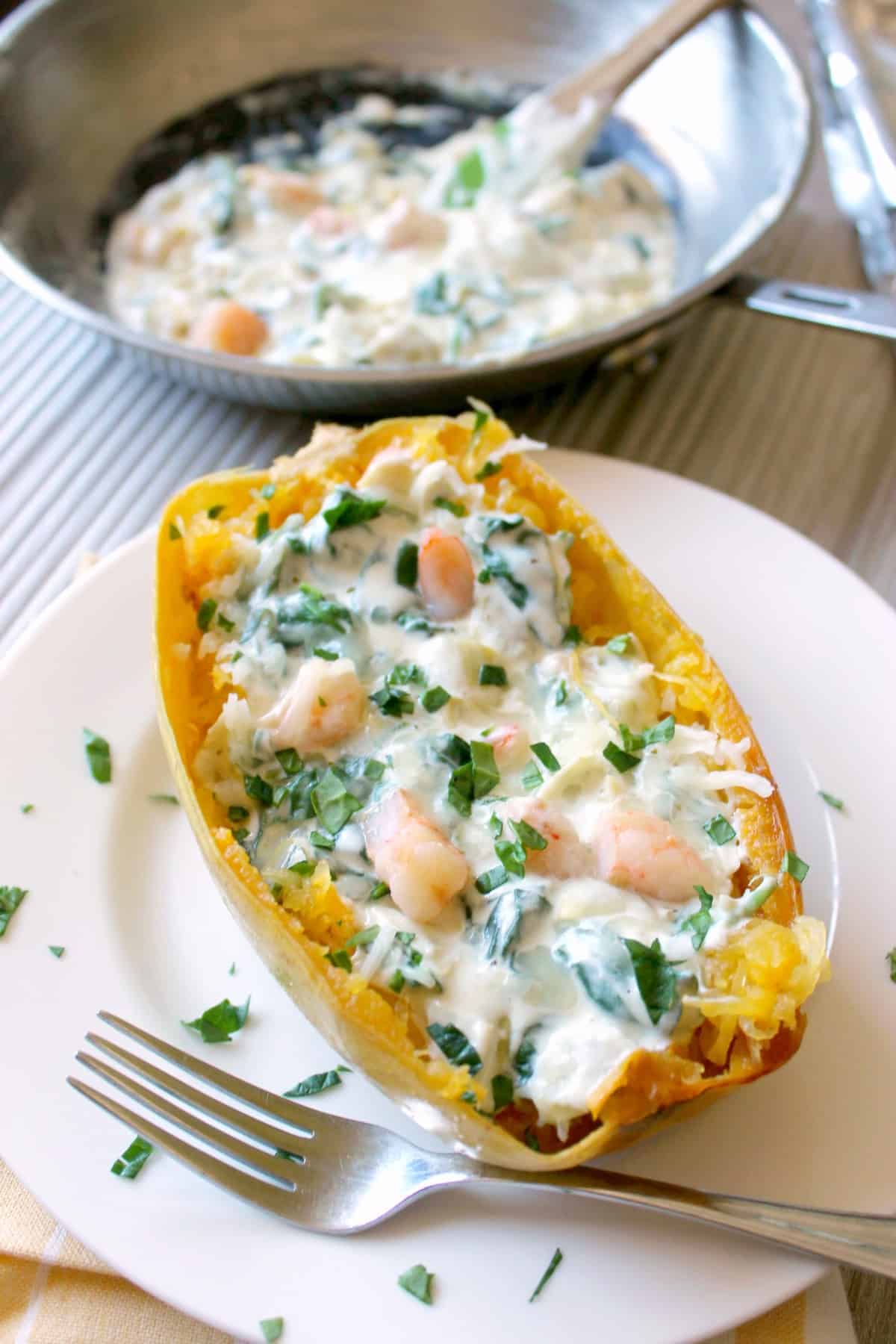 Have you ever wondered what made someone pick up something as strange-looking as an artichoke and think, "I bet this would make a delicious snack!" {Or am I the only one that wastes valuable -- not to mention limited!-- energy and brain power on such ridiculous thoughts?}

Who in their right mind would think to cook the thing up and then pluck its leaves one by one, scraping off the edible portions with their teeth? Not I, that's for sure. Which is why up until last week, I had never cooked a fresh artichoke.

All that armor-guarded exterior said to me was, "I will be far too much work to cook for a measly amount of food." So, I always admired them from afar and then, if the need arose, I bought them prepared in a can, jar or bag in the frozen section of the grocery store and called it a day.

But last week, I decided it was time to tackle my spiky little nemeses. I bought them. Brought them home. Put them in my fridge. And then proceeded to avoid them for about a week. At the eleventh hour {no, seriously, I'm pretty sure they would have been too far gone had I waited 30 minutes longer}, I finally summoned up the courage to meet the challenge.

I trimmed them {after the requisite Googling, of course}, placed them in a pot with a few inches of simmering water {and discovered that I don't own a steamer basket}, plopped a lid on and waited the suggested amount of time. Finally, I pulled one out and gave one of the leaves a tug -- it came loose! I had confidently gone ahead and made myself a dipping sauce of melted butter-flavored coconut oil infused with a smashed clove of garlic while the artichokes were cooking, so I went ahead and dipped the end in and gave it a taste. Yep! I cooked an artichoke.

What followed was a series of actions that were a combination examination/lunch/artichoke autopsy {all of which I shared with those who cared to watch on Instagram stories, of course. Because if you didn't put it out there in a video that only lasts 24 hours, it never happened.}. Satisfied with the results, I cleaned up and triumphantly went about the rest of my day.

I learned two important things from this experience: 1. Artichokes aren't as hard to prepare as I thought. and 2. I will most likely still buy jarred artichoke hearts when I need them for a recipe. 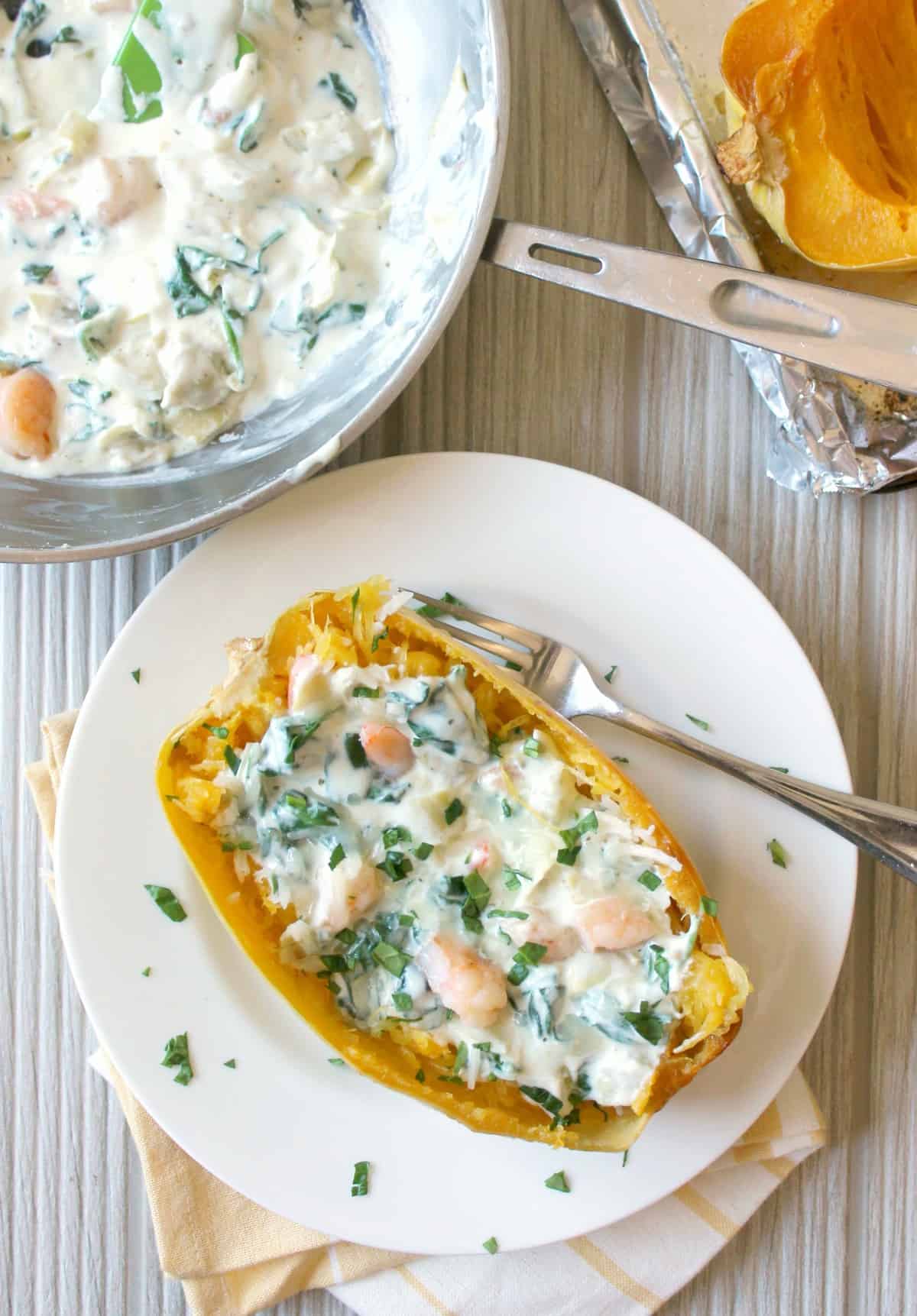 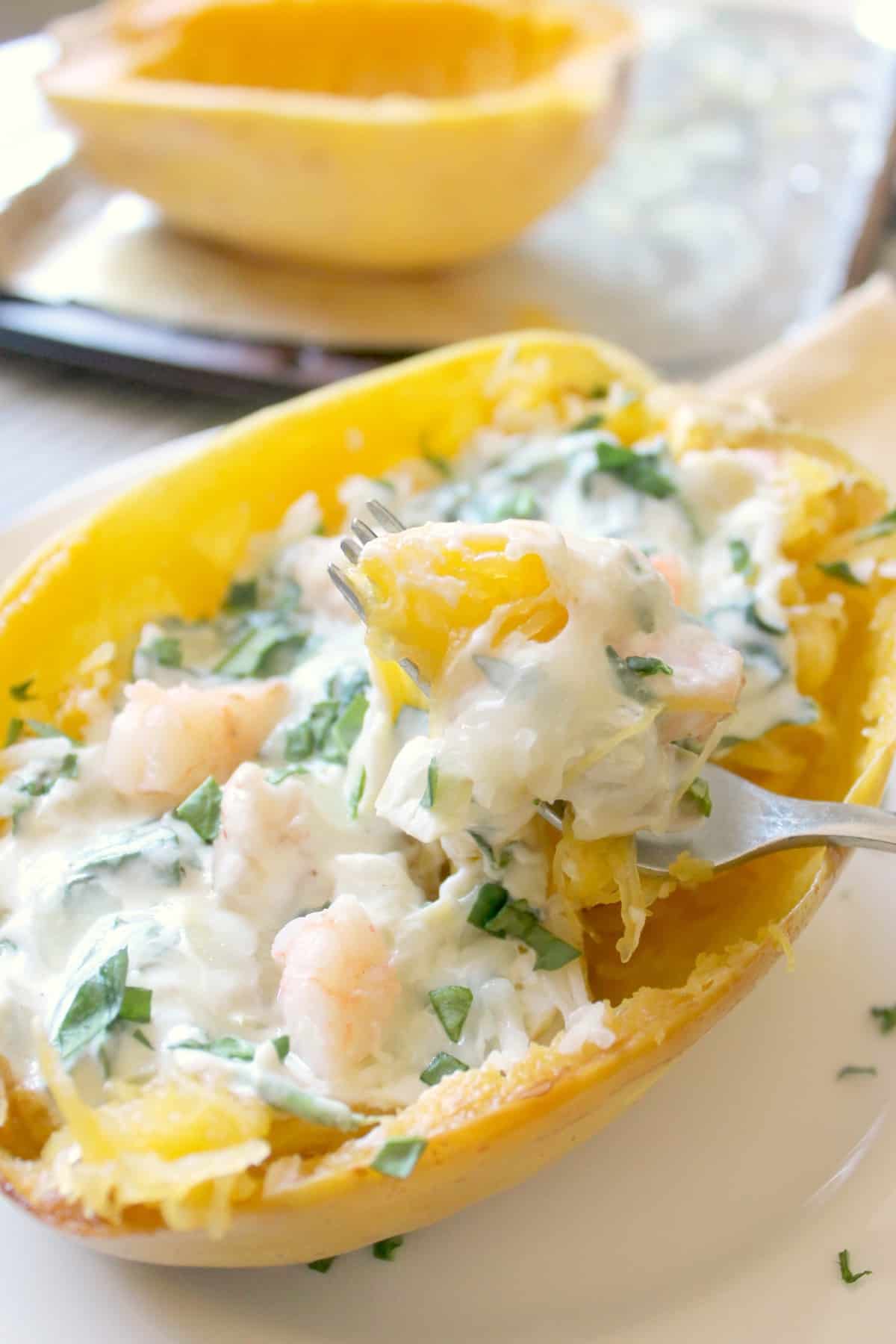 Roasted spaghetti squash is smothered with rich and creamy sauce reminiscent of the ever-popular spinach and artichoke dip. Shrimp gives the dish some additional texture and heft, making it a filling comfort food for a weeknight dinner. If you prep ahead by roasting the squash ahead of time, it only takes minutes to throw together! Swap out the protein to change it up or use your favorite veggie in place of meat to keep it meatless. 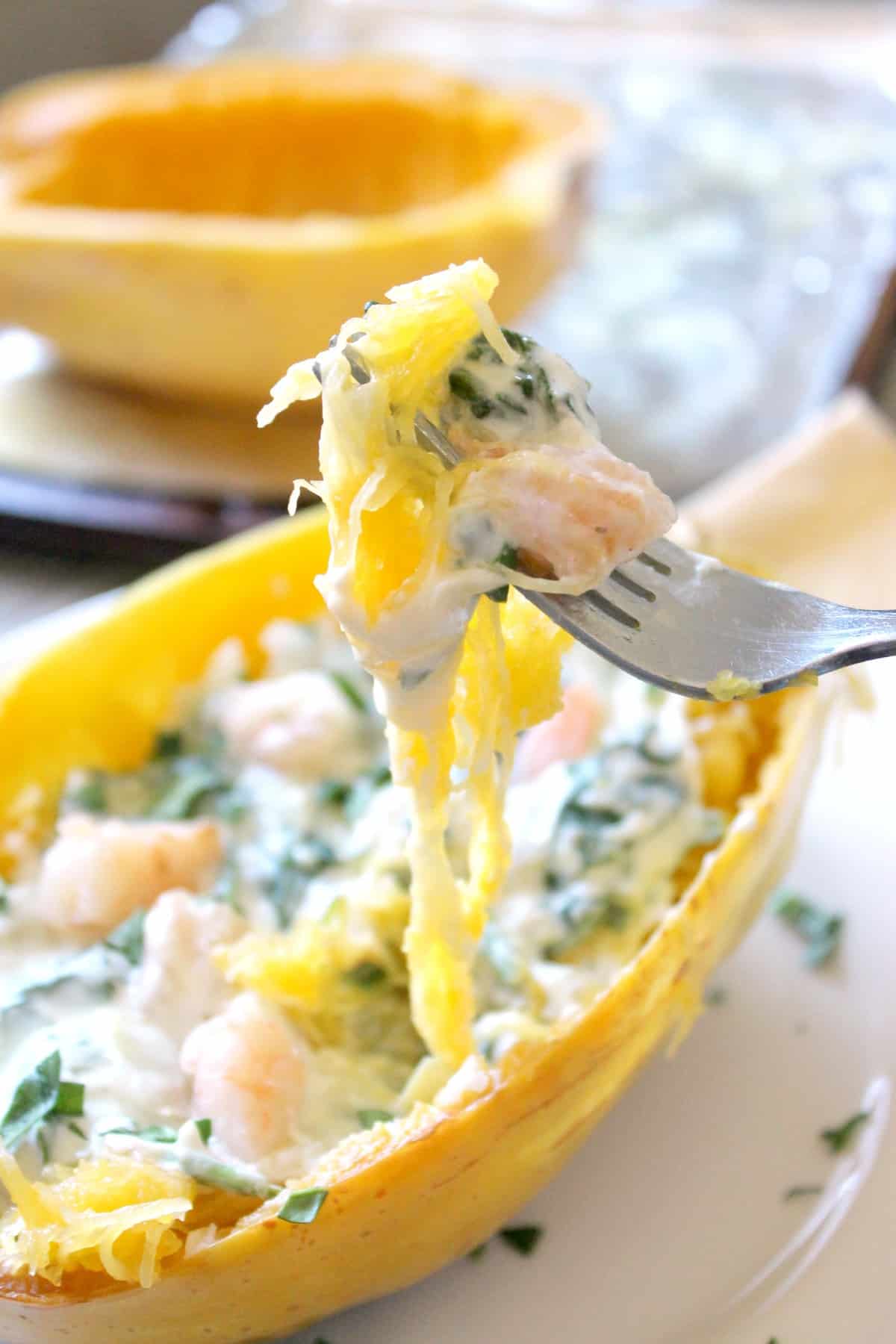 Though I went right back to my jarred artichoke-loving ways, I'm glad I took the time to try cooking one for myself! One more check on the culinary skills list. 🙂 Have you ever avoided an unexplored ingredient because you weren't sure how to prepare it?

Unlike the mystical artichoke, this recipe is straight to the point and delicious, so I hope you won't be afraid to give it a try! 🙂 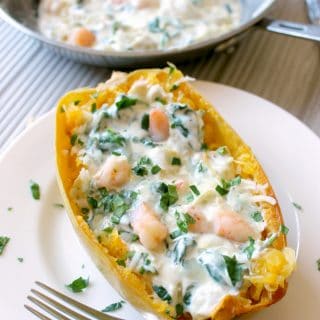