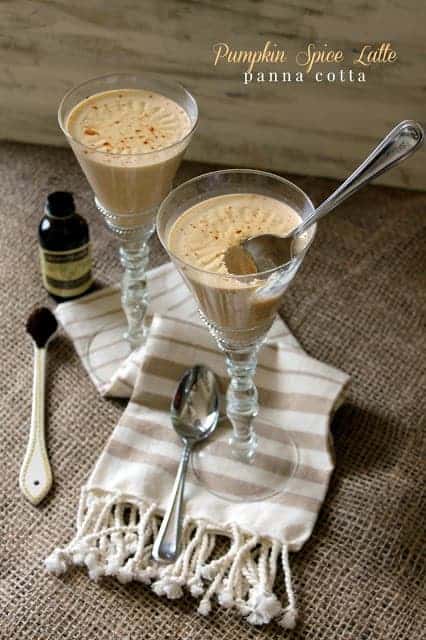 My child has an uncanny ability to detect the exact moment that I sit at my laptop to get some work done. Even when he's sleeping. It's both extraordinary and highly frustrating.

Since I'm no longer "ahead of myself" when it comes to blog posts {meaning I have nothing on standby for a rainy day}, this "gift" of his means that I haven't prioritized blog-related activities in quite some time. {Unless there's a deadline or special project, of course.}

It's hard to work on a recipe when you might have to stop mid-way, and even more difficult to keep your train of thought when your writing is stop & go. Answering emails and responding to texts {or pretty much anything requiring more than 30 seconds of my attention at a time} also fall into the category of things that have suffered as a result of staying home with the little guy.

As maddening as the lack of {perceived} productivity can be sometimes, I've cut myself some slack because, as it turns out, there is truth in that whole "The first year flies by!" adage. {We're already coming up on Cole's first birthday... what?!!} Being constantly tied to technology only makes it speed by even faster.

At this time last year, my belly was most definitely resembling a pumpkin, but since Cole was born just before Thanksgiving, I didn't have as much time for seasonal recipes as I would have liked. This year, I'm all about cramming in as many pumpkiny, appley, cinnamon-spiced things as possible just because I can... even though I still don't have much spare time. So, the biggest winners as far as recipes are concerned are those with a short prep time and handful of ingredients, extra points for holiday flavors and pretty presentation. 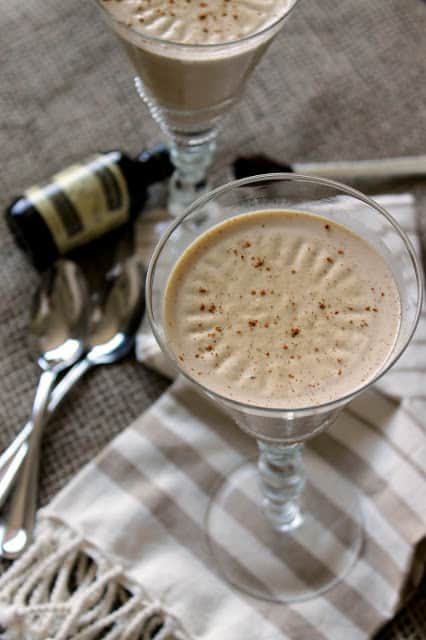 These Pumpkin Spice Latte Panna Cottas fit the bill. I originally saw this recipe in an email from Nielsen-Massey -- you know, the brand that Ina refers to as "good vanilla extract." Their version was a Peppermint Mocha Panna Cotta {which... yum}, but I don't shift gears to Peppermint Mocha mode until December. With a few little tweaks, I gave their recipe an October-appropriate makeover. 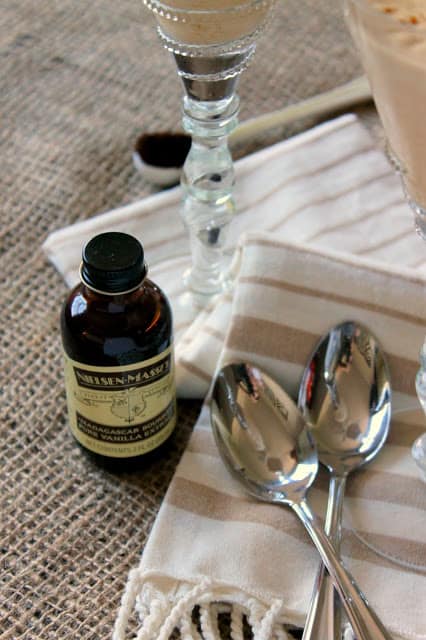 Truthfully, I've never been as nutty about the whole pumpkin spice thing as most everyone else is, but I who am I to deprive the masses from their seasonal sweetheart? 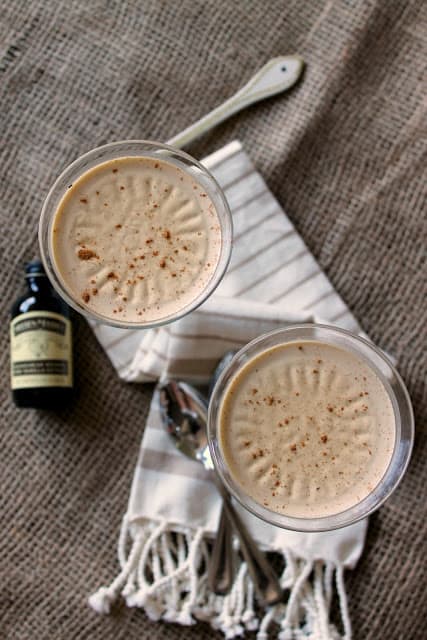 I'd never attempted panna cotta before, mostly because it seemed fancy and fussy. Now that I know how simple it is, I wish I had tried it a long time ago! I was surprisingly pleased with texture -- a cross between a pudding and flan. {I'm sort of funny about gelatinous things.} Unlike a pudding or custard, there are no eggs required which drastically cuts down on the cook time but still manages to achieve a smooth and creamy mouthfeel.

The addition of pumpkin puree, pumpkin spice and coffee extract creates that signature coffeehouse flavor that the crowds clamor over this time of year. 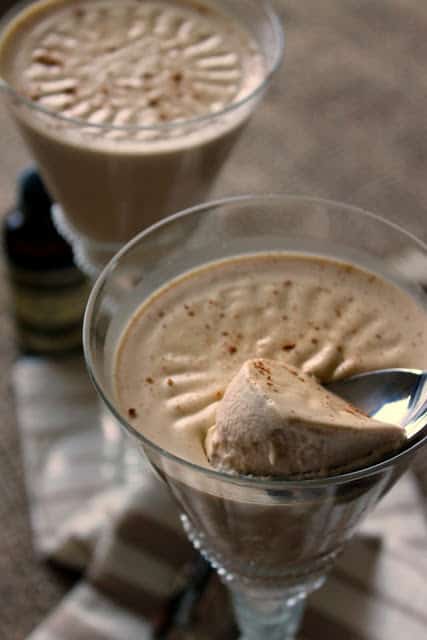 Though I served my panna cotta straight up, I was thinking a cookie crumb base, or maybe even a gooey pool of caramel in the bottom of the glass would be a great twist!

With recipes this easy to put together, I may actually get to participate in holiday entertaining... even if I have to do so between nap times. 🙂 Give this one a try!

What flavor combination would you try in panna cotta? 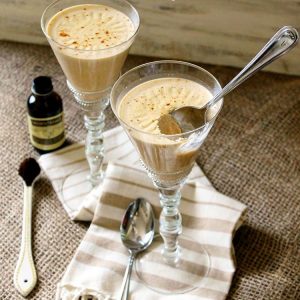 Garnish with a dash of pumpkin spice or cinnamon if desired.

Disclosure: I was not compensated for this post, but I did receive samples from Nielsen-Massey for my use. As always, the opinions here are all my own!