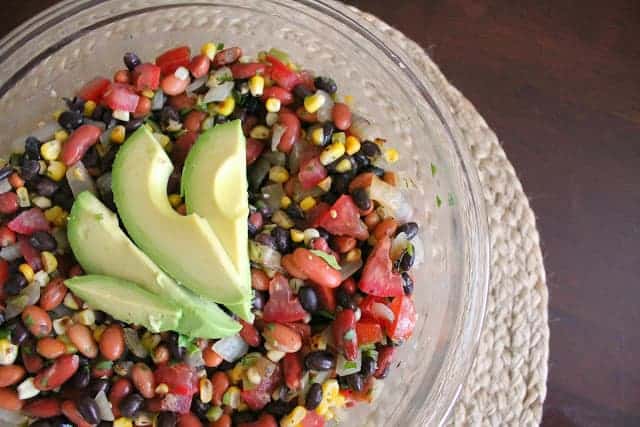 Do you ever find yourself making the same mistakes over and over again? For example, trying out new recipes or cooking techniques the day or night before {or of} an event that you are expected to show up with something that didn't look like it took an accidental trip through the garbage disposal?

No matter how many times I find myself up in the wee hours of the morning re-frosting a cake that went awry or putting a whole new batch of something in the oven, it never does stop me from winging a project I've never tried before out of sheer excitement.. {For the record, most times I do redeem myself... at the buzzer.}

Perhaps it's the adrenaline rush of getting things done last minute. {But, for real, couldn't I just go skydiving or something instead?}

Today was no different. For weeks I've been thinking about what I'd make for the 4th of July barbecue we were invited to. I wanted to bring something fun and creative. Something patriotic. Something different!

So I decided to make Red, White, and Blue Jell-O shots. {I know, very College Days, but this group is a particularly boozy enthusiastic bunch.} Easy enough, right?

Not when you get all fancy and try to use a mold with tiny star shapes that are next to impossible to remove said Jell-O from without an X-acto knife and a whole lot of patience.

I have to say, I was a little smug as I poured them into their little molds. They were turning out perfectly. I even remember thinking to myself, "Maybe I'm becoming so proficient in the kitchen that these mishaps will be a thing of the past."

Let's just say, I figured out how to remove them easily, but then went a little too far and ended up with Jell-O soup all over my kitchen counter.

That being said, I will not be sharing that recipe today. {Maybe tomorrow morning... last minute... just my style.} 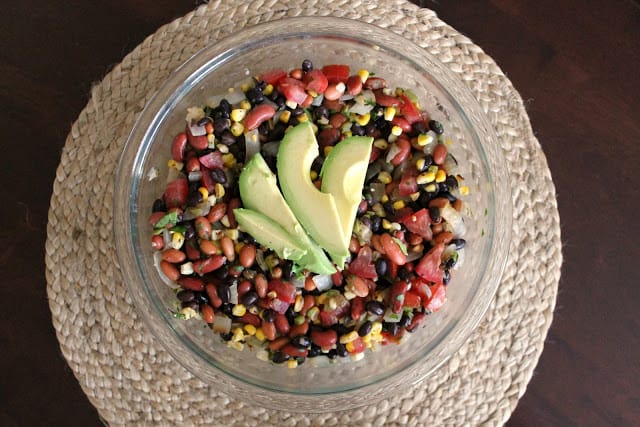 For today, I'm going to give you a recipe that you CAN actually make last minute. It's sort of hard to screw up. It's quite tasty. It won't spoil outside on a hot summer day. I'd say that {and the fact that it didn't explode, burn, or spill} makes it a winner. 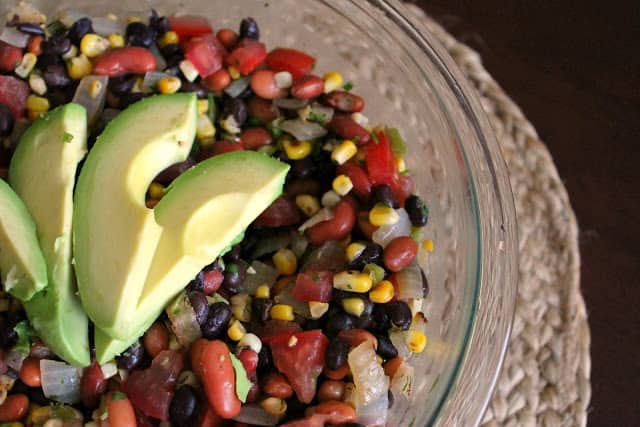 Go ahead. Make this tonight, or heck, tomorrow morning. We all need a rush from time to time. 😉

In a large bowl, place all drained beans. Set aside.

Lightly coat onion slices, ears of corn, and jalapeno pepper with olive oil. On an outdoor grill {or a grill pan or cast iron skillet on medium-high heat}, grill onions, corn, and jalapeno, turning until lightly charred in places, about 6-8 minutes.

{If you are using a cast iron skillet, which is what I used, you may want to scrape the kernels off the cob before cooking to ensure kernel contact with the pan for better charring.}

Remove from grill {or skillet}.