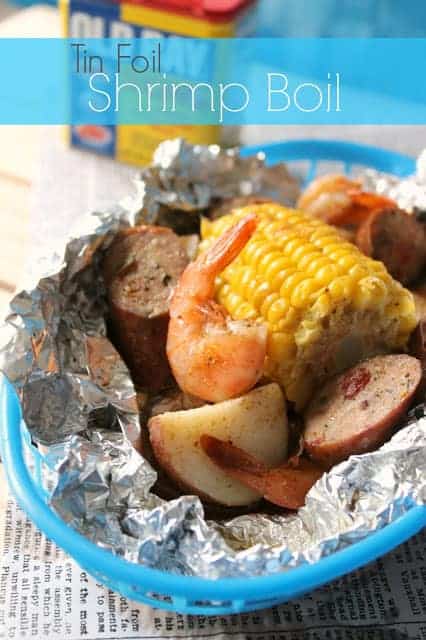 Has summer arrived where you live?

It's here in South Florida. How do we know when it makes its appearance here in the Sunshine State?

There are a few tell-tale signs:

- The namesake "sunshine" disappears every afternoon like clockwork and is replaced with sudden rainstorms and torrential downpours instead. Magically, they only happen when you're far from cover and forgot your umbrella.

- Your perfectly straightened hair is curly within 3 minutes of stepping out the door.

- All pools within a 10 mile radius are filled to the brim with groups of extremely wound-up children. {And a thin, oily film from sunscreen & tanning oil. BLEH.}

- You can walk in to restaurants that would usually overflowing at other times of the year. Expensive hotels begin to offer ridiculously cheap special rates.

- Walking outside immediately reminds you of a sauna... without the benefit of being able to shed your clothes.

- The mere suggestion of a potential storm sends people into a tizzy and clears store shelves of bottled water, batteries, and candles in an instant.

Sure it's hot, and sticky, and you barely want to move without the promise of a cold rum drink being at your desired destination...but we still love it. {Though we can't wait until it's over just as quickly as it's here.}

I love the thought of cookouts and summer gatherings, especially when the recipes are low-effort crowd pleasers like this fun version of an old fashioned Shrimp Boil.

The first time Steve & I ever had anything like a shrimp boil was during college football season when we were tailgating with friends in Louisiana. They had a giant pot cooking with all kinds of seafood goodies. And we were in love with the idea.

We attempted having our own shrimp boil a few years later during one of our tailgates, but found that our equipment was lacking... we were barely able to get a "Shrimp Simmer" let alone a "Shrimp Boil" with our puny grill. Wah, wah, waaaaah. 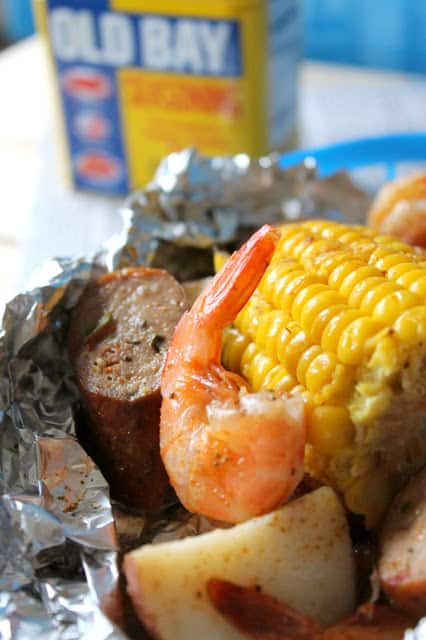 Had I given it some thought, I would have traded in that giant pot for these convenient little foil packets! I recently made these in the oven at home {I know it's hot, but that's what air conditioning is for folks!}, but you could definitely throw them on the grill just as easily for an outdoor party. The best part is that you can make these ahead and have them ready to go once your guests arrive. 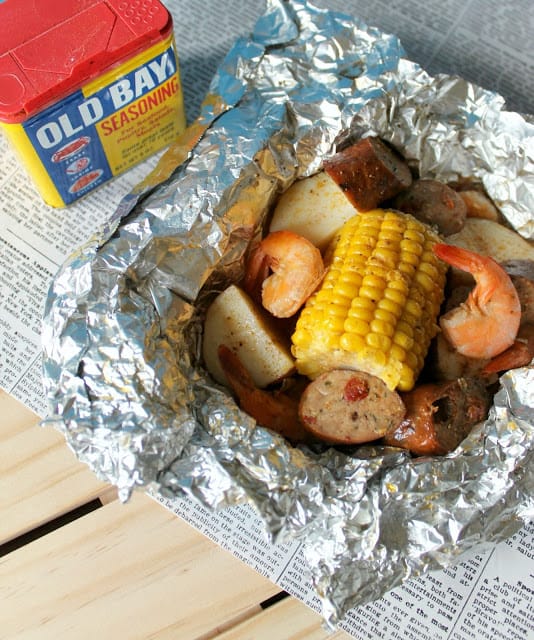 I'm all for anything that makes for less work on a hot summer day... I'm saving my energy for muddling mojitos! 😉

2. In the center of a 12x17 inch piece of foil, place corn, potatoes, sausage pieces, and shrimp.

4. Fold the foil over the contents, then repeat on the other side, lifting and sealing one of the sides tightly. Leave the other side unsealed and pour about 1 tablespoon of white wine into the packet. Seal tightly and place on a sheet pan. Repeat with the other 3 packets.

5. Bake for about 25-30 minutes. Carefully {the steam will be hot!} unfold one packet to check potatoes for doneness.

6. Serve in packets with a lemon wedge.

*I cooked the frozen corn beforehand by boiling until tender.