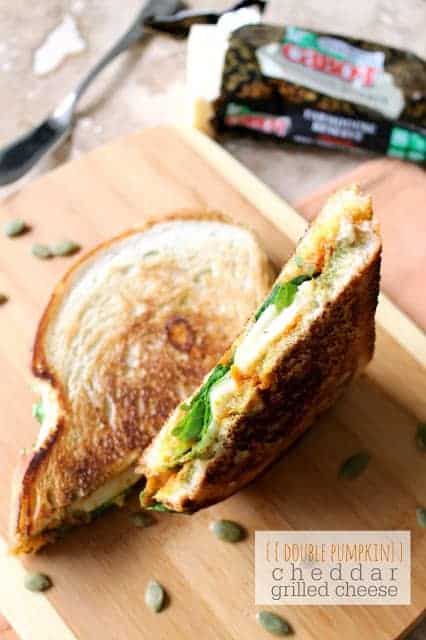 Have you fully recovered from the Halloween sugar high? Don't even look at me like some mini-Snickers didn't find their way out of your kid's basket and into your mouth...

I didn't eat one chocolate bar, peanut butter cup or sour candy this weekend. Mostly because I was too busy stuffing my face with everything else in the world at the Epcot Food & Wine Festival.

If you haven't ever been, let me tell you a little about it: It is a dangerous playground of tapas-style food and drink samplings from just about every country on this planet. {At least it sure feels that way.} Those Disney folks are pretty clever because they encourage you to get a special little swipe card that you load with funds and wear on your wrist for easy access at each station. And the next thing you know, you have spent your child's college fund and your retirement on escargot-stuffed croissants and Irish cream ale and all you have to show for it is indigestion and an empty bank account.

Ok, maybe that's a bit of an exaggeration, but it does get pricey because every kiosk looks better than the last. On the positive side, you're walking the entire time {when you're not waiting in line because, duh, it's Disney} so you're burning calories while you are consuming them, and while I'm fairly certain that it doesn't exactly balance out, it's a nice consolation.

Anyway, between the walking, carrying all 20-some odd pounds of Cole and calling on my self control, I didn't feel like I did too much damage in the end.

It is fun, fun, fun. I highly recommend it!

That being said, we sort of missed out on Halloween festivities because we were too busy showing Cole the ways of the World {showcase, that is}. There was a tiny bit of mom guilt, but then I realized that 1.) He's not old enough to eat candy anyway and 2.) We had already given him a chance to dress up the night before and walked him around a local festival... and the guilt melted away.

Yes, I know I just told you that I spend the weekend eating and I should probably spend the next week or two eating kale and air before the the holiday season gets underway... but look at this. 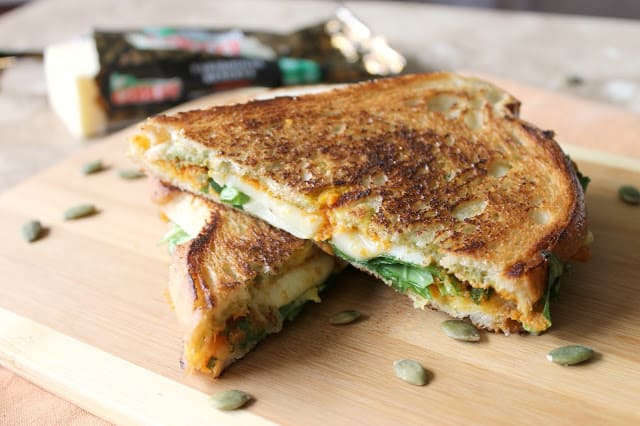 There is a real possibility that you are all pumpkined out by now, but I had to give pumpkin just one last hurrah since I didn't do Halloween. And besides, this isn't as terrible as you'd think.

Remember the Pumpkin Seed Pesto I recently posted as a dipper for chicken nuggets? Well, as it turns out, it makes a fantastic spread for sandwiches, too. Since I also had pumpkin puree leftovers in the fridge, I slathered that on the sandwich as well. Lastly, a handful of arugula adds a little more green, which is always a nice touch and helps to ease the conscience.

You can use whatever type of melty cheese you enjoy, but I used Cabot's Farmhouse Reserve Aged Cheddar because I like the sharp, salty bite with the creamy pumpkin and herbacious pesto. Yum times a million.

Ok, I think all the pumpkin is out of my system now. What flavors and recipes do you want to see as we enter the holiday season? 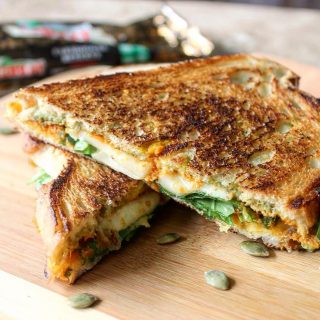 Goes great with a hot cup of soup!