Vegetarian Muffuletta Bagel Sandwich! A twist on the New Orleans classic, the muffuletta sandwich, this individual vegetarian version is one you can enjoy far beyond Fat Tuesday. Briny olive salad, provolone cheese, roasted veggies and a chewy sesame bagel make it a great brunch or lunch option any day of the week! 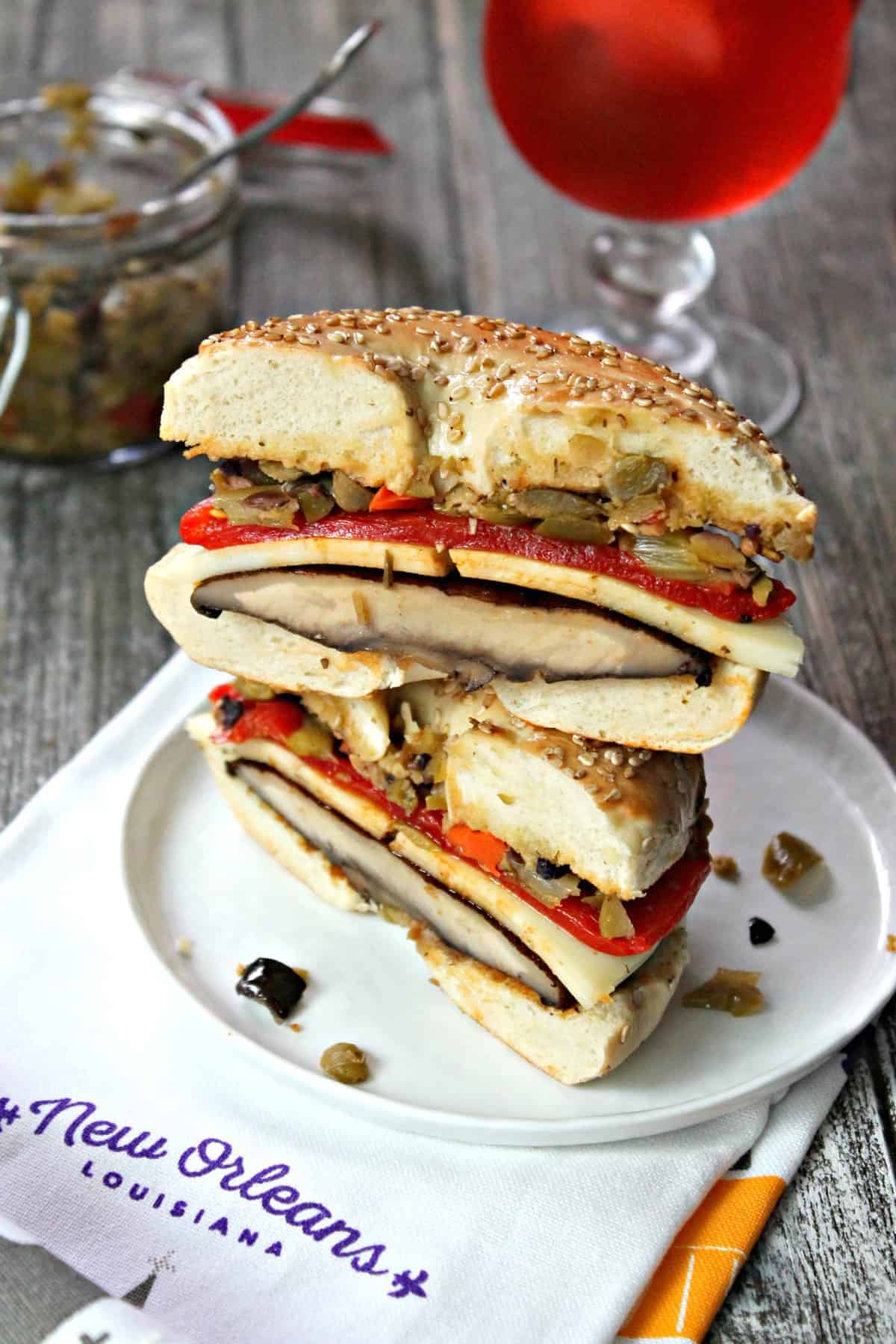 I love New Orleans. It's one of those cities that I don't mind visiting again and again, and I'd be lying if I said the food has nothing to do with it. Whether you're sweating over a bowl of spicy Cajun or Creole dishes, cooling down with a Sno-ball, getting a sugar fix with a powdery beignet or winding down with a classic Sazerac, there is something for everyone in the Crescent City.

During one of my last visits, I stopped in to one of New Orlean's food landmarks, Central Grocery, to check out their famous grab & go offering -- the muffuletta sandwich.

Made in the classic way, a muffuletta sandwich is made up of layers of ham, salami and provolone cheese, topped with the grocery's crowning glory: its signature olive salad. {Which you can purchase online, by the way, if you have a hankering for the real thing and a spare $30+ burning a hole in your pocket.}

Even though I had already gone the pescatarian route at the time, I knew I had to see what all the fuss was about, so I purchased the mammoth-sized sandwich {we got the very last one of the day!}, and split it among my sisters and cousin. I peeled off the meat from my portion, which left me with an olive salad and cheese sandwich, but I have to say I still enjoyed the flavors and could see why everyone calls it a "must."

With Mardi Gras coming up next week, I thought I'd work on creating a vegetarian {and Lenten Friday-friendly!} version of the beloved sandwich and tone it down to a reasonable lunch-sized portion for one. {The original is 9 inches in diameter, so you'd need a mega lunchbox to carry that sucker to work.} 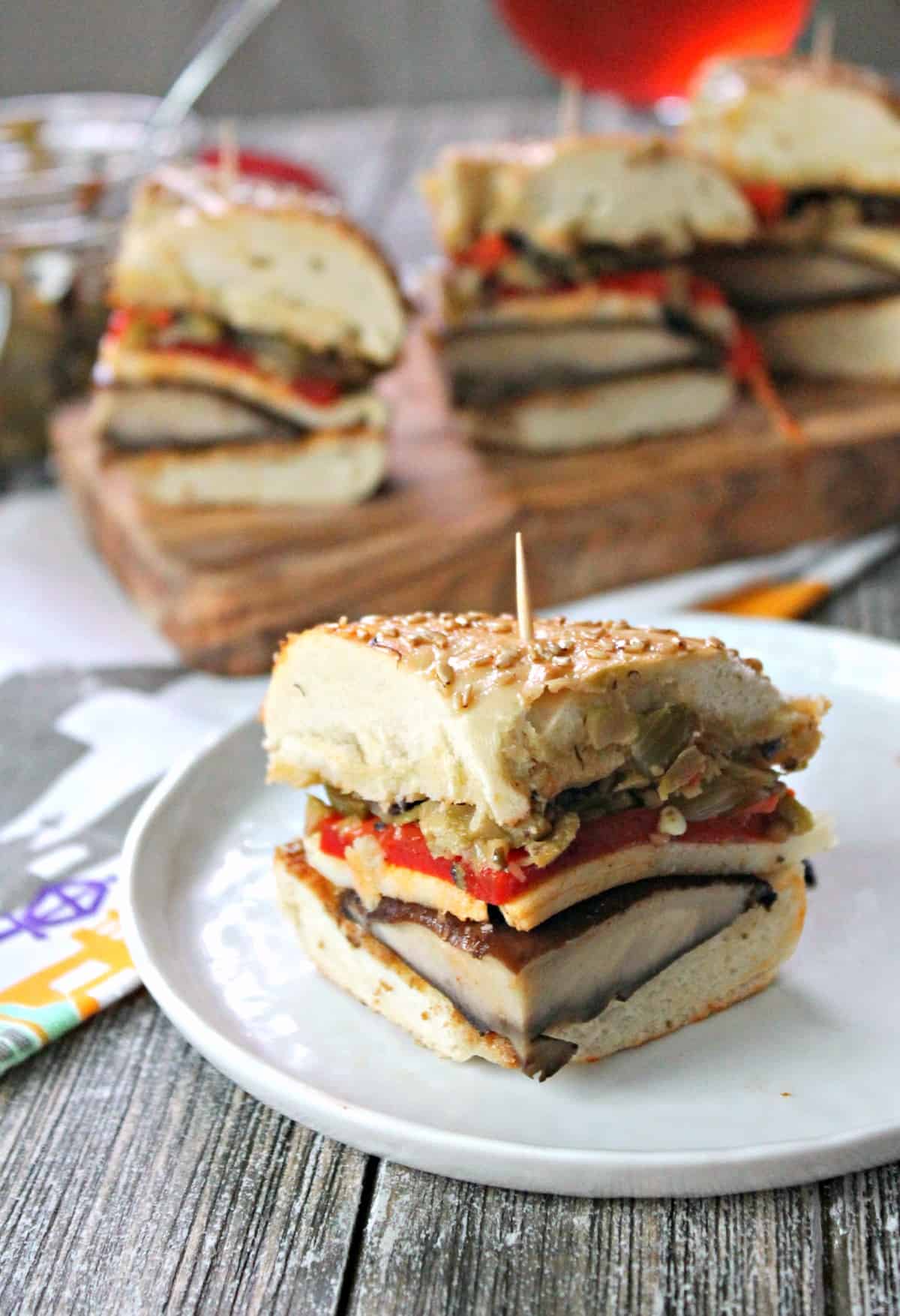 Here are some things you should know before you bite: 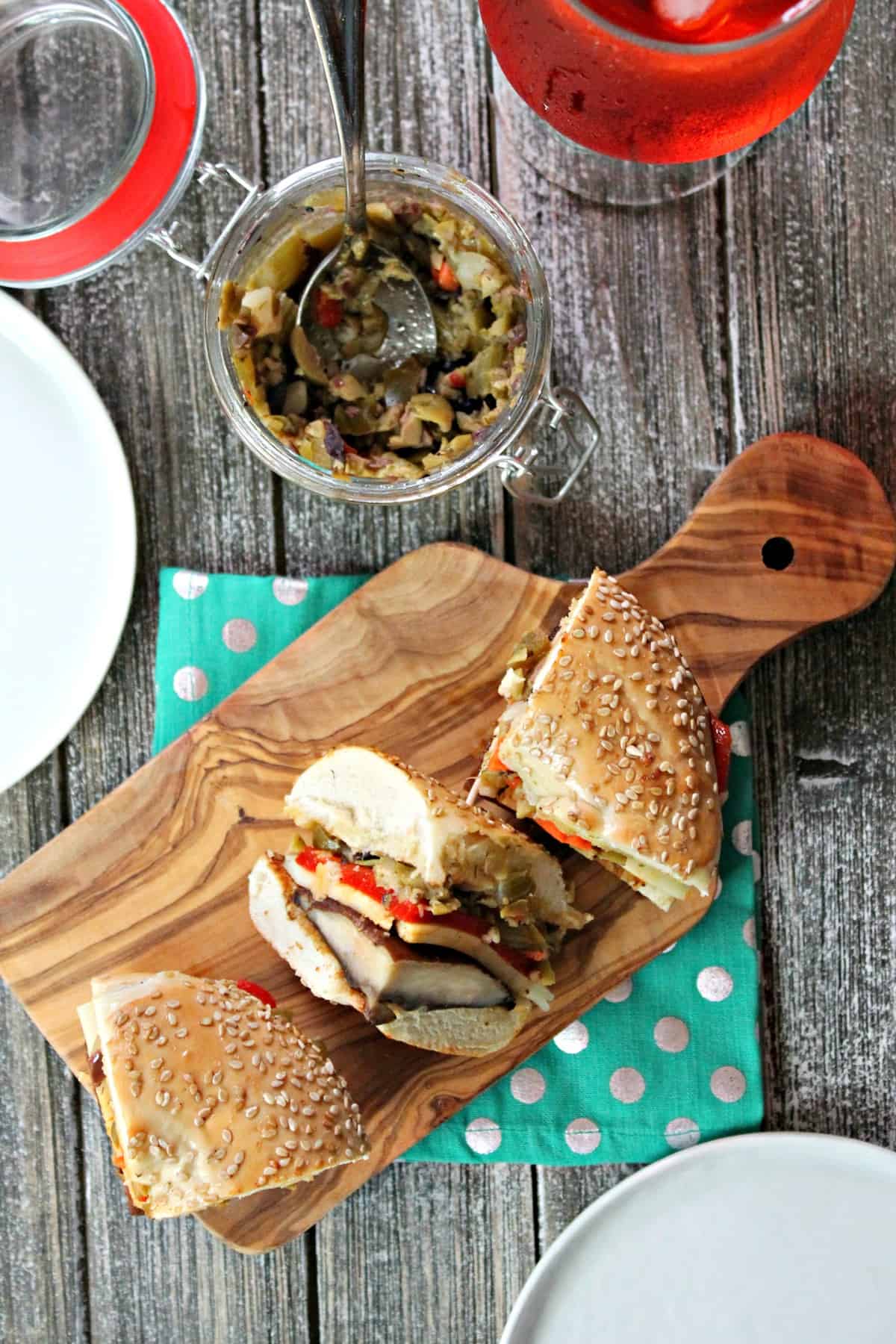 If all of the above is ok with you, then by all means, form a "Second Line" and head to the kitchen! This Vegetarian Muffuletta Bagel Sandwich may not be the real thing, but I promise you it'll be real good! 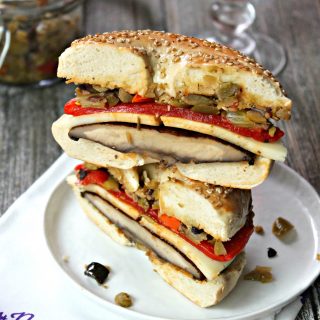