Hasselback Potatoes! Better than a baked potato, these elegant, accordion-style potatoes make a beautiful side dish to go with any main. Serve them simply seasoned or stuffed with cheese and fillings. 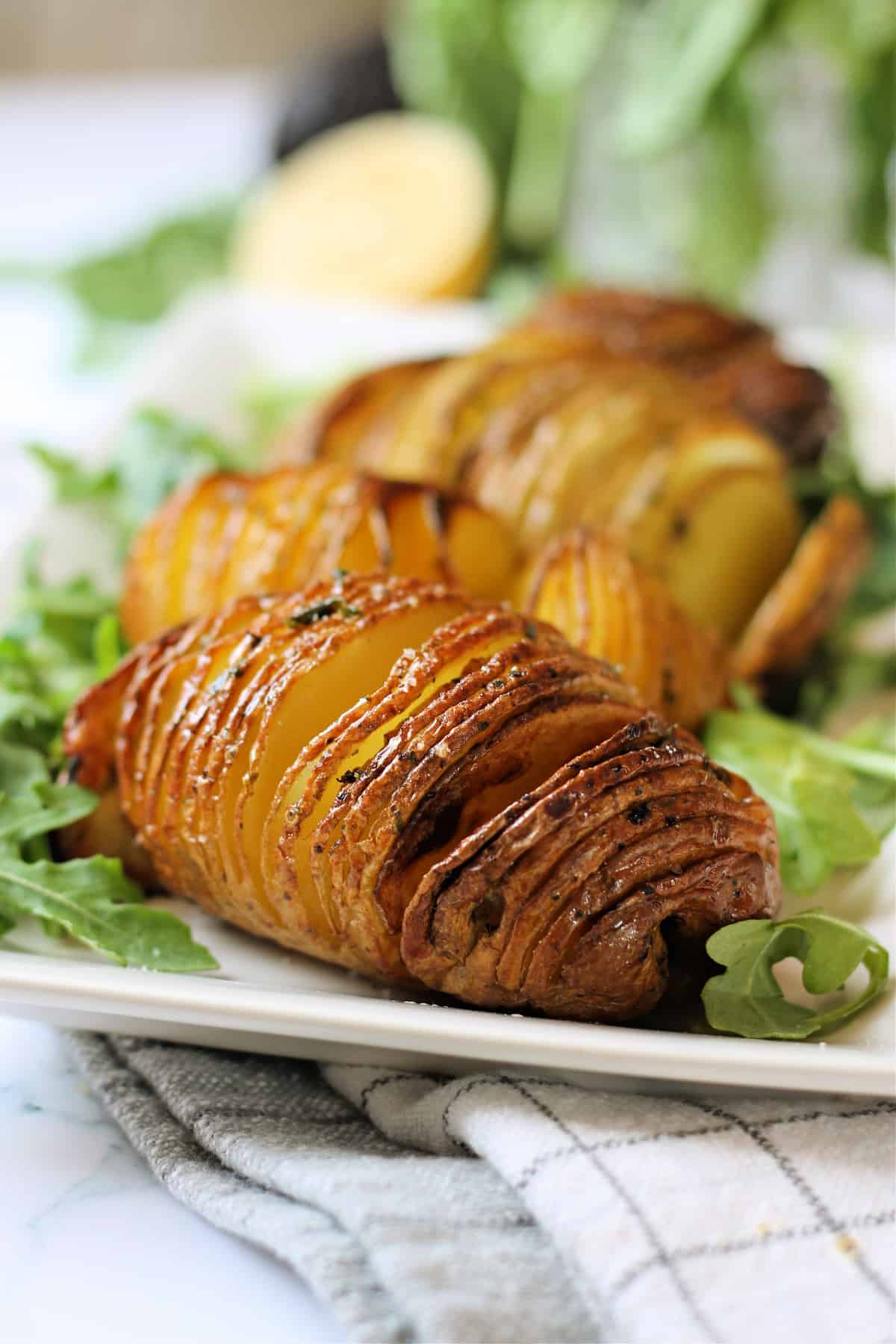 What are Hasselback Potatoes?

Hasselback Potatoes -- also known as accordion potatoes, "pillbug" potatoes, or Potato à la Hasselbacken (from Swedish origins) -- are simply baked potatoes that are thinly sliced about ¾ of the way through to create a fan-like look when cooked. They can be served plain or stuffed with various cheeses, herbs and fillings.

How to Cut Hasselback Potatoes

Cutting Hasselback potatoes isn't difficult, but can take a little practice and finesse. Here are a few tips and hacks that can help master the technique: 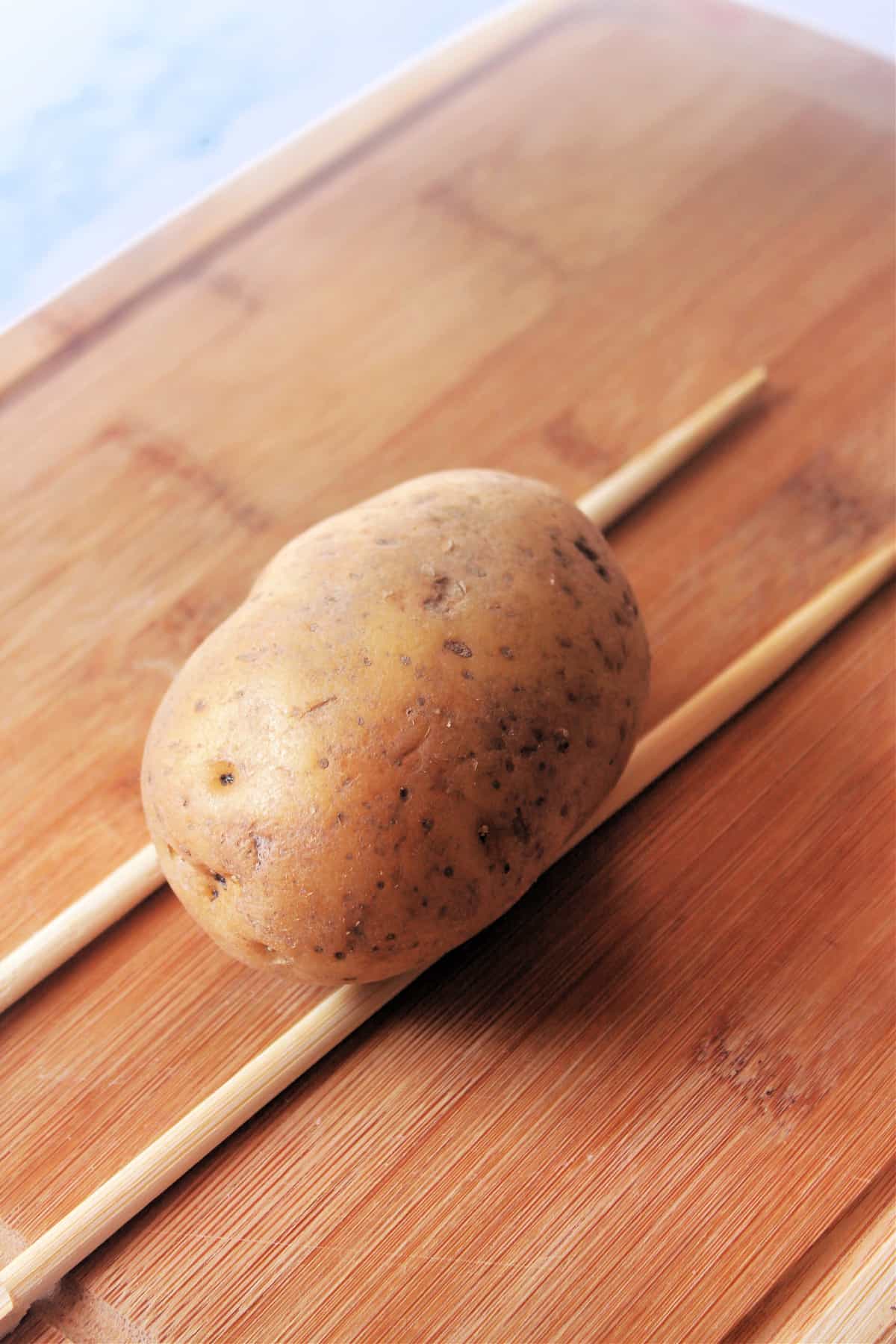 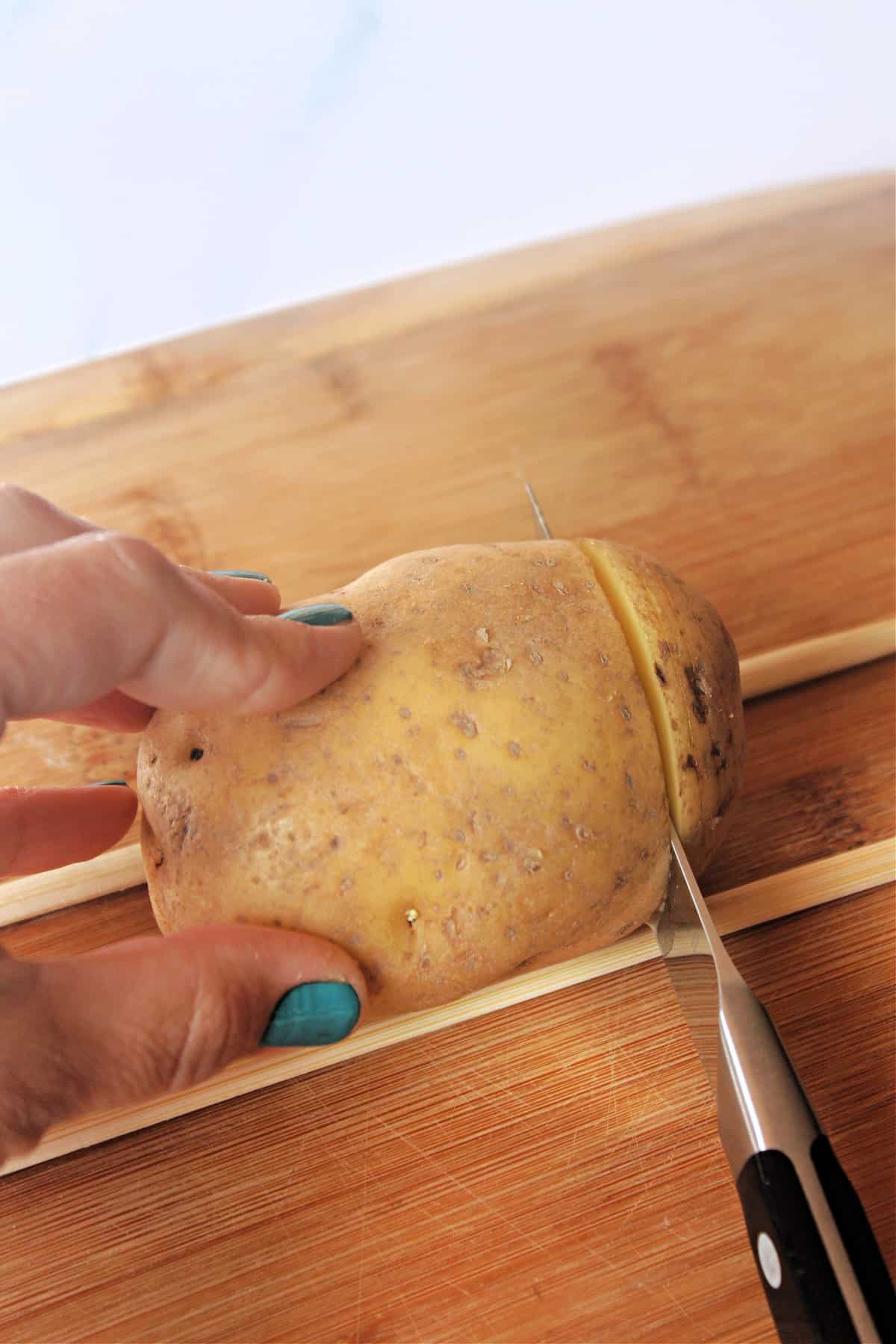 That's it! Now, you're ready to season and cook the potatoes.

One of the biggest complaints I hear about baking hasselback potatoes is that they don't cook evenly; the "fan" pieces are super crisp or burnt while the middle of the potato is undercooked.

After extensive testing {we ate a lot of potatoes}, I determined that the best way to avoid this problem is to par-cook the potato before continuing with your desired cooking method. {More on that in a second.} 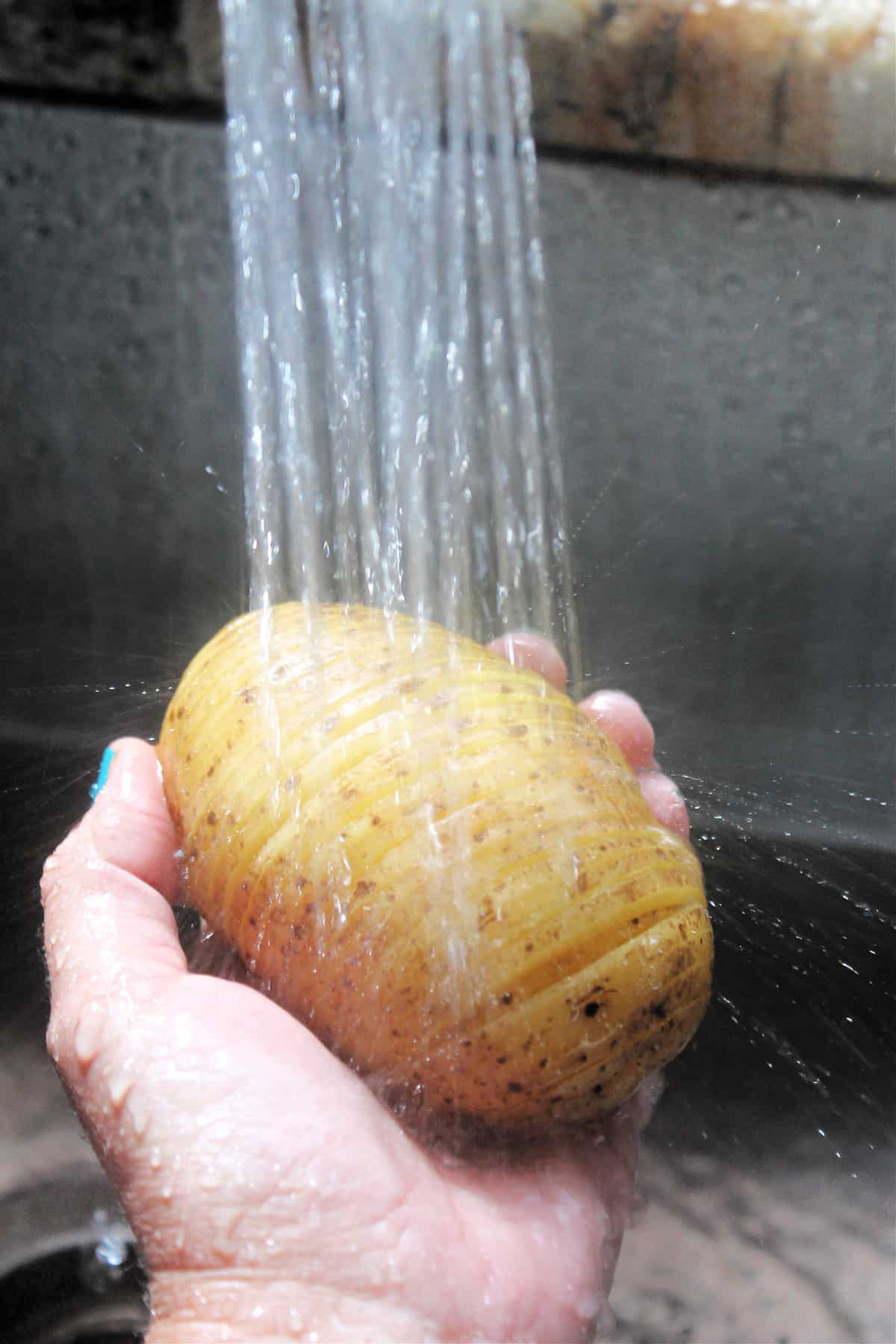 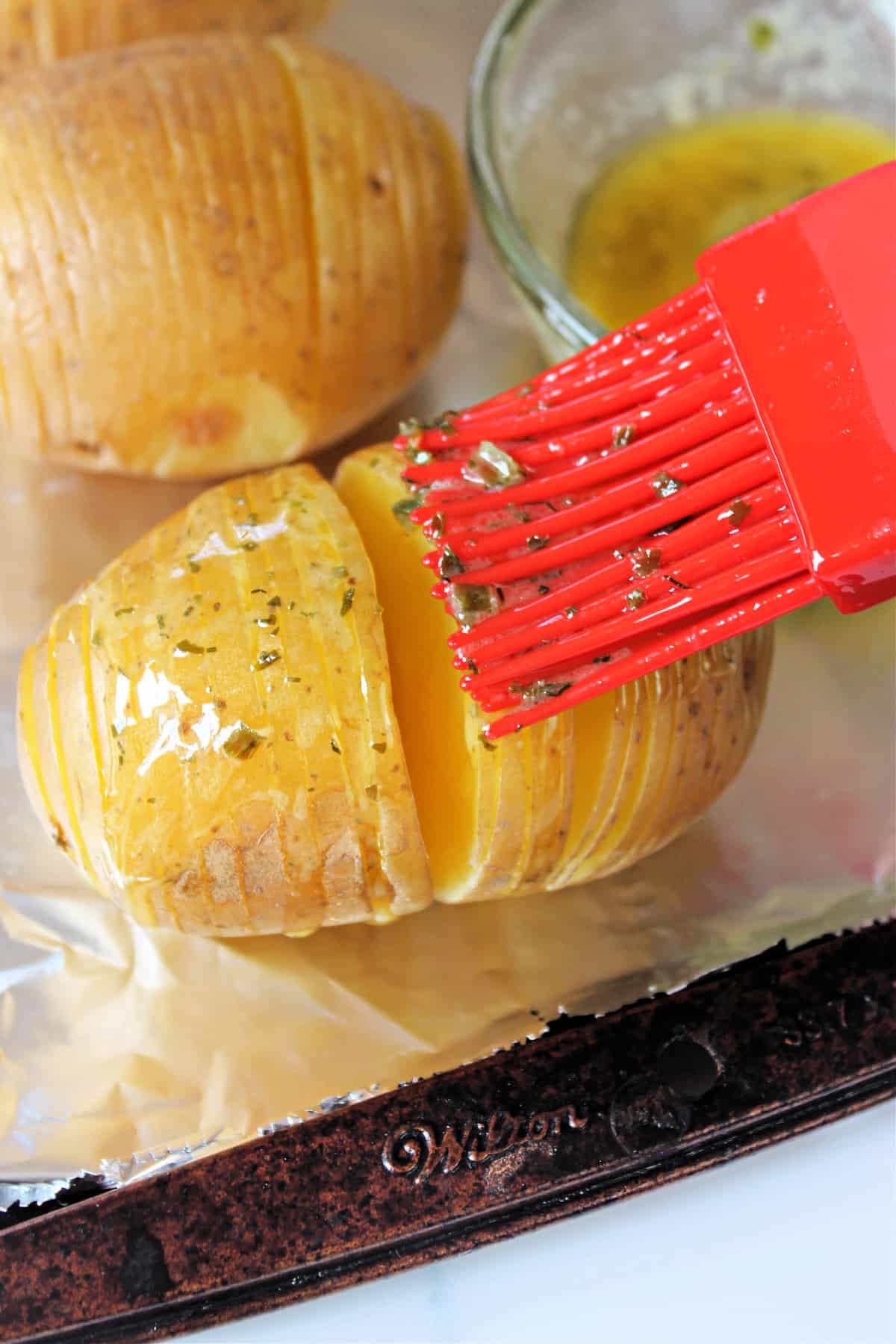 Now the potatoes are ready to continue cooking. Here are my two favorite ways to make them:

Baked In the Oven

Place the baking pan with the potatoes in an oven preheated to 425 degrees. Bake for 30-40 minutes or until the potatoes are browned and crisp on top and tender in the center, brushing them with more butter or oil about half way through cooking. (Cooking times will once again vary depending on the size of your potatoes. Start checking them at 30 minutes and use the tip of a knife or a skewer to poke them and test tenderness.)

If you have an air fryer, this method is really ideal because it is quick and easy! Place the potatoes in the air fryer basket. Using the "air fry" setting, cook at 390 degrees for 20-25 minutes, checking for doneness around 20 minutes. (All air fryers are a bit different, so you'll have to keep an eye on things to make sure they don't burn.)

As delicious as these potatoes are plain, they're also perfect for jazzing up with different flavors! Check out some of these ideas:

Not feeling the Hasselback thing? No problem! Here are some of my other favorite potato recipes: 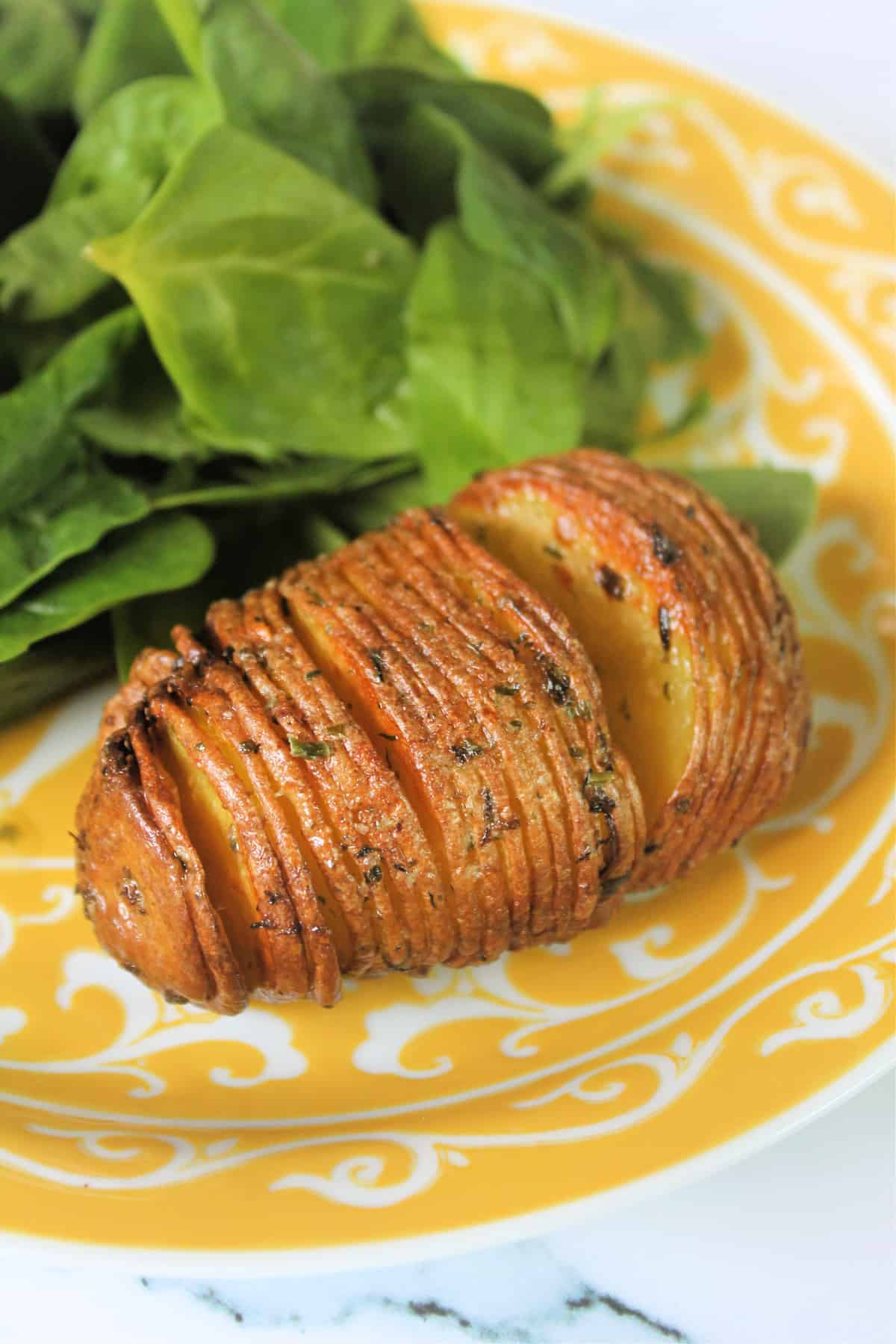 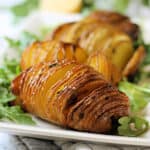