Manchego, Fig & Apple Panini! Even quick and easy lunches can be seasonal and flavorful; the proof is in this panini! Crusty bread is slathered with fig preserves, then topped with manchego cheese & tart apple slices and grilled to melty perfection! 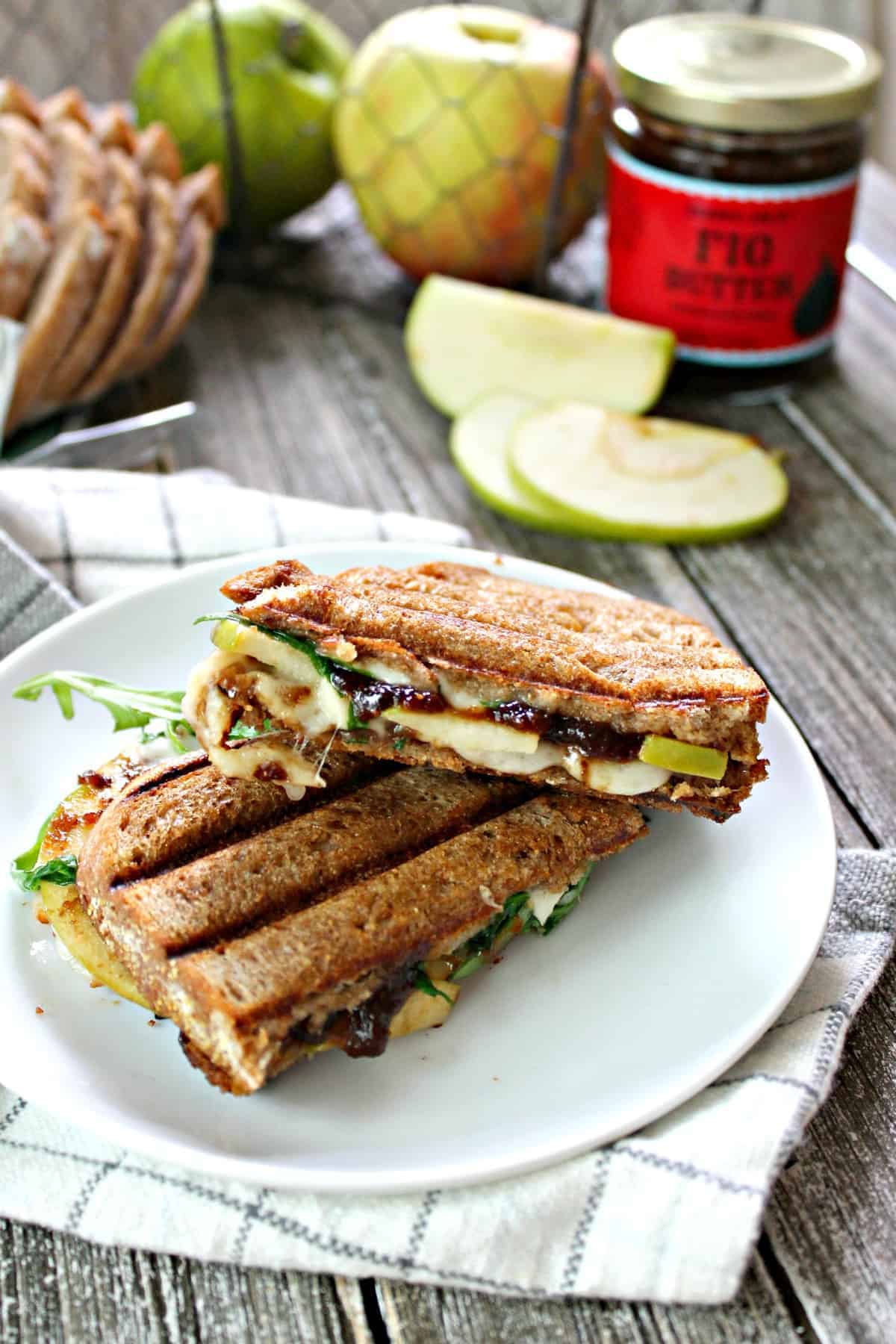 I went back and forth about sharing a sandwich recipe here because, well, it's a sandwich for Pete's sake. But despite its simplicity in composition, it's complexity in flavor ultimately tipped the scales in favor of posting it. I mean, who doesn't need a good, easy grilled cheese recipe?!

This time of year especially, things start getting complicated in the kitchen as we prepare for all kinds of festivities and cook up a storm for the holidays. It's nice to give yourself a break with some quick {yet satisfying} meals like easy pastas, salads and sandwiches when you've gotta eat but don't necessarily want to get "cheffy." {Let's make that a word, k?}

I think paninis are perfect for that very purpose because they're warm, comforting and hearty but also take minimal effort to prepare. This Manchego, Fig & Apple Panini is just one of many ways to enjoy a hot, pressed sandwich on a chilly day. Not that we have any of those around here with our record high temperatures, but you know, I like to pretend. 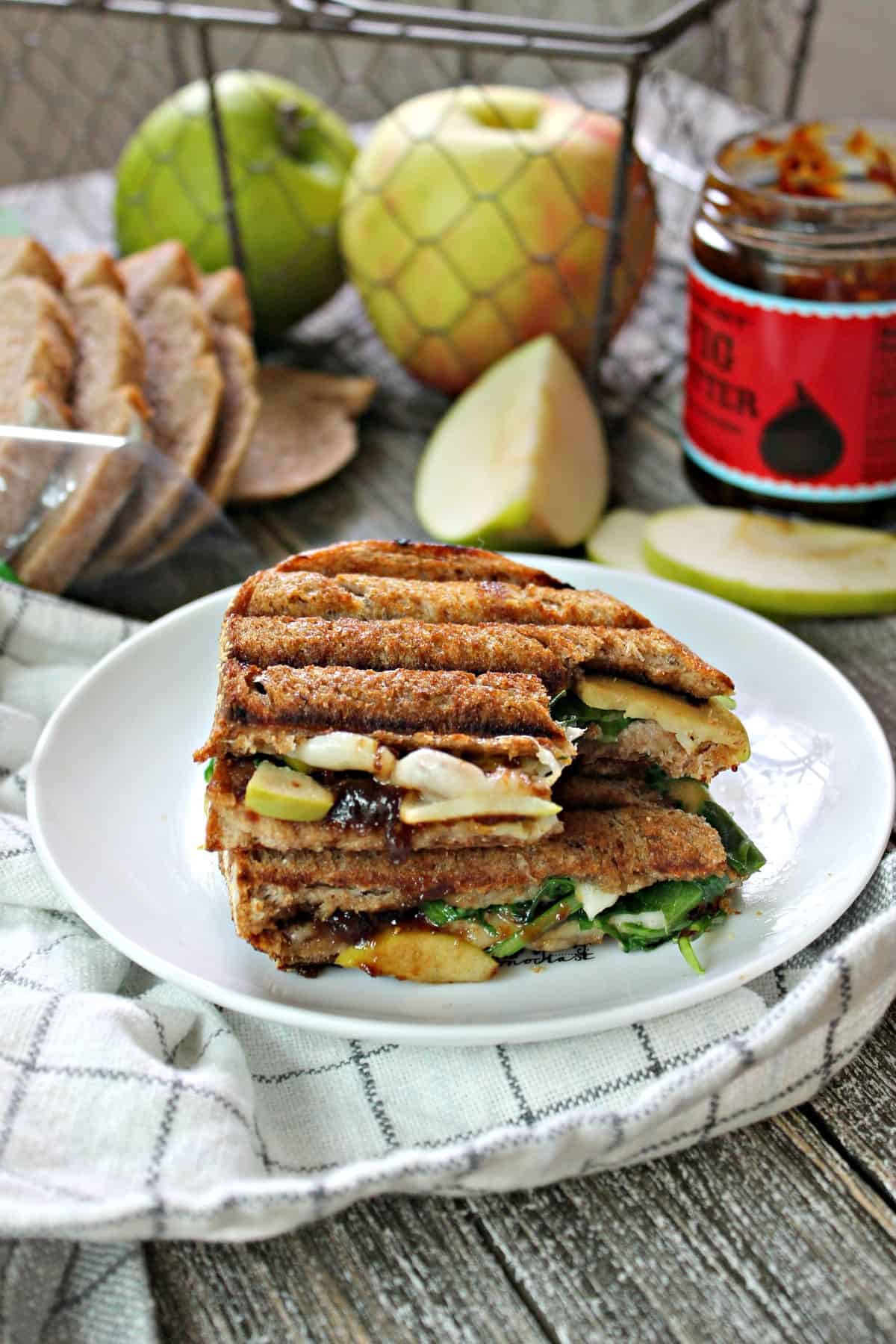 Anyway, this combination may sound a bit strange, but it is so tasty. The panini fillings  were something I dreamed up out of nowhere and decided would be superb before I even tried it. Spoiler alert: I was right.

In this panini, the fig jam {or fig butter, as the case may be, since that's what I could get my hands on at Trader Joe's} lends a nice sweet contrast to the nutty Manchego cheese and crisp, tart green apples. I add in some fresh arugula at the end to give it a fresh pop of flavor, and it's so good. Oddly enough, I've never been into figs in my life, but lately I've been figgin' obsessed. {Sorry.} 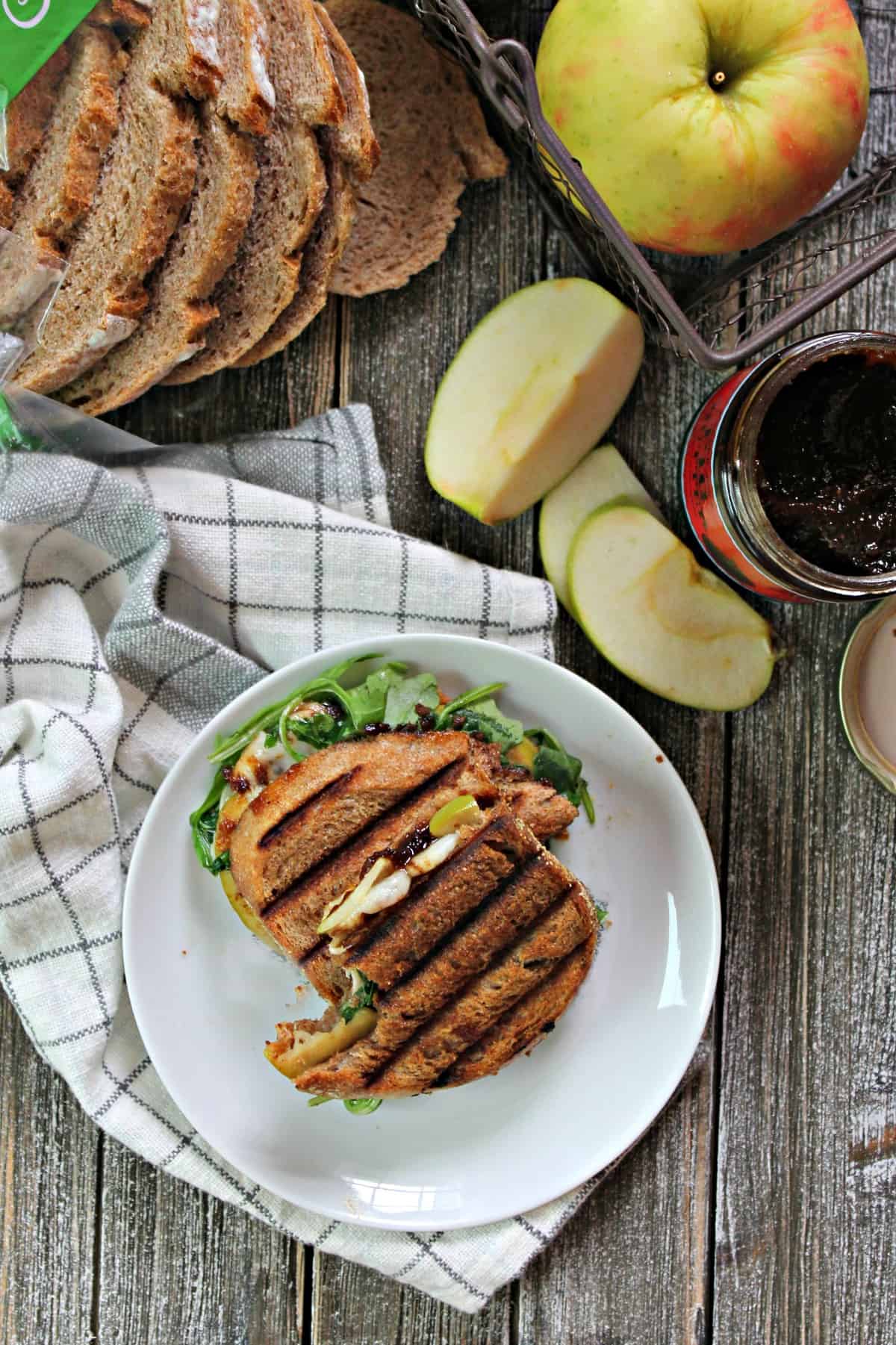 Though I have a flat, electric panini press, I made this in a grill pan with a cast iron grill press because I thought those toasty ridges would make this sandwich even better. {They did.} If you have neither of the above, you can simply use a regular pan, place a small plate on top of your sandwich and weight it down with a can from your pantry.

What are you favorite panini fillings? I think this one has moved into my top 5, especially for fall.

Serve this up with a side of butternut squash or pumpkin soup and you've got one cozy meal that's a cinch to throw together! 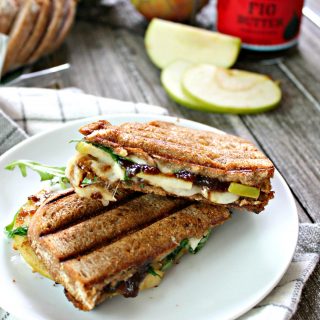 *I like my arugula fresh instead of wilted, so I often add it after cooking -- just carefully lift one of the bread slices and stuff in some arugula before serving.
« "Spider Web" Blackberry Dessert Pizza
Cider Glazed Turkey Apple Meatballs »