Spiced Pear Oatmeal Bake! Resolutions for starting the day on a more nutritious note will be easy to keep with this healthy baked oatmeal recipe. Made with hearty oats, juicy pears and warming spices, this easy, make-ahead breakfast will be one you look forward to daily! 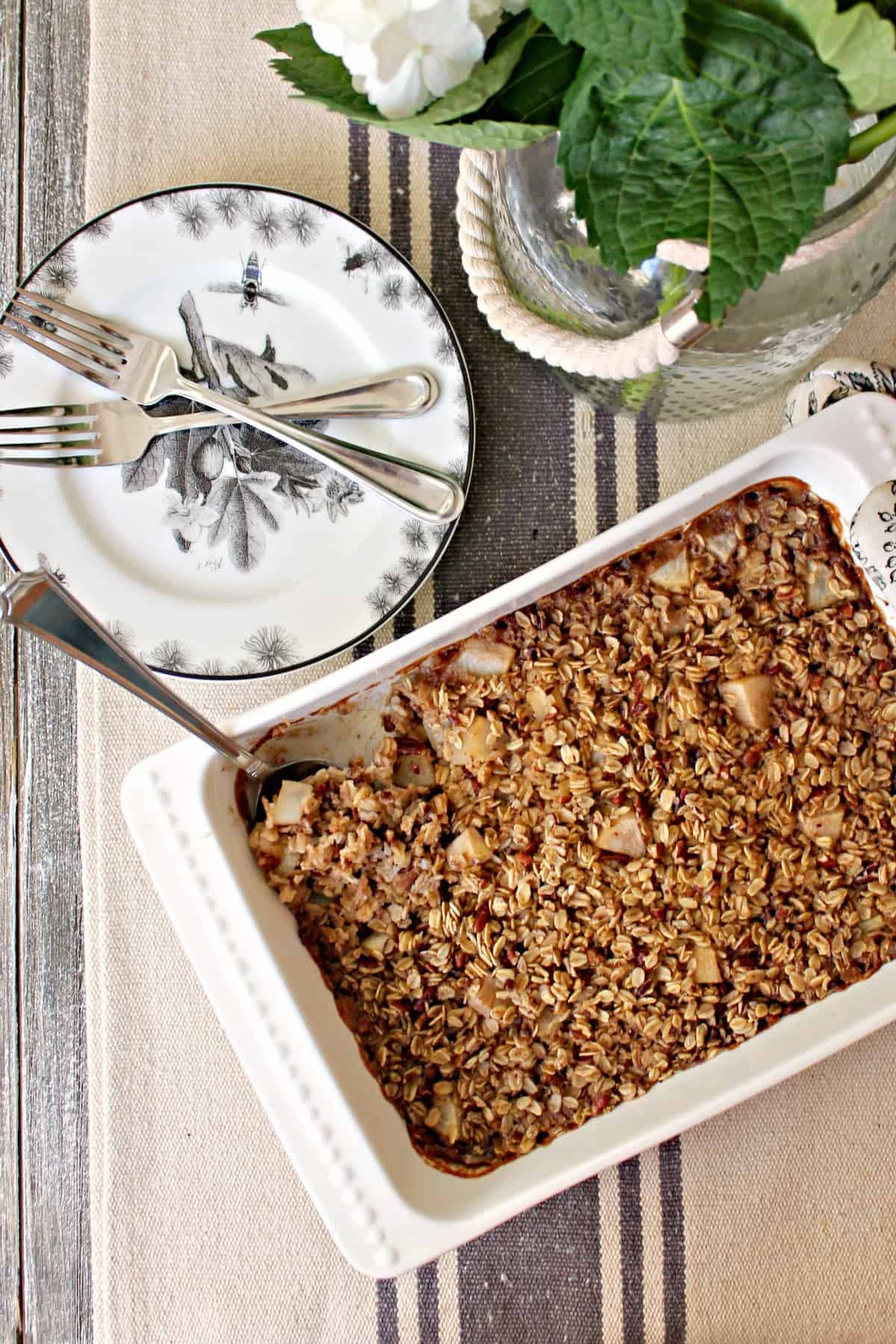 Happy New Year, hungry friends! It's officially January, and you know what that means -- crowded gyms and an increase in produce sales. 😛

The new year is obviously the most popular time for folks to reset physically and mentally and establish healthier routines, but I'm typically not a December 31 resolution-maker. I try to stay in tune with my goals throughout the year and often find myself making changes to realign  with them at any given moment. {This Christmas was actually a big eye-opener for me and initiated some changes that I've been wanting to make for a long time now, and I'm happy to say that I didn't wait until January 1 to set those new practices in motion.}

I know that for many people, January is that "clean slate" that makes them want to start fresh, and that dietary habits are often on the laundry list of things that need some improvement {or a major overhaul}. I ate my fair share of Christmas cookies and had my fill of cocktails throughout the holiday season, and although I don't plan on jumping aboard the dieting bandwagon, I feel like I can definitely use a little more balance in the food department.

For me, breakfast in particular is a struggle because I happen to be one of those weirdos who isn't hungry until late morning. Typically, coffee is the only thing I consume until around 10am, and then I'm usually forced to make a decision on which side of the "brunch" line I'll lean toward. Most days I'll make something quick that I can eat while I get work started {i.e. avocado toast}, but if I'm in a rush, I'll just dive right into leftovers from the night before and call it an early lunch.

This Spiced Pear Oatmeal Bake, adapted from a recipe I found in Amie Valpone's cookbook Eating Clean, is a breakfast I can see myself making {and actually eating} weekly. Made with simple, wholesome ingredients, it is exactly how I want to start the day {as opposed to starting it with a bowl of last night's stir fry}, and it may become a Sunday tradition to whip up a batch for the week. 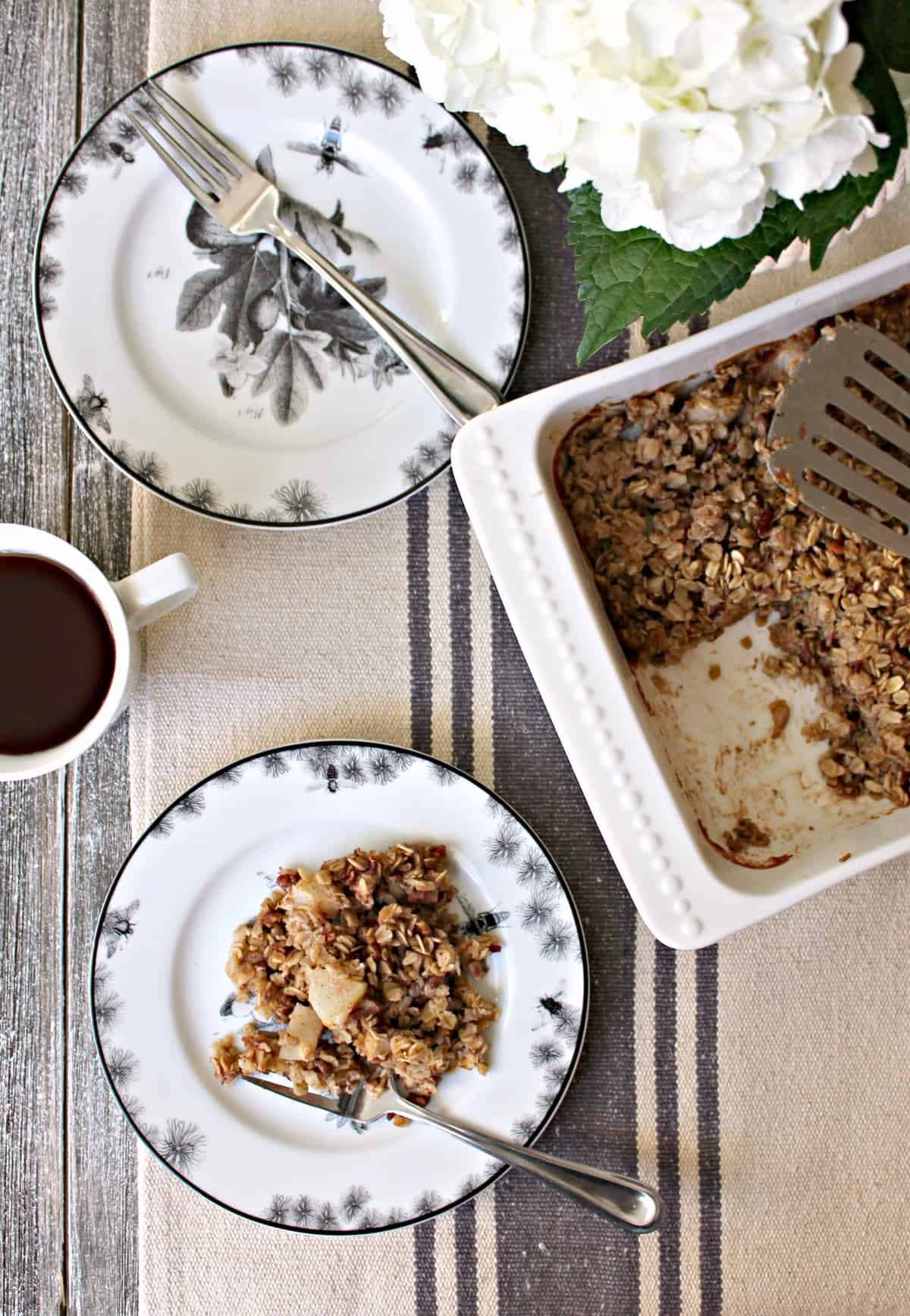 The diced pears give a nice sweetness and moisture to the oats while chopped pecans add a little texture. Cinnamon, ginger and vanilla extract give a cozy scent and flavor that makes for a great wake-up call.  I used gluten free oats {since my husband avoids gluten}, and almond milk, so this version is both gluten and dairy-free. It's also extremely easy to customize with different nuts, fruit and spices so that you can mix things up a bit if needed. {Blueberry lemon? Cherry almond? Cranberry orange? The possibilities are endless!} 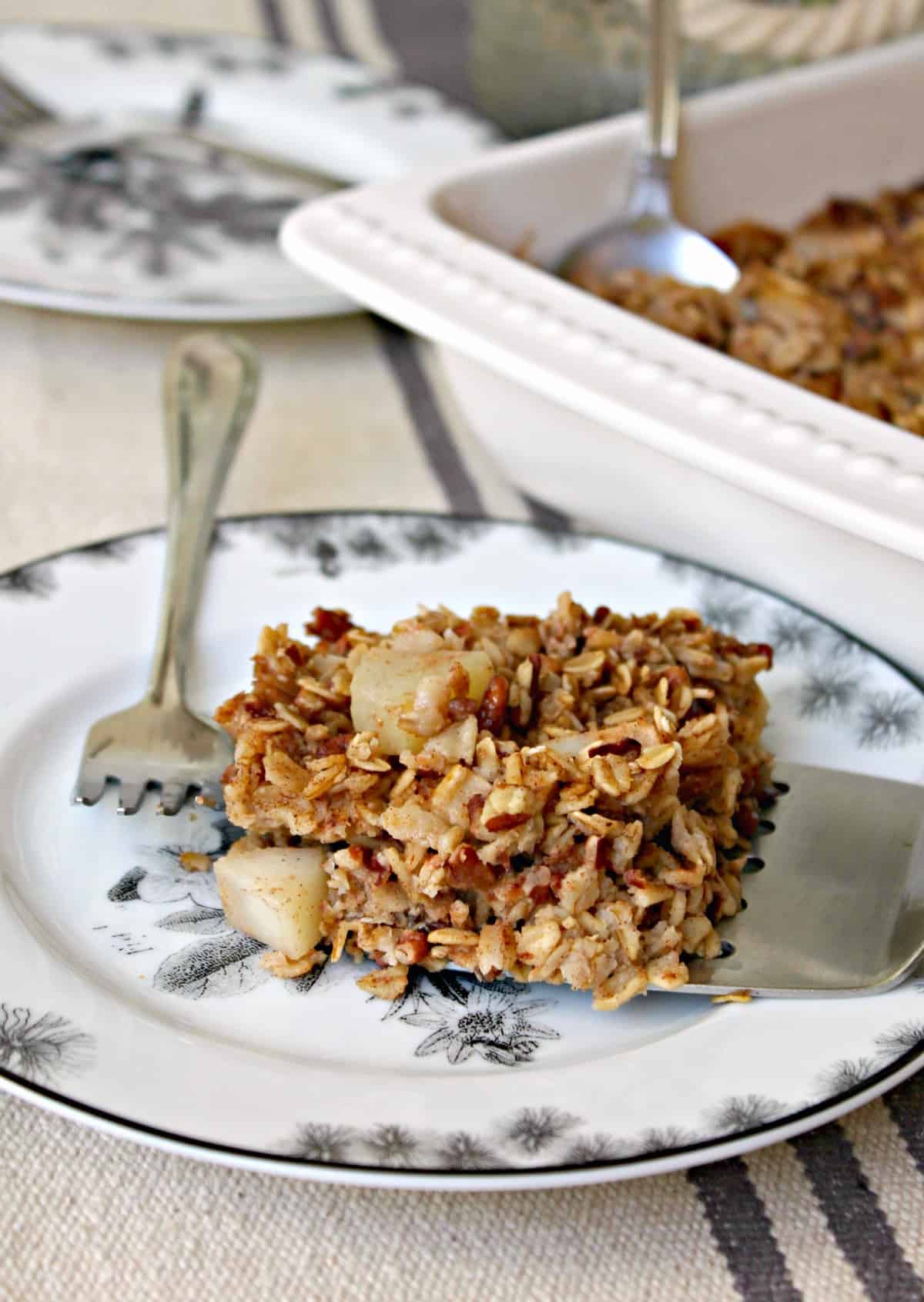 Are you making any changes {to your diet, or otherwise} this year? If cooking at home is one of them, I hope you'll be trying out this recipe and report back on what you think and on any tweaks you made!

Hope your year is off to an inspiring start. <3 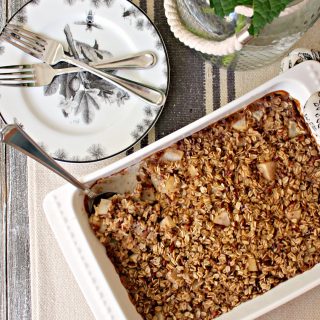