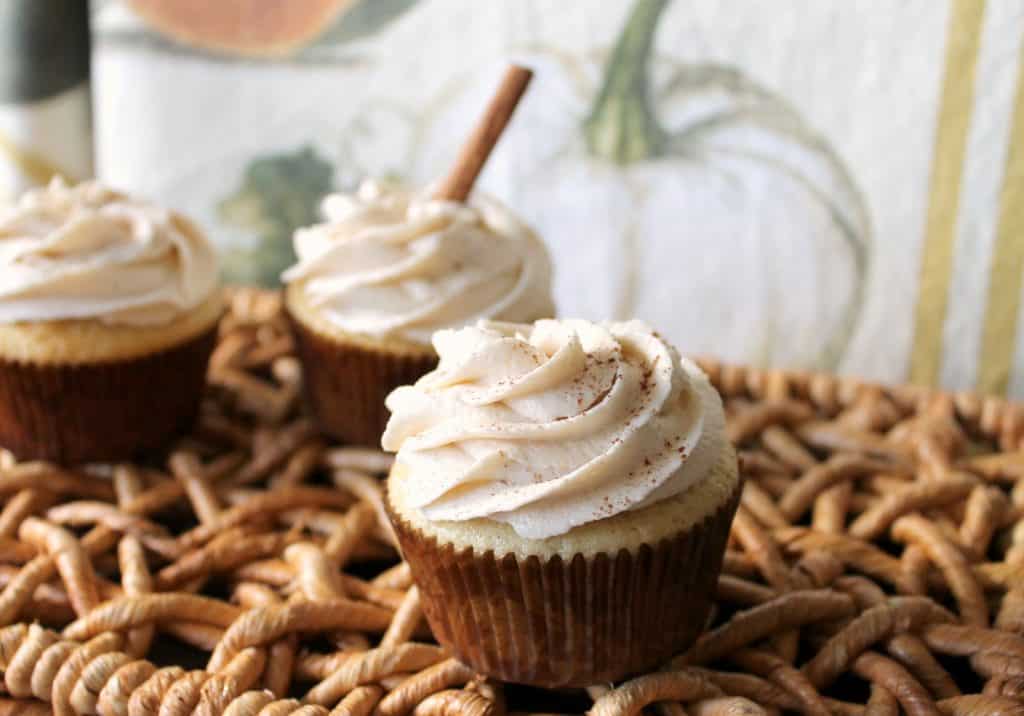 Let's talk a little bit about great ideas, shall we?

I have them all the time. Ideas, like bolts of lightning, that seem to come out of nowhere and light up your brain with unlimited potential for success.

One of my most recent great ideas for the blog was starting my Tailgate Thursday series. When it came to mind as the end of the summer wound down, I could barely contain my excitement.

Fast forward to the beginning of football season, around the time of my second post. My enthusiasm for the project was still going strong. But oh, how I had underestimated the amount of time it would take to put together a cohesive post... every week... for TWELVE weeks. {P.S. We are now on week 8... but I skipped a week. So really I have 5 more schools to go.}

What am I saying exactly?

Well, I still love my idea. You seem to like my idea. Everyone seems to be fond of the idea.

But ever since I started working on my idea it seems that I Just.Can't.Catch.Up.

Wednesdays have become a mad panic of last minute grocery shopping, cooking, photography, editing, and writing {not to mention occasional cursing & tooth gnashing}. Thursdays now arrive at alarming speed. Fall snuck up on me while I was busy fact checking information about college towns and mascots.

And so... as I mentioned in yesterday's post, I have just not been on top of Fall baking around here. I still have full cans of pumpkin puree sitting in my pantry. And my collection of warm spices stare back at me with this pitiful look saying, "What have we done wrong?"

{Ok, maybe they don't actually say anything, but if they could talk, that's what they would say.}

But today, I'm making up for lost time, because this cupcake creation is basically autumn in cupcake form. 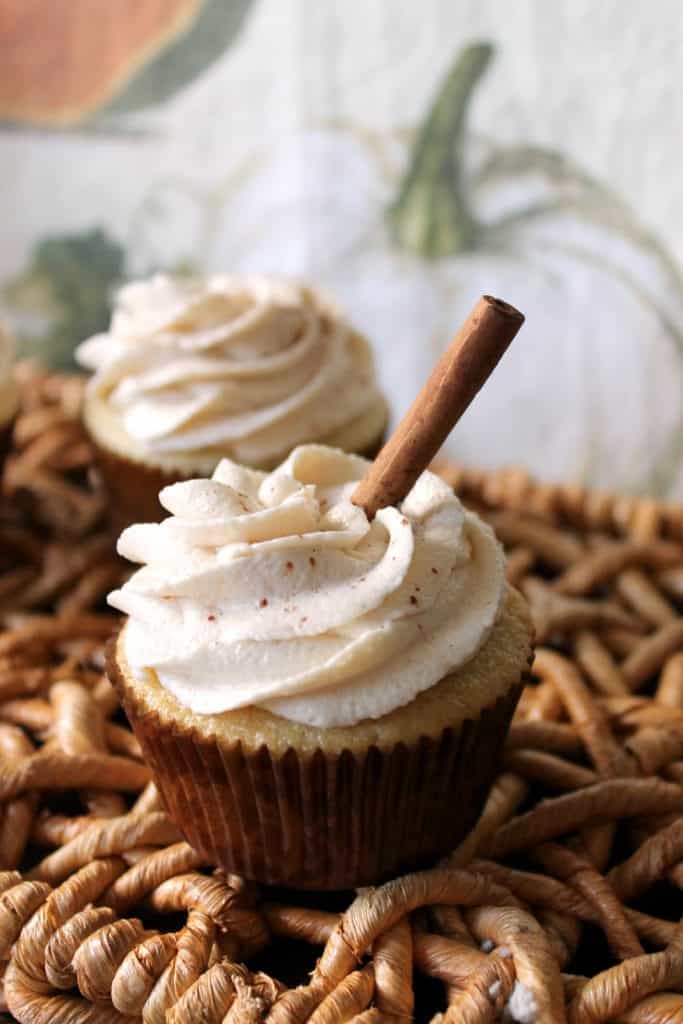 A tender Vanilla Bean Cupcake, filled with a gooey Caramel-Pear Butter center {I told you I'd put that stuff to good use!}, topped with a seductive swirl of Brown Sugar & Cinnamon Frosting. 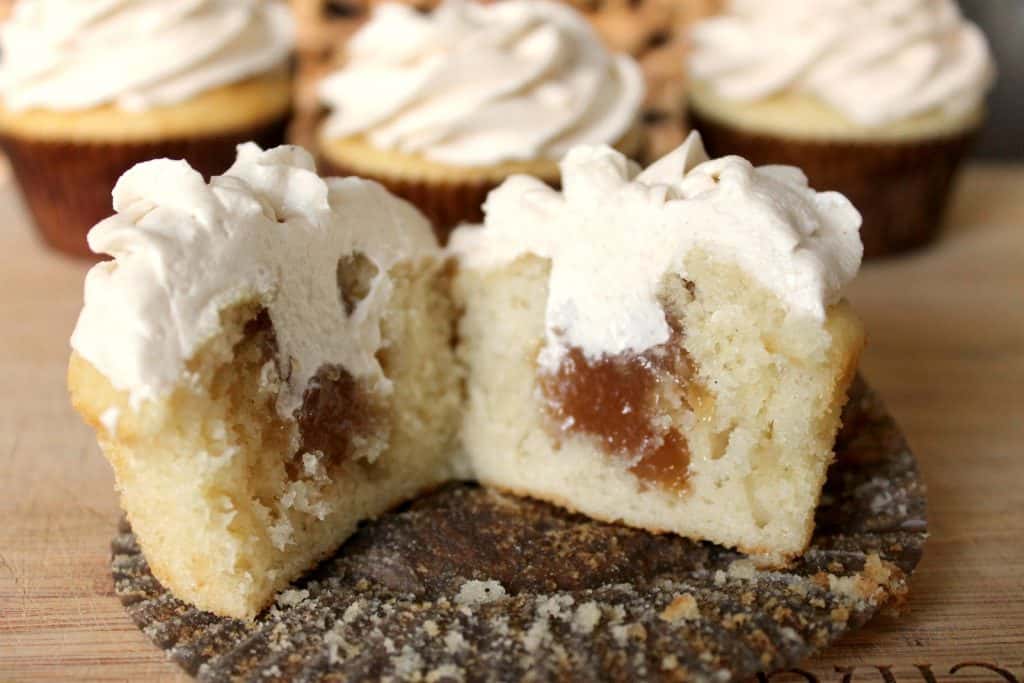 I'm waiting for Bath & Body Works to call me any day now and ask permission to use this combo as one of their autumn candle scents. {Have your people call my people, B&BW.} 😉 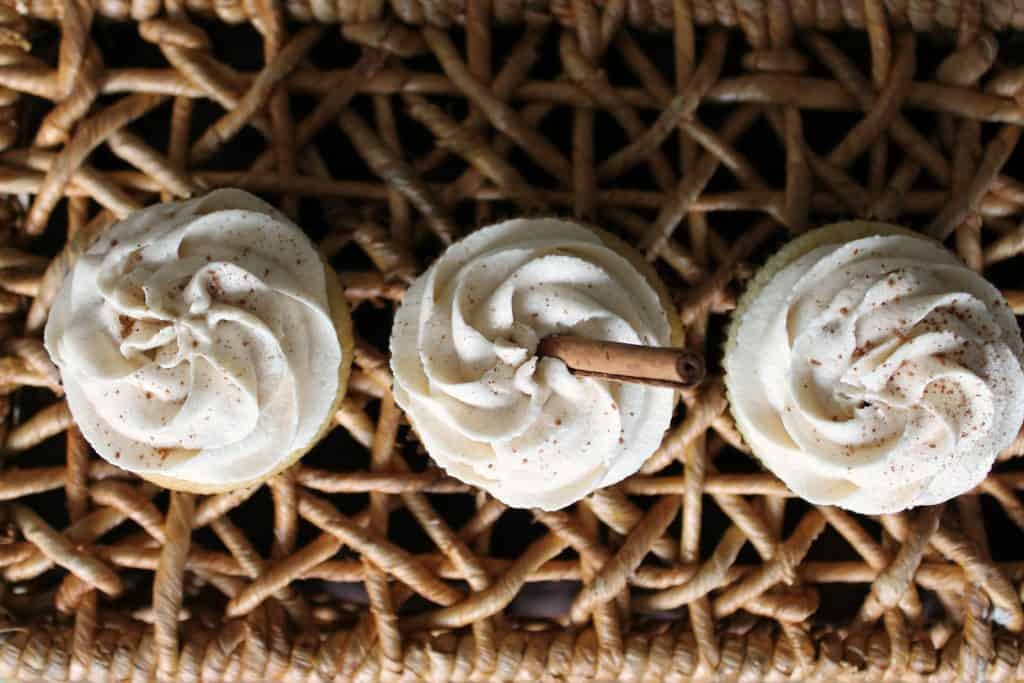 I still have tons of stuff to do for Tailgate Thursday, but you can thank Julie from Willow Bird Baking for her autumn cupcake challenge this week for this creation... because she nudged me into the kitchen and unknowingly caused me to liberate my sad, sad Fall spices. {You can also thank my friend and reader, Trina, for the inspiration because she wanted me to make a Pear & Caramel Cupcake... LAST YEAR... and that popped into my head when this challenge arose and materialized in the form of this cupcake.} 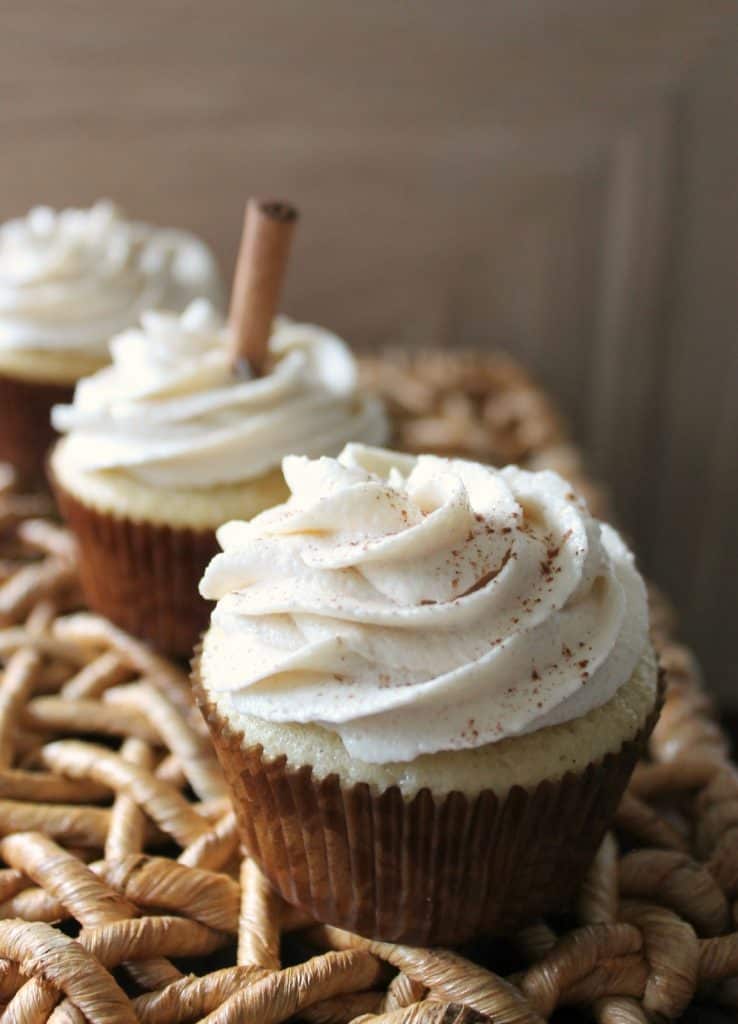 Anyway, enough chatter. If you're still waiting for Fall to arrive in your kitchen, this is definitely a good place to start... and there's no doubting that it's a VERY good idea.

2.  In the bowl of a stand mixer, combine granulated sugar and vanilla bean seeds until well blended. {No major vanilla bean clumps.}

5. In a separate bowl, whisk together eggs, yogurt, canola oil, and vanilla. Pour liquid into flour mixture and mix until just incorporated. Pour milk in slowly, mixing until just combined. {The batter will be liquidy. That's how it should be!}

6. Fill each liner a little over halfway full. Bake for 14 minutes or until a toothpick inserted in the center comes out clean.

7. Remove from oven. Cool cupcakes on a wire rack.

1. Beat butter, sugar and cinnamon together until smooth and sugar begins to blend in. {This may take a few minutes.}

2. Slowly add in confectioners' sugar, one cup at a time until well blended.

3. Add milk, one tablespoon at a time until desired consistency is reached. {Some of the brown sugar crystals might still be visible. It's ok.} 🙂

1. With a sharp paring knife {or an apple corer... it's my favorite tool for this task!}, cut a well in the middle of each cooled cupcake. {Save the cake for snacking. 🙂 }

2. Fill a piping bag or zip top storage bag with the tip snipped with about ½ cup of filling. Fill each cupcake to top of well.

4. If desired, sprinkle lightly with extra cinnamon and garnish with a cinnamon stick.