I'm sure it's pretty easy to surmise from reading this blog that I'm in the kitchen a lot. I can't even imagine the actual amount of hours I've logged researching recipes, mixing up batters, baking up goodies, and taste testing. {And let's not even talk about the actual amount of calories consumed. Yikes!}

When you do something that often, it's nice to have a little push from an outside source to get creative and challenge yourself to a new technique.

Except, ironically, most of my close friends aren't remotely as into cooking and baking as I am. I'd even say some have a slight aversion to it! And while they are all super supportive of my passion {and always willing to taste test the latest invention out of my oven}, I don't expect them to be nearly as obsessed enthusiastic about kitchen related matters as I am.

For inspiration and motivation, I read other cooking blogs. And there are SO many good ones out there. What I've found in all my reading is that, much like in the "real" world of interpersonal relationships, certain blogs appeal to me more than others because of the writers behind them.

When I read a blog, I like to get a sense of the person who is sharing such carefully crafted information, pictures, and stories with me. Some blogs I find intriguing because their writers live such a different type of life than I do that it's sort of fun to peek into a different world {voyeuristic much??}. With others I feel instantly connected to the author because I think to myself, "I would totally do/say/cook/feel that way!" in reading their adventures. You know how sometimes you meet someone {or browse their Pinterest boards} and you just know that you could be besties? Yeah, that happens in the blog world, too.

So anyway, all this rambling is just setting you up to tell you how I came to make these: 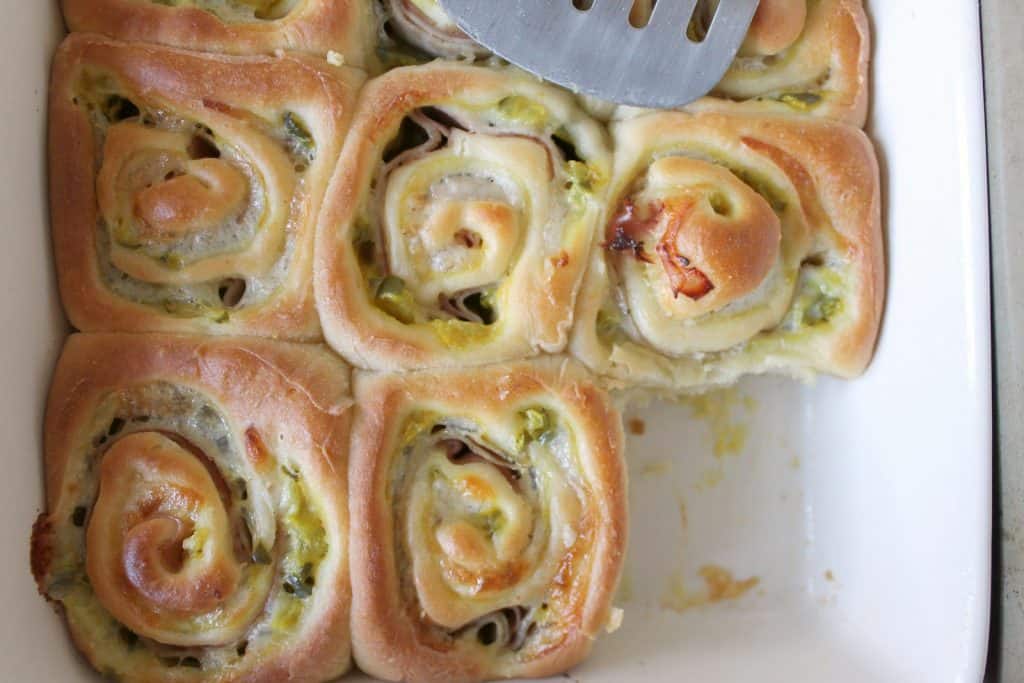 No, they're not as weird as they sound, I promise. And they don't even contain cinnamon, but I'm not sure what you call a cinnamon-bun-style savory roll-type-thing. {And aren't you glad I didn't decide to call them that instead?}

Julie from Willow Bird Baking, a blog that I stumbled upon a while back, challenged her readers to step outside the usual and innovate cinnamon rolls. {In case you are interested in seeing the video call-to-action, click here. She is just adorable.} Why? Well... why not? 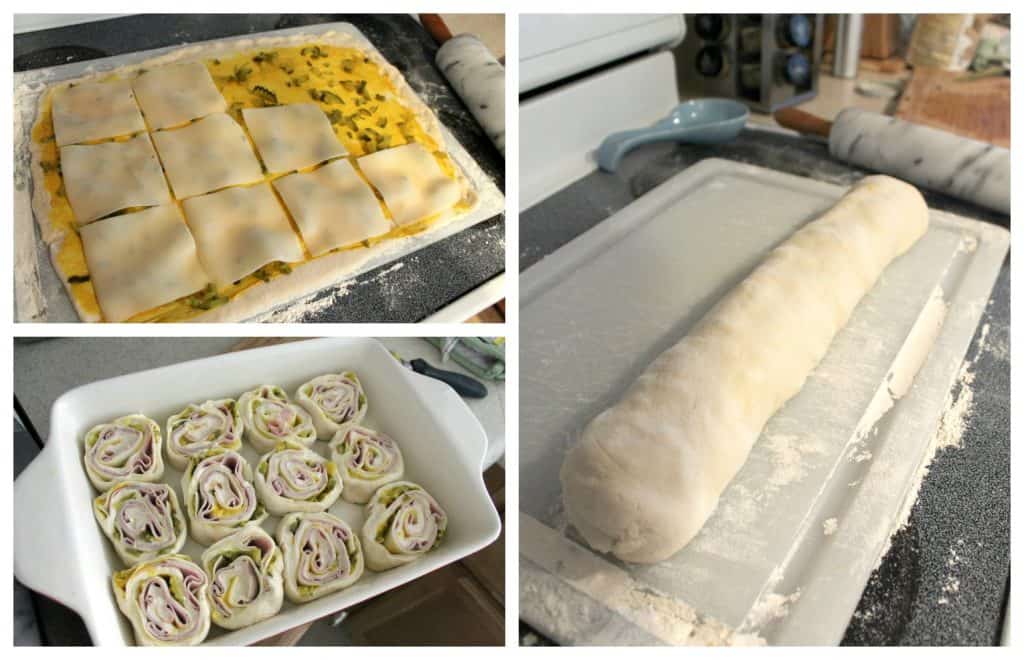 If you take a look at her blog's tag line, it says right there across the top that part of the blog is about teaching "Kitchen Confidence". {Which I love and, am not going to lie, wish I came up with myself.}

So yeah, once I saw her challenge, I knew I had to take part in it. {Even though, seriously folks, I am up to my eyeballs in other things I should be doing right now. But whatever.}

After the initial thought of "Maple Bacon Rolls", which she totally mentions in her video, I came up with Cuban Sandwich Rolls... because, isn't that the next logical thought? 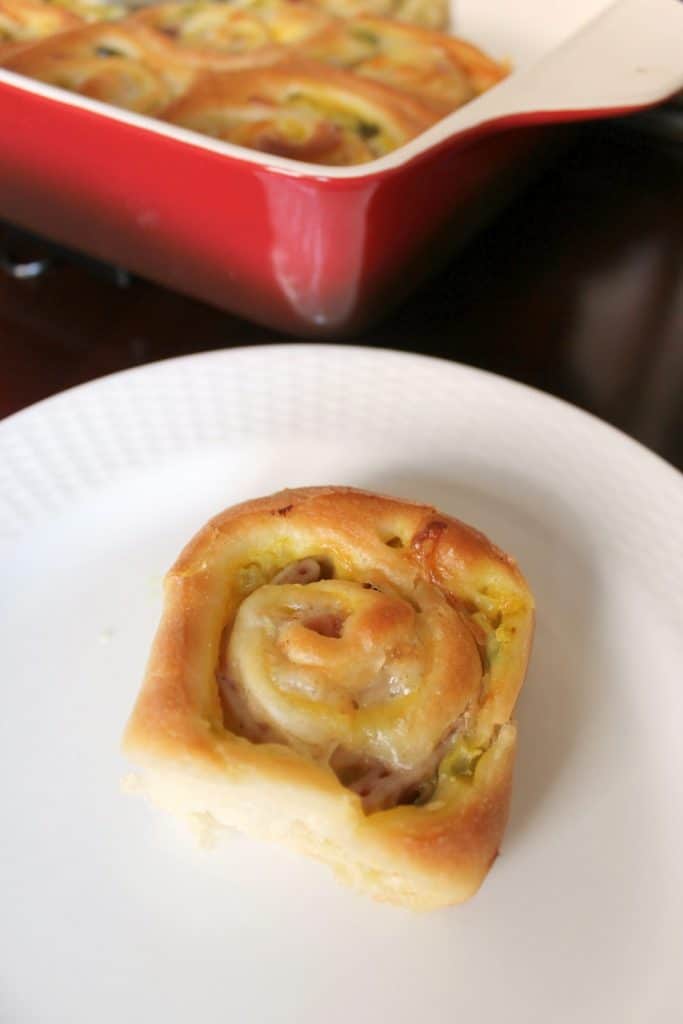 I have no idea what possessed me to think of such a thing {except for the fact that my family is Cuban, I live near Miami, and I love Cuban sandwiches, of course}, but I have to tell you that I am pretty sure you're going to love me for it. Or hate me. Because Julie's recipe for dough {which was a required element of the challenge} calls for shortening and we all know there is just no healthying that up. 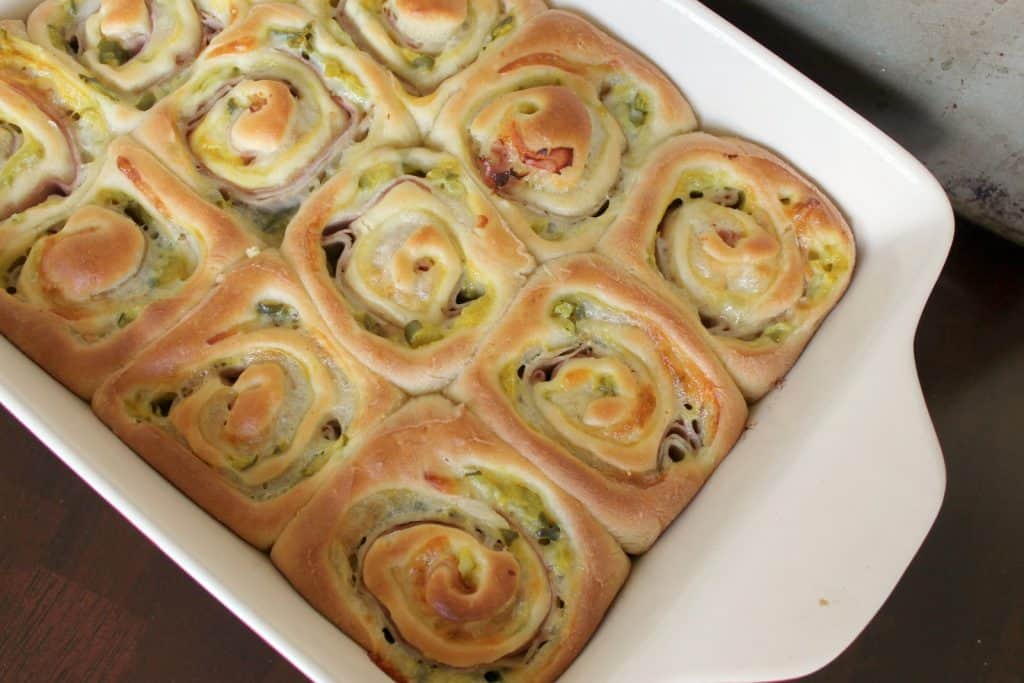 Challenge yourselves, friends, and make these. Or if you're not into cooking, challenge yourself to do something new in whatever you consider your passion. Because growing and connecting is what it's all about.

And thank you, Julie, for fun and delicious challenge!

Click here for Julie's fabulous Cinnamon Roll Dough Base ... and try not to drool on yourself when you see the Coconut Almond version she made!

Make the dough. {This recipe is an over-nighter so plan accordingly!}

Turn dough out onto a floured surface and roll out into a rectangle, about ⅛ inch thick.

Apply a thin layer of yellow mustard with an offset spatula leaving a ¼ inch border all the way around so it doesn't squirt out the sides when you roll it up.

Sprinkle chopped pickles over the mustard. Lay slices of Swiss cheese side by side until the entire rectangle is covered. Repeat with ham and pork slices.

With the long side facing you, roll up the dough carefully, and place seam side down. With a very sharp knife, cut about 1 inch thick pieces. {I find the easiest way to do this is to cut the entire log in half. Then cut each half in half again, etc. until you have sliced it up into even slices.}

In the prepared baking dish, place the sliced rolls snugly next to one another. Cover with plastic wrap or a clean moistened dish towel, and let rise in a warm place for 1 to 1 ½ hours or until they are just about doubled in size.

Bake for 18-20 minutes or until browned on the top. Remove from oven and brush with melted butter, then bake for another 2-3 minutes.

Serve while warm and melty.