I hate it when I don't have a recipe prepared to share. Especially when it causes a lag in posting. For the record, when that happens it usually means I've been too busy cooking to go through the many, many steps required to put together a blog post, which is not necessarily a bad thing. Either that, or I've been super lazy, which happens on occasion as well.

I haven't done a "Stuff & Links" post for a while, so I thought I'd put together some of what's been happening in both my food and non-food world! 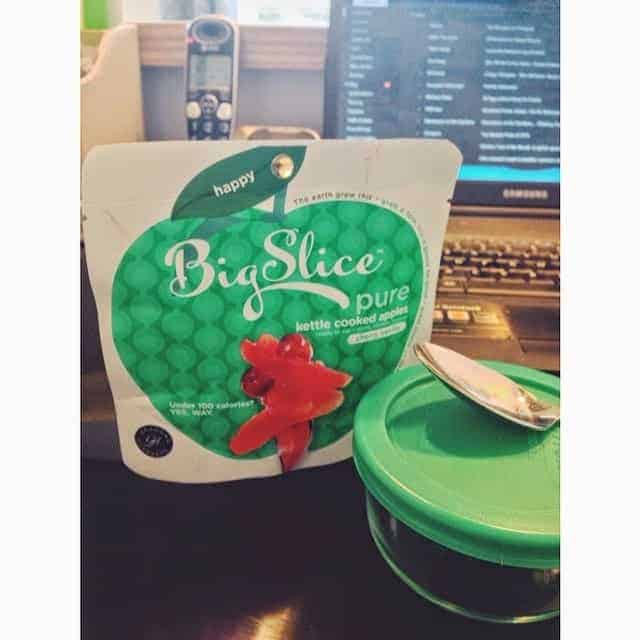 Have you seen these? I happened upon them at Target and had to pick one up -- mostly because I'm a sucker for cute packaging and I happened to enjoy theirs. It's basically apple sauce. Chunky applesauce with fancy flavors. I liked it so much that I was slightly shocked. I was also shocked that the price was $2.50 per packet... but I guess it's either cute/tasty or cheap/unimpressive. You can't have it all. 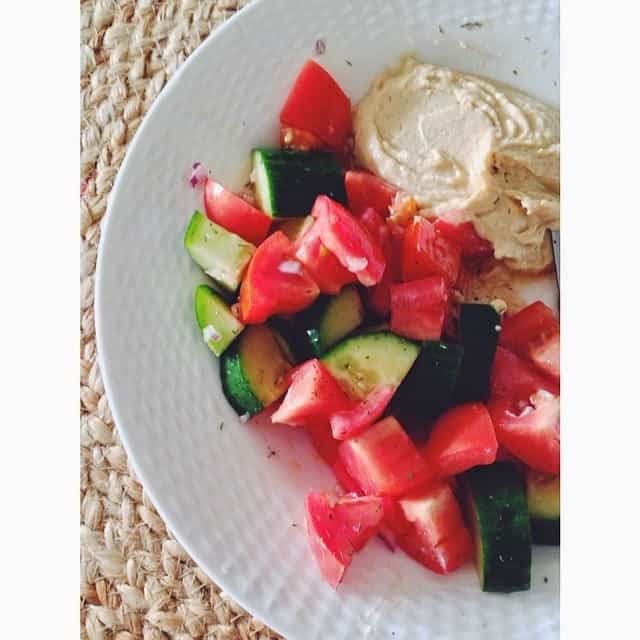 I cannot get enough of tomatoes, cucumbers & hummus lately {my favorite is Aramouni -- it's a local brand they sell at my Whole Foods. I don't know what they put in it, but it's addictive.} And pineapple, grapes and frozen bananas {I use them for making the creamiest, most delicious "shakes" ever.} I love it when my food cravings happen to be healthy. 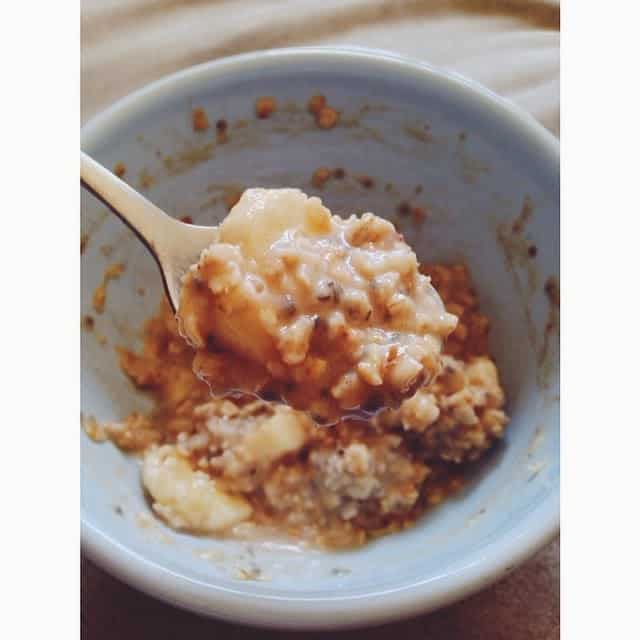 I figured out how to make the tastiest "DIY Instant Oatmeal". I don't have the exact measurements for you {otherwise, that would probably be the recipe I share today}, but basically I combine quick oats, chia seeds, cinnamon, and a tiny bit of brown sugar with almond milk, zap it for 90 seconds in the microwave, and add in yummy things like walnuts and bananas. So good. Not difficult. No weird additives. Score. 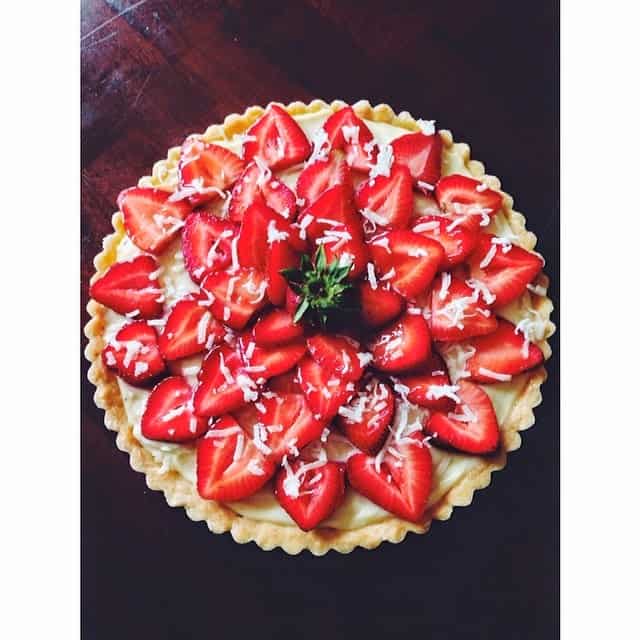 I made this Strawberry-Coconut Tart for a friend's birthday last week. Isn't it beautiful? I adapted it from Willow Bird Baking's Strawberry Coconut Cream Pie Bars recipe and it worked out perfectly. 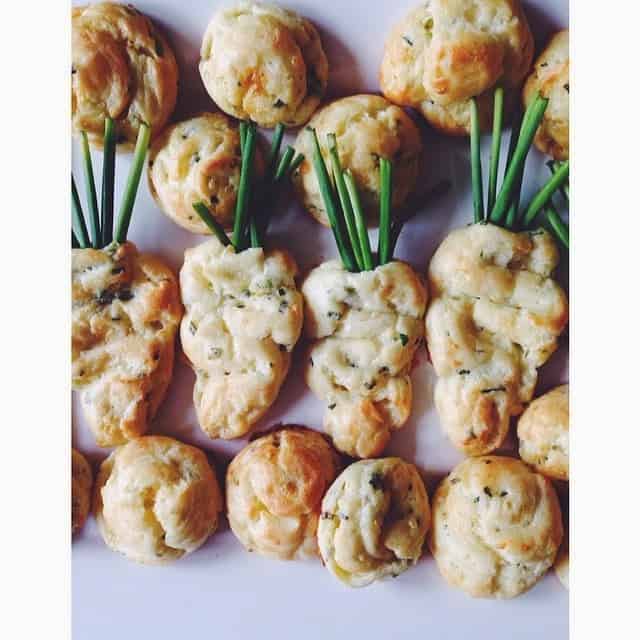 Have you ever made a gougere? Don't be fooled by the French name -- it's a cheese puff. It is probably one of the easiest  fancy-sounding things you can make. They're so good, and you can shape them however you want. Like these that I formed into "carrots" for Easter. I loved how they looked. Here's a basic recipe for them. {I made mine with Cabot sharp cheddar and fresh chives.} 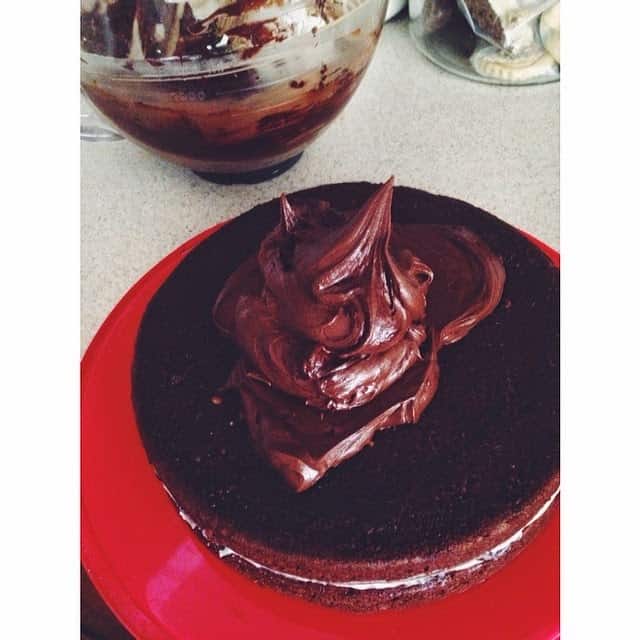 I made a cake for Easter. It's King Arthur Flour's Chocolate Cassata Cake. I was thrilled with how quickly it was coming together, and then I somehow read the measurements wrong and used way to much milk, which I decided to "correct" by adding extra flour. In the end, it came out more like a brownie than a cake, but it was still ok. The frosting though... good grief. I could have eaten it off the cake with a spoon. I think I will find other things I need to frost so I can make it again soon. 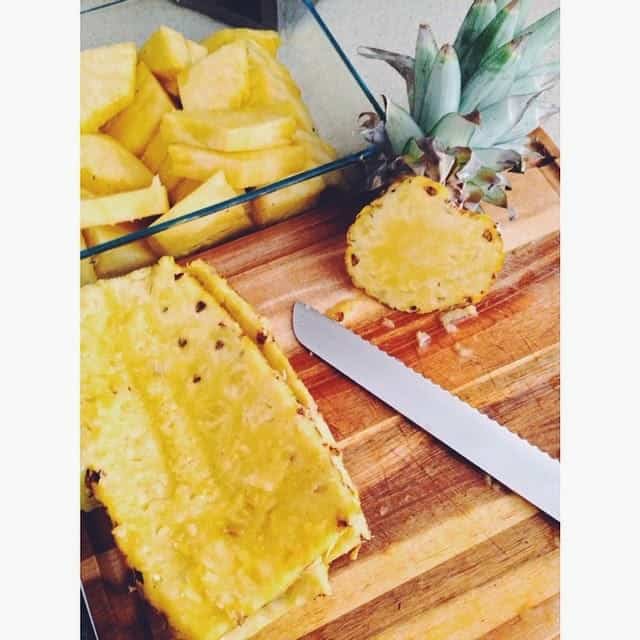 - I have mastered the art of dismantling a pineapple with minimal waste. Is this something you'd be interested in learning? Because I don't want to bore you, but man, has life gotten easier ever since I figured it out.

- In just a few short weeks, I'll be joining a bunch of food bloggers in Miami for BlogHer Food 2014! I can barely contain my excitement.  My last conference was almost exactly a year ago in Orlando for Food Blog Forum. I can't imagine anything could top that fun, but I will give BlogHer Food a chance to try. 😉 Prepare yourself for some long recap posts and an Instagram feed full of foodie celebrities!

- Three of my recipes were selected for the next Foodie Recipes Cookbook App! You should check it out if you haven't already, it's fabulous! I also have a few recipes being shared in upcoming issues of a few magazines... I'll share more about that when I have them in hand! It's so surreal when I get to see my hard work in print, or even digitally by some respected sources. I can't thank you enough for the support you give me that gives me the confidence it takes to continue reaching for my dreams. 🙂

See? I told you I'm never at a loss for words. If you're ever curious about what I'm up to when I haven't been posting on the blog, you can follow along with my daily musings over on Instagram where I keep things pretty current! And since we're talking social media, don't forget that my Facebook page also still exists though there's not nearly as much action over there as there used to be thanks to algorithms I don't care to understand. 😛

I hope everything is well in your world and hope to have a recipe to share soon! xo