Creamy Cabbage & Potato Soup! Cabbage, hash brown potatoes and fresh dill are the stars of this creamy, satisfying cabbage soup recipe that comes together in 30 minutes! A perfect weeknight meal or a fun way to celebrate St. Patrick's Day. 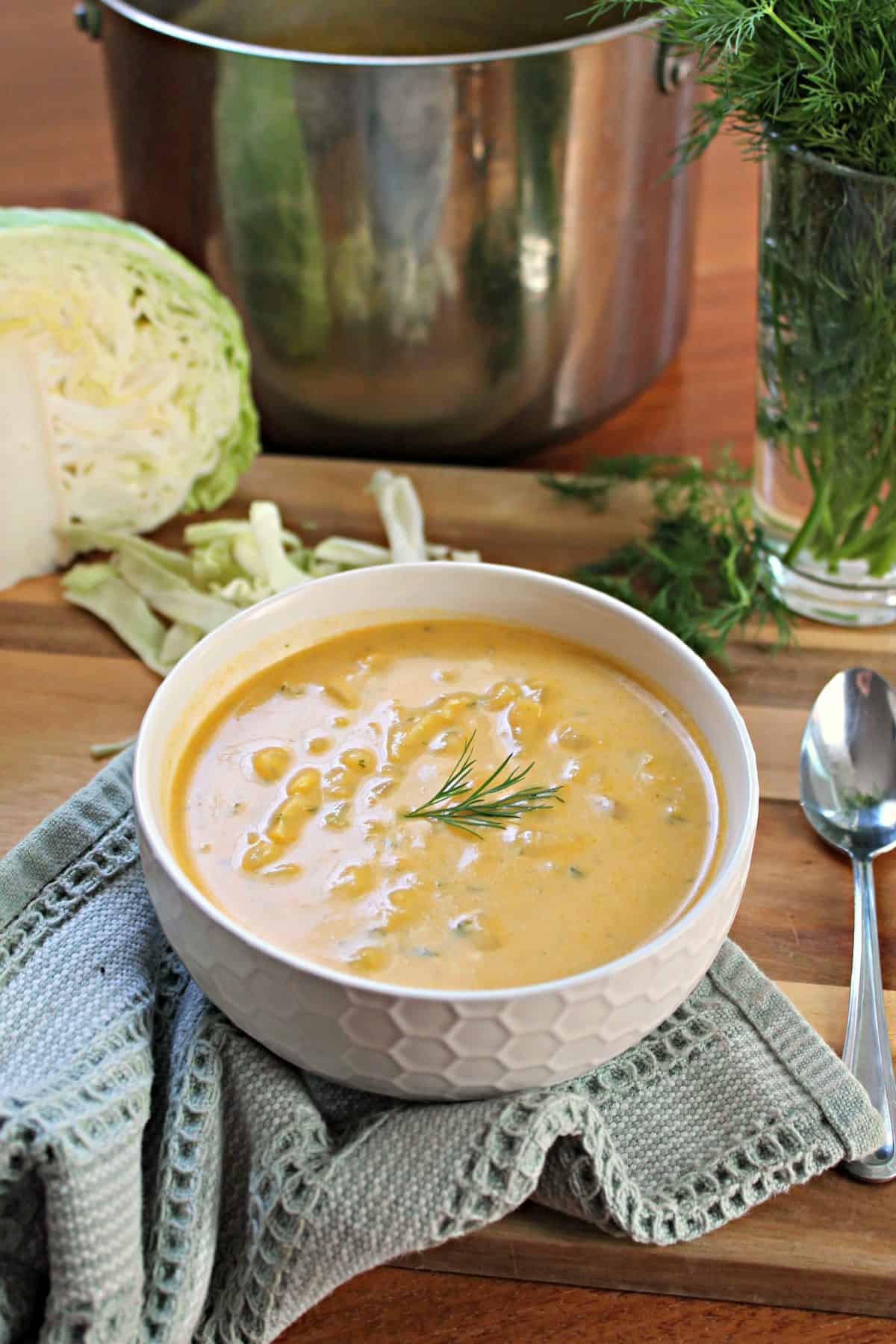 Confession: I've never made corned beef and cabbage. Though my husband craves it on St. Patrick's Day every year, it's just not something I've ever given any effort to trying out! But, if you've been following me for a while, you know how much I love a themed menu, so I've found other ways to give a nod to the Emerald Isle every March 17th.

I've made boozy desserts like my Irish Coffee Chocolate Cakes; fun finger foods like my shamrock-shaped "Paddy Pockets"; hearty skillets with saucy Guinness gravy like this Savory Guiness & Veggie Cobbler; carby delights like my Irish Cheddar Bread. And, while I haven't pulled the trigger on the classic CB&C, I have experimented with cabbag-filled recipes!

This cabbage soup recipe is a soupy spin-off of another St. Patrick's Day-appropriate recipe that get's a good amount of traffic every year, my Irish Cheddar & Cabbage Hash Brown Skillet.

While many creamy soups contain flour as a thickener, I managed to create the same rich and luxurious texture without any wheat flour, which means that it's naturally gluten-free {and vegetarian, too!}! My secret? Frozen hash brown potatoes! The starch from the potatoes creates a thickening element that achieves the same thing as flour. Additionally, blending half of the mixture, then returning it to the pot with the "chunky" part of the soup gives a thicker texture to the soup. Of course, if you prefer a super-chunky {and slightly less creamy} soup, you can always skip the blending and enjoy it as-is! 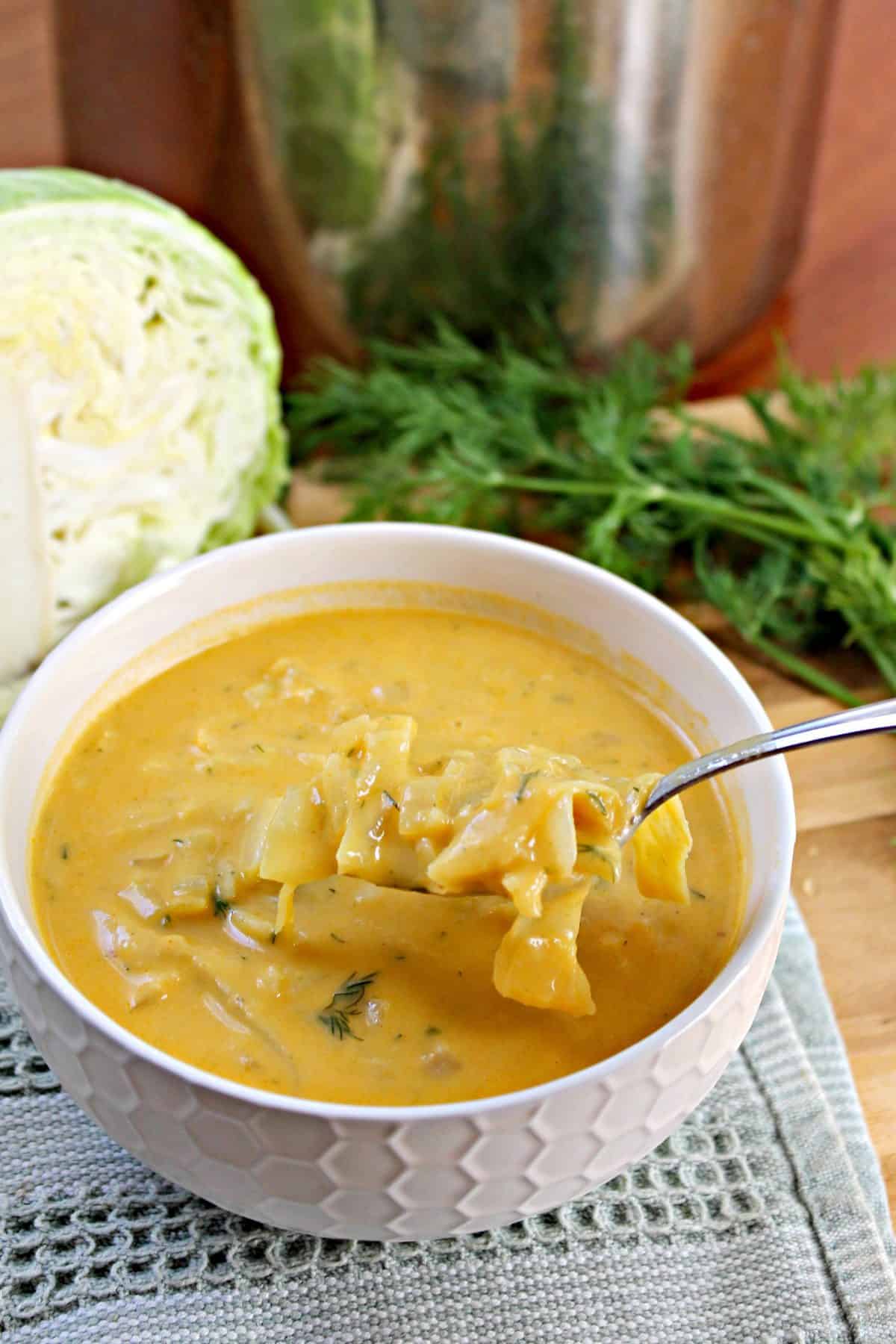 This soup uses simple ingredients that are easy to find:

As I mentioned, despite its creamy, dreamy nature that is often created by adding flour to the mix, I was able to achieve a rich, silky texture while keeping things gluten-free. Here are a few more substitutions to suit your tastes and dietary needs! 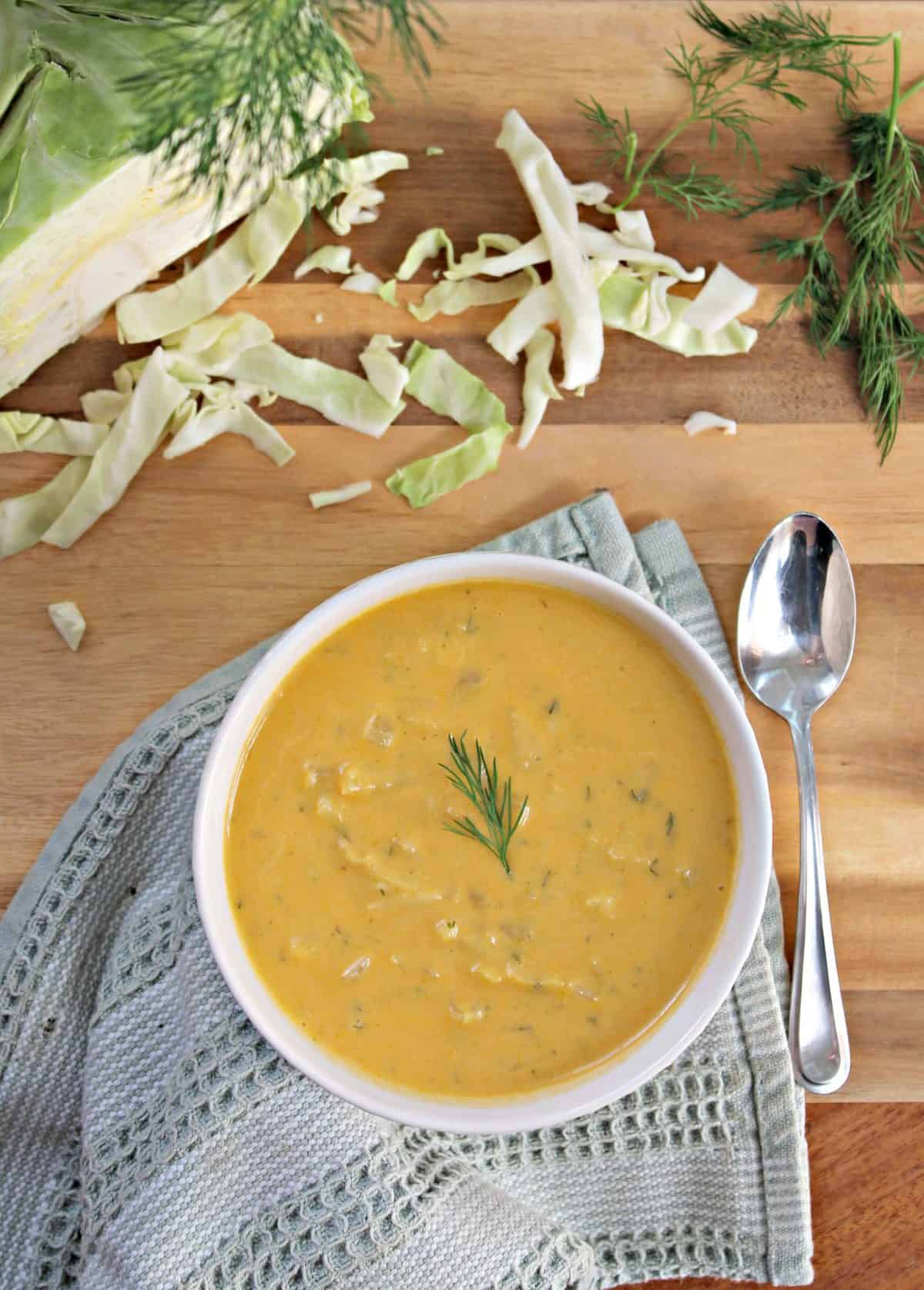 Other St. Patrick's Day Recipe Ideas from Around the Web

Looking for more St. Patrick's Day recipe ideas? {Or have a husband who insists on corned beef and cabbage?} Check out some of these mouthwatering finds from other blogs: 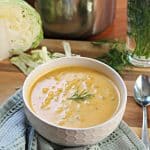