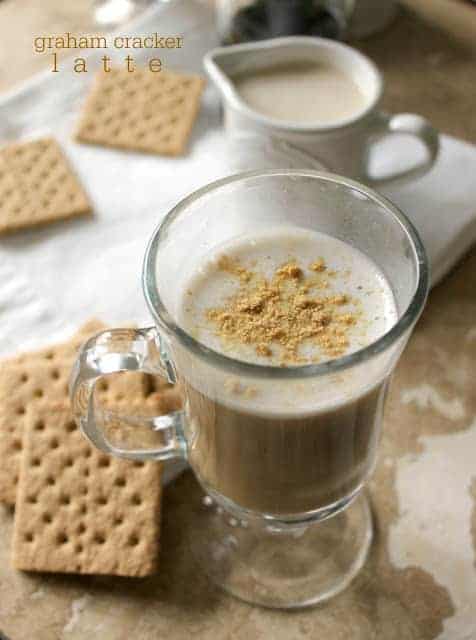 Well, I've gone too far. I put cookies in my coffee. Sort of.

You know those seasonal lattes from Starbucks, the ones that people go crazy over? I'm not into them. They usually taste funny to me and are too sweet {which, whoa, that's crazy for me of all people to say.} And when it comes down to it, I'd rather spend my splurge calories on the treats they have in the glass cases and keep my coffee pretty boring.

But, even though I don't personally care for those "handcrafted beverages", it doesn't mean that I don't get the hype. They make them sound really good. So good, in fact, that I forget all about my aversion at least once a year and I get suckered into spending five bucks of my holiday cash on a drink that I swear off again until the next year.

This year's pick was the "Toasted Graham Latte", which wasn't horrible, but didn't make me swoon by any means. It did pique my interests enough to make me want to come up with my own recipe at home. 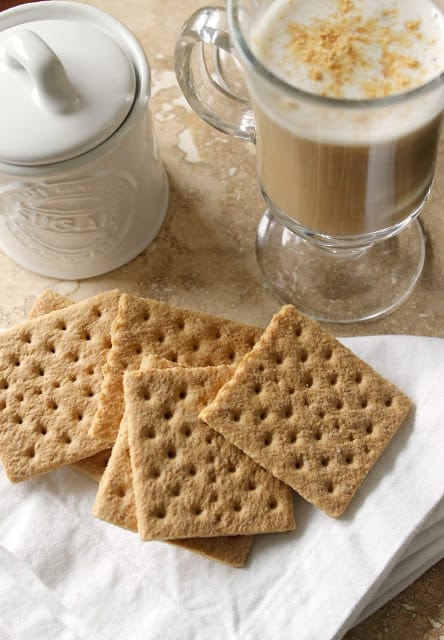 In my first round of recipe testing, I created a cinnamon-brown sugar simple syrup to flavor and sweeten the coffee, which yielded a lightly spiced version that was pleasant, sure, but wasn't "grahamy" enough for me. It was missing that toasty cracker taste that can't really be reproduced with just sugar and spices. 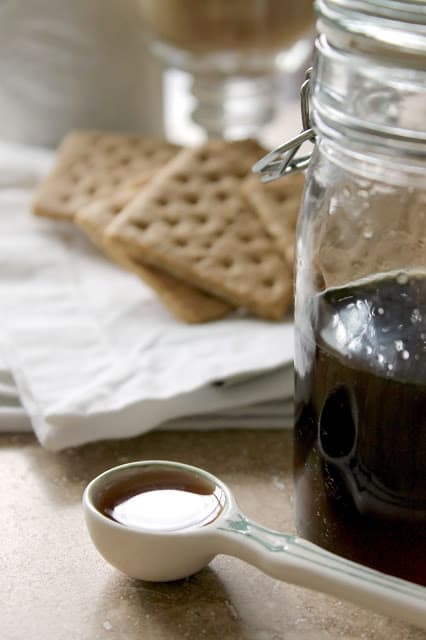 But how do you extract that essence into a liquid? INFUSE THE MILK WITH GRAHAM CRACKERS.

Stay with me. It's a little "out there", I know, but think about it. When you want to make tea or flavored simple syrup or even flavored liquor, what do you do? You let the ingredient you want the liquid to taste like take a little soak.

In this case, I felt that the cinnamon-brown sugar simple syrup I created was infused with flavors that were too strong to let the "grahaminess" of the graham crackers shine through, so I did the next best thing: I made cookie milk.

Don't look at me like that. There are people making a fortune off of cereal milk treats, and that's basically the same idea. It's like, a thing.

So, instead of making my latte with plain milk, I infused my milk {well, almond milk actually, but you can use whatever type of milk you use} with the graham crackers. 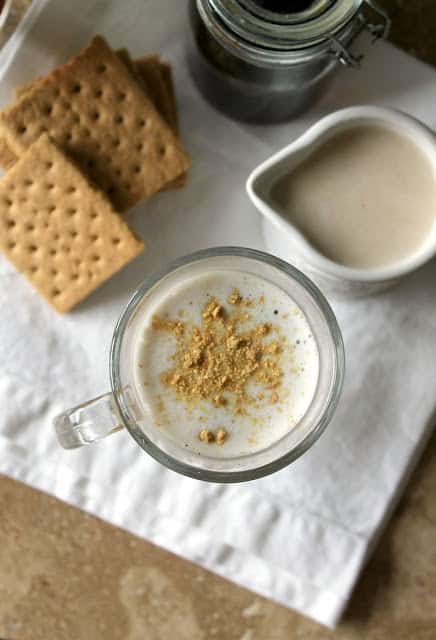 The result? The "grahaminess" I was seeking and a roasty, toasty beverage that you can enjoy at home without having to wait for the 10 minute coffee order monologue of the person in front of you to end. 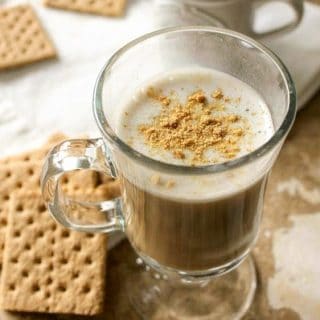 Top with "froth" and graham cracker crumbs for an authentic coffeehouse experience. 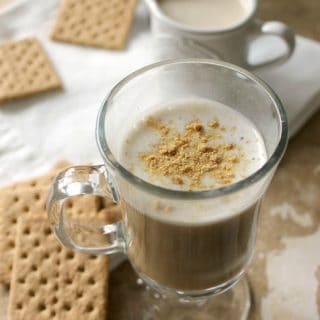 Store the graham cracker milk in a mason jar or a container with an airtight lid. Keep refrigerated.