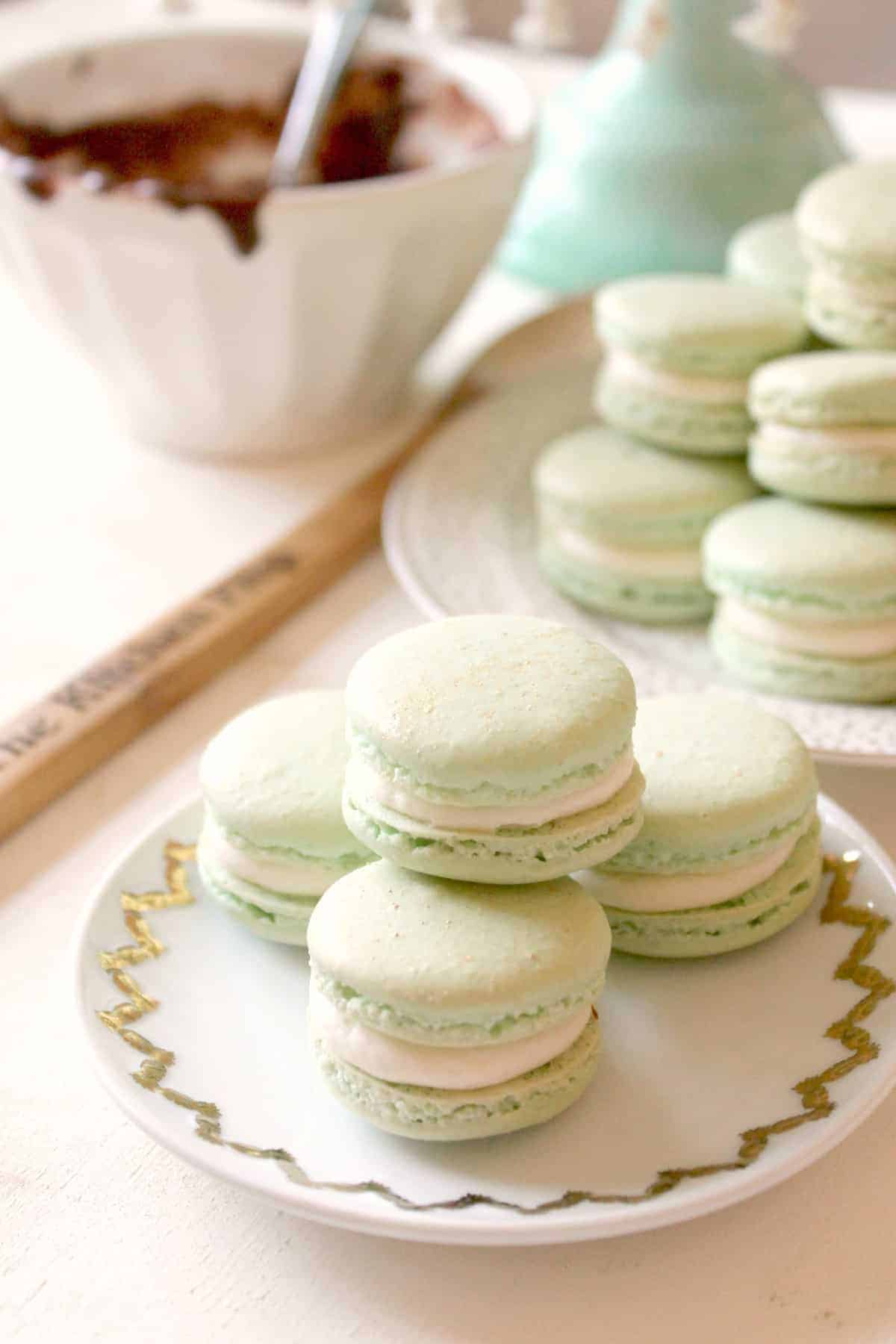 On Monday night, around 9pm, I was doing something on my phone and realized the date: January 30.

I looked up at my husband and unceremoniously announced, "Today is my 6 year blogging anniversary." And that's about as much fanfare as the monumental occasion received.

In a way, it's fitting that the day came and went without so much as a glass of sparkling apple cider because my blog has become such a part of me that it's really just another naturally occurring phenomenon that takes place each day: Eat. Sleep. Breathe. Blog. {Ok, maybe a few of those are slightly more essential to everyday life.}

But nevertheless, here we are. Six years in. Hundreds of recipes shared. Thousands of words typed. Millions of views from around the world. It is a strange and wonderful thing I have created here.

Every year, I mull over tons of ideas about how I will celebrate this occasion. Bake a show-stopping cake! Host a fantastic giveaway! Create a celebratory cocktail!

And every year, without fail, my "blogiversary" comes and goes and I can never quite find the right way to acknowledge it -- acknowledge you.

But this year, I found just the thing. The incredibly beautiful, yet humble French Macaron. Once the idea came to me, I knew it was the perfect way to celebrate this milestone for so many reasons. 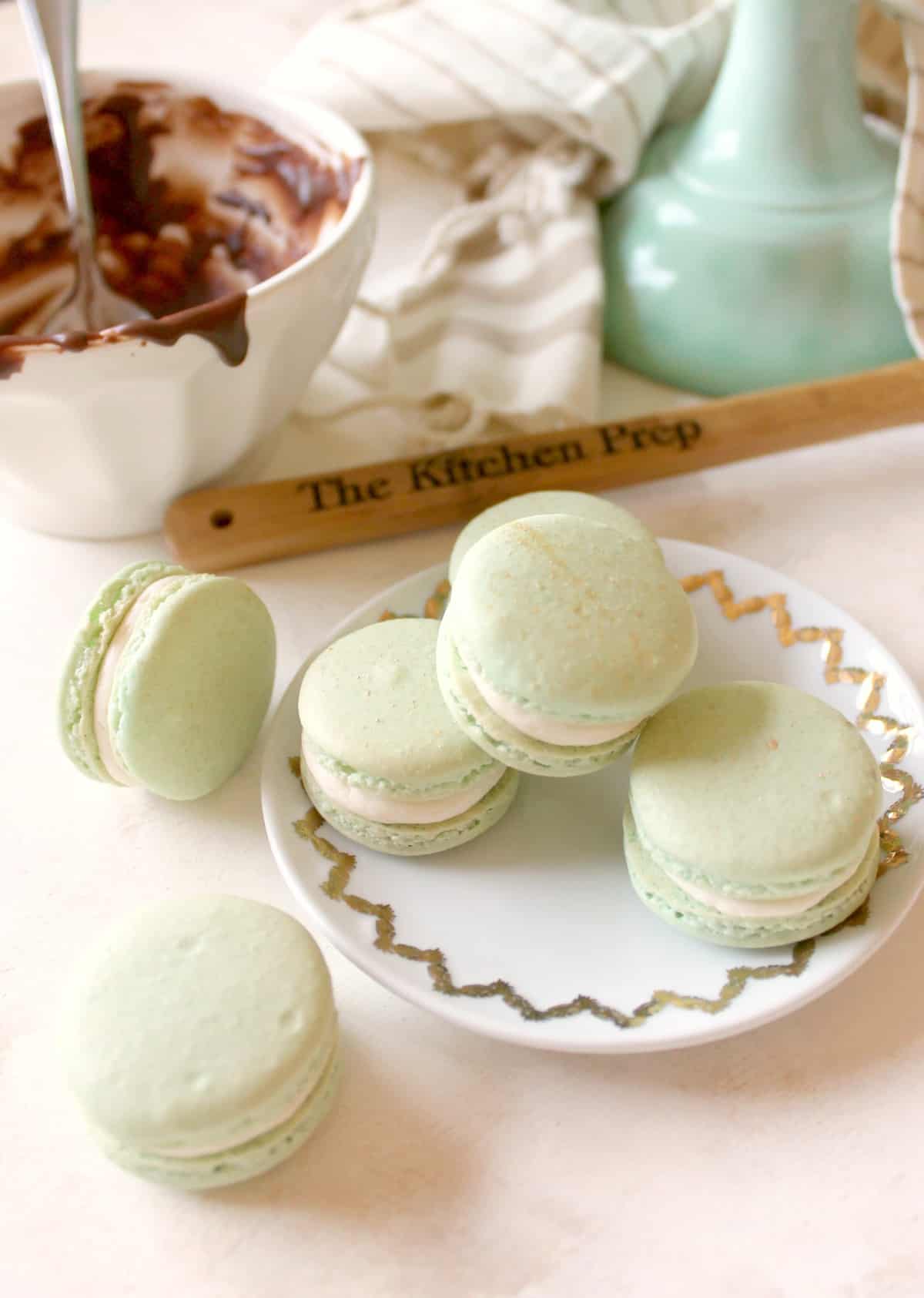 See, even though French macarons had their internet hay day a few years ago and the hype has died down substantially, I've actually never attempted making a batch to share here. Well, maybe that's not entirely true. I've tried making them, but I've never truly succeeded. While there isn't much to macarons that would make them seem unattainable -- egg whites, sugar, almond flour -- it's the technique that can make or break the final product.

I have made macarons that turned out flat. "Footless." Lumpy. Bumpy. Hollow. Overly chewy. Cracked. I've overbaked them, underbaked them and have completely failed miserably more times than I care to admit. So, naturally, I gave up entirely and focused my efforts on cookies and quinoa and whatever other things were on trend and able to be executed properly... until a few weeks ago.

My blog friend, Shinee, who I met several years ago at a blogging conference had posted a photo of her gorgeous macarons, and suddenly I was inspired to try them out again. Just like that, I decided that I had taken a long enough hiatus from attempting the perfect macarons.

So, I Googled "Foolproof Macarons" {as one does}, and wound up making 3 different recipes, none of which worked out for me for one reason or another. But instead of throwing in the {powdered sugar-covered} towel this time, I felt more determined than ever. And that's how I got these Irish Cream & Milk Chocolate Macarons out of the dozens I've made in the past few weeks. 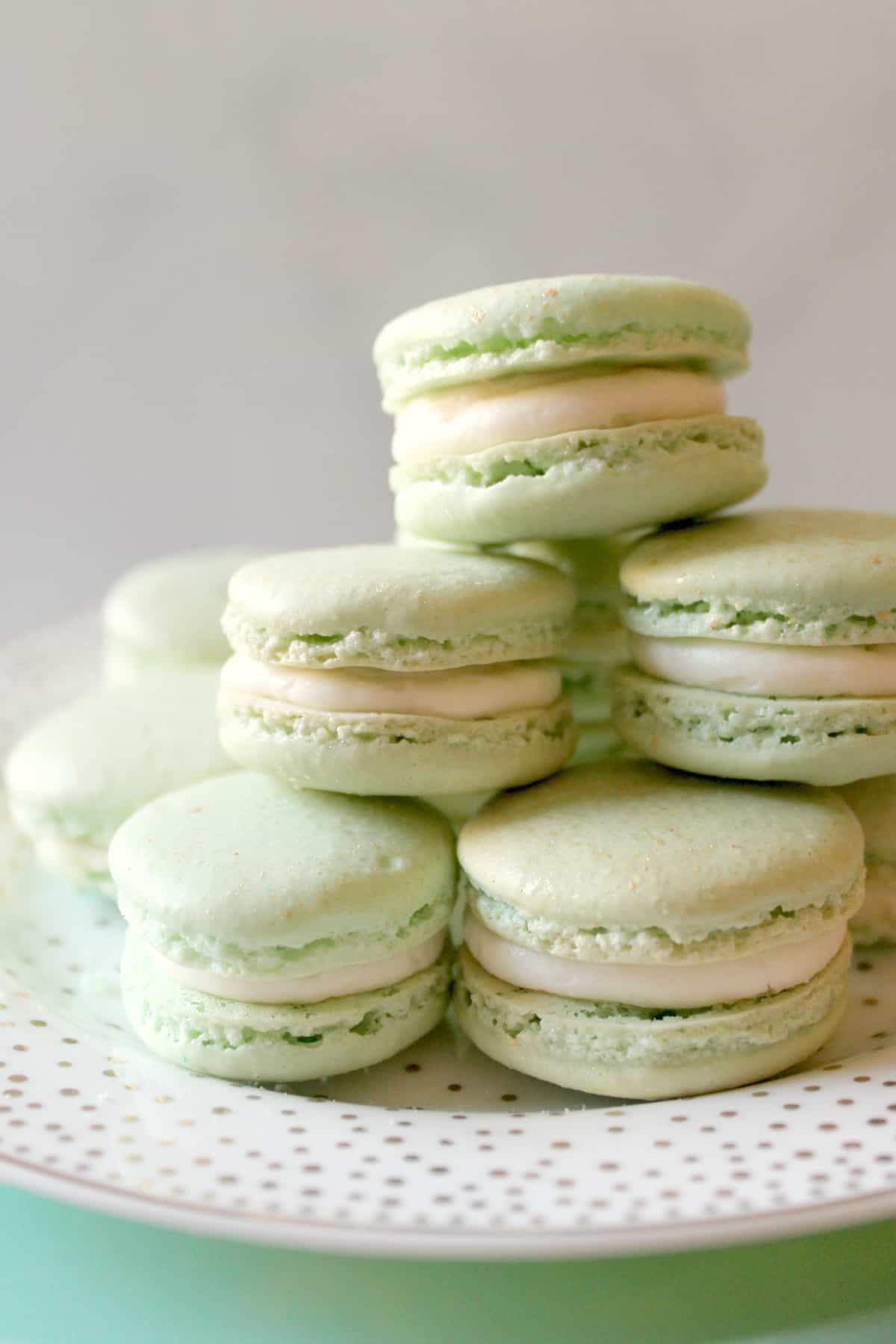 So why are these so perfect for this occasion? Because they're actually not perfect at all. I'm still working on it, but they're not flawless in the least. Some of them spread a little funny on the parchment paper and turned out more oblong than round, and they are a hint overbaked. And to top it all off? My photoshoot turned disastrous when I accidentally dropped a marble tile on top of my cake plate. 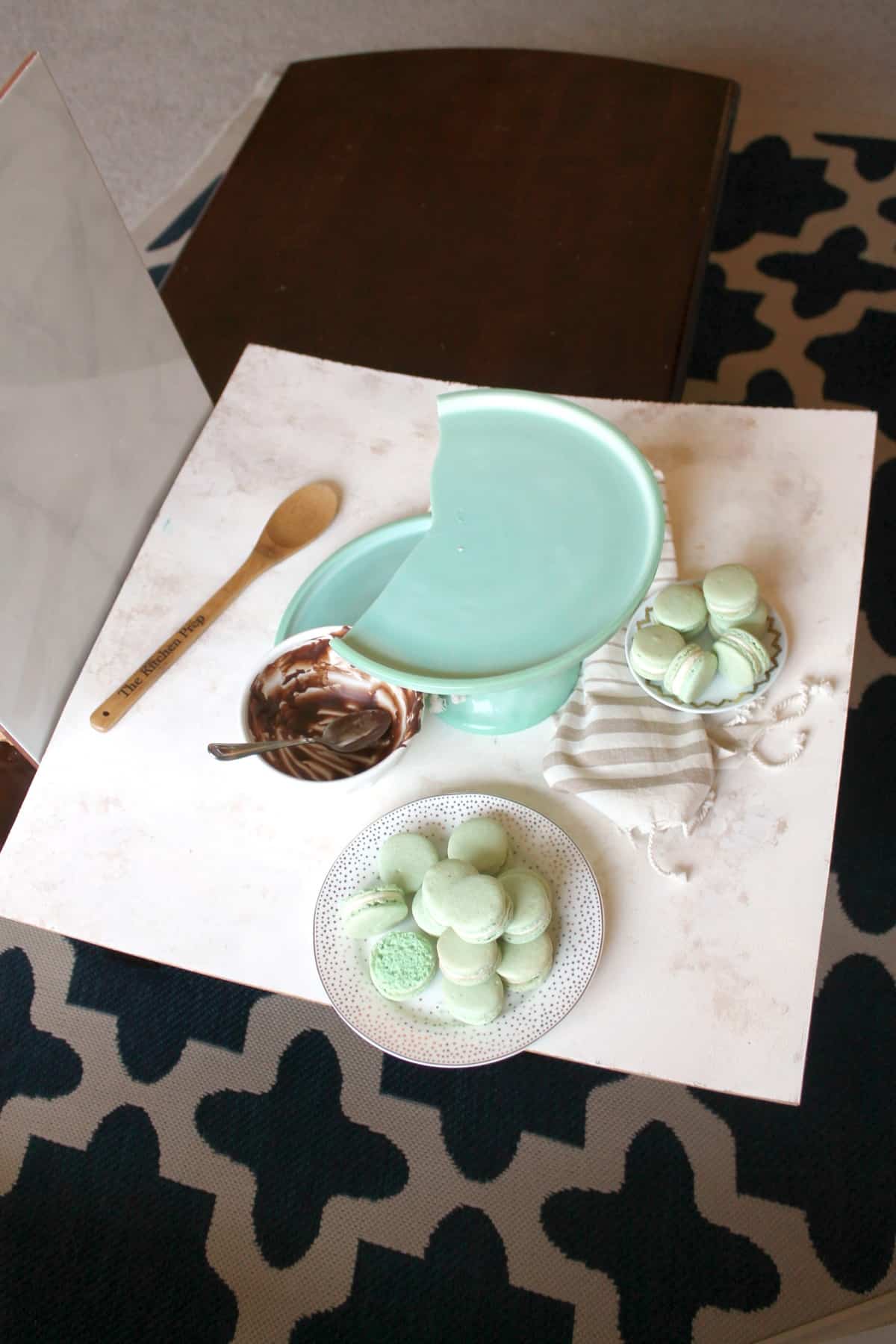 My very professional photography studio, a.k.a. the coffee table.

See? Definitely not perfect. They are, however, the perfect analogy for my journey as a "blogger." {Do you know I still don't really like calling myself that?} That's why I'm posting them today. Because they're a work in progress, and so am I. {And because despite not being breathtakingly stunning, they were delicious.} 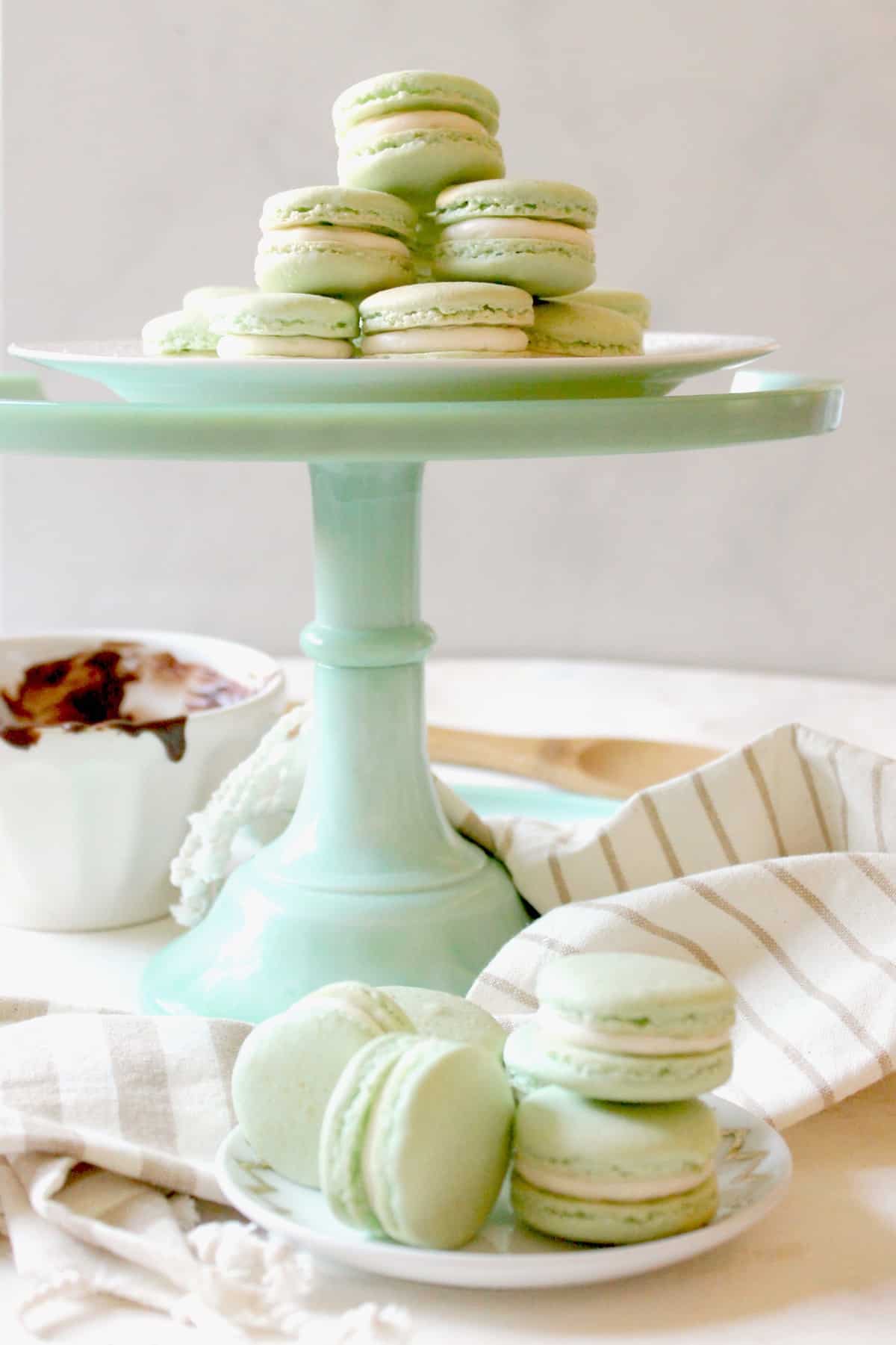 I've mentioned countless times before that this blog started out as a project to keep me busy while I figured out what job would come next, and while I've held a handful of jobs during the 6 years leading up to today, I had no idea that the blog itself would become my job! But like growing any business from the ground up, it's taken a lot of trial and error, bumps and bruises {and burns} to get to this place -- a place that I'm somewhat happy with, but that is nowhere near what I hope it will become.

I can't tell you how many times I've almost shut down this operation; just clicked "delete" and walked away. I have wondered time and time again if I've overestimated my talents. {Or if I really had any at all.} On the flip side, I've wondered if I've underestimated my potential. I constantly teeter back and forth between trying to look put together while remaining vulnerable and transparent.

I have found myself surrounded by extreme talent and have felt wildly undeserving of being in the same room {or magazine, or event, or panel} as them. I have felt like a fraud {no, I am not a food photographer, though I do in fact photograph food}, like a poser {graduate of the Culinary Institute of Dianna's Imagination}, like a jerk {thank you reader who told me I should be "ashamed of myself" for having a "print button" that accidentally caused her to print 13 pages}. But I have also experience such moments of pride and excitement that would not have happened if I would have given in to my self-doubt and called it a day.

So, it's about to get a little eye-rolly in here, because this is my point: Like the quest to achieve the perfect macaron, I may never quite get "there." I will always see the tiny flaws that will keep me working harder and smarter. But either way, I will always share the finished product with you because like a batch of beautiful macarons, some things are just sweeter when shared. 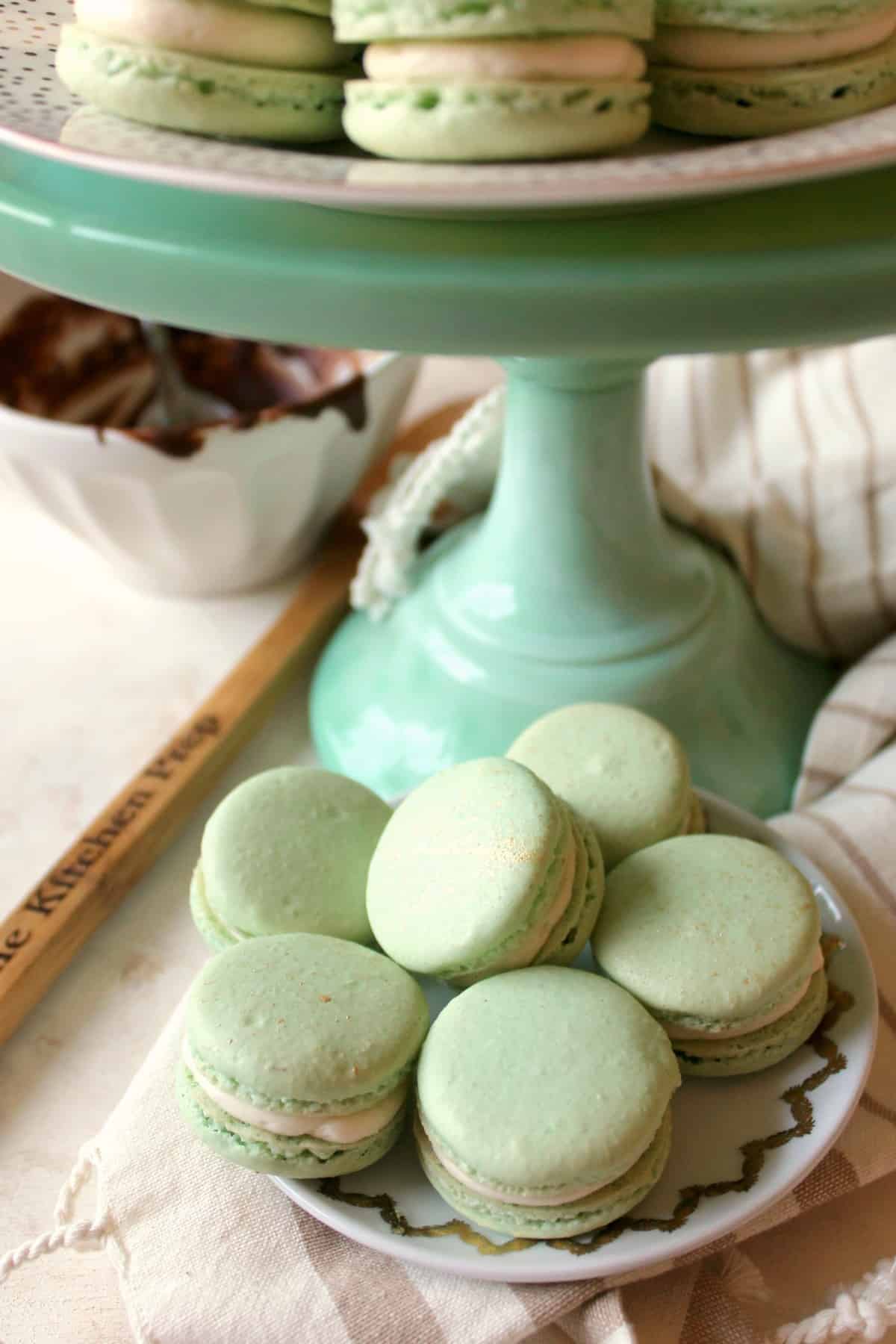 Thanks for being a part of The Kitchen Prep's history, and hopefully, its legacy! Cheers to 6 Years! 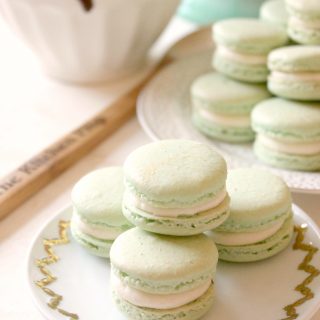