Vanilla Bean Citrus Bars! A crisp, shortbread crust is topped with a layer of sweet, citrusy filling speckled with fragrant vanilla beans. These are the stuff of potluck dreams! 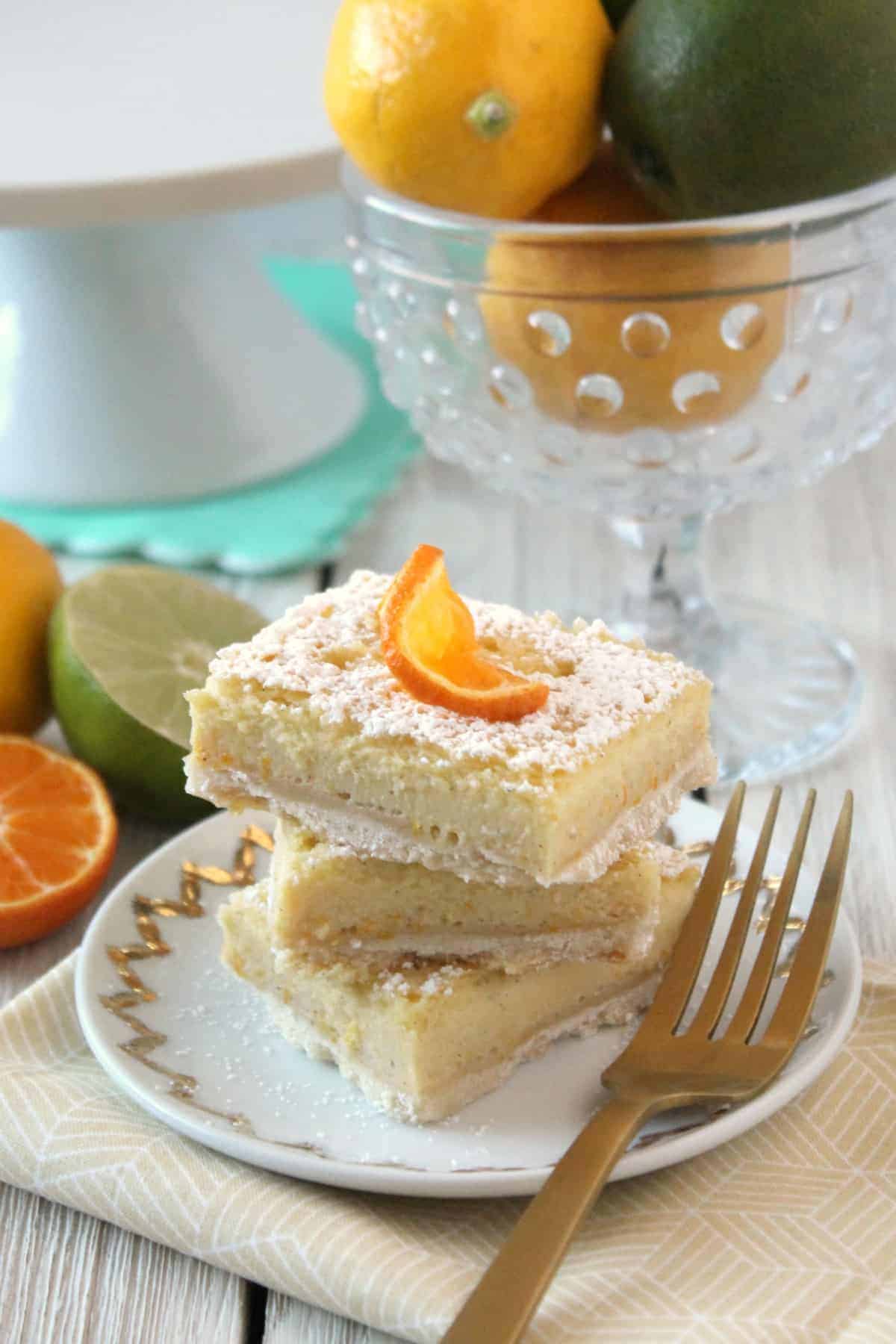 Seven years ago today, I sat down at my laptop and clicked a button that completely changed everything -- "Create New Blog."

That might sound a tad dramatic, but it was a dramatic time in my 29-year-old life. Steven and I had been married for a year and a half, living in a cozy little apartment and finally back in our home state of Florida after a 3 year stint in Texas where he attended chiropractic school. He had just opened his own practice, going through all of the entrepreneurial growing pains that come with starting a business. Meanwhile, I was trying to regain my {occupational} footing in the middle of an economic downturn after making the decision to leave a career in elementary education. {Fab timing.} I had no car {a highway accident the year before had left me with a totaled car and a bit of PTSD}, and a part time job that was neither fulfilling nor gainful.

Looking back now, it's not hard to see why I was seeking an outlet! It was a challenging time.

I had no idea what I was doing, but I did know that I wanted to combine my newfound interest in cooking with my long-time passion for writing, and maybe throw in a twist of South Florida flavor with a dash of citrus-splashed Lilly Pulitzer prep. And, somehow, from all of that indecisiveness emerged The Kitchen Prep.

Clicking that button wasn't life-changing instantaneously, of course. Years 1-3 were a complete experiment, filled with long hiatuses, posts with no pictures, pictures {horrendous ones, at that!} with no recipes, and a few very weak attempts at turning blogging into a profitable endeavor while working my way through other various jobs. Yet, I kept it up all the while, hoping deep down inside that one day I'd be able to call this labor of love my actual "occupation."

In 2014, I decided to go full-steam ahead with blogging full time after I became a mom. {Again... impeccable timing!} And here we are today.

It is mostly a dream {because technology/social media/working from home while raising a child definitely have nightmarish moments at times} seeing this space grow and change into not only the things I hoped it would, but also into things I never imagined it could.

I didn't mean to get so intense about dessert but, you know, nostalgia. 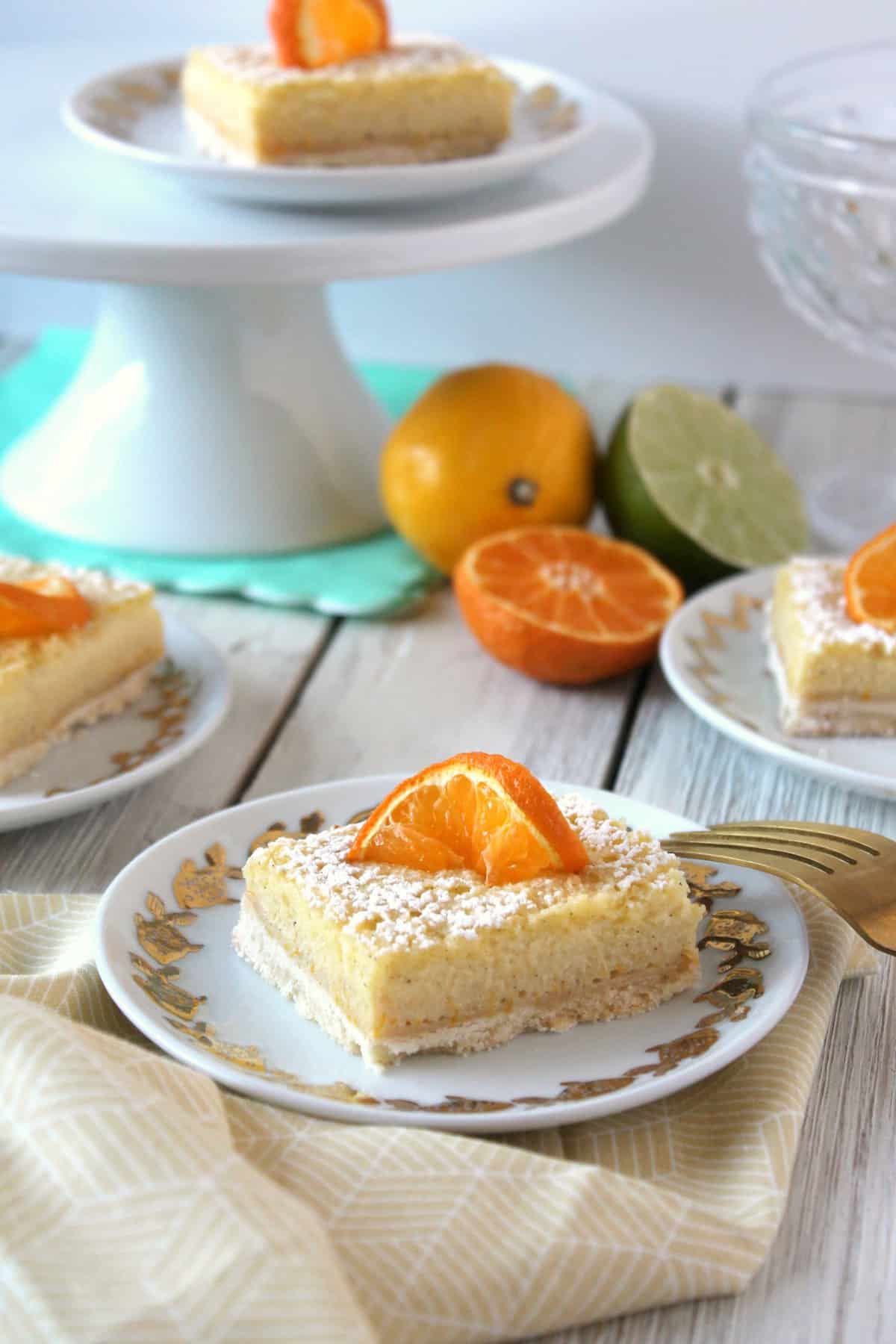 ANYWAY -- Vanilla Bean Citrus Bars. Because we need to celebrate, and what celebration is complete without dessert?

These bars {adapted from one of my old, go-to baking cookbooks, Nestle Classic Recipes} are the kind of recipe you can whip up when special occasions, bake sales or potlucks come out of left field because they're such a cinch. They have a simple shortbread crust, which I like to pulse together quickly in my food processor for mess-free prep. 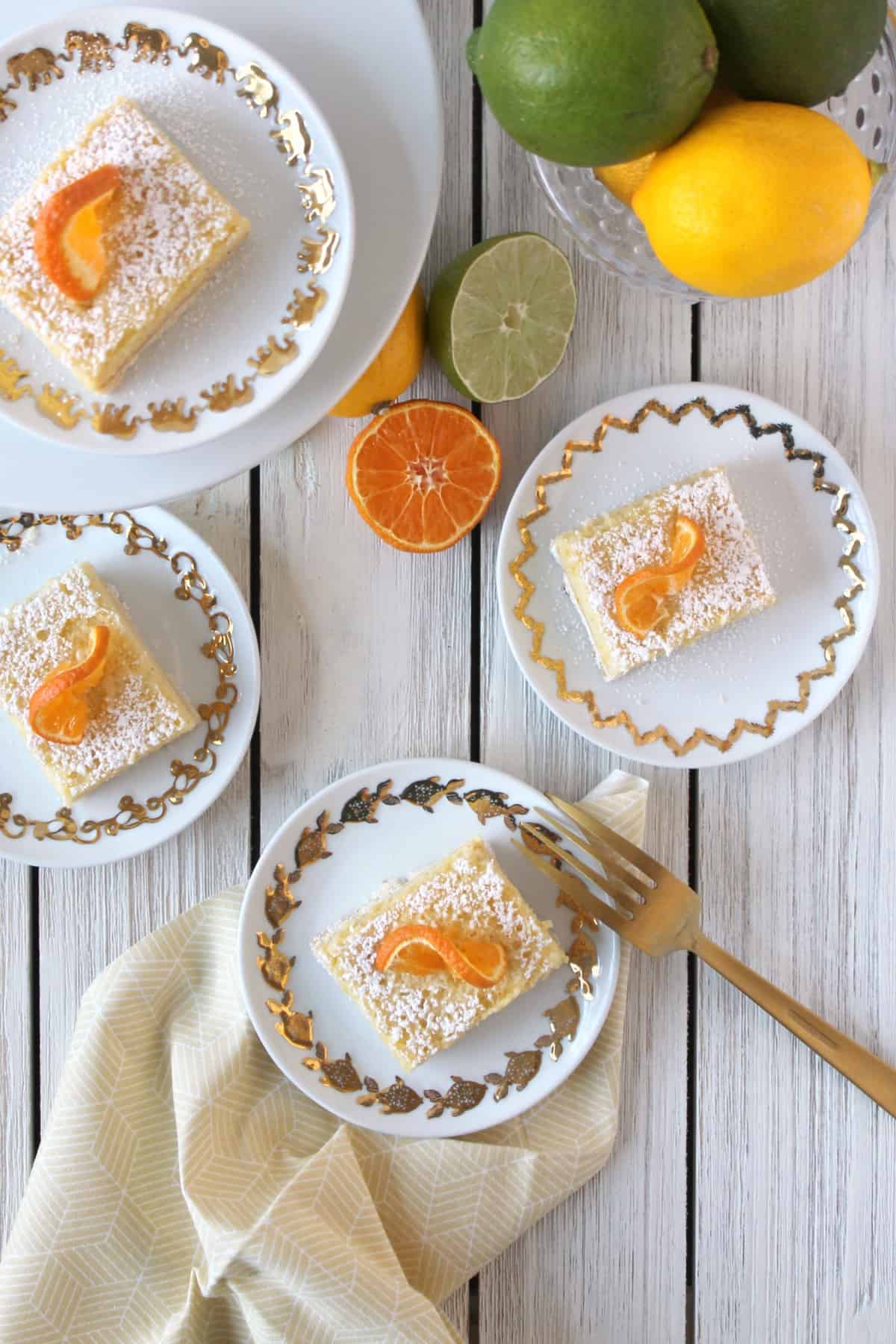 The filling is made of just a handful of ingredients that bake into a sweet, creamy custard scented with citrus and flecked with vanilla bean specks. For this recipe, I happened to use an orange, some Meyer lemons and a lime, but you can use whatever you prefer and I bet they'll turn out just as good.

They say that copper and wool are traditional gifts for 7th wedding anniversaries, but what do you say we make citrus and vanilla beans the official way to celebrate a 7th blog anniversary? I personally like the sound of that.

You know what I like even more? You. For helping to make that simple click of a button one of the best indecisive decisions I ever made. Thanks for your support, it means more than you could ever know. Now let's stop gabbing and go grab a fork. <3 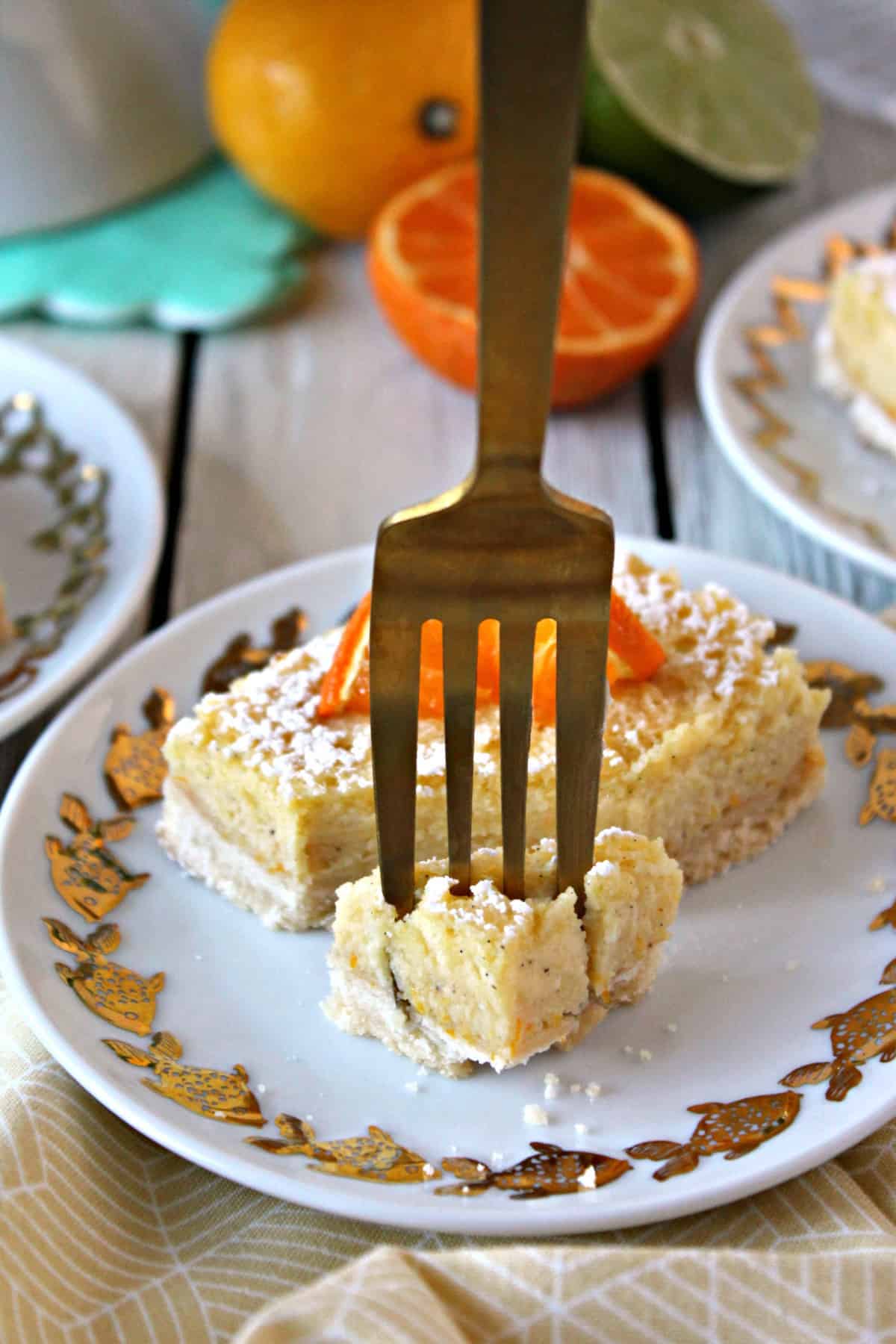 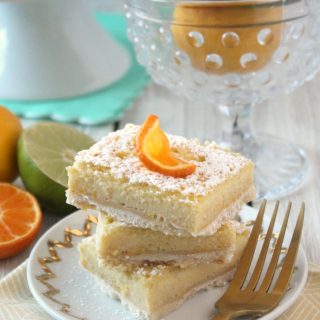 *If you don't have vanilla bean paste, I highly recommend seeking it out for your baked goods! They sell it at specialty stores, online and high end grocery stores. If you can't find it or prefer not to buy it, then substitute with 2 teaspoons of vanilla extract.  **The zest of citrus contains the strongest flavor, so be sure to choose a citrus fruit that you enjoy because that will be the predominant flavor of the bars.
« Easy Jalapeño Popper Bites
Turkey and Chickpea Sliders with Dill Havarti »