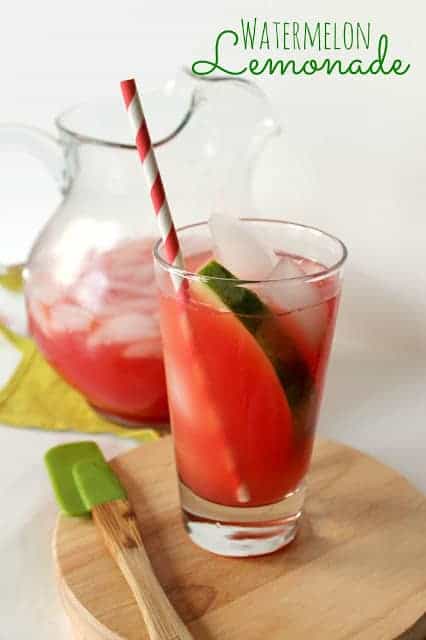 Sometimes I get a little overenthusiastic when it comes to pretty fruit.

{And other produce, too, apparently.}

I mentioned a while back that Steve and I shop for produce at a ridiculously inexpensive, itty bitty local store. I've found that, due to the dramatically lower cost of shopping there, I tend to toss things into my basket as if I'm picking fruits and veggies out of my own {non-existent} garden for free.

About a week ago, we went on our routine excursion to the produce store and I couldn't help but pick up a lovely watermelon to bring home. It just looked so... summery.

What's interesting is that I can't remember the last time I purposely bought a watermelon. Oddly, watermelon has never been one of my favorite things.

I tend to refrain from sharing this with people because the reaction I get is usually the same as when I admit that I'm not a fan of horses. Or birds. Or that I married a man who hates chocolate. I call it the "What is wrong with you??" face.

Different strokes for different folks, y'all.

Anyway, something came over me and I just knew that I must have this watermelon. As soon as I got it in the door, I sliced it open and started cutting it into bite-sized cubes to have ready to munch on during the week.

{Because, of course, I suddenly became watermelon's biggest fan. It only took 31 years.}

I filled up a LARGE bowl... and still had the other half of the watermelon staring at me with no particular purpose. 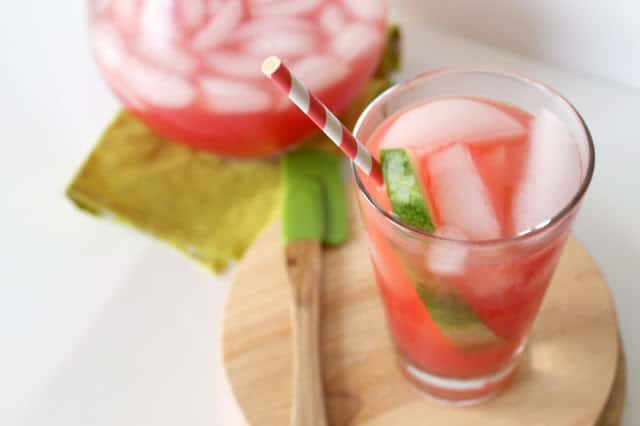 This unassumingly "small" watermelon seemed to have multiplied before my very eyes. Luckily, a friend dropped by right as I was solving my watermelon dilemma, so I cut her a quarter of it and wrapped up the other quarter in plastic wrap.

After a few days of it being banished to the back of the refrigerator, I broke down and decided it wasn't going to use itself.

That's how this lemonade happened. 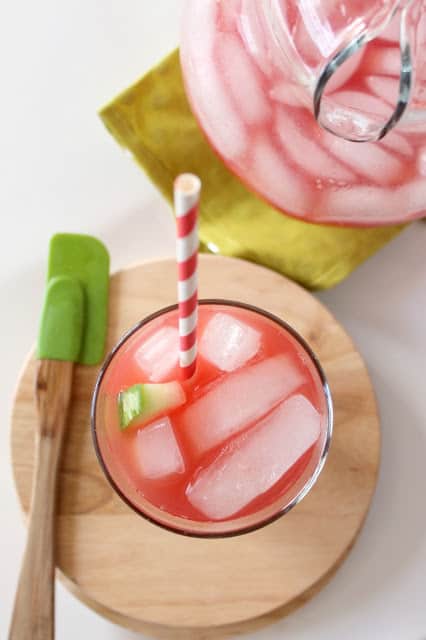 Is there anything in the world summerier {we're making that an official word, 'kay?} than Watermelon Lemonade? I think not. Sweet, tart, refreshing... it's pure perfection.

You know what else would go well with this? Mint. I just didn't add any to mine because I didn't have any on hand. But if you happen to think your lemonade-making through before actually starting it {unlike me}, you should definitely try it with mint and tell me what you think. 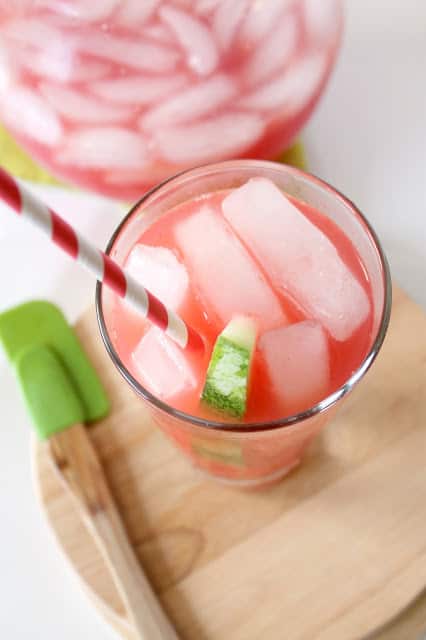 I also think this would make great popsicles. And an even better cocktail. I gave you the idea, so I promise I won't judge if you sneak a little vodka in there when nobody's looking.

So now, watermelon and I are besties. And so are you and I because why wouldn't you love me after I share such a great idea with you? 🙂

Cheers to the last bit of summer, friends!

1. In a small saucepan over high heat, stir together sugar and water. Bring to a boil, then reduce heat and simmer for about 3 minutes. Remove from heat and let cool.

3. In a blender, puree watermelon until smooth. Strain watermelon puree into the pitcher using strainer, a small batch at a time making sure to press down on pulp to release all the juice.

4. Add 3 tablespoons to ¼ cup cooled simple syrup {depending on how sweet your watermelon is and how tart you like your lemonade} and water to pitcher. Stir to combine.

5. Pour over ice and enjoy. {Serving with a pretty straw doesn't hurt, either!