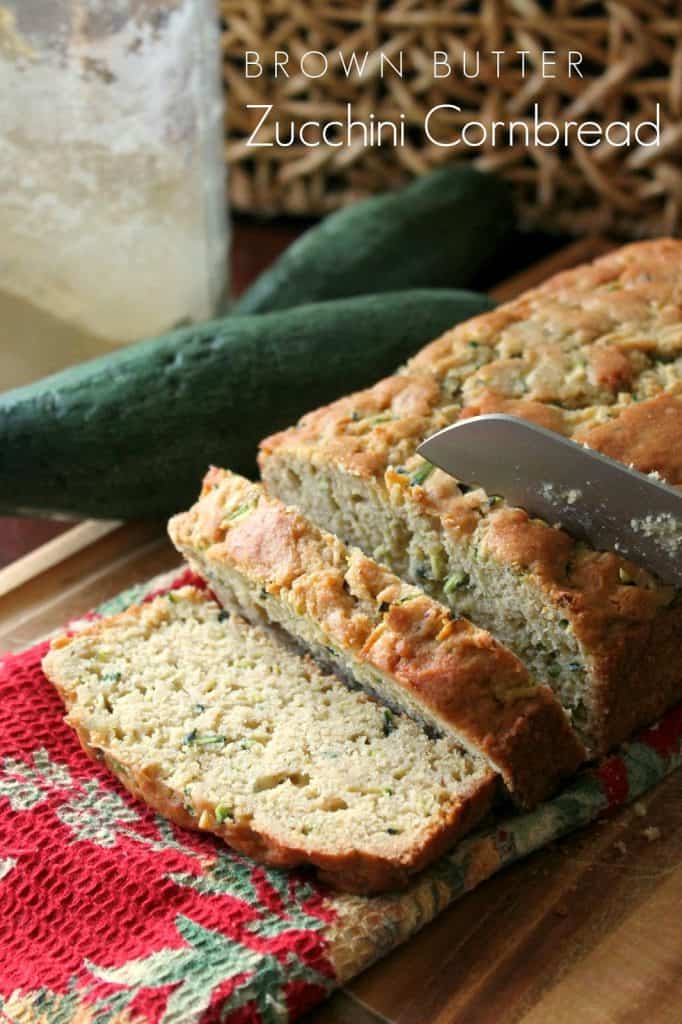 Ahem, not to brag or anything, but I've managed to get THREE posts out this week. Why, yes, I am patting myself on the back. 😉

Where the last few weeks felt like a complete waste of perfectly good time, this week has felt uber-productive. Isn't that a nice feeling? Not only have I been able to wrap up a bunch of loose ends I've had nagging at my task list, but I've also been able to help a friend who is getting married in just a few short weeks as she crosses some things off her "To Do Before I Do" list.

Being a part of wedding planning madness {several times over the past year} has made me think about how awesome it is when two people who are right for each other come together. In my friend's case, she and her fiance balance one another in lots of ways: She is high speed/high voltage, energetic, scattered and passionate; he is deliberate, calming, organized and logical. Watching them do things together can be somewhat of a comedy show, but only because it's sort of magical how she makes up for where he lacks and vice versa.

I find the same in my own relationship with my husband. When I'm up in arms and all in a tizzy, he talks me back down to reality and calms my irrational fears. When his head is in the clouds and he's having a hard time putting dreams into action, I help him think realistically. I keep us organized, and he keeps me from labeling everything in the house and living in an OCD wonderland. It takes a little bit of him and a little bit of me keep things balanced in our household. We're a good team, as are the newlyweds-to-be. 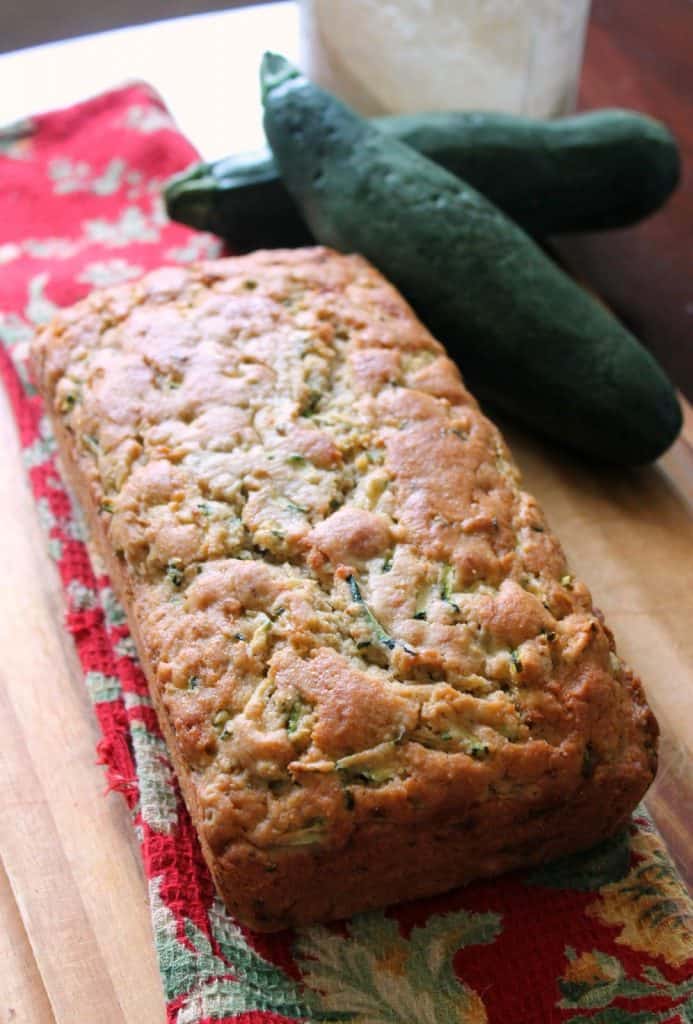 Know what it is?

It's Zucchini Cornbread. The result of a harmonious union of two common favorites, with the added flavor of brown butter. 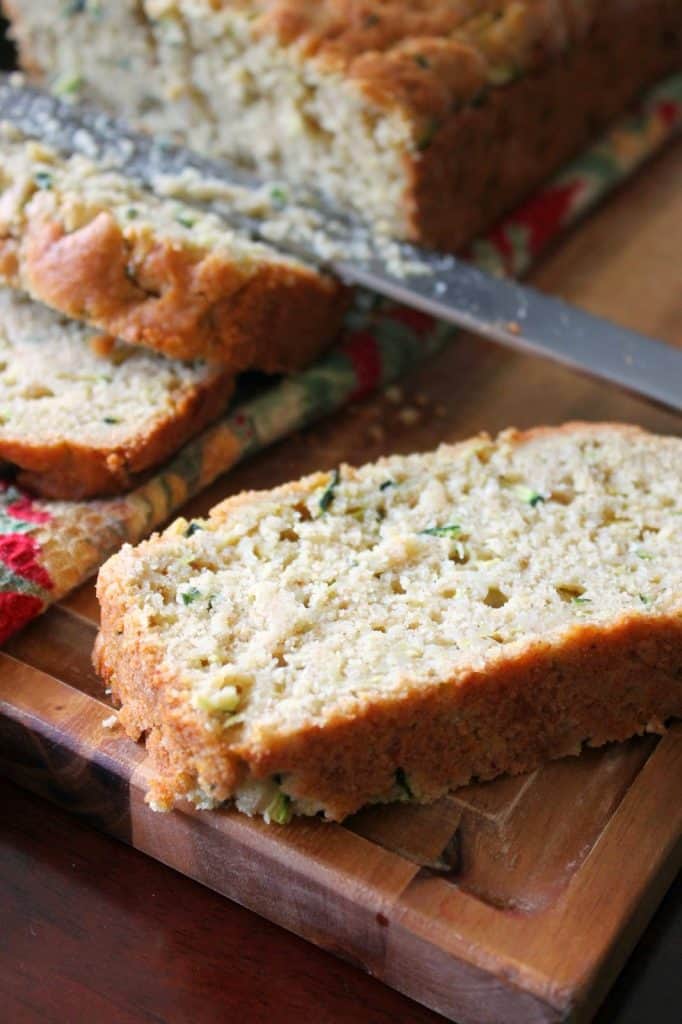 What's brown butter, you ask? Well, it's butter that's cooked until it's brown. {Um, you asked.} Why is that special? Because when you cook butter until its brown, it gets this interesting, nutty smell and flavor that makes things taste even better than when you're using regular butter... if you can believe it.

I love regular ol' cornbread, but there have been times when certain recipes have left something to be desired because they're too dry or crumbly. But guess what? When you add in shredded zucchini, the moisture from the veggie refuses to allow anything but incredibly perfect bread to happen. Add in that amped up flavor from brown butter, and you've got yourself a pretty above average loaf of yumminess. 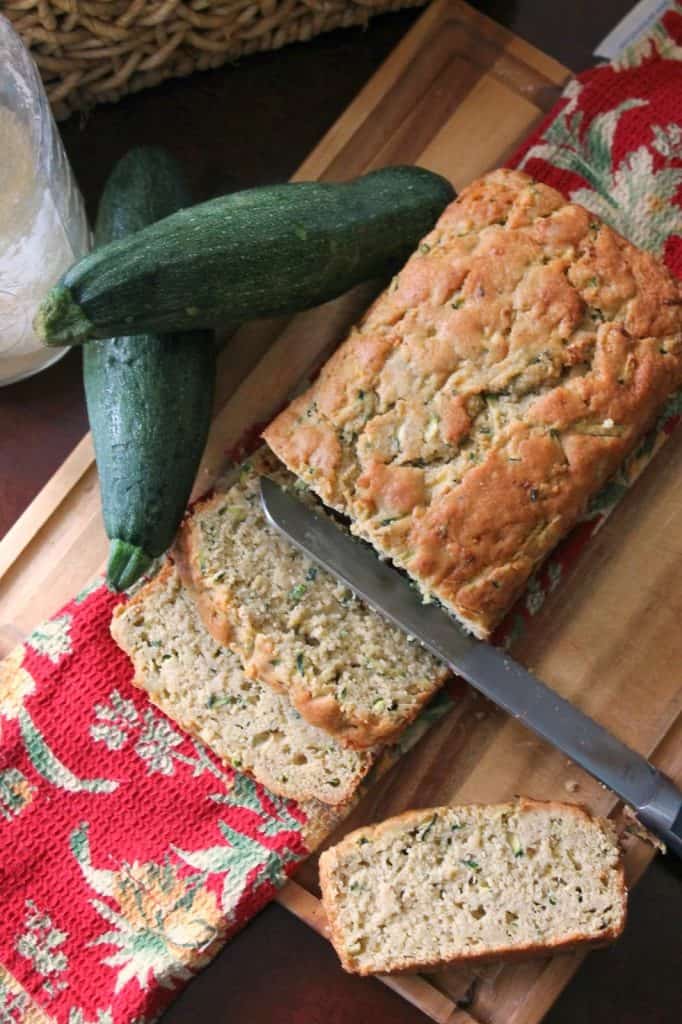 Basically, it's a marriage made in heaven. And who can't appreciate one of those?

1. Preheat the oven to 350. Prepare a 9x5x3 inch loaf pan by spraying with cooking spray or coating in butter. Set aside.

2. In a medium saucepan, melt butter over medium-high heat. Once melted completely, reduce the heat slightly and allow to simmer until it becomes a golden-brown color and smells nutty and fragrant. Set aside and allow to cool slightly.

4. To the cooled butter, add the buttermilk and eggs and whisk together until well combined. {I just did this right in the saucepan as not to have to dirty another bowl.} Mix in the shredded zucchini.

5. Add the wet ingredients to the dry ingredients and fold together until there are no more dry spots, but try not to overmix. The batter is going to be very thick; it should be.

6. Scoop the batter into the prepared loaf pan and spread it as evenly as possible. Bake for about 55 minutes to 1 hour or until a skewer inserted in the center comes out mostly clean. {It's a moist bread so it may have some sticky crumbs, just make sure that it's not uncooked batter and you should be fine.}

Remove from oven and cool in the pan for about 15 minutes before removing and slicing.