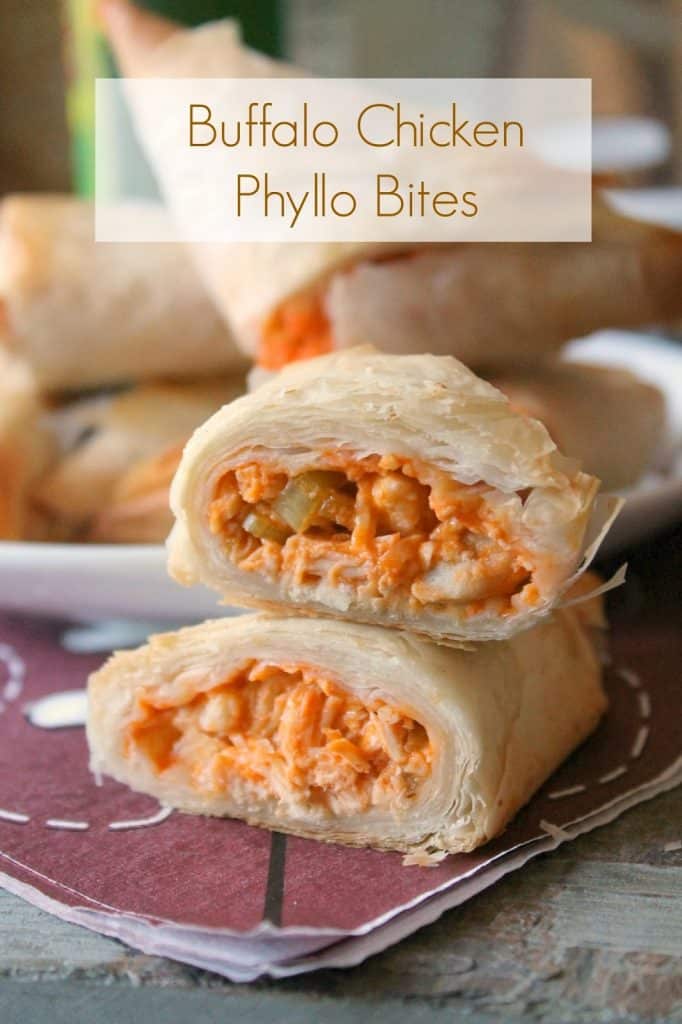 Did you ever make those paper "footballs" as a kid? You know, the type that you fold up from a long strip of paper until you get a compact little triangle you can flick through the "goal post"? {a.k.a. Your friend's fingers held up like two "L"s facing each other. It's a wonder we never put an eye out.}

That's exactly how these tasty little triangles are assembled, except the paper is replaced with phyllo dough and the "goal" is your mouth. 🙂

When I was thinking of football-watching snacks for the Super Bowl, the idea for these convenient bites came to mind as quickly as I lose interest in watching the game. {What? I'm just telling it how it is.} I'm not ashamed to say that Super Bowl is one of those occasions that only interests me because of the company and the food. Sorry, sports fans.

One food that seems to get a lot of playing time during game days is chicken wings. But let's be real here: They are a host's nightmare. All that bright orange sauce. The drips, the dribbles. The bowls of bones left over after they've been eaten. {Fact: Farley dove head-first into the bone bowl last year when we were having friends over for wings. Someone swore they saw him swallow an entire bone whole, but it was never to be seen again...}

Since I'm always trying to find ways to keep things clean and organized, I thought, "What if I serve up the taste of wings without the mess?" 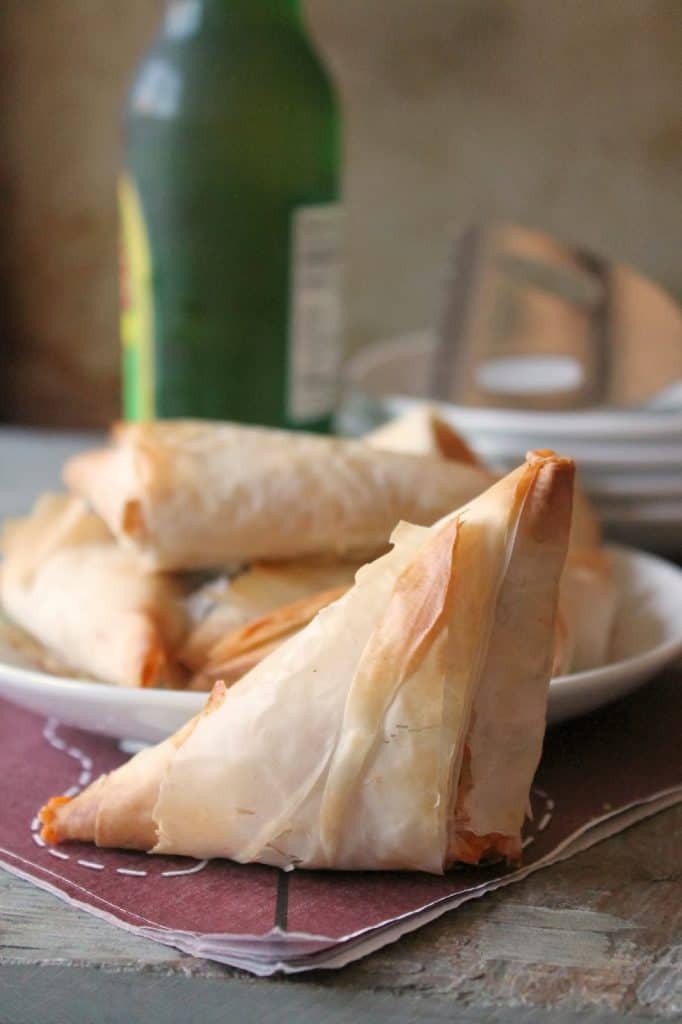 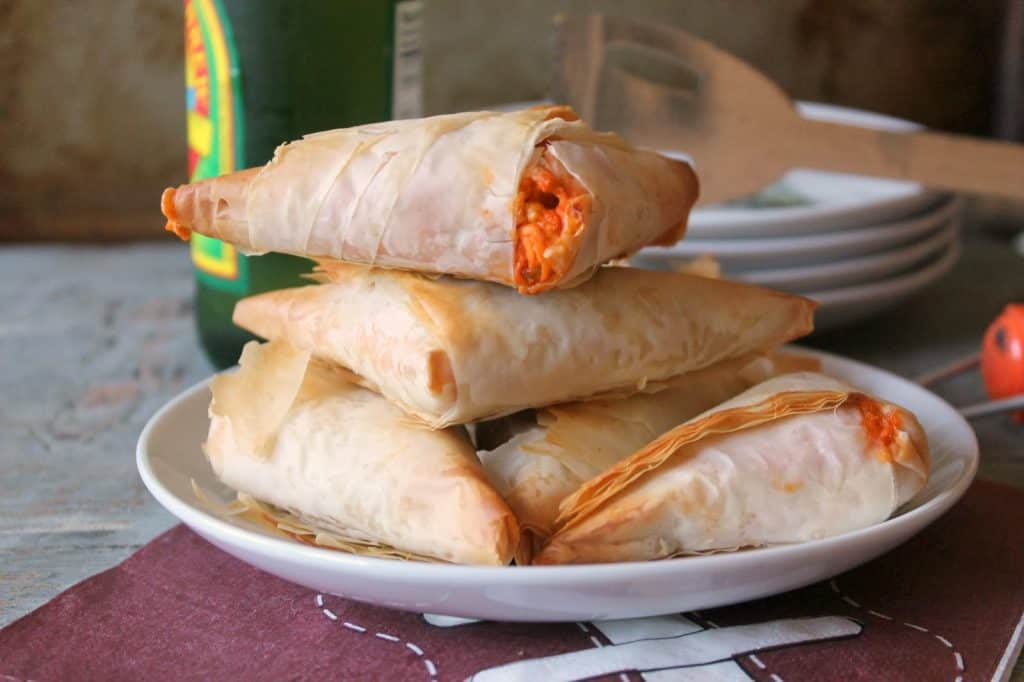 Shredded chicken, wing sauce and all the finger-lickin' accouterments {blue cheese & celery} are all combined and tucked into a tidy little phyllo package. They're flaky, spicy, fun and there's no need to worry about hungry puppies going after the remnants... because there won't be any! 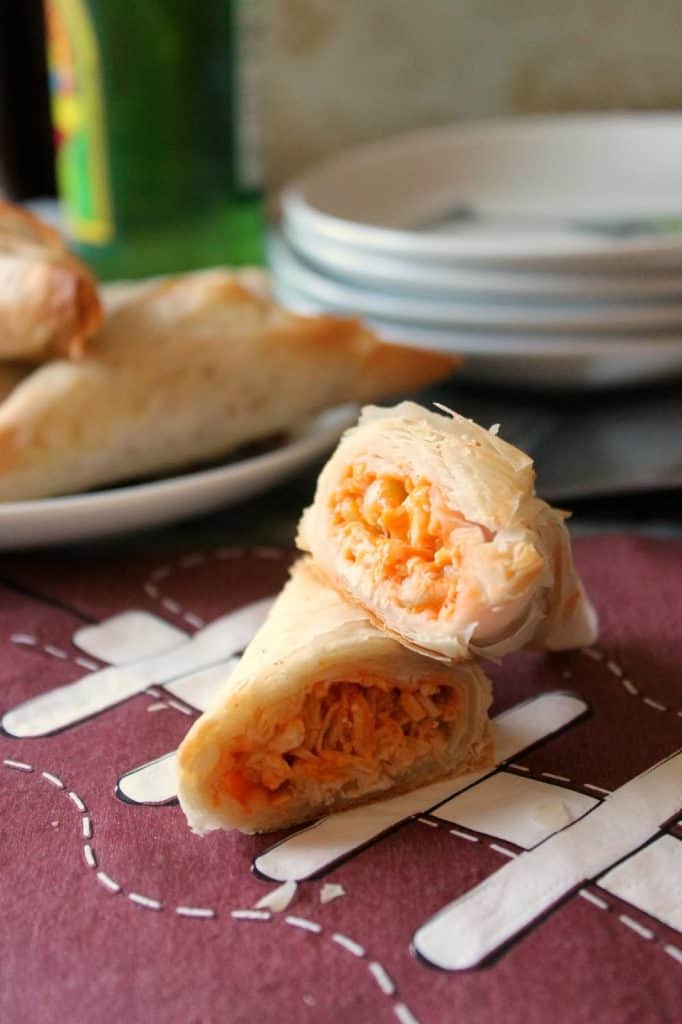 You may be tempted to bust out one of those cans of crescent rolls for ease of preparation... but can I just be completely honest and tell you that I'm not a huge fan? First of all, who doesn't have an anxiety attack popping one of those things open? It's like a Jack-in-the-box gone awry. Second, there's just something about the light-as-air layers of the phyllo that can't be imitated. It's a tiny bit of extra work, but it's worth it.

So, as you sit there watching your game with stain-free couches and clean fingers... you can thank me. 😉 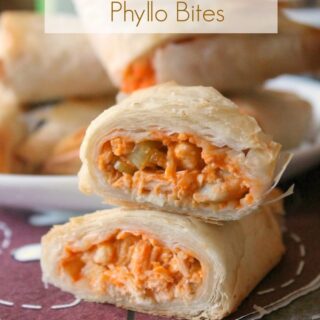 Note: Let them cool a bit before taking a bite... they are molten in the middle! Take it from me and the scalded roof of my mouth. 😛