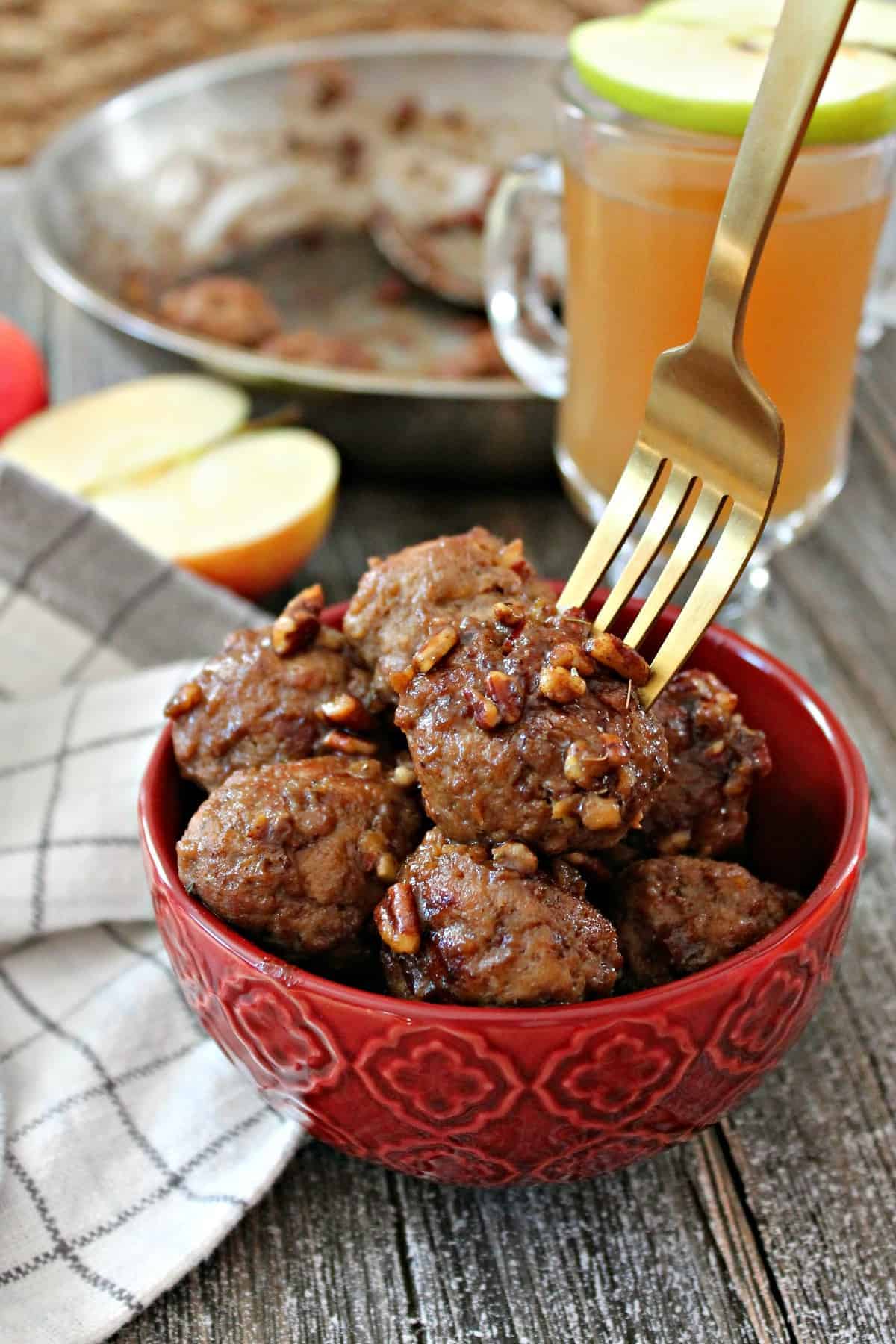 Even though it's been a little more than two years since I switched to a mostly pescatarian diet, I still cook meat for my husband who is more of a "flexitarian" these days. Our {dietary} lives are complicated.

I may not be eating the meat I'm cooking, but preparing it the same way each and every time can get pretty ho-hum. You know me, always looking for ways to spice things up. One of the easiest ways to give a twist to a plain recipe is to think of seasonal ingredients that could make it more interesting.

Trader Joe's {where I do the majority of my grocery shopping these days} does such a good job of highlighting all the seasonal produce and limited time products that it's hard to avoid tossing them all into the cart. One one of my last trips I saw that their Spiced Apple Cider was back on the shelves, and though we typically don't drink juice, I picked up a bottle, knowing that I would find a way to use it in a recipe.

Sure enough, a few days later I was scouring some old cooking magazines {as I do... I have a whole stockpile} and I found a cider-glazed chicken recipe from Cooking Light that called for apple cider. With a few tweaks, I transformed some ground turkey into the juiciest little mouthfuls of autumn, bursting with fall flavors and the coated in the most delicious syrupy glaze. 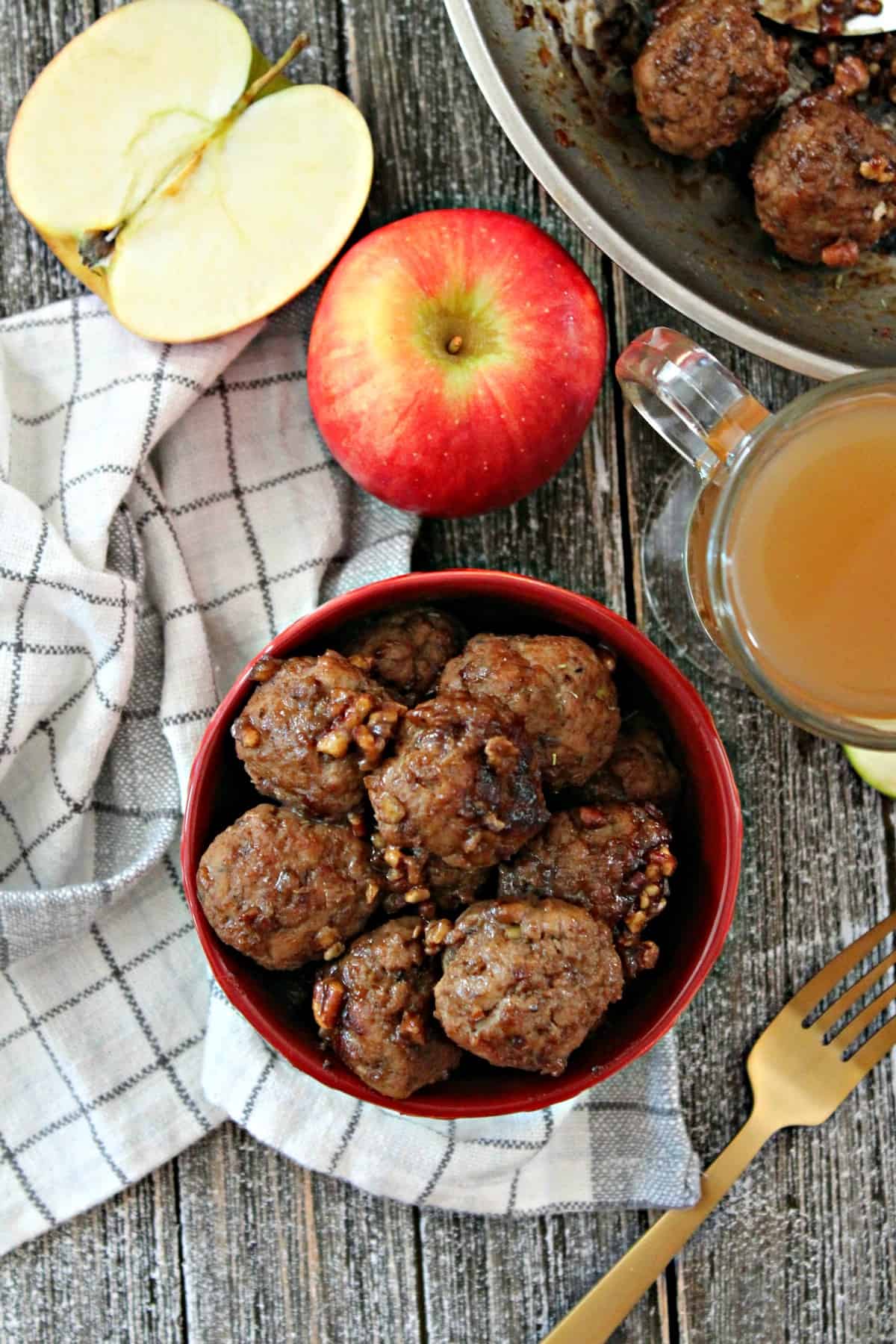 I shredded an apple and added it into the ground turkey meat to give the meatballs a bit of extra moisture and flavor, and it proved to be a very good idea. Reducing the spiced apple cider down and adding that hint of Dijon mustard for a little kick results in a mouthwatering glaze that perfectly coats each bite. Though it's been a while since I last ate any meat at all, I couldn't resist trying just one and it was sooooo worth it. {Which is why the recipe made it onto the blog. Couldn't keep it to myself.}

Back when I used to make them all the time, I would often bake my turkey meatballs, and while you could probably do that with these, I think lightly frying them up in the pan and scraping up the brown bits as you create the glaze gives an extra layer of flavor that you'd miss out on a little by baking them. At the very end of cooking, I tossed in some toasted pecan bits which isn't absolutely necessary but gives them a nice little crunch, so don't hesitate to follow suit. 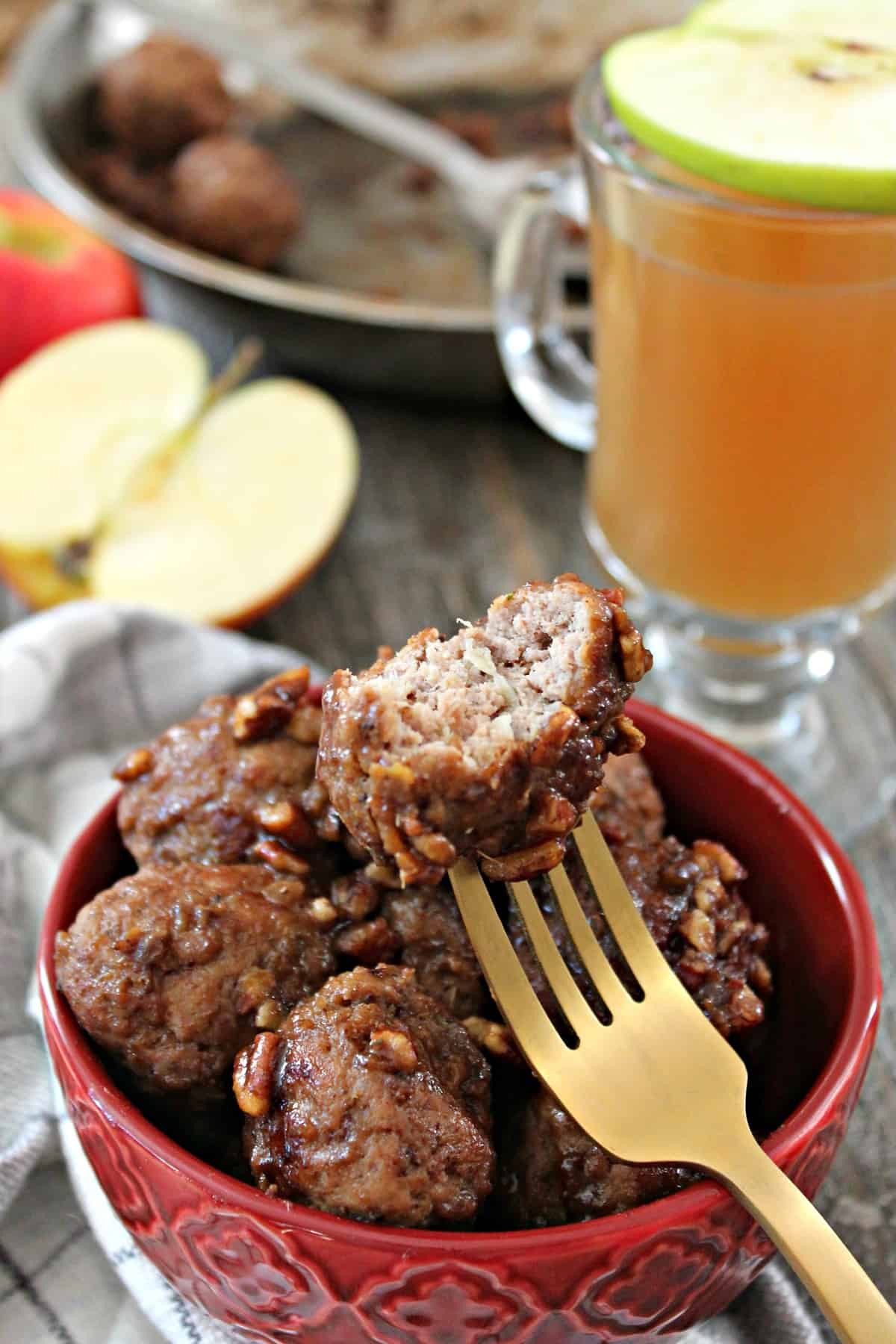 I served these up with a side of quinoa and a veggie for dinner, but they would also make great fall party hor d'eouvres or an appetizer nibble for the holidays.

Next time you need some inspiration for jazzing up your meals, let the grocery store aisles guide you! You can't go wrong with a seasonal twist on old favorites. 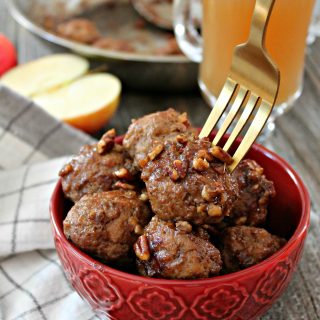