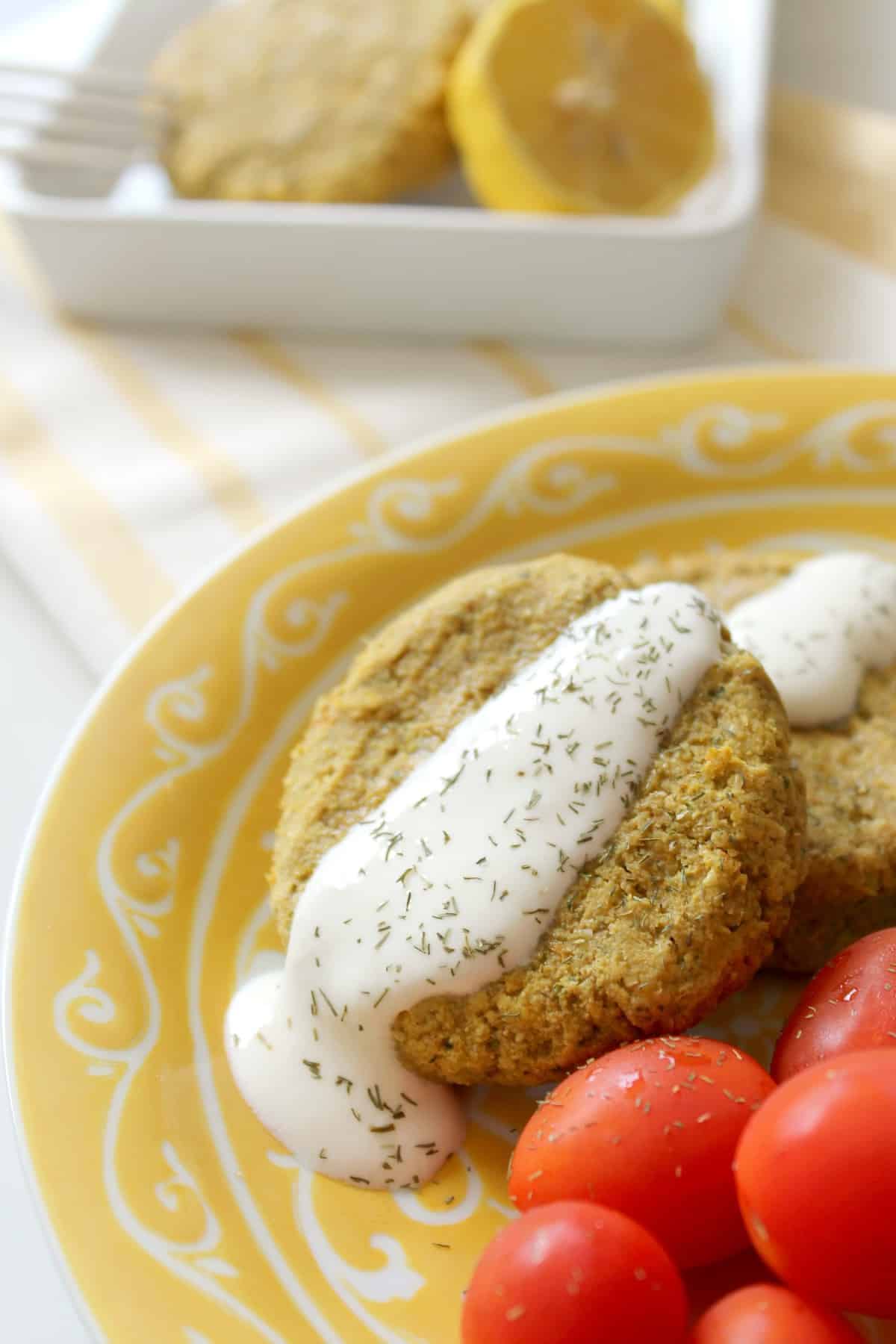 I had to put Cole in time out last weekend because of a fit he threw over wanting more "rice." {It was actually farro salad, but it's all the same to a 20 month old.} He knows what he wants and when he wants it, especially when it comes to food. He is most definitely my child.

Given the opportunity, he would gladly eat a diet consisting solely of omelets, broccoli, brown rice, "toast" {sprouted grain bread usually slathered in mashed avocado} and "cookies" {Little Yums Teething Wafers that we give him as a treat.} But he doesn't get the chance to choose what he wants to eat most days because he is one, and if we give him an inch, he'll take a mile. I do, however try to make the majority of the foods I give him as enjoyable to eat as possible, because no one should have to eat bland, unappetizing meals! Maybe that's why he's developed a taste for sriracha and hummus.

We have been lucky so far that we've had great success in exposing him to a variety of textures and flavors without too much of an issue.* That doesn't mean that he is cooperative every single day, but right now he doesn't have much of an option because he knows that mama means business when it comes to food.

I am always keeping an eye out for recipes that I think we can add to his list of immediately accepted foods -- it makes my life so much easier when I'm having a busy day and need to whip something up quickly. Because we don't cater to him with "kid foods" {and because we haven't faced a stand-off yet}, he usually eats some version of whatever I'm eating and vice versa. So it's a double win if it's something I wouldn't mind eating, too.

A few weeks ago, I was sent a few cookbooks to peruse and among them was The Best Grain-Free Family Meals on the Planet by Laura Fuentes. Though the title was something that would normally catch my attention, I didn't get to leaf through it right away and I promptly forgot about it. Then, while picking up the living room {for the 23rd time that day, I'm sure}, I came across it again and decided to give it a look.

That's where I found the idea for these bean patties, along with a host of other recipes that I'd definitely try. Laura calls her version of these "Veggie Falafels", but unlike traditional falafel, hers are made with no beans, just veggies. I made mine with white beans {because I was out of chickpeas}, and I loved the result. 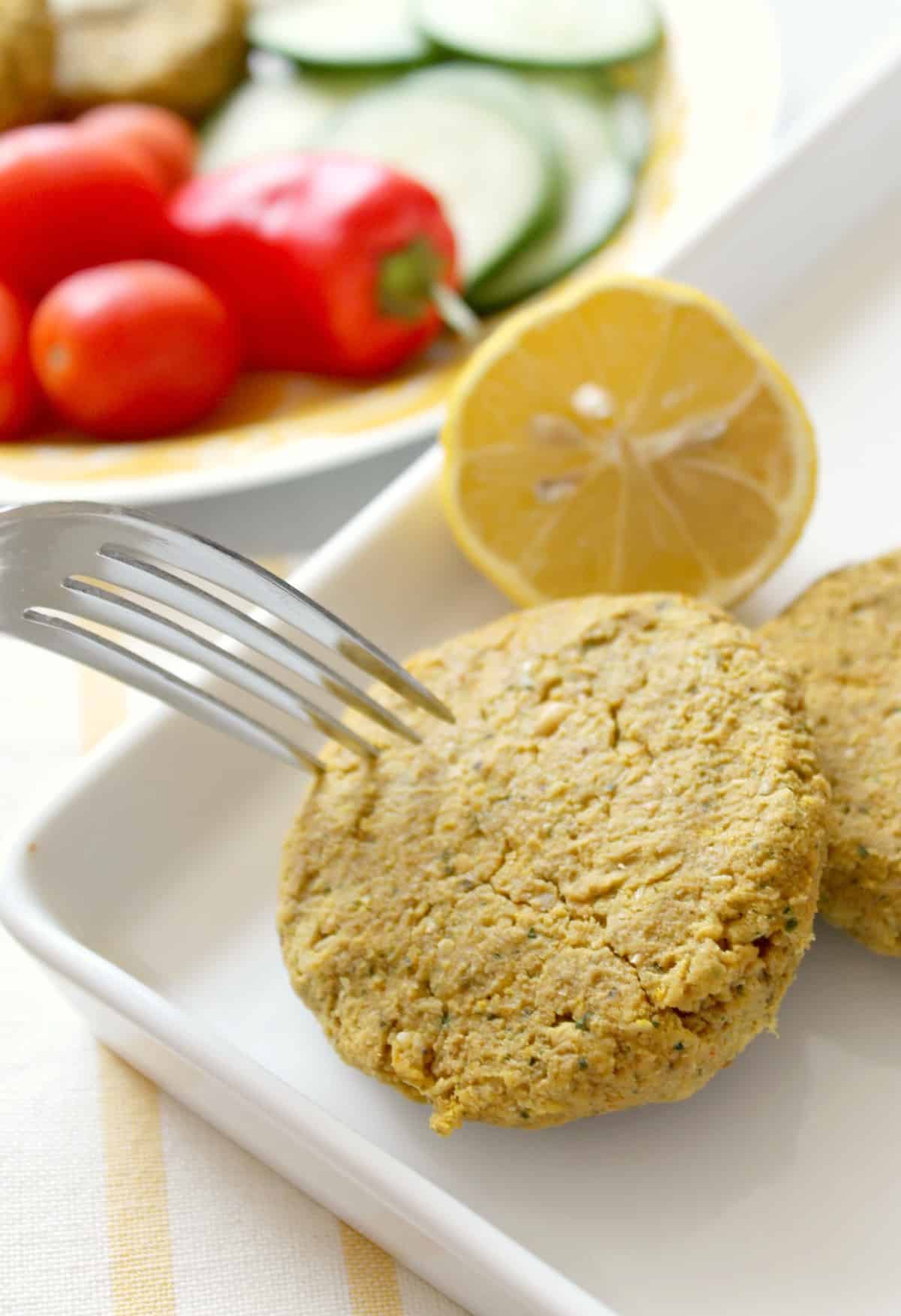 These patties are packed with all kinds of good stuff and they're easy to make ahead and have handy for the week. Beans, cauliflower and turmeric are among the ingredients that get tossed in to these patties, though you could easily add a variety of other healthy things, too. I serve these with a little dollop of Greek yogurt, and Cole gobbles them up happily. Success! 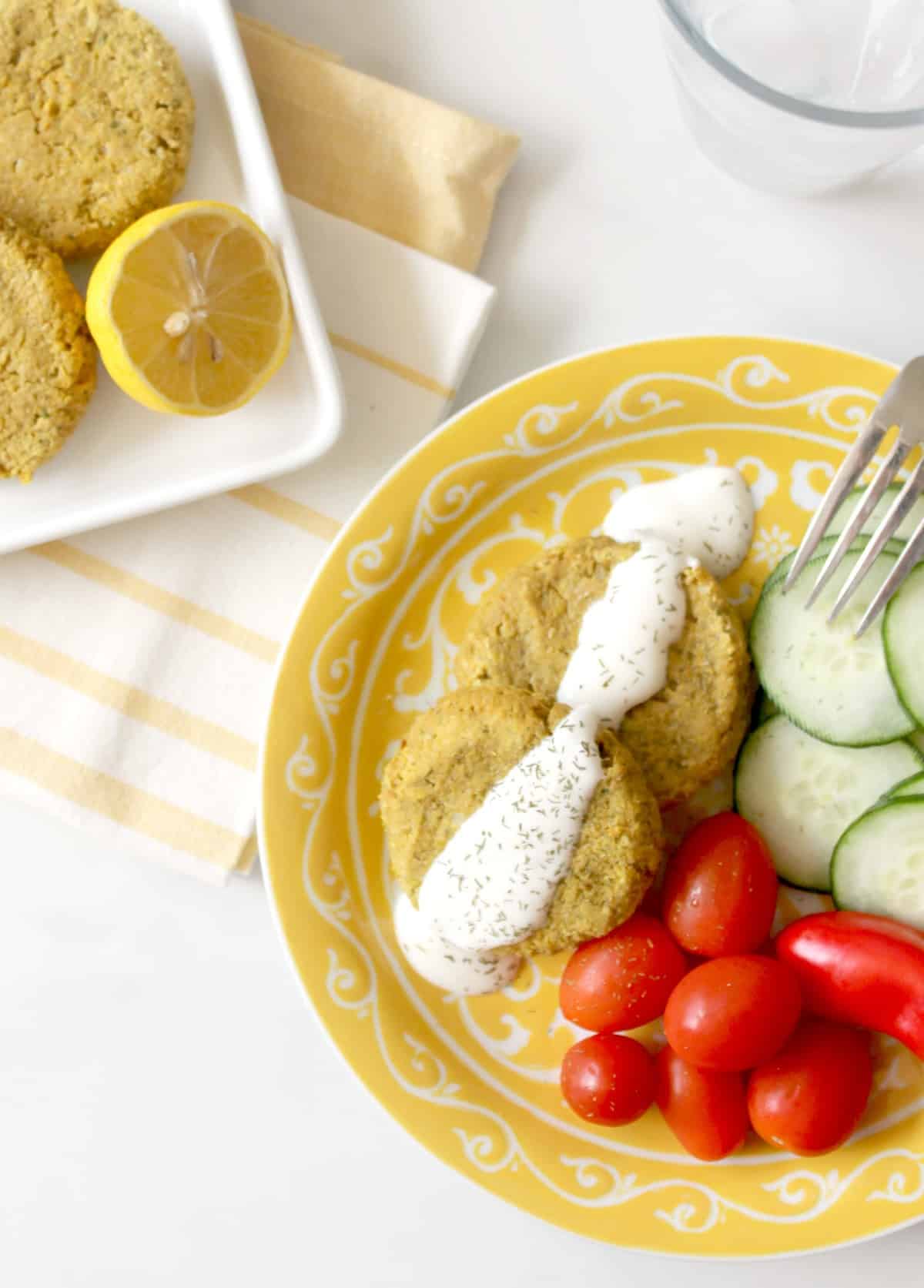 I just hope they won't be SO popular that they become the catalyst for the next mealtime meltdown.

*Note: Cole took FOREVER to start eating solids on a consistent basis. He never enjoyed purees and it wasn't until he could pick up food with his own little fingers that he became a "good" eater. So, to parents of little ones who are knee-deep in "the struggle"... there's hope! xo

Disclosure: I'm often sent complimentary cookbooks for review. I was not compensated for this post, I just genuinely liked several of the recipes in it. As always, all opinions here are my own.

The Kitchen Prep
Beans, cauliflower and turmeric are among the ingredients that get tossed in to these patties, though you could easily add a variety of other healthy things, too. I serve these with a little dollop of Greek yogurt, and Cole gobbles them up happily. Success!
Print Recipe
Prep Time 15 mins
Cook Time 20 mins
Total Time 35 mins
Course Appetizer, Lunch, Main Course
Cuisine American
Servings 8 small patties

- Serve with a dollop of yogurt or with a side salad.
- These patties are soft right out of the oven, but will set up a bit as they cool. This recipe was adapted from The Best Grain-Free Family Meals on the Planet by Laura Fuentes.
« Crispy Beet Sliders
Charred Corn, Zucchini & Tomato Tacos »