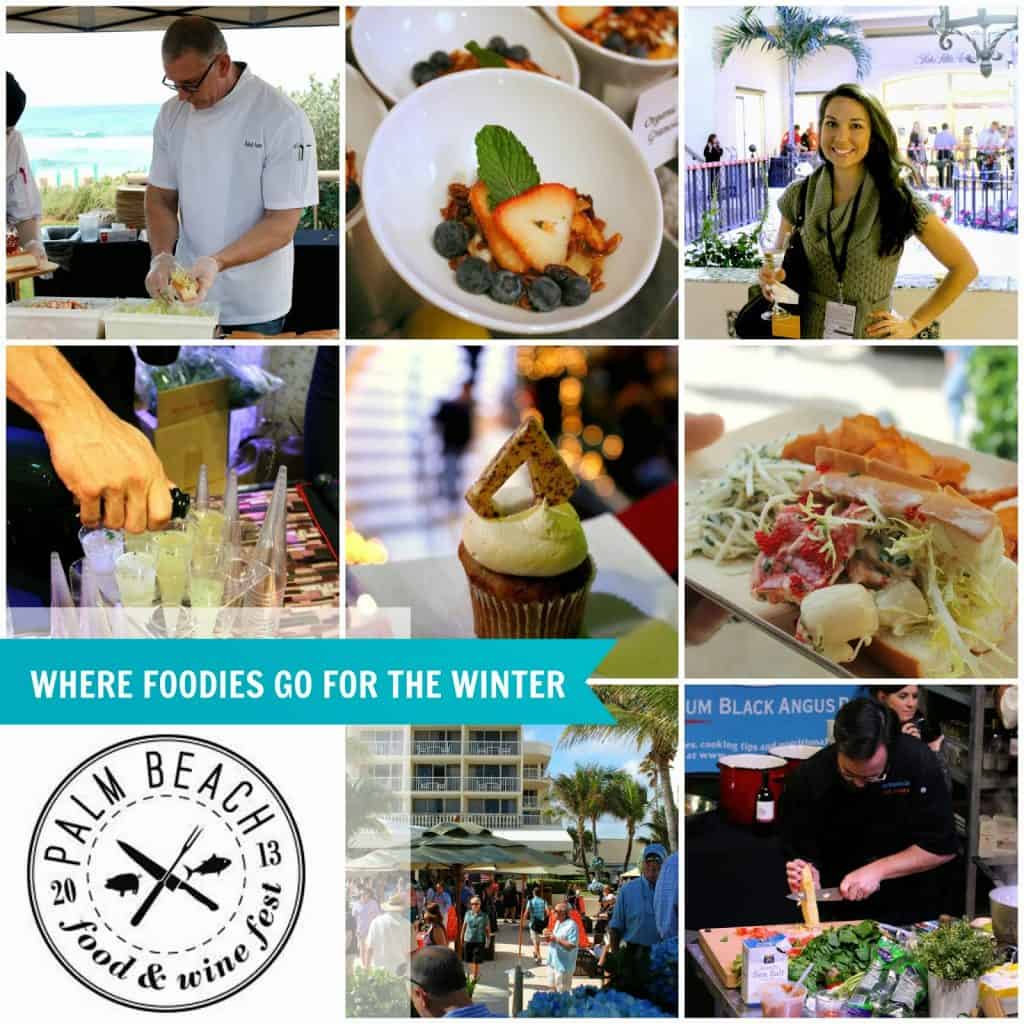 Where can you mingle with world-renown chefs and food TV personalities while sampling some of the finest examples of culinary genius around, all in the name of charity? The Palm Beach Food & Wine Festival, of course!

I had the distinct pleasure of attending a few of the 7th Annual PBFWF events last month, and I can't say enough about what a great experience it was... though it's taken me this long to post about it. Darn holidays.

Anyway, being a month a little late with the post has allowed everything to sink in and I'm ready to share my experience with you so you'll be pumped for when PBFWF comes back around next year.

Many of the PBFWF events took place at the gorgeous Four Seasons Resort in Palm Beach. Let's be real: You can't go wrong with an event at a place that looks like this.

Chef Talk at The Four Seasons

I was able to attend the Chef Talk, where chefs Daniel Boulud {Cafe Boulud}, Michael Schwartz {Restaurant Michael Schwartz}, Mike Lata {FIG}, Stephen Stryjewski {Cochon}, and Giorgio Rapicavoli {Eating House} discussed their thoughts on the James Beard Foundation. Though they all agreed that being a JB Award winner -- and even nominee -- is a grand honor that all chefs covet, they also seemed to concede to the fact that the award is never the true objective.

Each of the chefs have experienced success in some aspect; some touting world-renown accolades, others just beginning their journey in the new, uncharted world of reality TV-fueled fame. But no matter where they consider themselves in their career, the consensus was the same: The ultimate goal is to provide an exquisite dining experience to those who really matter -- their customers.

I had a whole page of notes including fun little anecdotes {think: Boulud sharing his "finger" salt measurement technique with the audience} and details pertaining to each chef, but alas, in my excitement I exited the talk and left them behind. It's a wonder that I never became a real journalist, huh? Sigh. I'm sorry. But tell me you can concentrate with this surrounding you:

After the talk, Steve and I {he was my camera-holding assistant for the day} decided to walk around the resort and take in the scenery. We ended up finding ourselves smack in the middle of setup for the next event. It's a funny thing to unexpectedly run into people you've only ever watched on TV. {Steve may or may not have stalked Unwrapped Marc Summers for a picture, claiming that he could not leave without taking a picture with the "Double Dare" host. Oh, children of the 80's.}

Though we weren't officially part of the Chillin' N Grillin' event, we got a little taste of what was to come for attendees as we watched chefs like Jeff Mauro {The Sandwich King} and Robert Irvine {Restaurant Impossible} set up their stations and banter with onlookers. There were more events to come that evening, but we packed it up and headed home since we were technically stowaways, and we knew we'd have a chance to nosh on some tasty bites during the Grand Tasting.

The Grand Tasting is the culminating event of the PBFWF and, in my opinion, a place you definitely want to be. Nearly 100 vendors were set up along the amazing, two-story courtyard at 150 Worth Avenue offering everything from savory bites to sinful sweets and perfectly poured cocktails. 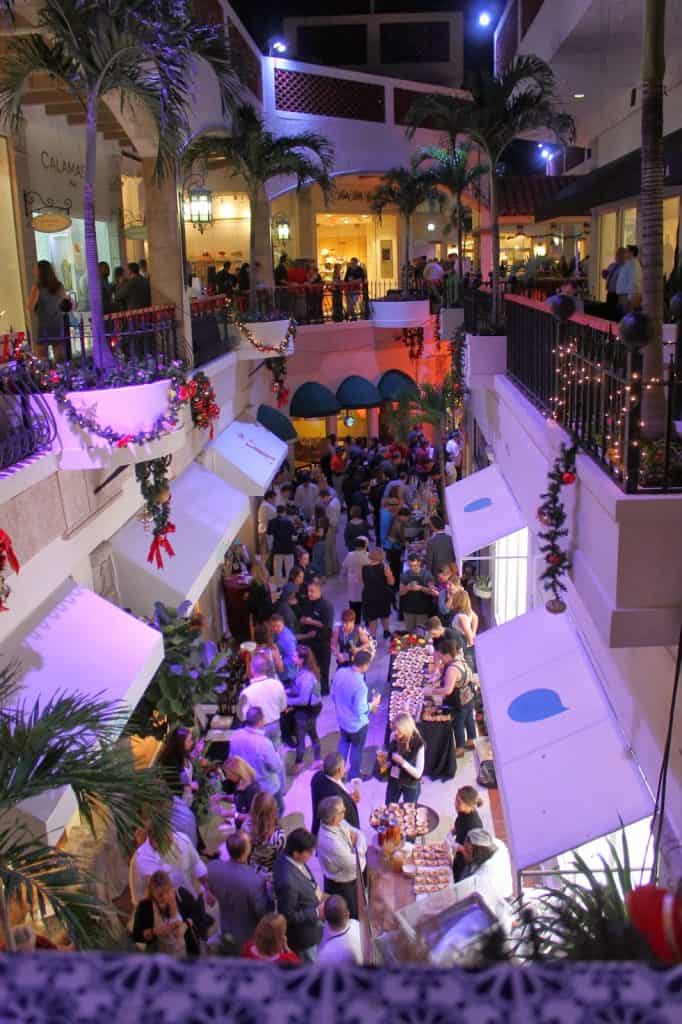 Among them, were my friends at Echo, the impeccably coiffed mavens of HMF at the Breakers and even my buddies from Whole Foods Market Palm Beach Gardens!

It was sensory overload with sights, sounds, smells and tastes bombarding you from every direction -- in a very good way. I'll let the pictures tell the tale... 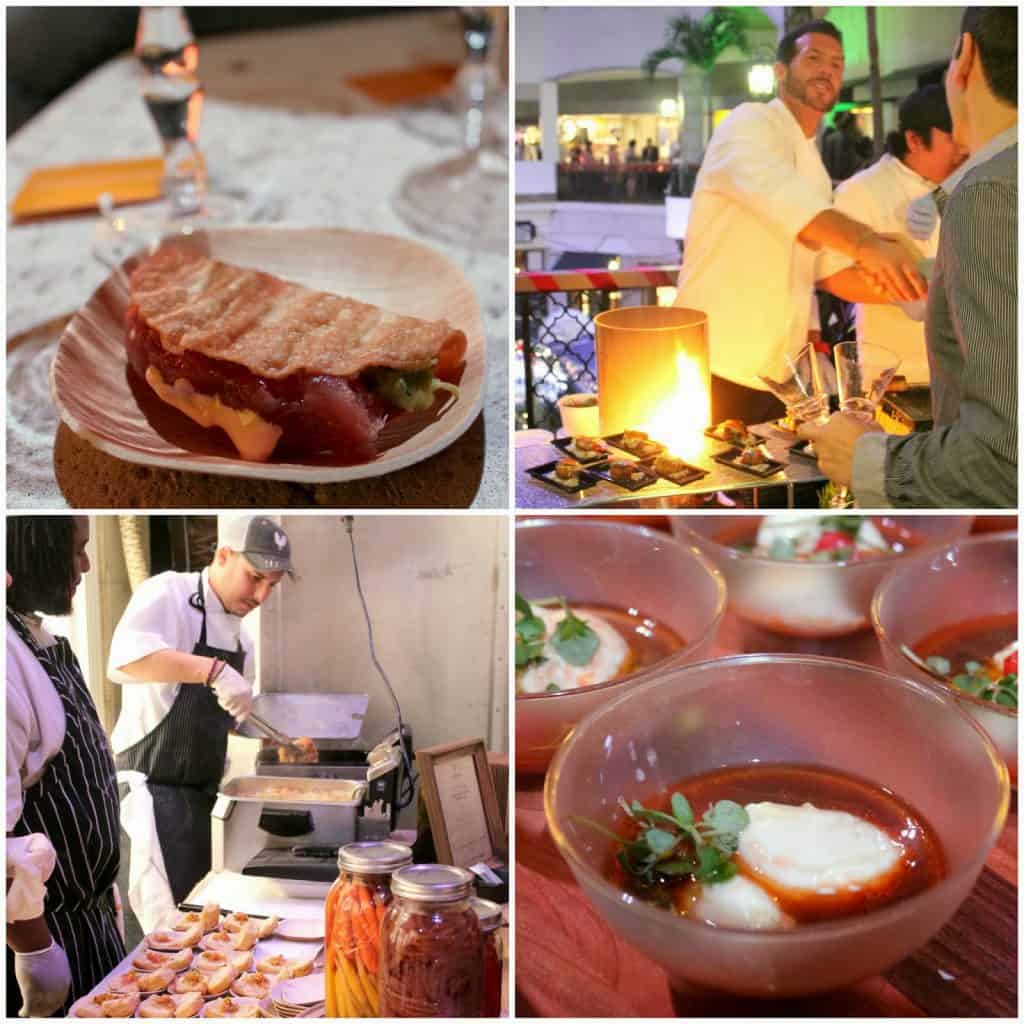 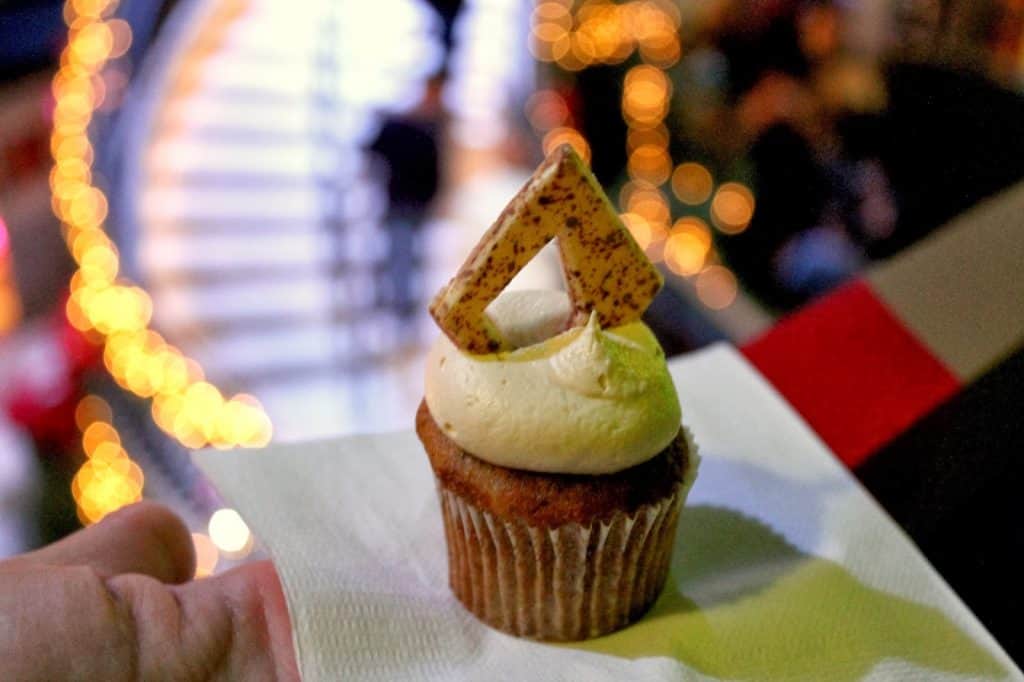 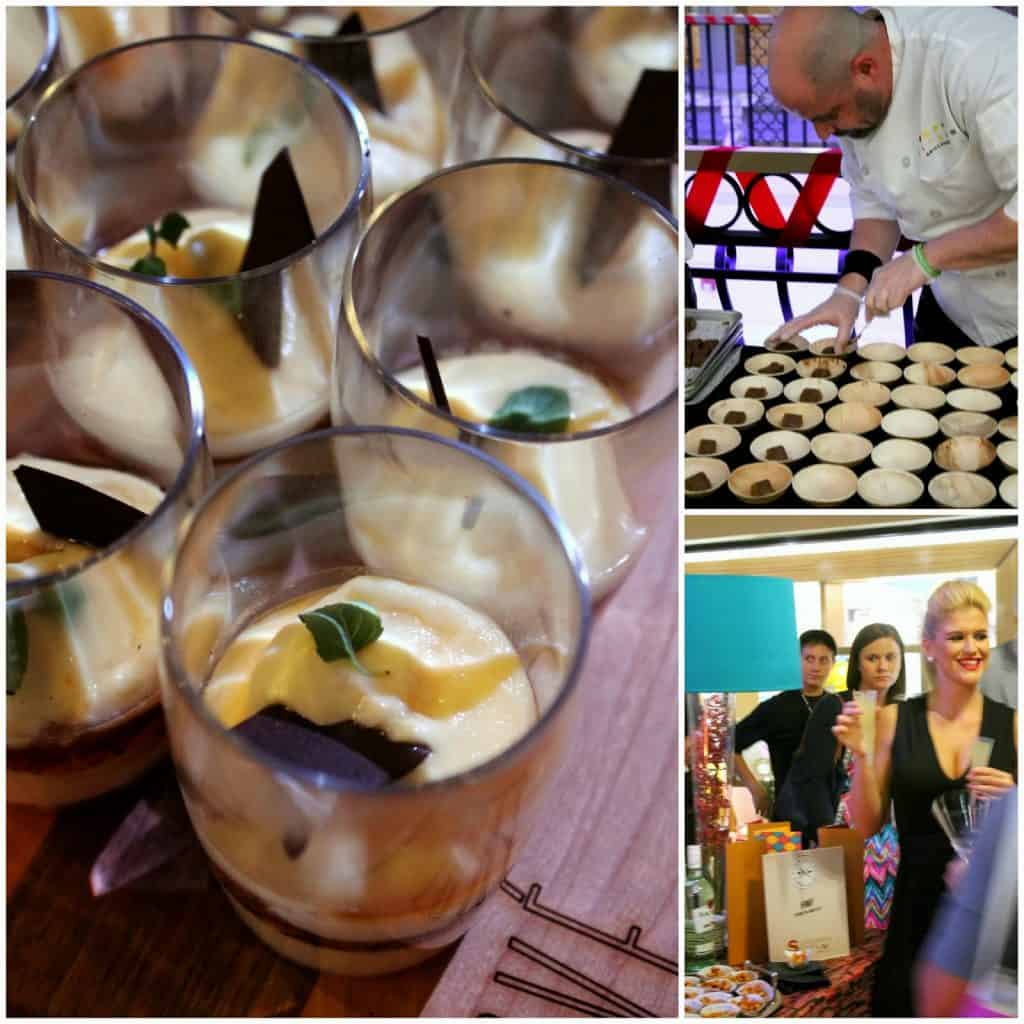 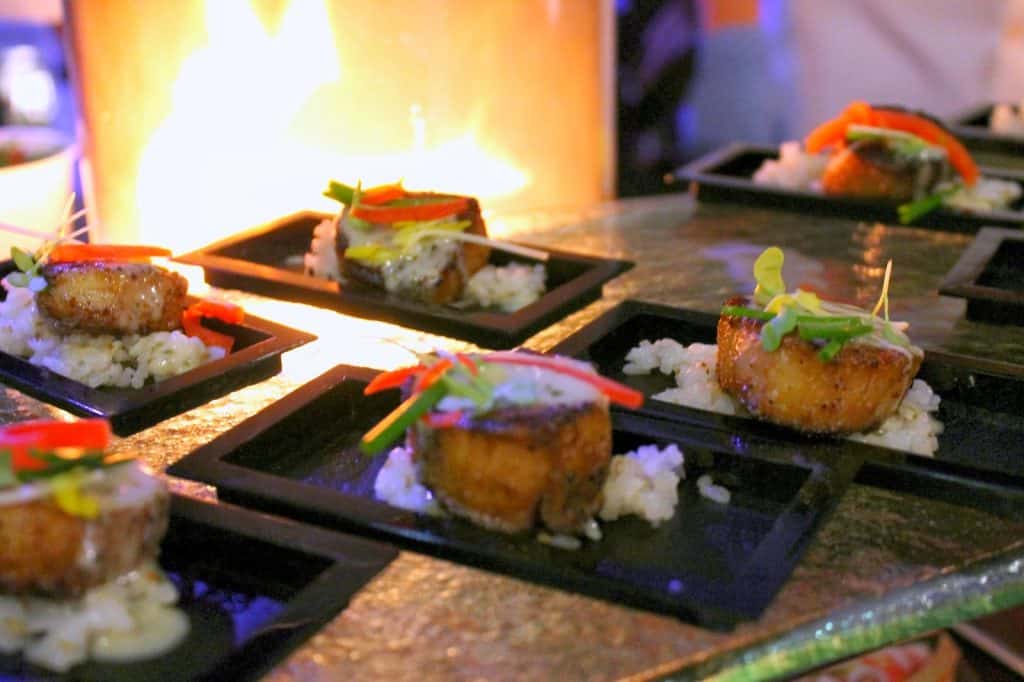 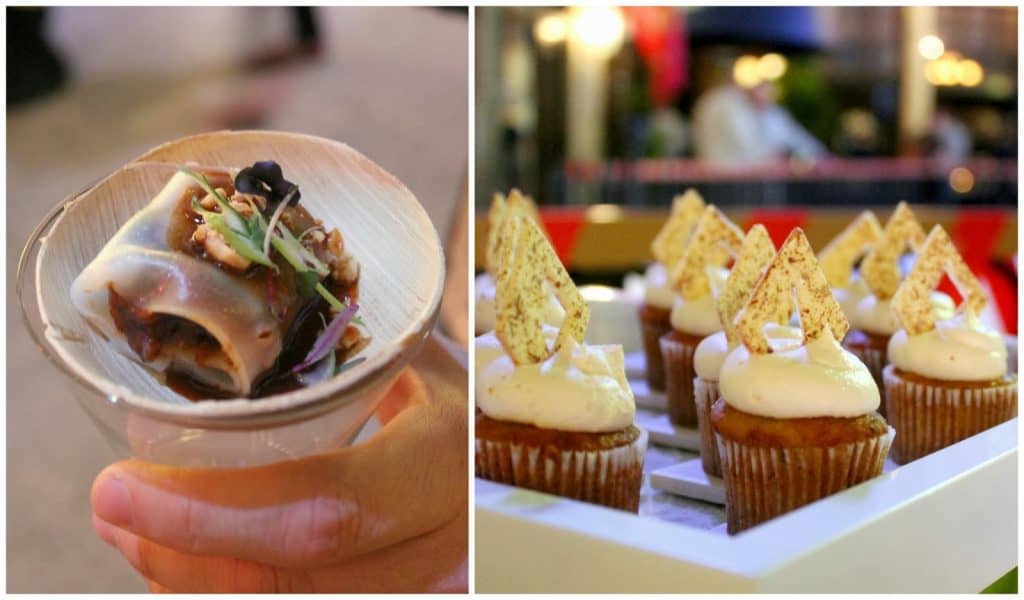 As the final event of the evening, The Grand Chef Throwdown presented by Creekstone Farms showcased the skills of three chefs {Edward Dickens, Scott Varricchio & Eric Grutka} as they battled it out in a 30 minute cook-off {complete with "mystery ingredient"} where the winner would take home $10,000 to split with a charity of their choice... not to mention bragging rights.

The judges Virginia Phillips, Nathan Stambaugh and Lindsay Autry {remember her from my visit to Sundy House?} had a tough, but delicious, task ahead of them in choosing the dish that would win the dough. 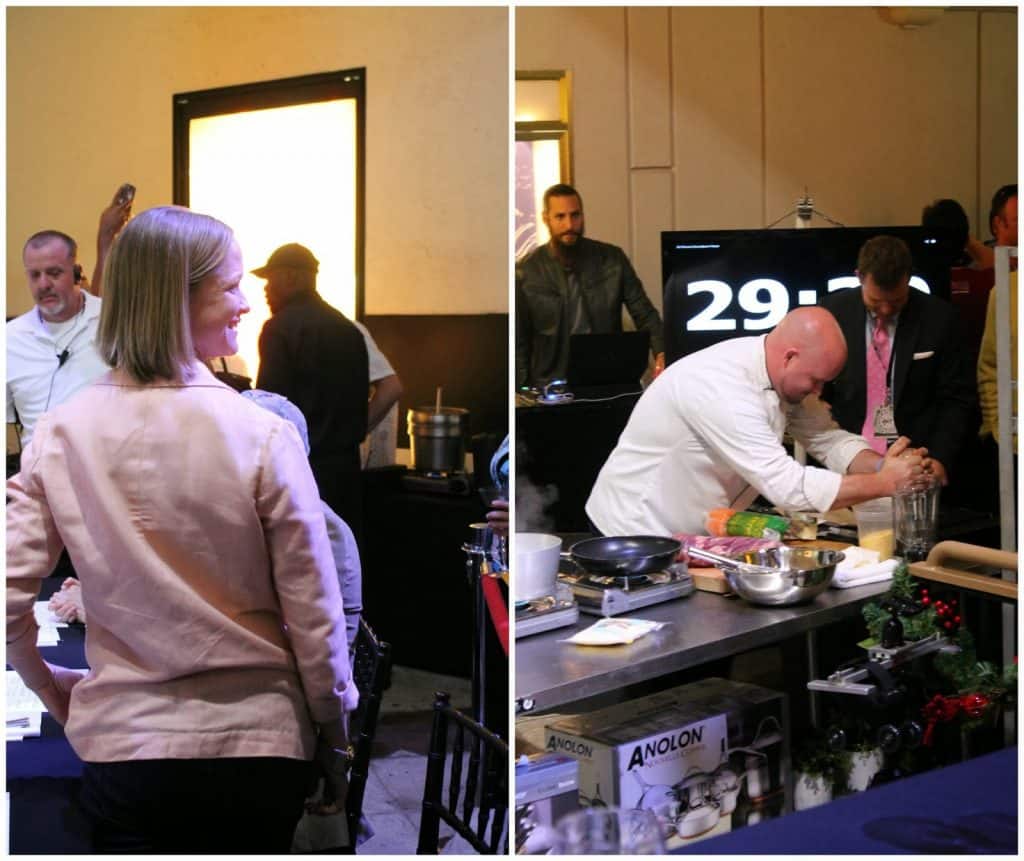 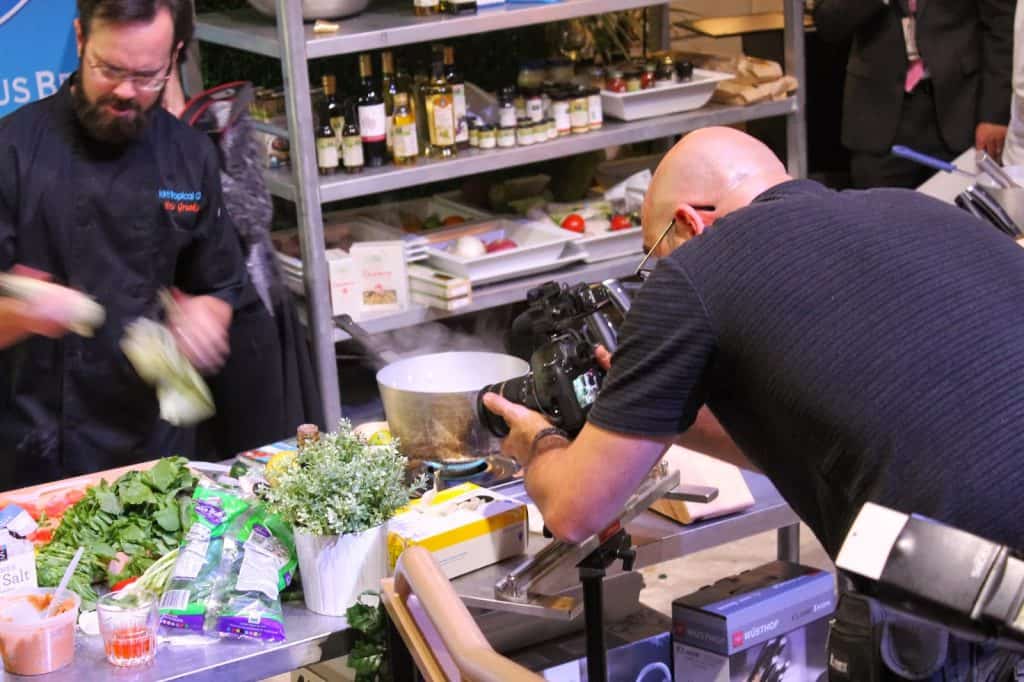 In the end, Chef Eric Grutka of Ian's Tropical Grill & Crush Wine Bar beat out the other two chefs securing his win for the second year in a row.

I had a fantastic time at the PBFWF... my only regret was not getting to attend more of the events! {They all looked absolutely amazing.} But now that my eyes have been opened to the wonder that is this great foodie festival... you know where you can find me next year!

Follow the Palm Beach Food and Wine Festival Facebook page for updates and information for next year's event.

Disclosure: I was provided with tickets to the two events mentioned in this post in exchange for media coverage. As always, all opinions are my own.