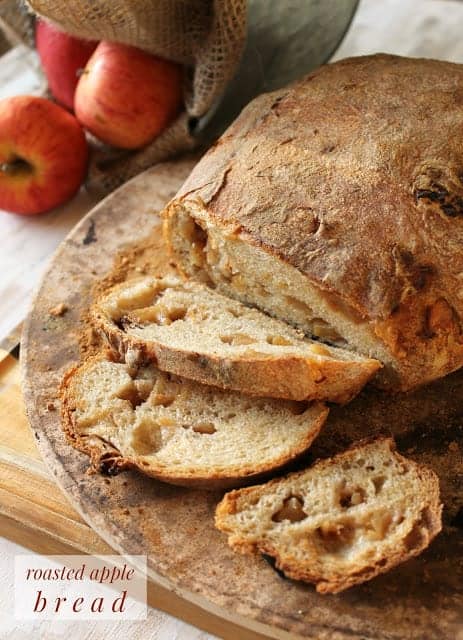 I do a lot of reading about blogging tips and keys to success, and what I've found is that most resources suggest very similar practices across the board:

And then, when I'm done taking notes, nodding my head emphatically and thinking, "Yes, this all makes perfect sense!"... I turn around and DO NONE OF THOSE THINGS. ::: facepalm :::
As much as I'd like to follow the prescription to blog prosperity, I just don't have it in me to follow directions. {When it comes to blogging, anyway. I'm a rule-follower for the most part in real life.}
I've tried scheduling, creating an editorial calendar {which I do have but have a hard time sticking to}, creating stupid-simple things that can be reproduced by folks who can barely boil water, and sharing recipes that can be made "on the cheap." I've tried sharing tips and video {like, once} and step-by-step tutorials {but, gah, I hate those. So much.}. I've tried being a "good blogger", and you know what? It isn't for me.
So, I will most likely never be a "Pioneer Woman" or write a million cookbooks or appear on The Today Show. {Don't cry for me, I'm ok with it.} But I will do what comes naturally to me and share whatever the heck I want -- fairly often but not like clockwork -- and hope that you all keep coming around so that I'm not talking to myself over here.
But if not, that's ok, too. Because I will be happily stuffing my face with things like this Roasted Apple Bread. 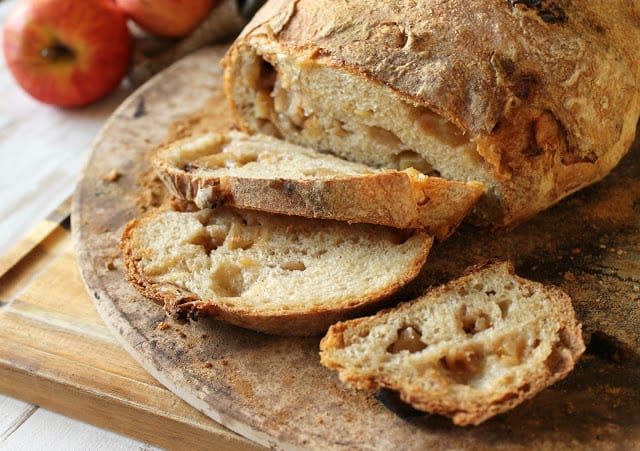 With a crunchy exterior and a soft, chewy interior dotted with roasted cinnamon-sugar apples, this bread is hard not to devour in one sitting.
Yeah, it takes forever. It's kind of a mess to make. It's "easy" as far as bread-baking goes, but most normal people have no desire whatsoever to undertake the task of baking their own bread. I get it.
But, oh my. The feel of squishing your fingertips into puffy, risen dough. The smell of fresh bread baking in the oven. The ability to share bread that came out of your actual kitchen, that you made with your actual hands. There is just too much joy in that for me not to share because it doesn't fit the guidelines. Forgive me. 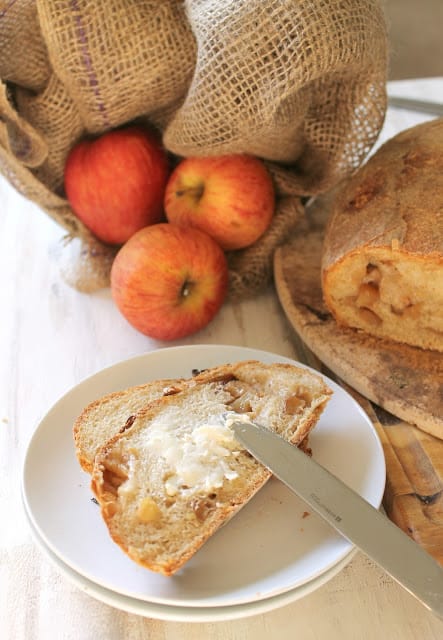 On the plus side, bread is pretty inexpensive to make. And it doesn't take very many ingredients. And you get to eat it while it's hot and fresh.
That's all the convincing I've got for you. 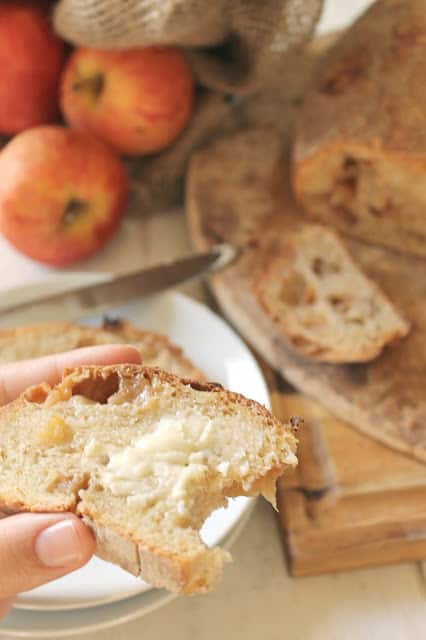 While I may never achieve true blogging success, I'm happy to settle for bread success. And this is it!
*The original recipe for this bread from King Arthur Flour contains chopped walnuts. Because I clearly don't like following directions, I decided to use chopped pecans instead... but then completely omitted them when I forgot to add them altogether. Oops. Bet they'd be good in there, though.  Also, this recipe suggests an 8+ hour rise {which I did allow to happen}, plus a 2 hour second rise. Since my first rise was done at 10pm, and I didn't feel like baking bread in to the wee hours of the morning, I let the bread rise in the refrigerator overnight, then removed it in the morning and let it sit at room temp for about 30 minutes before baking. I wound up putting it in the oven at 5:30 a.m. because that's when my kid woke me up. So after all that, I ended up baking in the wee hours of the morning anyway. Life's a funny thing. Anyway, just letting you know because if you need to do an overnight second rise, it'll still work out. The end. 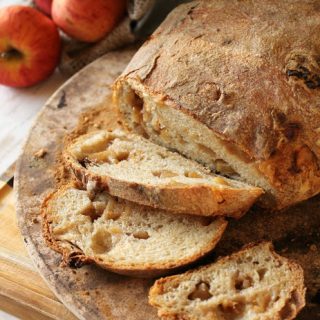 Now... take a bite and admit it was worth all the work! 😉