Shrimp Fricassee! This rich, saucy shrimp dish has a satisfying, stick-to-your-ribs quality that makes it a perfect dish when you're craving a hearty meal. 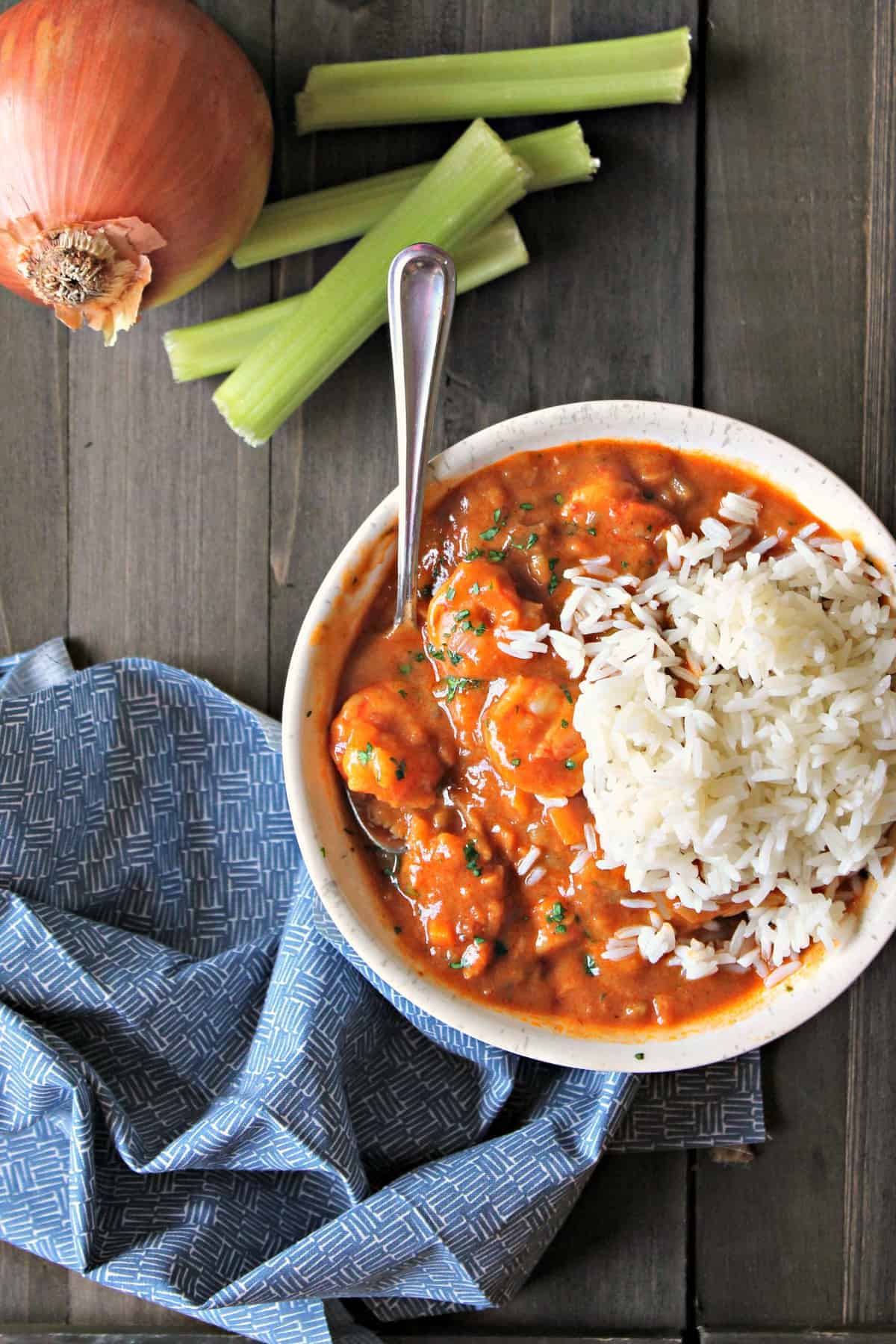 I spent so much time and energy writing my "Things to Eat, Drink & Do in New Orleans" post that, in the end, I purposely excluded the recipe that I originally wanted to include in that post: Shrimp Fricassee.

I figured no one would scroll allllllll the way down the post {it was a long one} and I sure didn't want to risk having anyone miss out on this bowl of hearty goodness just because I'm long-winded. So I decided to give this its very own, stand-alone post to ensure that it got a chance to shine, front and center.

In honor of Mardi Gras, I wanted to share something with some Louisiana flair, and I found just that in a recipe I found, fittingly, in Louisiana Cookin' Magazine. The original recipe was for Crawfish Fricasee, but since those little mud puppies aren't as easy to get your hands on down here in South Florida {I don't typically see them, at least} I swapped them out for plump shrimp instead. 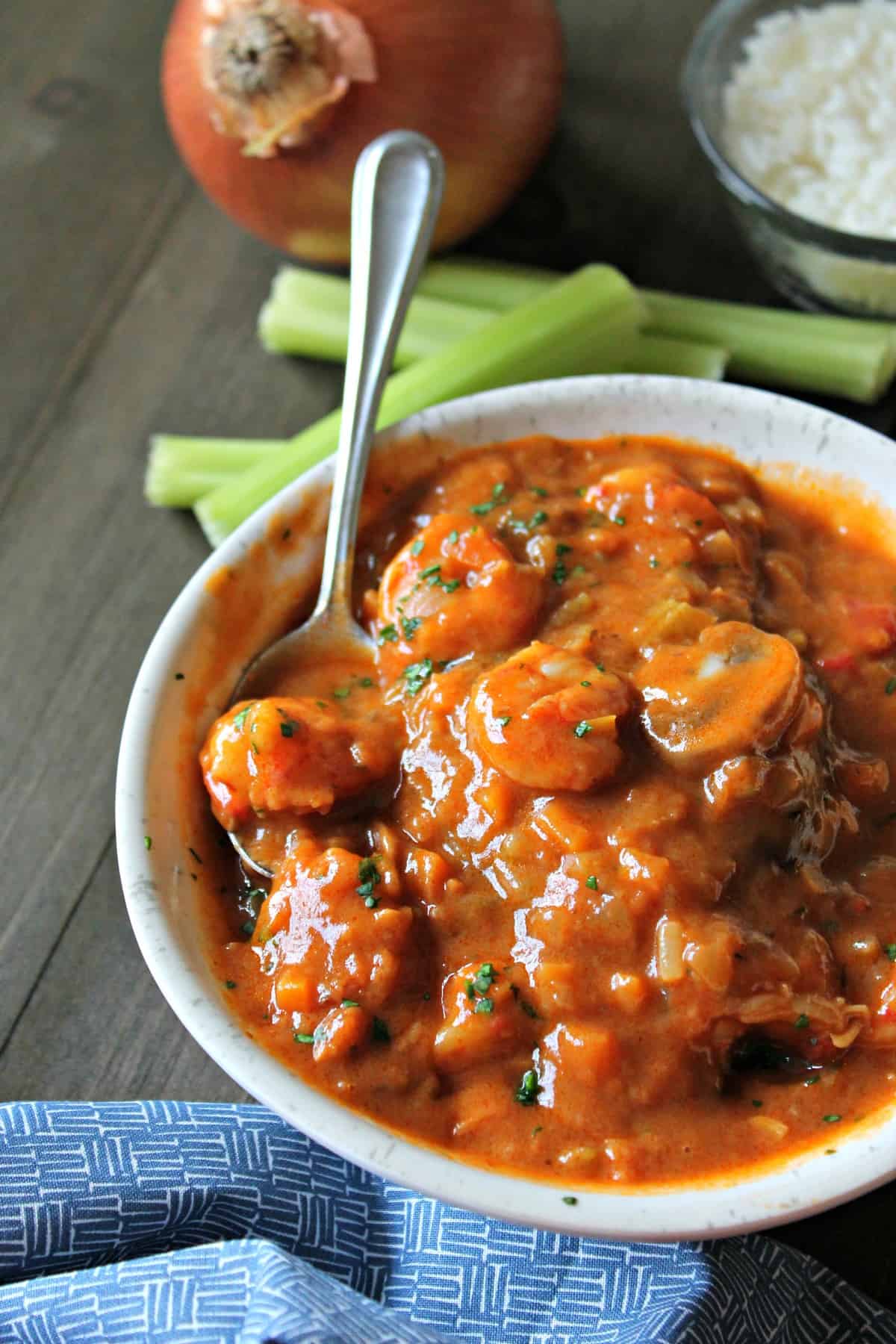 I know that there are strong traditional methods of cooking certain things that probably shouldn't be tampered with lest you want a feisty Cajun on your case, but I went right ahead and made a few little changes that, luckily, I don't feel hurt the integrity of the dish.

I reduced the amount of butter and flour that forms the blond roux {the thickening base for many of Louisiana's most beloved dishes}, and used vegetable stock instead of chicken stock just because that's what I usually have on hand. Though the amount of liquid may seem excessive once you pour everything in and let it start simmering, I can assure you that it reduces down to a perfectly thick, rich, saucy concoction that is ideal for ladling over a bowl of hot rice. 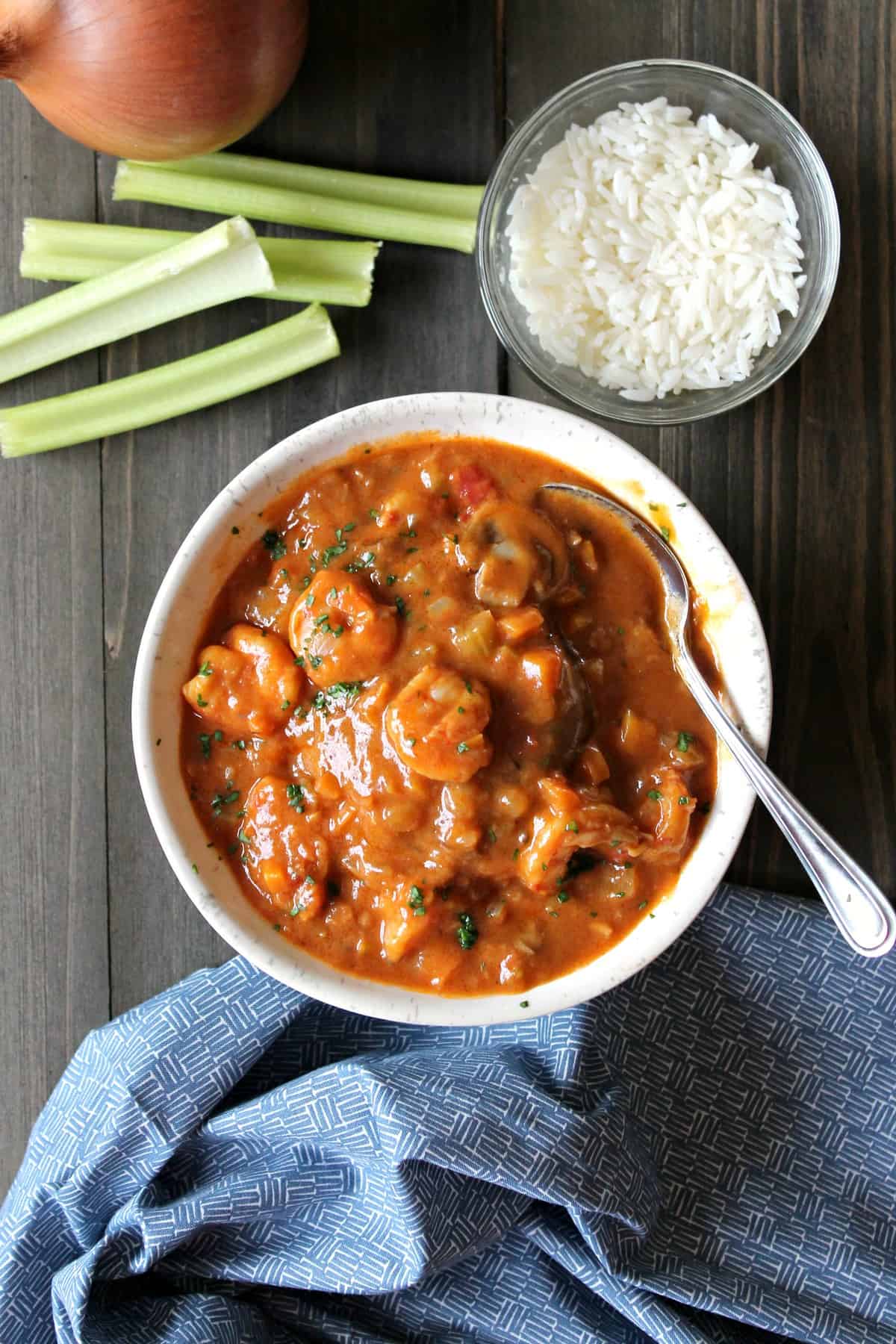 I'll stop talking so we don't get into that "long-winded" territory again. {Wait... are we already there??} I couldn't really do it justice in words, anyway. 😉 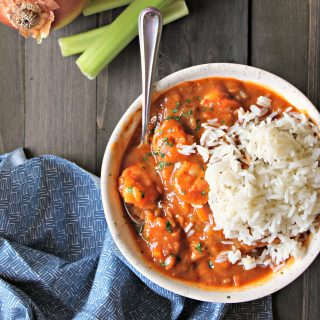